An Inside Look into SU’s Meme Culture 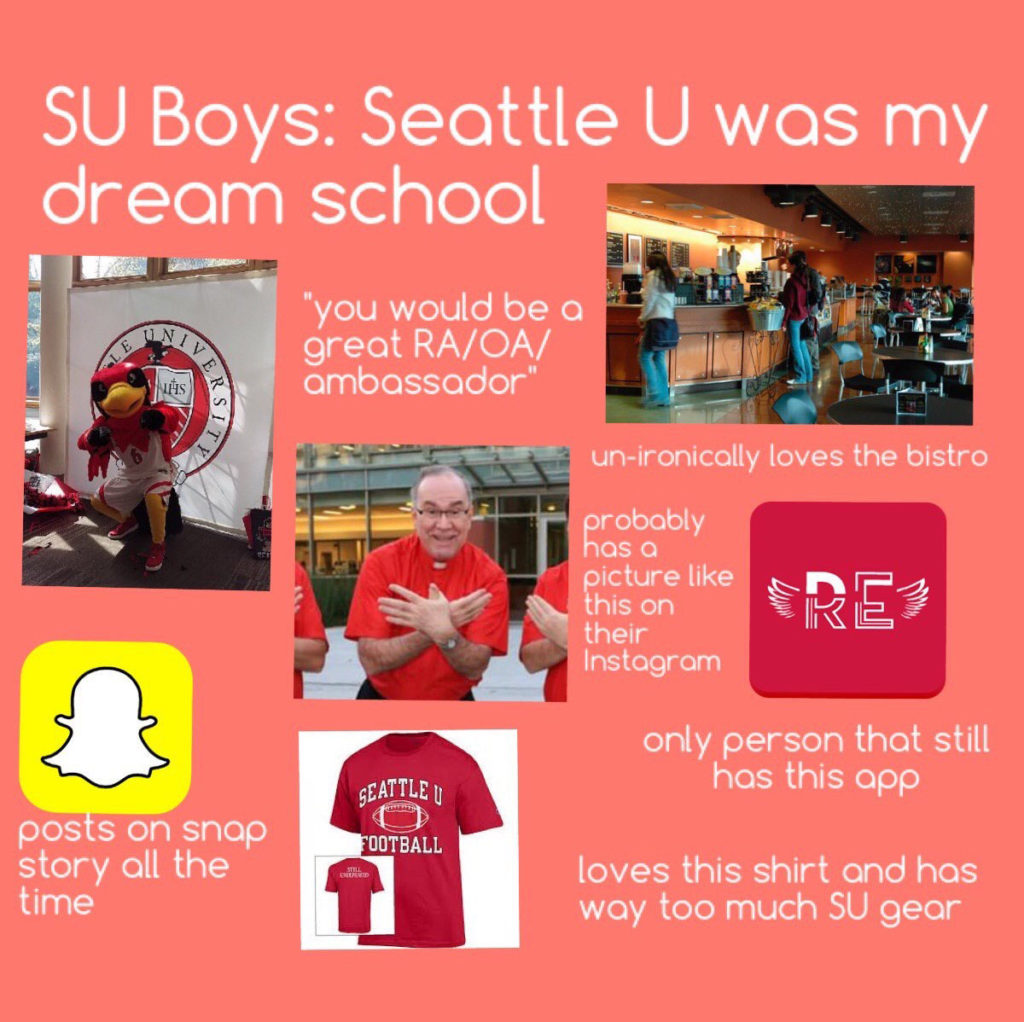 Memes: it seems like you can’t throw a digital stone without hitting one. They’re shared via Facebook, Twitter, Reddit—even your mom’s email. Heck, you can now get a college degree in memes (UC-Berkeley, among other universities, offers a program in Meme Studies).

The message of memes—though seemingly arbitrary—can have serious impacts, some of which are hateful and damaging. In August, Harvard University rescinded 10 acceptance offers because of anti-Semitic memes accepted students posted on Facebook.

In 2016, the Anti-Defamation League labeled Pepe the Frog—one of the first memes—a symbol of hate following an uprising of white supremacist groups creating racist, sexist and xenophobic Pepe memes that were shared on unmonitored online forums like 4chan and Reddit.

Memes, rhymed with “dreams,” emerged into online culture around 2008. Slowly, they made their way into the mainstream over the last decade, eventually morphing into the distinct form of rhetoric that we know today.

Young people are, by-and-large, the main consumers of memes, which is why it should come as no surprise that memes are ubiquitous on college campuses across the U.S.

Though Seattle University’s culture is different in many ways from that of a stereotypical American college (due to its Jesuit values and lack of a football team and Greek life), it does, in fact, have its own meme culture. And, as the hallmark of any meme culture, Seattle U even has its very own meme page: a Facebook group called “Jesuit Meme Dreams.” This page—a closed group to which one must be invited—boasts 360 members.

Despite the existence of Jesuit Meme Dreams, little is known about the university’s meme culture. Luckily, two of Seattle U’s famed meme creators were able to step away from Microsoft Paint long enough to speak with the Spectator about what kind of meme culture—if any—exists on our campus.

Schiele is well-known around campus for creating one of Seattle U’s most popular memes to this date called “SU Boys: a starter pack” which depicts four categories of dudes
on campus:

“The Athlete” who wears Seattle U-inspired attire, is probably in one of your UCORs and says that he plays sports as his fun fact, as if that isn’t completely obvious.
The “Seattle U was my dream school” boy who un-ironically loves the Bistro, probably has photos of himself giving the “hawks up” hand gesture on Instagram and actively recruits his peers to become an RA, OA or ambassador.
The “Albers Bro” who loves capitalism, would be in a frat if he were at any other school and posits things like, “yeah I’d say I’m socially liberal but fiscally conservative.”
The “Softboi” who claims to be a feminist, sports a bad stick-and-poke tattoo and dresses “exactly like Mac DeMarco.”

“I had some guys come up to me saying, ‘Oh, I didn’t fit into any of these,’” Schiele said. “And I knew that they did, they just didn’t have the self-awareness to figure that out.”

Schiele tweeted the memes back in September, but says she still receives notifications to this day: 106 retweets and 251 likes to be exact.

“I didn’t expect it to get that big,” Schiele said. “I would say it went viral—or ‘SU viral’”

Sophomore mechanical engineering major Jjaks Reyes is familiar with Schiele’s memes, ranking them an 11 on a scale of 1-10.
Reyes is the admin for Seattle U’s popular meme page, Jesuit Meme Dreams.

“I have complaints about the school and the best way to complain is to satirize it,” Reyes said.

Reyes enjoys posting on the meme page because he gets to see his peers, who are normally disengaged, participate in Seattle U culture.

“I guess it helps people realize that you’re not the only person that feels this way about this certain topic,” Reyes said.

For Reyes, a solid Seattle U meme is one that criticizes the cost of attendance at the university and the “ridiculous” UCOR system.
In fact, Reyes wrote an entire essay about memes in his UCOR 1100 class.

“I wrote about the Zeitgeist of our time,” he said. “And I said that memes make it easier to connect with everybody.”

To him, memes are powerful because they often have the ability to transcend language.

“It’s another form of language because it translates so much into just one picture or a few subsets of pictures,” Reyes said. “It’s an instant inside joke; it’s an inside joke that everybody is in on, which is the best form of comedy. Because it’s not making fun of somebody. It’s making fun of an idea.”