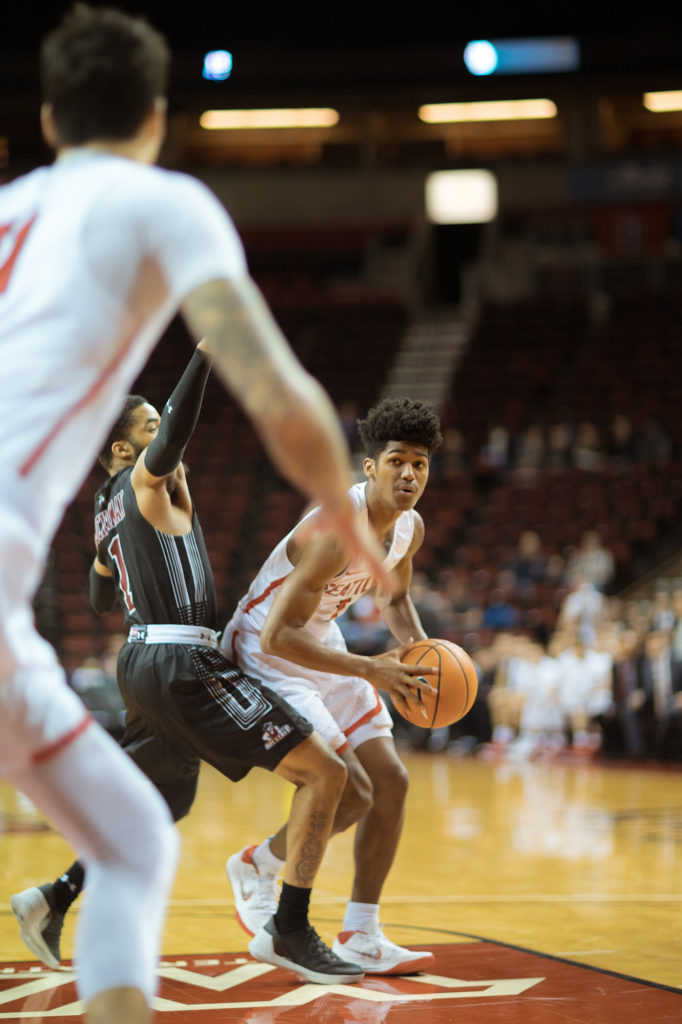 The Redhawks finished their last home games with wins at the Connolly Complex and Key Arena. On Thursday, the team took on the University of Texas Rio Grande Valley (UTRGV). It was their last game of the season at Connolly.

The game started out on an exciting note as junior Aaron Menzies dunked the ball. The Redhawks soared ahead at the start of the first half, not letting go of their lead for the rest of the game and securing a win.

Texas certainly tried to catch up, trying stunts that left the crowd giggling. In a wild inbound pass attempt, a UTRGV player walked behind the chairs of people on the sideline and prepared to throw the ball in bounds. He was called for travelling and the crowd looked amused and confused at this strange move. 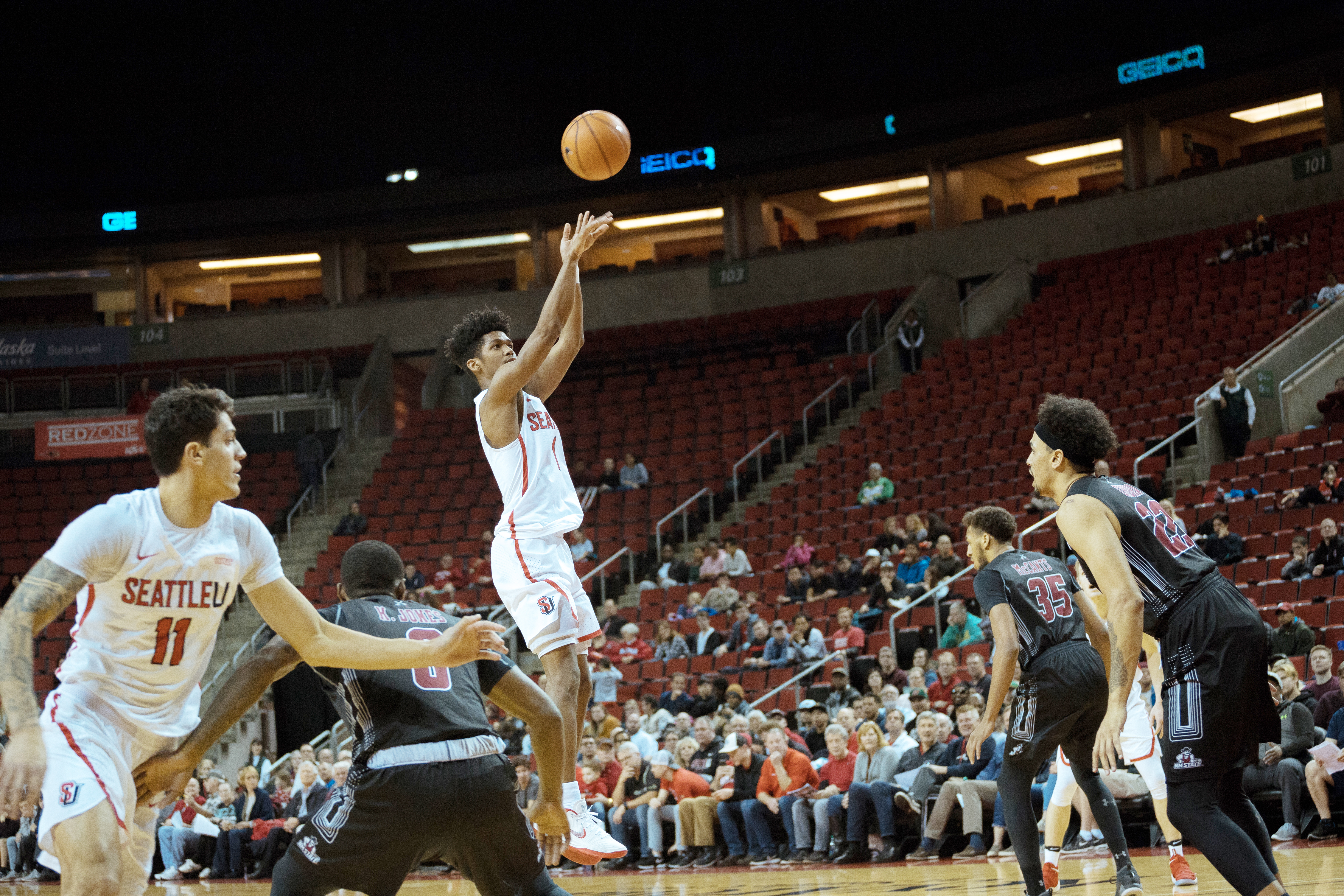 It was an impressive game for three pointers; graduate transfer Richaud Gittens, sophomore Matej Kavas and sophomore Morgan Means all sunk three shots each from the three pointer line. Graduate transfer Jordan Hill, who made all the shots he took, was another highlight performance. The final score was 85 to 68, a striking win for the Hawks; last time they took on UTRGV, they won by only three points.

“I think I found my groove,” Hill said. Hill was happy to attain a victory in the last game on campus. “The energy was really good. I’ve enjoyed every game we’ve had this year in Connolly and I really love that we haven’t lost here. I really like winning here.”

Head coach Jim Hayford believes that Thursday was one of the team’s best performances of the year.

“That was our best performance overall since January,” Hayford said. “We combined good shooting, good offence, and a superior
rebounding effort.”

On Saturday, the Redhawks faced New Mexico State at Key Arena. At half time, the score was tied up at 28. A very close game would ensue, and at the end of the game the score was again tied. For the second time this season, the men went into overtime. The five-minute overtime ended in a Redhawk win, 73-63.

This week, the team will travel to Arizona and California. The Western Athletic Conference (WAC) tournament is approaching, and the team has high hopes.