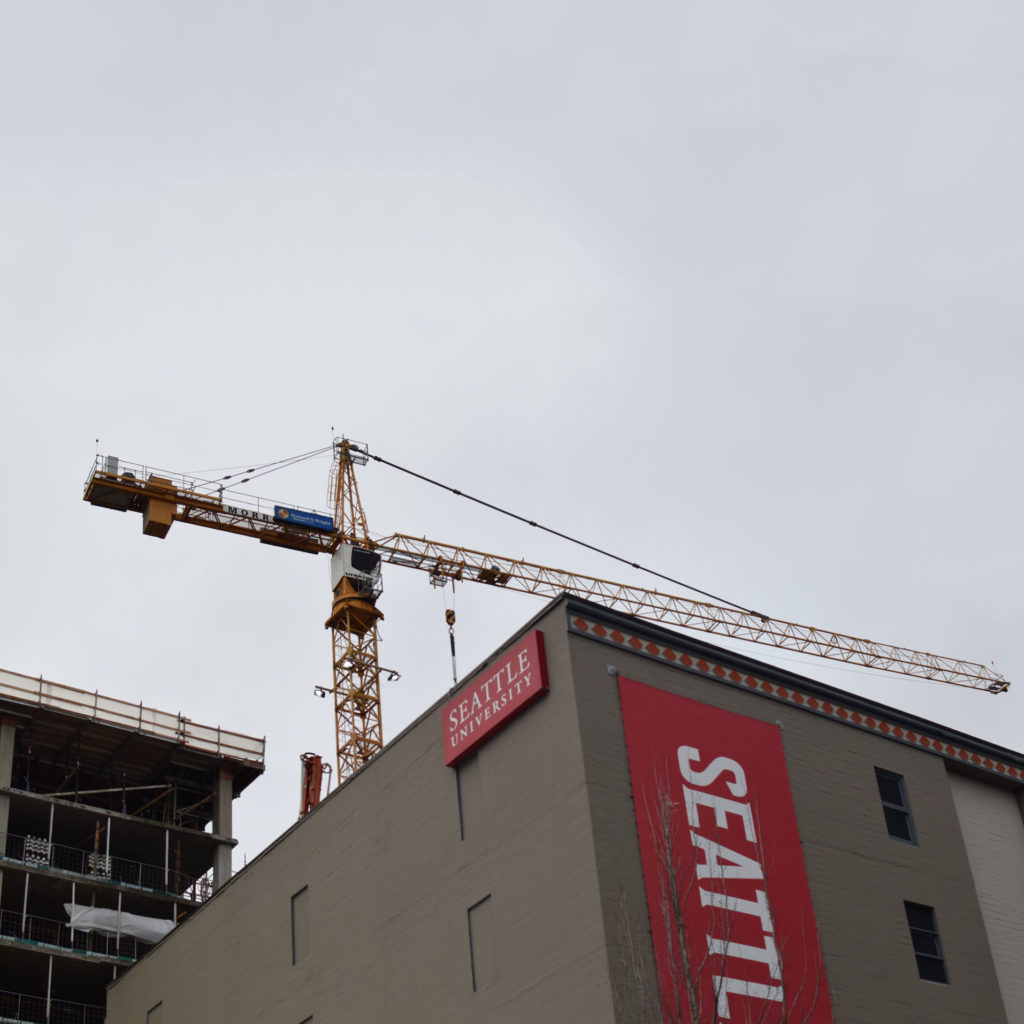 For many Seattle University students, campus does not look how it did when they arrived. From the new Connolly Center and the recently debuted Madison Avenue campus store to the Vi Hilbert Residence Hall and the pending Center for Science and Innovation, what was once a humble Jesuit university is now taking the mold of a larger and more established institution.

It isn’t just the landscape of the university that’s changing, but also the social dynamics of the community. From the race to beat the lines at C-Street to the amount of students in need of housing, it is evident that Seattle U is expanding. With rising tuition rates, students are left to wonder when the facilities they’re paying for will accommodate their needs.

These changes were a part of a plan that began in 2006 to expand Seattle U’s boundaries and student body size over the next few decades. According to the final document released in 2013 detailing the plans of the school-wide expansion-which is officially titled the Major Institution Master Plan, or MIMP- Seattle U is projected to increase student enrollment by 36 percent, making the freshman level 60 percent of the undergraduate population, as well as “more than doubling the building area on campus.” 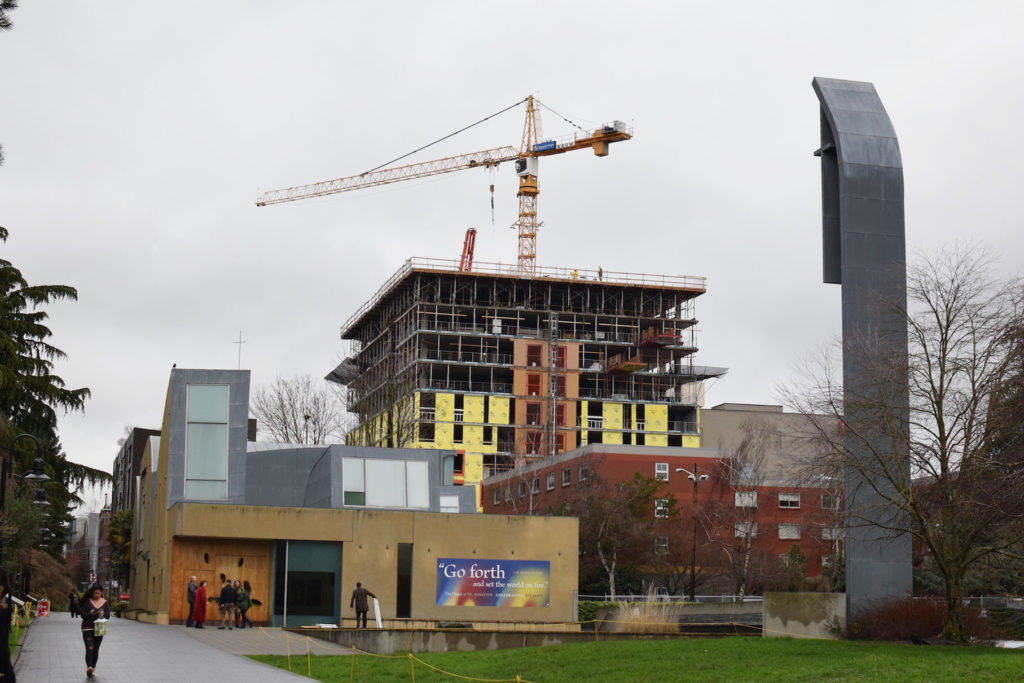 However, representatives from the facilities and admissions departments say that there has been no significant change in enrollment for freshmen at Seattle U since 2015, and they do not foresee a student body increase at this time.

“In the MIMP, you try and predict what will happen because it’s a requirement of the city if you’re going to develop in the future. So it’s all the range of potential possibilities, not what you may actually do,” said Colleen Pike, the director of facilities planning and real estate at Seattle U.

Scott McClellan, the vice president of communications said, “The master plan allows the university to realize greater potential, have a wider impact by serving more students and provide the necessary flexibility to meet the evolving needs of a growing student population.”

Joy Jacobson, the former director of design and construction at Seattle U who was assigned to the MIMP, explained that the process of expanding a college campus is not as simple as buying up properties.

An institution can choose to either build vertically on their allotted property, or they can choose to begin an MIMP to gain new square footage under proposed guidelines from the city.

“SU had both expired and almost used up its available square footage around 2007 and started the new process—which is lengthy. As you can see the process started officially in 2008 and completed in 2013,” Jacobson said. 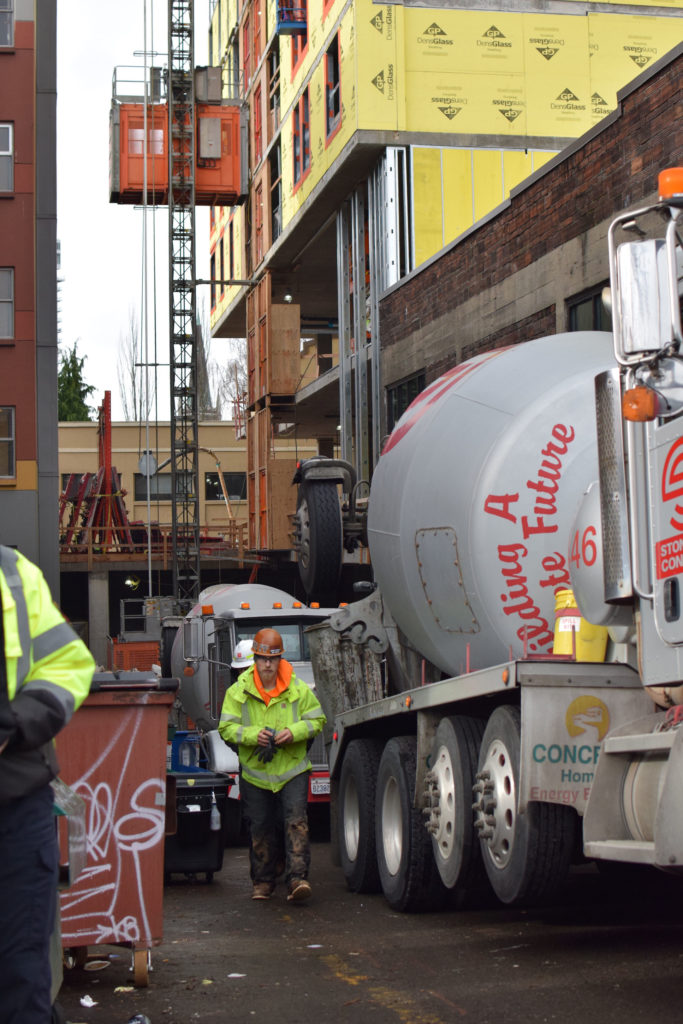 The addition of the Vi Hilbert residence hall is expected to provide more housing for third and fourth-year students.

Incorporated into this MIMP is the 10 Years Facilities Plan (10YFP) which details the new construction of facilities on campus as well as their design and cost.

The planned budget for this center in the 10YFP is approximately $220 million, and Associate Vice President for Facilities Robert Schwartz, said that a large portion of the cost will be donor funded.

“Our biggest challenge from a pure construction standpoint is the cost of construction,” Schwartz said. “When we budgeted this project four years ago, we put $14 million additional dollars into it to try and anticipate those cost increases because we could see where the market was going, we probably needed more like 20 [million].”

The new Center for Science and Innovation will include up to 110,000 new square feet of academic space for students in the science, engineering, math and technology majors, and will feature five stories, taking the place of the former University Services building. Pike said the new facility is being built because enrollment is growing in that area and the university needs more space to support students.

Pike also mentioned housing was one of Seattle U’s priorities for development. He said the second phase of the plan includes the construction of additional housing. This stage of the process would begin sometime after Fall 2018 when the new Vi Hilbert Hall is completed. Seattle U’s most recent addition of the Vi Hilbert building will feature ten stories, the bottom two of which will be reserved for the Enrollment Department, with the upper eight expected to house approximately 300 students.

Alongside these physical changes, Seattle U is undergoing a rebranding. Scott McClellan joined Seattle U’s administrative team in 2012 at the beginning of this project as the Vice President of Communications, after getting to know President Fr. Stephen Sundborg, S.J., and his future plans for the university. 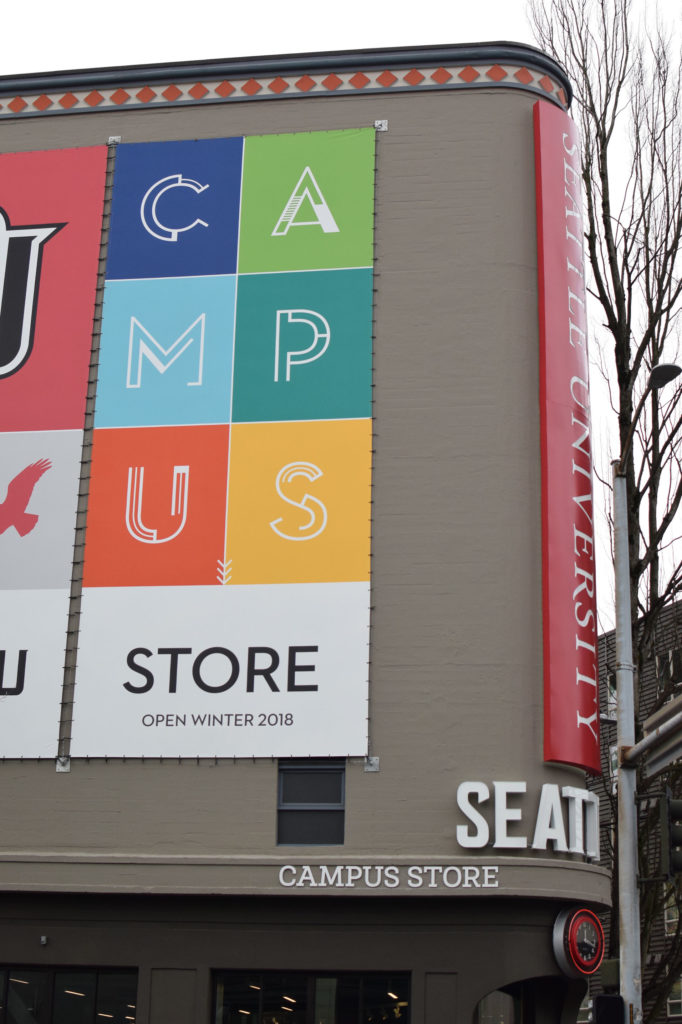 McClellan explained that his team’s goals for this project are aimed to better improve and support the progression of Seattle U. These goals consist of “focus on real world impact of Seattle University jesuit education…consistency and integration across the university in terms of branding…a data driven culture of continuous improvement (and) taking opportunities to expand and grow our external partnerships for academic purposes and research.” McClellan and his team play a major role in the university’s long-term goals since Seattle U has a tuition-driven culture of improvement.

While there is a capital campaign expected to go public in the next year or so, its goals focus on STEM development, scholarships and other institutions. Many of the changes seen on campus today are a result from the MIMP and 10 Year Facilities Plan that accompanied it. However, it is unclear whether the rise in tuition by approximately $6,000 over the past four years was due in part to help fund the new campus developments.

Besides gaining new facilities on campus, these new amenities also work as marketing for the university in the form of campus enlargement.

“Look at the way the campus has grown and the ways it’s become more visible. The campus store is the latest example of that. It’s one of the busiest intersections in Seattle,” said McClellan. “How do we showcase where we are? How do we make sure people know we’re here in a way that is inspiring? It’s a constant evolution of the brand strategy. Making sure we have a good, compelling, consistent and most importantly authentic story to tell about the university.”

Seattle U’s growth and development is an evolving process that has been noticeable for years. For some students at this university though, there is a lack of understanding on what they want to see their tuition spent on. First year students Amelia Hopkins, Stella Roth and Zivi Spector, want Seattle U’s administration to take a more pragmatic look at student needs, and ways tuition and campus funds can be better used to ensure all current Seattle U students access the full potential of their Jesuit education.

“The triples could be more functional. I’m in a triple, they don’t really make it a space where you can use it in a way that works like a room should work. I was kind of in shock when I got there,” said sports and exercise major, Hopkins.

The three students elaborated that other amenities for
students such as provided Orca cards, more featured on campus speakers emphasizing on social justice, and other changes like partnerships with local restaurants for students discounts or meal plan deals, are all things they want to see their tuition cover during their time at Seattle U.

There will be a standing advisory committee meeting hosted by the Seattle Department of Neighborhoods regarding to Seattle University’s changes on Feb. 6 from 5:30 to 7:30 p.m. in room 518 of the Casey Commons.

Seattle U has changed, and it should be expected to see a continuing process change as each new class will add onto the needs that this institution will need to meet. With another project underway, Seattle U’s growing pains will likely continue until around 2023, when the next MIMP will be due.