Technology and ADHD: The Nuances of the Modern Attention Span 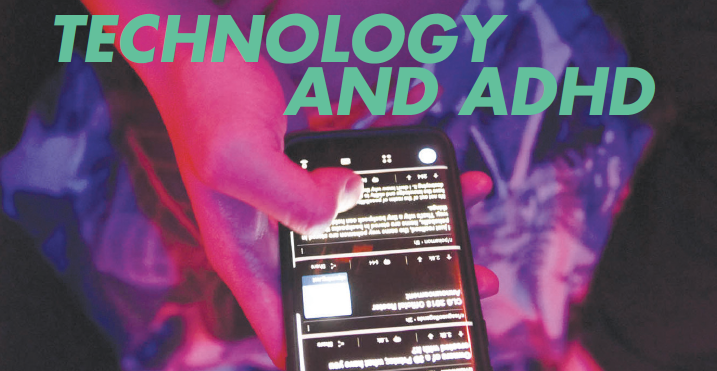 PHOTOGRAPHY AND DESIGN BY SAMIRA SHOBEIRI • THE SPECTATOR

The iPhone X came out earlier this month, marking 10 years since the release of the first iteration of Apple’s ubiquitous device. Since the beginnings of smartphones, psychologists have been interested in studying the effects of technology on sleep, attention and stress. Some psychologists are finding that technology use may be giving users symptoms that resemble attention-deficit hyperactivity disorder (ADHD).

“The more technology that we have, the more ADHD-like symptoms people can develop who are not ADHD,” Seattle-based Adult ADHD Physician Dr. Angela Heithaus said. “Or, if you have ADHD, it can make the symptoms even worse.” 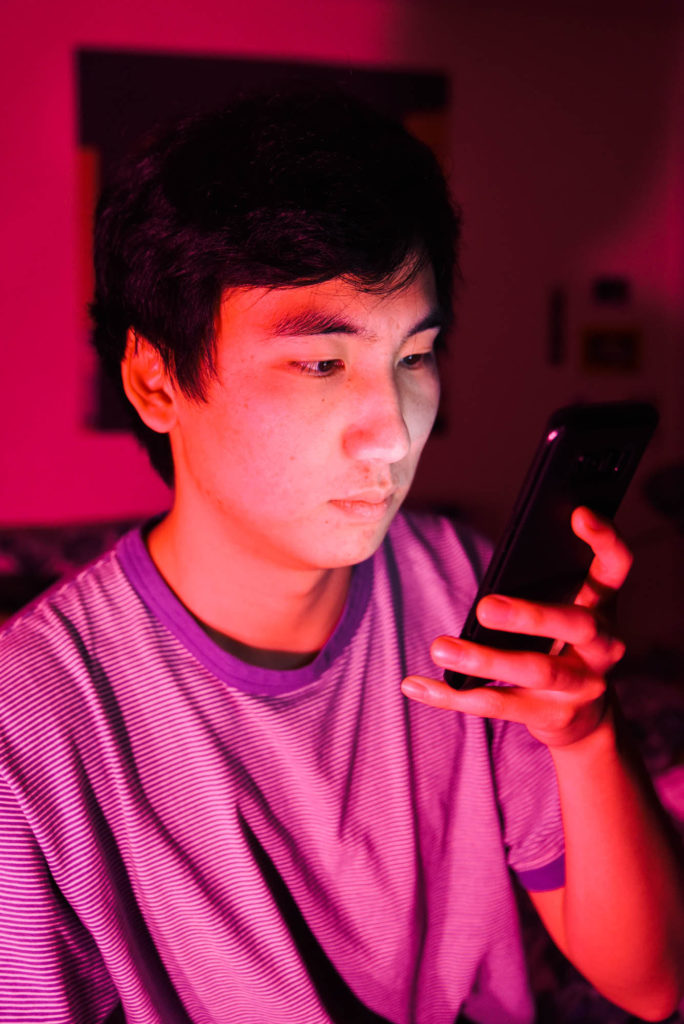 California-based clinical psychologist Dr. Lara Honos-Webb said that for those who won’t be diagnosed with ADHD, her top two alternative explanations for lack of focus are sleep deprivation and technology.

“We have worldwide entertainment and news in the palm of our hands, which is incredibly distracting. Our brains did not evolve for this level of stimulation that is highly addictive,” Honos-Webb said.

An episode of the CBS newsmagazine “60 Minutes” explored the impacts of what is being called “brain hacking,” or the intentional engineering of phones, apps and social media to get users hooked. Programmers and app developers are honing in on how users experience reward and pleasure to encourage users to check their phones more frequently. This type of brain hacking can encourage distractibility and prompt increased stress.

But, if the symptoms are so similar, how can someone tell if their attention struggles are attributable to ADHD or to an alternative explanation?

Self-diagnosis, both false and correct, can often be traced back to information from peers or from the internet. Heithaus thinks that increased information about ADHD online and published by media has caused more of her patients to suspect that their symptoms are due to ADHD.

“There’s more information about it, and people will come in having maybe done some online test. They’ll come in and say, ‘I scored kind of high and I went over the symptoms’ and because of the awareness and the access to information people come in thinking they have ADHD,” Heithaus said.

Due to the multitude of alternative explanations and the dangers of misdiagnosis, Honos-Webb stressed the importance of a thorough psychological evaluation.

“No mental disorder should be diagnosed in 45 minutes, particularly with something like ADHD,” Honos-Webb said. “Psychiatrists and psychologists may say ‘We are only reimbursed for [..] one session for diagnosis, so that’s how long I’m going to take,’ but if you went to your car repair mechanic and he said ‘I only get reimbursed to spend one hour to fix your brakes, but it takes me five hours,’ What are you going to do? You’re going to say, ‘Fix my brakes.’”

Honos-Webb said that while a lengthy evaluation is likely to incur out-of-pocket costs, misdiagnosis can be dangerously counterproductive.

“We are talking about the rest of your life and a diagnosis that you want to rule out alternative explanations for,” Honos-Webb said. “If you’re treating someone for ADHD and what they really are is depressed, then what you’ve done is you’ve created a whole new set of problems for them without actually treating the depression.”

Attention in the Classroom

Seattle University professor of philosophy Eric Severson has produced work investigating the danger of using a medical model to treat psychological disorders and illnesses. Severson is concerned with ways that insurance billing can confine individuals to specific methods of treatment.

“In the medical model, you get a broken leg and there’s a certain amount of surgeries and therapy that you need, and insurance can pay for in order to fix that,” Severson said. “I’m not sure that we should think about depression and anxiety in the ways that we think about depression, anxiety, or a variety of psychosis or issues like ADHD in the same way that we would treat an injury. I think pushing it in that direction could be more counterproductive and harmful.”

Severson said that he tries to be mindful that he teaches students with varying attention abilities and tries to modify his philosophy classes to be a good fit for the diverse population that he instructs. 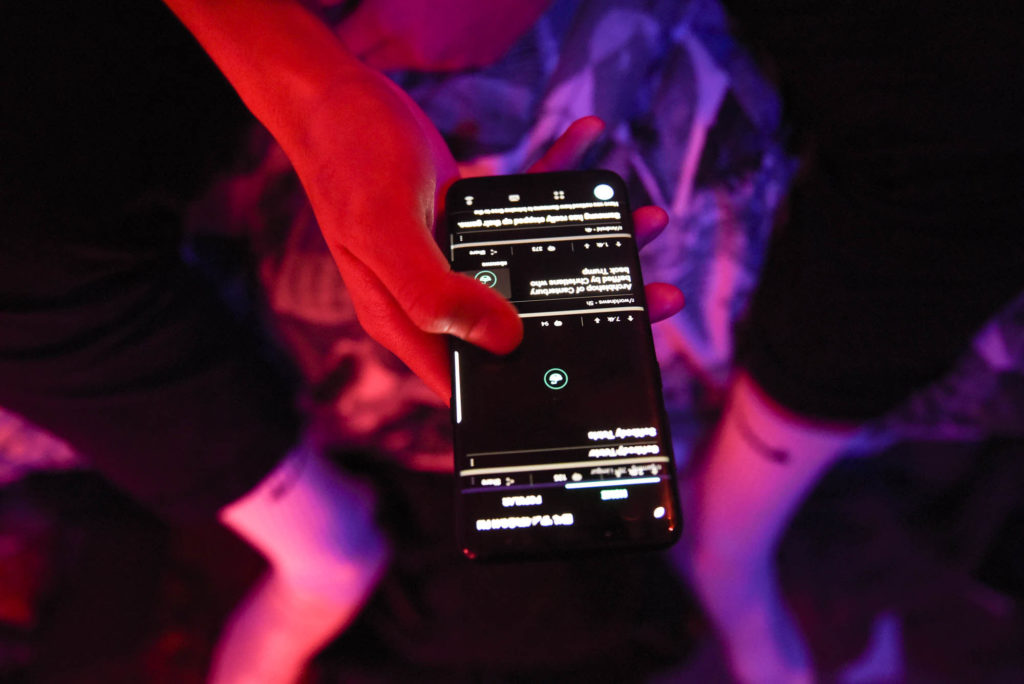 “There was a time that I used a lot of [PowerPoints and video clips] thinking it would facilitate the maintenance of attention,” Severson said. “Instead I intend to use more stories and narratives and that seems to be much more effective than diverting students’ attention from my face or one another’s faces to screens. I think there’s much to be learned pedagogically from studying what helps children pay attention whether or not they’re susceptible to a certain diagnosis.”

While Heithaus warned against self-treatment, she said that it is important that students continue to monitor their performance among peers. She said that when students recognize that they’re having difficulties, there are resources and tools for their success.

Heithaus said that the next step after identifying red flags is clinical help, and sometimes this leads to a professional diagnosis of ADHD. Some students who struggle with attention skip clinical help and begin to use illegal non-prescribed stimulants.

Illegal Use of Non-Prescription Stimulants

Scholars contributing to an academic journal called “Addictive Behaviors” surveyed 6,962 college students between the ages of 18-25, asking them to rate the degree to which they agreed with the following statement: “Prescription stimulants will help people without a prescription get better grades.”

The survey was distributed to students from nine different colleges, including two from the Pacific Northwest. Of students surveyed, 29 percent agreed that nonmedical use of prescription stimulants helps students earn higher grades and 38 percent of students were unsure.

Of treatments, medicine is not the only thing that Heithaus suggests. She said that those who are diagnosed with ADHD often also suffer from insomnia. Because the effects of technology can exacerbate symptoms of ADHD, she advises her patients not to be on their devices at least an hour or two before they want to fall asleep. She also said that she advocates the use of parental controls on technology. 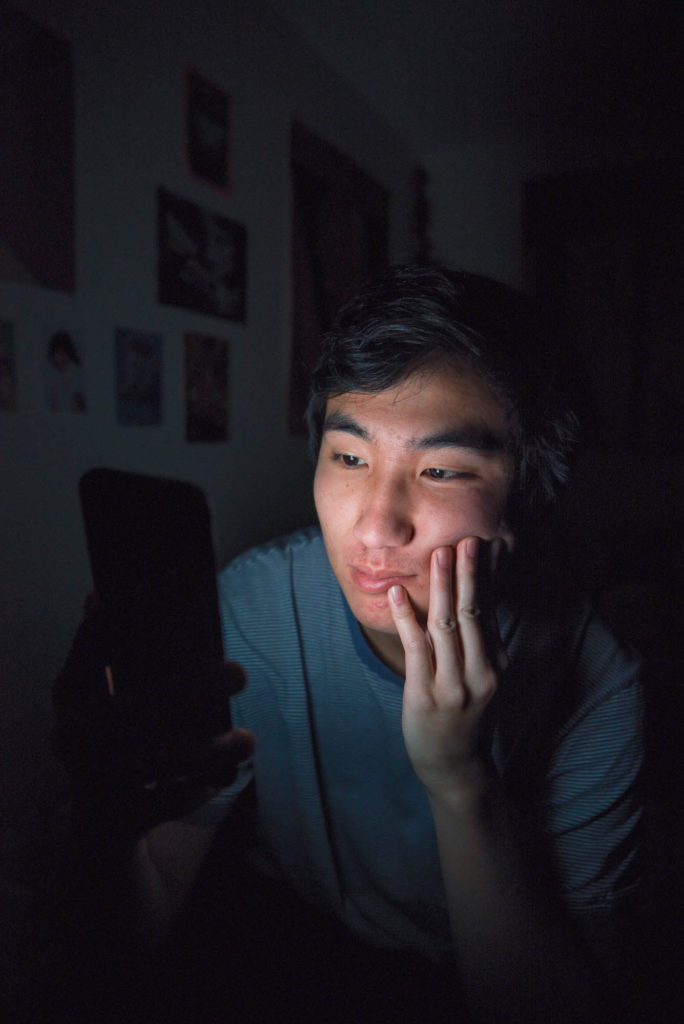 “I advise people to use parental control on their computers so they don’t end up going places they shouldn’t be going when they need to work,” Heithaus said. “I think we’re going to have to find a lot of ways to limit when we interact with our technology so that we don’t get drawn to other things that deter us from what we need to be doing.”

Once someone is clinically diagnosed with ADHD, Honos-Webb said that it is important that they do not focus on the deficit that comes with the diagnosis, but instead recognize the gifts and strengths that they possess.

“You have to start with the ‘gift approach,’” Honos-Webb said. “What are your strengths? What are your superpowers? Because if you define yourself as a deficit disorder that’s basically a recipe for depression and anxiety.”

Honos-Webb said that people diagnosed with ADHD are often very energetic, creative and empathic. She also said that she talks to patients about the importance of creating for themselves an “executive functioning exoskeleton,” which means finding ways to use resources to support areas where people with ADHD struggle. Honos-Webb mentioned college accommodations as a type of environmental support.

For students at Seattle University, Counseling and Psychological Services, Learning Assistance Programs and Disabilities Services may be useful resources.

Disabilities Services can consult with students to arrange for distraction-free testing accommodations, extra time on tests and note taking support.

Thompson started her position this past July. Prior to starting this position at Seattle U, Thompson worked at Shoreline Community College in Student Affairs and in Disabilities Services.

“The great thing about Seattle U, I say this coming from the state system where you had to be diagnosed and the accommodation was the only thing that could help you,” Thompson said. “The wonderful thing that, being new to Seattle U that I’ve been so impressed with, is that it’s not just Disabilities Services that can help the student.”