Where to Start: The Spectator’s Guide to the 2017 Election 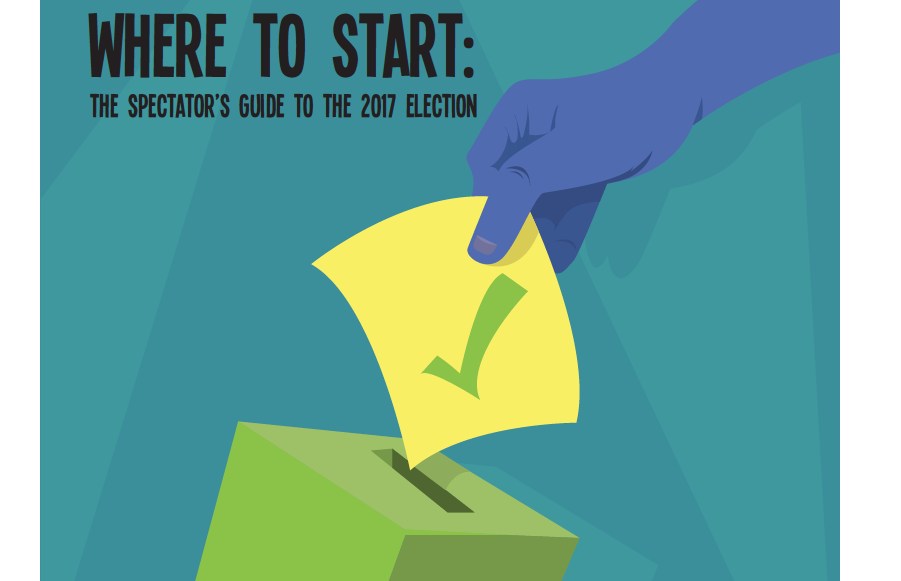 By this time next week, many of Seattle’s public offices will be filled with new faces. Voters will elect a new mayor, new council members, new port commissioners and possibly a new sheriff, city attorney and county executive. A handful of judicial and legislative positions—local, county and statewide—along with a handful of advisory notes and propositions are also on the ticket. How the city deals with issues like homelessness, affordable housing, police reform and gentrification will shift depending on whom we elect. The results will also determine how we engage in politics both domestic and abroad, and the role we play in our country’s future.

The next mayor of Seattle will be (other than the chief executive of the entire city) the fourth individual to hold the seat in the past year alone and the first female mayor since 1926. While the campaign began with much pain and excitement, forcing voters to endure 21 candidates and a major sexual assault scandal, the options have been narrowed down to two: Cary Moon and Jenny Durkan. Unlike past elections, where the winner is sworn in months later with time to prepare for their new position, Moon or Durkan will assume office on the same day election workers certify the final results: Nov. 28.

Note from the Editor: This article was co-written by Nick Turner and Josh Merchant, although we are currently unable to display multiple authors’ names due to technical difficulties. 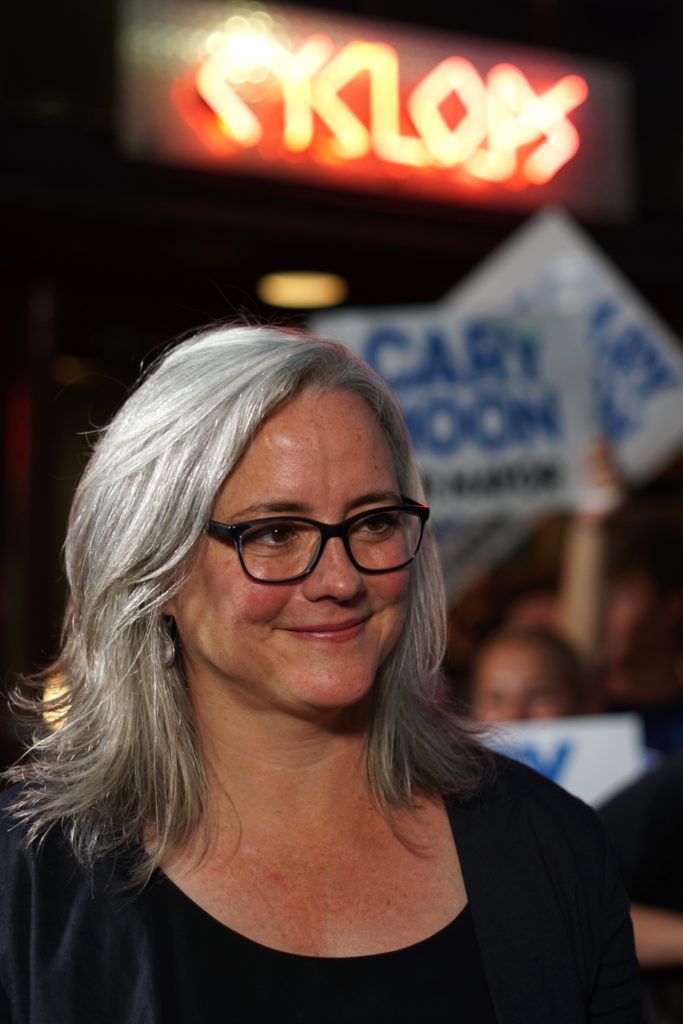 An urban planner with salient morals, Cary Moon is a progressive option for Seattle voters. She has big plans to enforce more equitable zoning laws, build more affordable housing and end homeless encampment sweeps. While she may lack experience in criminal justice and police issues, as the Stranger wrote in its endorsement of the candidate, Moon is using years of city planning experience to create a bold approach to some of the city’s most pressing issues. When allegations of sexual abuse against former Mayor Ed Murray surfaced, Moon was one of the first candidates to call for his resignation.

“She is a strong leader who is unafraid to call out the powers that be. She’s a visionary with the chops to carry out her truly progressive platform,” the Stranger wrote. “For her bold approach to our housing crisis, decades of city planning experience, and moral clarity during one of Seattle’s darkest moments, we urge you to vote Moon.” 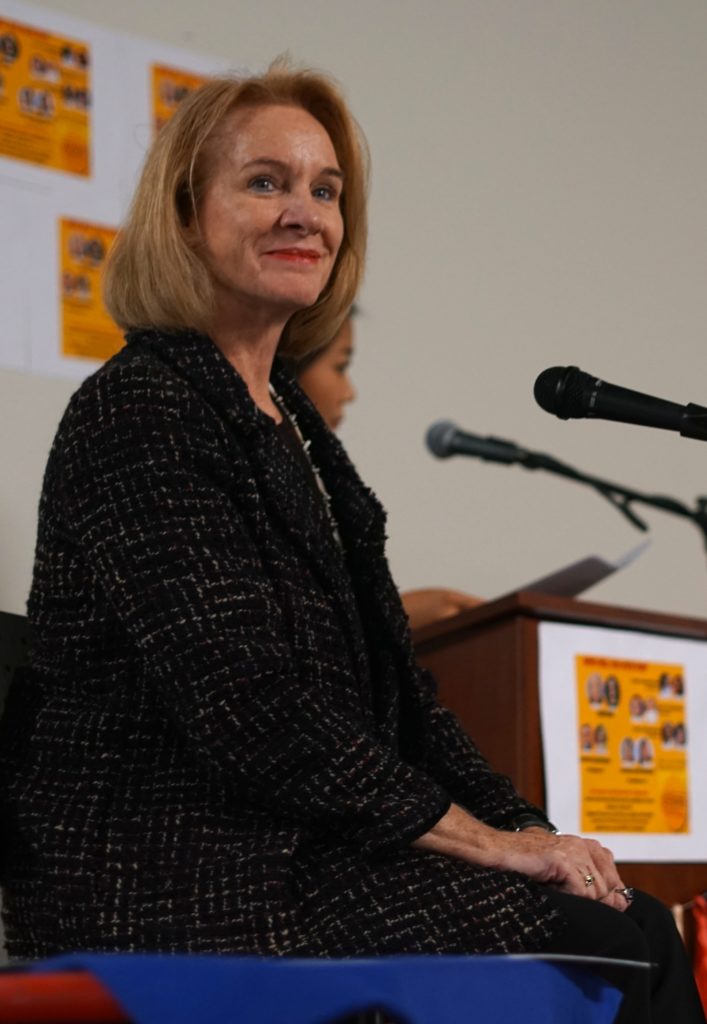 On the other hand, The Seattle Times endorsed Jenny Durkan, a former United States Attorney with more than 20 years of experience in state and federal government and the private sector.

While Moon financed most of her campaign with personal wealth, Durkan has attracted more donors than any mayoral candidate in Seattle history. This puts Durkan at a roughly 5 to 1 advantage over Moon in terms of campaign financing.

“It’s rare for Seattle or any city to have a candidate with Durkan’s deep civic and management resume,” the Seattle Times wrote. “Even better is that she’s running without the baggage that activists and longtime politicians tend to bring to office.”

While seven out of nine city councilmembers represent specific districts in Seattle, two of the members represent the city as a whole, and both of those members are up for election this month. Jon Grant and Teresa Mosqueda are facing off to fill position eight. While this race has been particularly high-profile, it highlights many of the breaks in the political left in the city of Seattle. Even with Grant and Mosqueda both being left-of-center, Grant highlights the sect of the left dominated by community organizing, whereas Mosqueda has a long history of government work, navigating the structures of legislature and bureaucracy.

As a result, Grant has received many of the endorsements of the far-left, such as Councilwoman Kshama Sawant and the Seattle chapter of the Democratic Socialists of America, while higher-up governmental officials and nonprofit organizations like Representative Pramila Jayapal and Planned Parenthood favor Teresa Mosqueda. While the two candidates are left-wing and support similar policies, the difference comes out in which areas the two have expertise in. While Grant has worked with tenant’s rights for most of his career, making him well-versed in housing policy, Mosqueda has expertise in healthcare.

As far as policy positions go, Mosqueda promises to fight for equal pay for women in the city of Seattle, support businesses owned by women and people of color and expand healthcare coverage for those who may not qualify for Medicare or Medicaid, as well as for immigrant communities.

On the other hand, Grant wants to make 25 percent of all housing developments affordable for low-income families, make the Seattle Police department more accountable to those living in Seattle and fight for campaign finance reform.

While the race for city council position eight has drawn controversy and debate, the race for position nine has been significantly more tame.

Running for this position are Pat Murakami and incumbent Lorena González. The issues in this race center around Murakami’s criticisms of González’s work as an incumbent.

Murakami criticizes primarily González’s perceived break from the general community. She argues that González gives too much attention to developers and that she in turn neglects the values of those living in Seattle. To address this problem, Murakami wants to bring community members into the city planning process. On the other hand, González rejects this perception, arguing that she works hard to serve the interests of the community first, adding a particular emphasis to immigrant and refugee communities that she feels are frequently ignored.

Another break between the two candidates is how the two intend to address homelessness and the Seattle housing crisis. While both candidates promise to build resources for those experiencing homelessness, Murakami criticizes González for conducting sweeps in homeless camps.

One of González’s key issues centers around the safety of Seattle communities, particularly its communities of color. González hopes to make policing more accountable to Seattle’s inhabitants, and has even talked about delegating some minor law-enforcement to civilians rather than police officers.

Beyond Murakami’s criticisms of González, Murakami has focused on housing affordability in her campaign, with a proposal, similar to Grant, to require 25 percent of new developments affordable for low-income families.

The race for King County Sheriff is complex this year, given the conversation surrounding police brutality, immigration enforcement and safe-injection sites as a result of the Trump administration’s actions with regard to these issues.

This year, incumbent John Urquhart is running against Mitzi Johanknecht, and this race has been driven by attacks on Urquhart.

Policy-wise, Urquhart has faced criticism in particular as a result of comments he made at an event for the Republican Party, where he bragged about arresting Councilwoman Kshama Sawant and calling Immigration & Customs Enforcement (ICE) on undocumented immigrants. He further voiced opposition to restorative justice, where law enforcement focuses on rehabilitation and repairing the community, rather than punishing a criminal.

Urquhart responded to this criticism in an email to the Stranger, where he reinforced his previously held public positions over whatever opinions he may have expressed at those events. He said that he needed to adopt some conservative rhetoric in an attempt to appeal to the Republican Party.

However, the accusations against Urquhart aren’t only political. Urquhart has also faced allegations of sexual harassment and assault against those working with him in his own department. The accuser never pursued a legal case because of the statute of limitations, and Urquhart has denied those allegations, further arguing that his accuser suffers from mental illness in order to discredit her accusations.

As far as stated policy positions go, Urquhart and Johanknecht are very similar.

Both candidates will seek to expand police training and creating accountability for the department, and they both want to arm the police with non-lethal weapons, in an effort to reduce the number of police shootings.

With regard to safe-injection sites, which are locations where heroin users can go to safely use clean needles with the supervision of medical personnel in order to reduce opioid-related deaths, Urquhart is in favor of these sites, while Johanknecht is opposed. However, both candidates would respect the law, and neither would work to undermine their effectiveness.