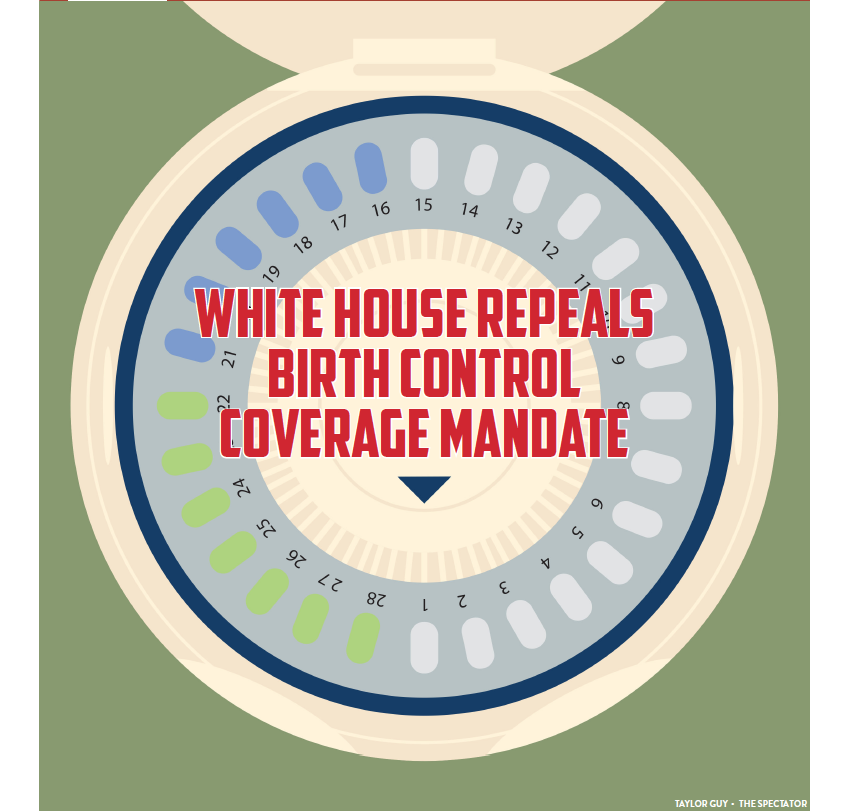 Note from the Editor: This article was co-written by Rachel Larson and Lukas Kret, although we are currently unable to display multiple authors’ names due to technical difficulties.

The White House rolled back portions of the Affordable Care Act (ACA) on Friday, Oct. 6, that required employers to provide their employees insurance coverage for contraceptives. The new regulations allow employers to exempt themselves from contraceptive coverage based on religious beliefs and moral convictions.

This new exemption went into place immediately, eliminating one of the eight preventative health benefits for women that were required under the previous administration’s health care plan. This rollback comes in the wake of numerous attempts by Republicans to repeal the ACA entirely.

A memo released by federal agencies outlining the regulations said that unintended pregnancy rates and their causes are difficult to determine.

“In particular, association and causality can be hard to disentangle,” the memo stated. “The studies referred to by the 2011 IOM Report speak more to association than causality.”

To establish a causal relationship between birth control and the prevention of unintended pregnancies in a scientific study, researchers would have to use placebo contraception to test subjects. However, such a study would violate the World Health Organization’s ethical guidelines because of the possibility of pregnancy without prior consent.

The study goes on to provide quotes and data from studies in which contraceptive use is associated with lower rates of unintended pregnancies, but continues to assert that it is just an associative relationship, not a causational one.

In Washington State, health plans are required to cover contraception, and Seattle University has no plans to challenge that requirement.

Director of Compensation and Benefits at Seattle U Matt Philip said that Seattle U will not change their health care policy for the 2017–2018 year.

Students and faculty who are on the university’s plan will not have to worry about losing access to their contraception, but the Trump Administration’s appeal could still affect insurance plans in other states.

Ferguson has garnered national attention due to his numerous lawsuits filed against the White House. Ferguson’s most notable case was when he and his team worked diligently to overturn the president’s initial travel ban, filing a case within three days of the ban’s implementation.

In Ferguson’s case against President Trump, he argues that no-cost contraception is an essential part of women’s healthcare, and should therefore be provided along with other preventative health measures. Ferguson further argues that the administration did not give substantial enough warning to the changes, which is required under the Administrative Procedure Act.

“President Trump may not like the Affordable Care Act, but trying to sabotage it on the backs of hard-working Washingtonians is wrong — and illegal,” Ferguson said in a statement. 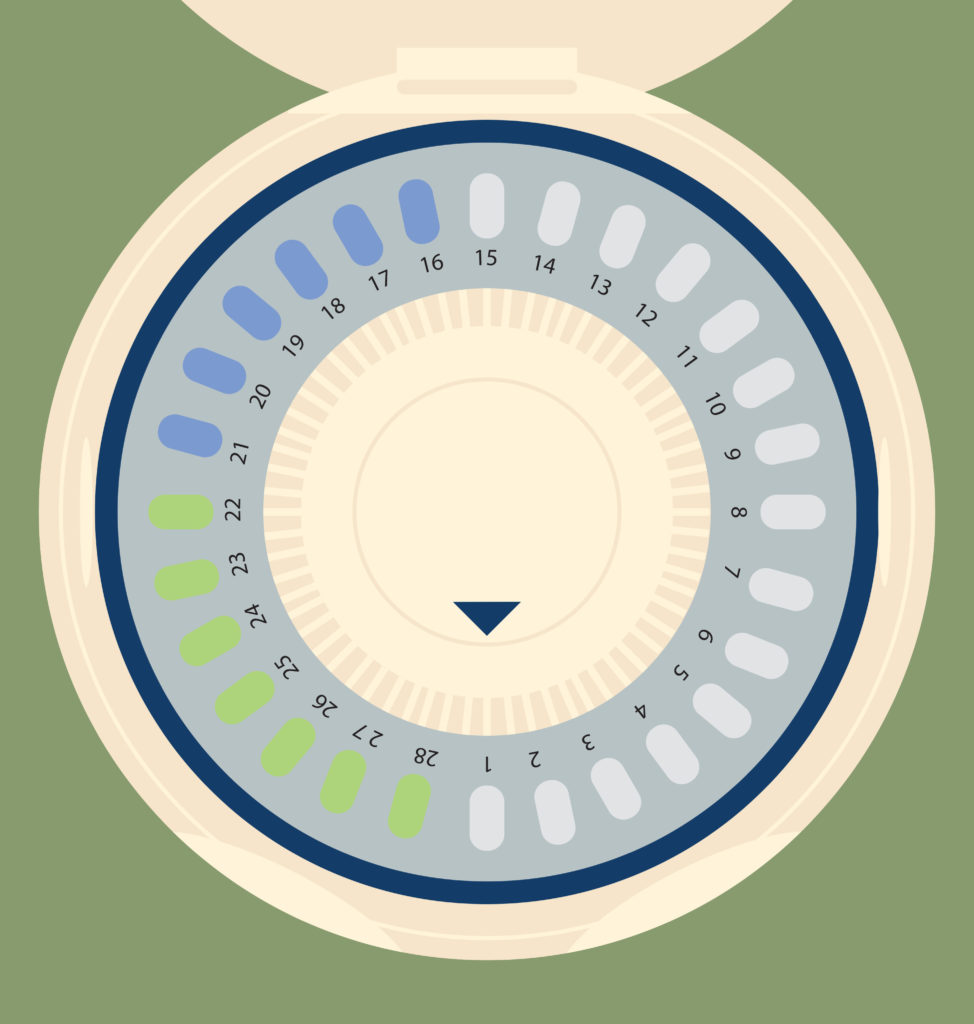 This case revives a long struggle between the government and religious institutions, as they attempt to define the lines between religious freedom and discrimination.

Should private entities or insurance providers be forced to provide services that violate their religious beliefs? This question recently went all the way to the Supreme Court in a case in which a Colorado baker refused to design and make a cake for a same-sex wedding because it violated his religious beliefs.

A similar question is cropping up currently in the case of the rollback of contraception coverage. Some view contraception as an important health medication that should be covered by insurance because of its wide number of uses; however, others view it as a decision that should be left up to whomever is offering the insurance—in most cases, the employer.

Vice President of the Seattle University Conservatives Union Christian Spears said that it is within the rights of private entities to deny contraceptive coverage due to religious beliefs and moral conflicts.

“The Free Exercise Clause of the First Amendment protects the rights of citizens to think, speak and act in accordance with their own beliefs,” Spears said. “If the expression of a belief is offensive or in conflict with a potential customer’s beliefs, then the beauty of the free market system is that it allows consumers to judge businesses and institutions accordingly and take their business elsewhere. However, to force any religiously affiliated institution or business owner to operate against their conscience is an example of gross governmental overreach and a violation of religious liberty.”

The conversation surrounding contraceptives is typically centered around the religiously charged debate on preventative care. But, for many, the issue includes both their physical and mental well-being.

As the decision to repeal contraceptive coverage developed under the public eye, women everywhere, including at Seattle U, began to express their questions and concerns. According to Seattle U’s website, the undergraduate population is 61 percent female identifying, with faculty at 53 percent female and staff at 83 percent.

With women making up a large percentage of the university’s overall population and many enrolled in the institution’s health insurance as well, contraceptive coverage is a central issue to many members of the Seattle U community.

For many, even prior to the repeal, it is the cost of contraceptives that are the issue, driving many to seek access elsewhere. With health insurance, many are likely have a copay each month with coverage varying based on brand. Without insurance, out-of-pocket fees can range from hundreds of dollars a month for the pill to $1,000 for an Intrauterine Device (IUD).

Director of the Student Health Center Tara Hicks acknowledged these issues and emphasized that there are no current plans to change the Seattle U health insurance policy, under which many students, faculty and staff are currently covered.

“In Washington state, it is not lawful for any health plan that provides generally comprehensive coverage of prescription drugs to exclude prescription contraceptives,” Hicks explained.

However, it is unclear what will happen to out-of-state students whose insurance plans elect to drop contraceptive care. If an individual’s plan elects to discontinue contraceptive coverage, it is likely that they will have to pay for their birth control out-of-pocket. 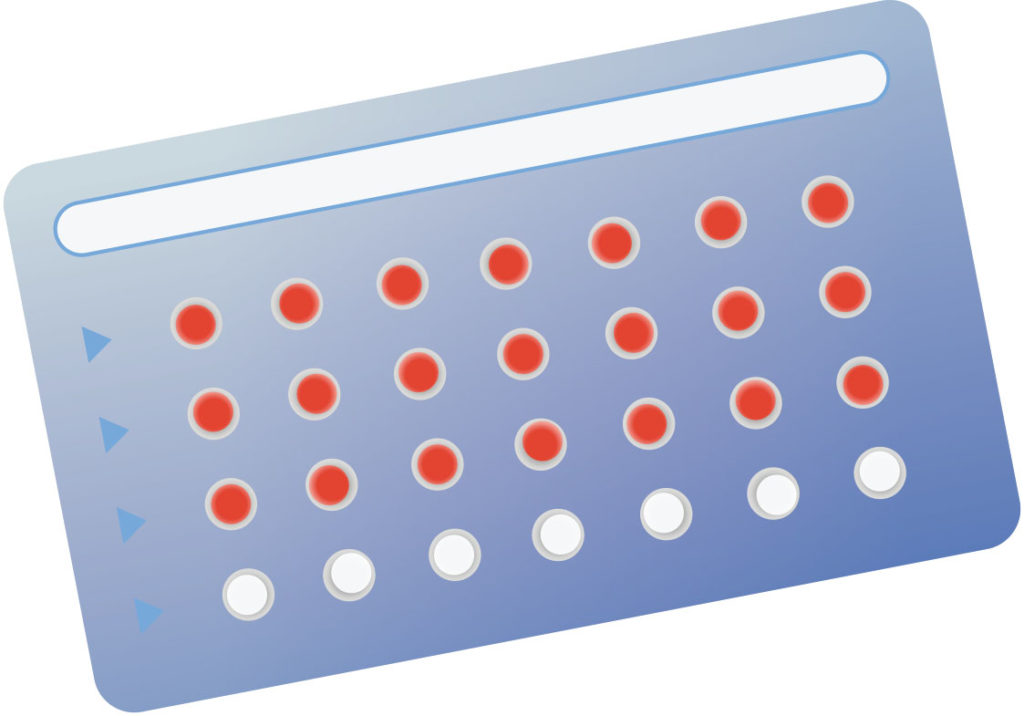 Regardless of insurance coverage, many rely on contraceptives for their survival and will continue to pay—no matter the price. Second-year accounting major Nadia Luqman credits birth control for her overall health.

“It’s really important for me to be on birth control so that I don’t get pregnant because I can’t have kids,” Luqman said.

For Luqman, pregnancy could mean serious health problems and potentially death due to a heart condition she was born with. Birth control could be the difference between life and death.

Luqman is like many others who rely on contraceptives for both her physical and mental well-being. Birth control can help stabilize mental health, flow regulation, mood, acne, menstrual pain, anemia and many other health conditions. These benefits of contraceptives extend beyond the scope of preventing pregnancy.

Due to the relevancy of this issue on the Seattle U campus, the Spectator attempted to speak with faculty members to gauge their opinions on the recent ACA developments.

After reaching out to twelve faculty members, reporters from the Spectator were info rmed that an email had been sent out reinforcing the university’s policy on faculty members vocalizing their opinions regarding political issues. We believe faculty members that were contacted were not willing to comment on this subject because of that email.

Furthermore, the Spectator made attempts to engage with Jesuit voices on campus but did not receive any responses.

Because contraceptive access transcends preventative care and remains integral to the health of many, it is an issue central to the Seattle U community. In classroom settings and informally, many faculty members have expressed opinions about the recent developments within the administration. Due to the nature of this conversation, their health is often turned into a political debate, which may be causing faculty members to refrain from engaging in the discussion.

As the discussion turns political, it often revolves around social justice. As the repeal allows employers to deny care on religious grounds, Seattle U becomes central to the conversation as both a Catholic institution and a private university founded on social justice.