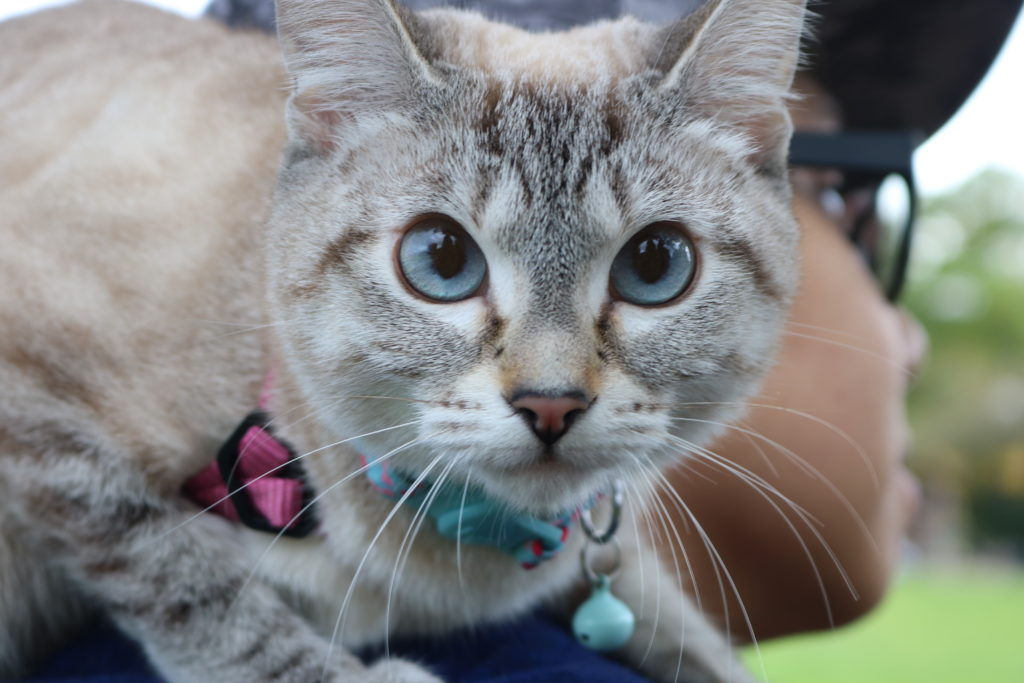 Ariel was a star of the show with her beautiful blue eyes. She perched on her human’s shoulder for much of the time, and reluctantly wore a lion mane for the paparazzi.

Twas a grey and rainy Saturday, and only the bravest of felines had made an appearance at Cal Anderson Park. Last Saturday was the final Caturday of the year, and despite the chilly weather and occasional sprinkle, a small group of devoted cats and cat lovers huddled together in the park. Caturday happens every first Saturday of the month from July to October. It is an event where people bring their cats to the park to socialize. Caturday never fails to attract devoted feline lovers dressed in cat attire and a whole array of critters. Here are a few of the furry friends that were present at the last Caturday.

ALL PHOTOS BY
BAILEE CLARK • THE SPECTATOR

While the last Caturday of the year may not have hosted as many friends as usual, the personalities of the cats and people present shone through the gray of the October day. Goodbye for now, Caturday.