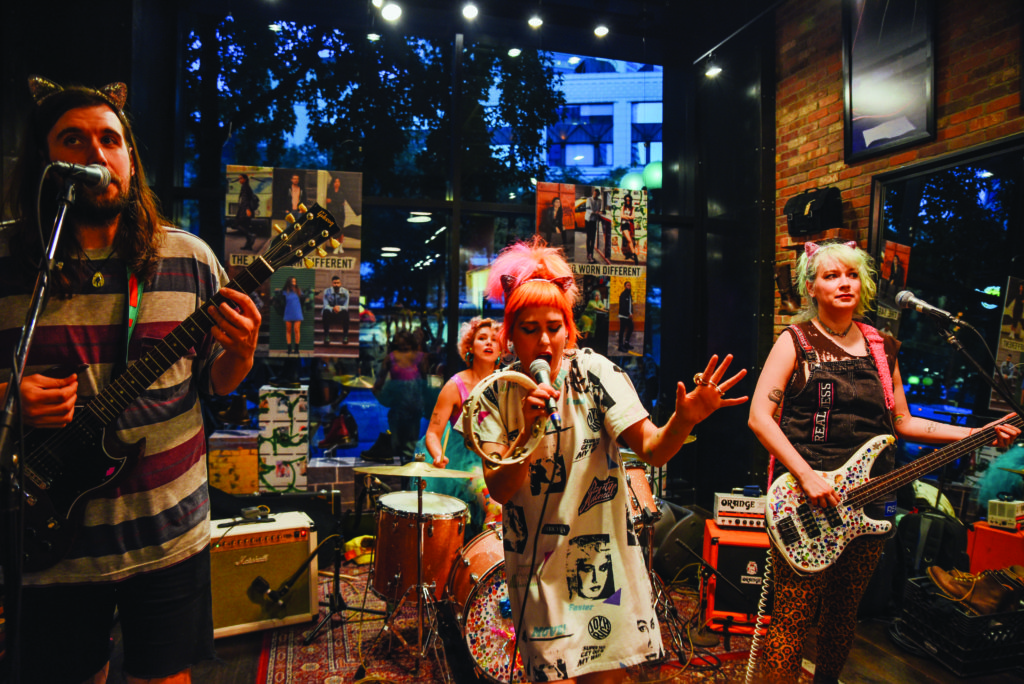 Bright pink balloons and abundant amounts of glitter, stars, and jewels embellished the instruments of the Seattle-based band Tacocat as they played at the Doc Martens store in Downtown Seattle last Thursday.

First expectations held ideas of innocence and charm, as the stickers playfully glistened under the lights while each band member stepped out in their colorful ensemble consisting of brightly colored hair, cartoon-based leggings, cat ears, and tutus. Emily Nokes on lead vocals, Lelah Maupin on drums, Eric Randall on guitar, and Bree McKenna on bass emerged on the stage with energy and liveliness embodying their reputation for short, garage-punk songs relating to everyday life and nostalgic times of young adulthood.

Their lyrics captured the perfect blend of comedic, absurd, and clever tones as they sang of cats, drunken businessmen, periods, and social constructs prevalent in all realms of life. Their energy and music makes you want to bust out into dance moves and the unique audience seemed to think so, too. The animated crowd seemed to disappear as Tacocat broke the barrier between audience and performer as they captured all listener’s attention, whether it was a five-year-old boy or a 40-year-old woman. 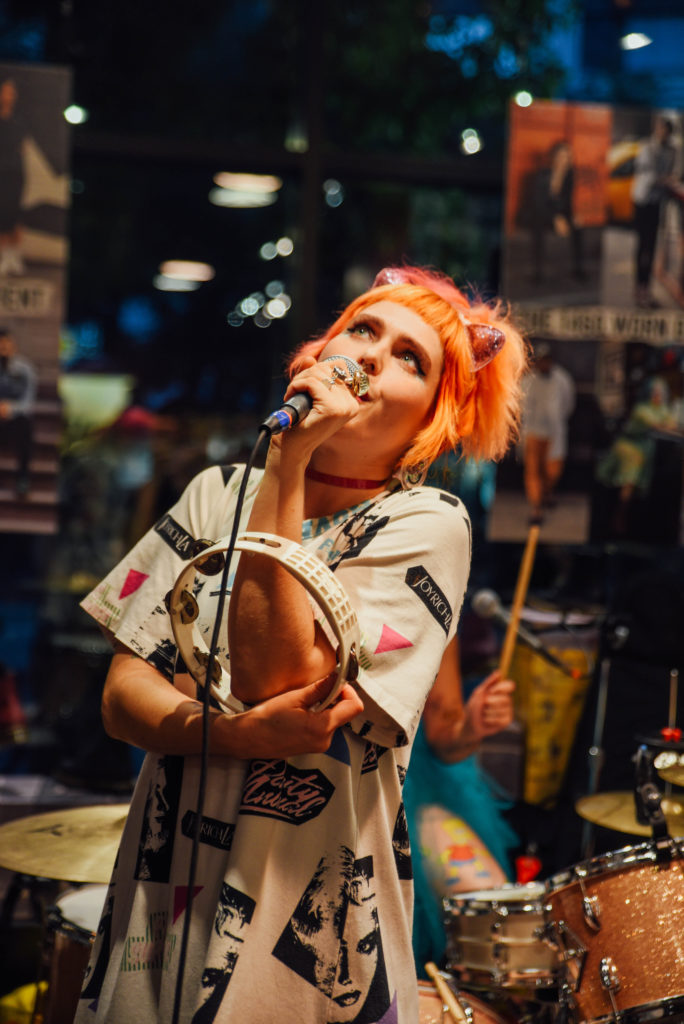 Tacocat signed to Seattle’s Hardly Art record label in 2010, and has since been churning out compelling pop-punk songs elucidating individual expression and ebullient life occurrences. The band primarily played songs off their most recent album, “Lost Time”, released in 2016, which offers a more candid, mercurial approach to their music, especially when compared with their first album, “NVM”, released in 2014.

When they belted out one of their most beloved songs, “I Love Seattle”, the crowd broke out into cheers, screams, and applause. The audience sang along, asserting their true love and pride for Seattle, despite “that the world is ending” for future Seattle, and the audience swayed to the sharp, vehement instrumental and vocal hooks. If music is created to give its listeners a sense of direction and belonging, then Tacocat encapsulated this notion as their idiosyncratic melodies echoed throughout the store, capturing the audience’s attention, contemplations and appreciation.