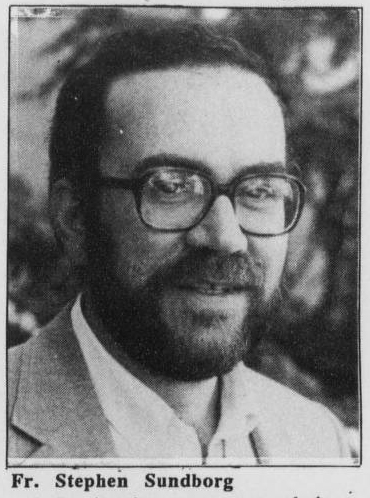 “I’m in an unknown,” a freshly- appointed President Fr. Stephen Sundborg, S.J., said to the Spectator in May of 1997, four months after beginning his presidency.

The Board of Trustees announced the reappointment of Fr. Sundborg, the 21st president of Seattle U earlier this year on Wednesday, March 1. He will serve another 5-year term and remain president at least through 2022.

During his last 20 years as the leader of our university, Fr. Steve has elevated our school to a more academically rigorous institution. He established the Seattle U Youth Initiative and returned our sports teams to the NCAA Division I.

In the 1997 issue of the Spectator, Sundborg said two of his goals as president are to build “an excellent student center” and create a “good rapport” with students. Looks like he can check those off the list.

“It’s an enormous job,” he said in that issue. “You wonder if you are capable of it. I need to do it and get into it my own way. The more I do, the less I worry.”

Fr. Sundborg was officially appointed as president in January of 1997. At the time of his appointment, he was on sabbatical in Europe, but stated that the role of president is “a good way to spend my energies.”

Prior to his presidency, Fr. Sundborg taught theology and ministry and worked as a spirituality counselor in campus ministry. He also served as Jesuit Provincial of the Oregon Province of the Society of Jesus.

One of Fr. Sundborg’s most notable accomplishments as president is that he shaped our university’s Jesuit identity into the social justice mission it upholds today. According to the 1997 edition of the Spectator, he said he was rather underwhelmed by the previous missions, which he compared to tofu due to their lack of substance. Perhaps today, he would liken our current mission to a steak.