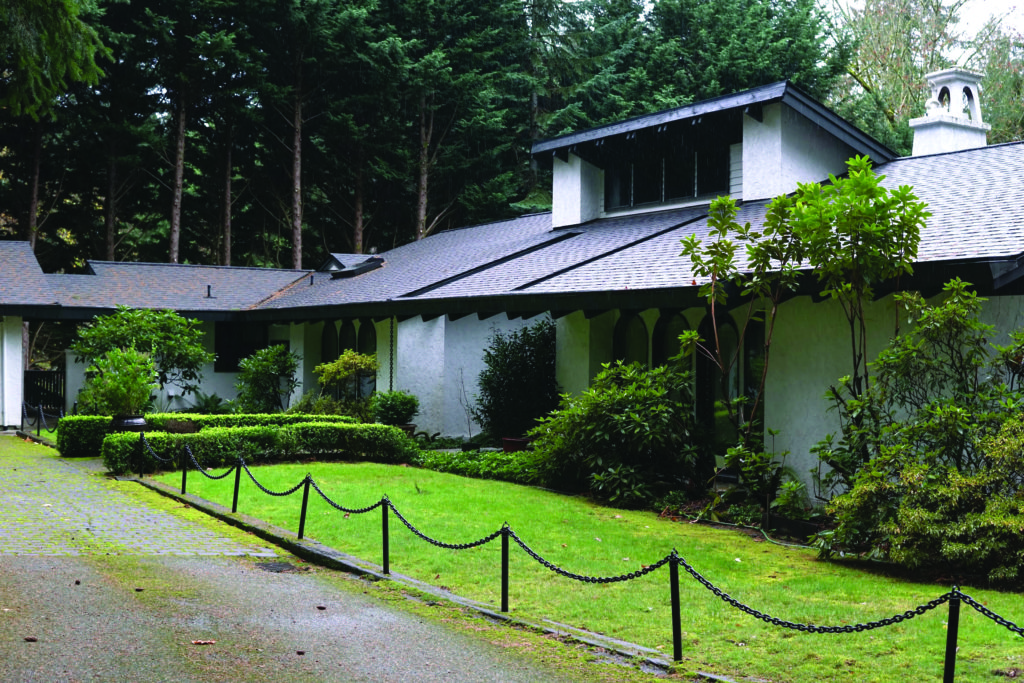 Everybody needs a break every once in awhile. The Jesuits are no exception, which is why, in 2014, Seattle University purchased a $900,000 residential home on Beaver Lake in Sammamish  for that exact purpose. 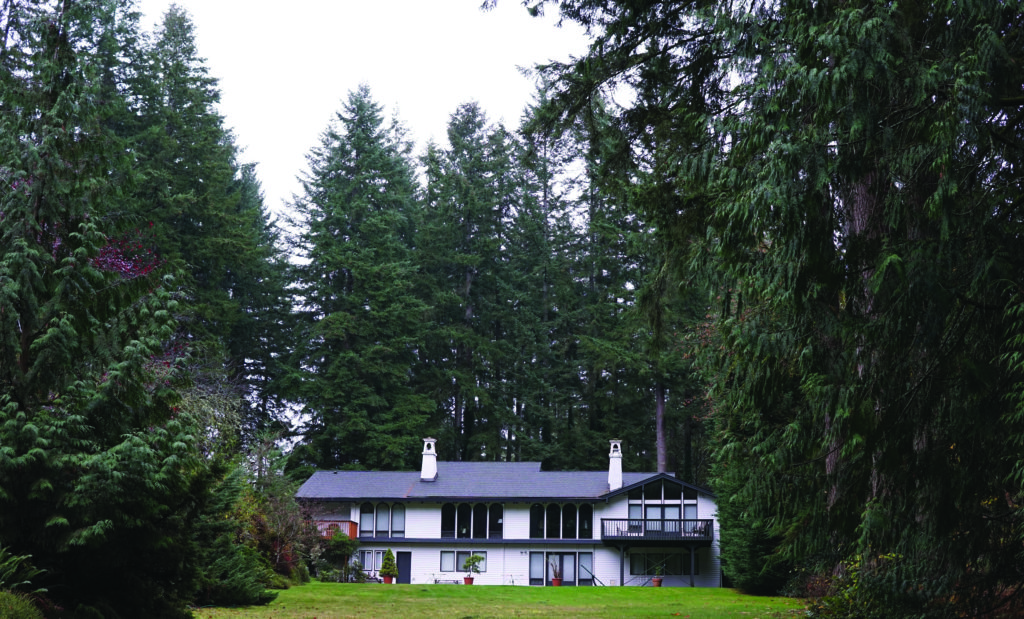 The backyard of the residence.

Just a 25-minute cruise down I-90 and a couple more windy turns off the freeway, you’ll have arrived at the 5,290-square-foot ivory home, which is currently appraised by the King County Assessor’s Office at $1.58 million.

At first glance, the structure has a modest appeal. A rambler, it sits tucked away within the shade of populous pine trees and emerald moss. It’s accompanied by a two-car garage, garden shed, spacious driveway and well-manicured shrubbery.

After closer inspection, one can begin to understand the sheer size of the property. Standing two stories tall and adorned with a pair of balconies, the home overlooks a football field-sized yard. The property is approximately 59,873-square-feet.

A couple hundred feet downhill from the house lies the quiet Beaver Lake. The lakeside is adorned with a dock, patio furniture, a boathouse and a handful of kayaks. The property is located on the tip of Beaver Lake, providing solace and privacy for the home’s occupants.
“This was not a thing on the part of the university of trying to help out the Jesuits,” Sundborg said. “Seattle University is totally independent of the Jesuits. So Seattle University has no responsibility to the Society of Jesus, to the Jesuits. We wanted to do this.”
There are 22 Jesuits who inhabit the Arrupe House and the residence halls at Seattle U. Those same Jesuits have been regularly spending time at the home on Beaver Lake, some for the last 23 years since the Jesuits first purchased it in 1993. The house serves as a retreat for them, a place for reflection and community, somewhere to get away from campus life.

“I remember I went out there and I loved just going out and paddling around Beaver Lake and so forth,” Sundborg said. 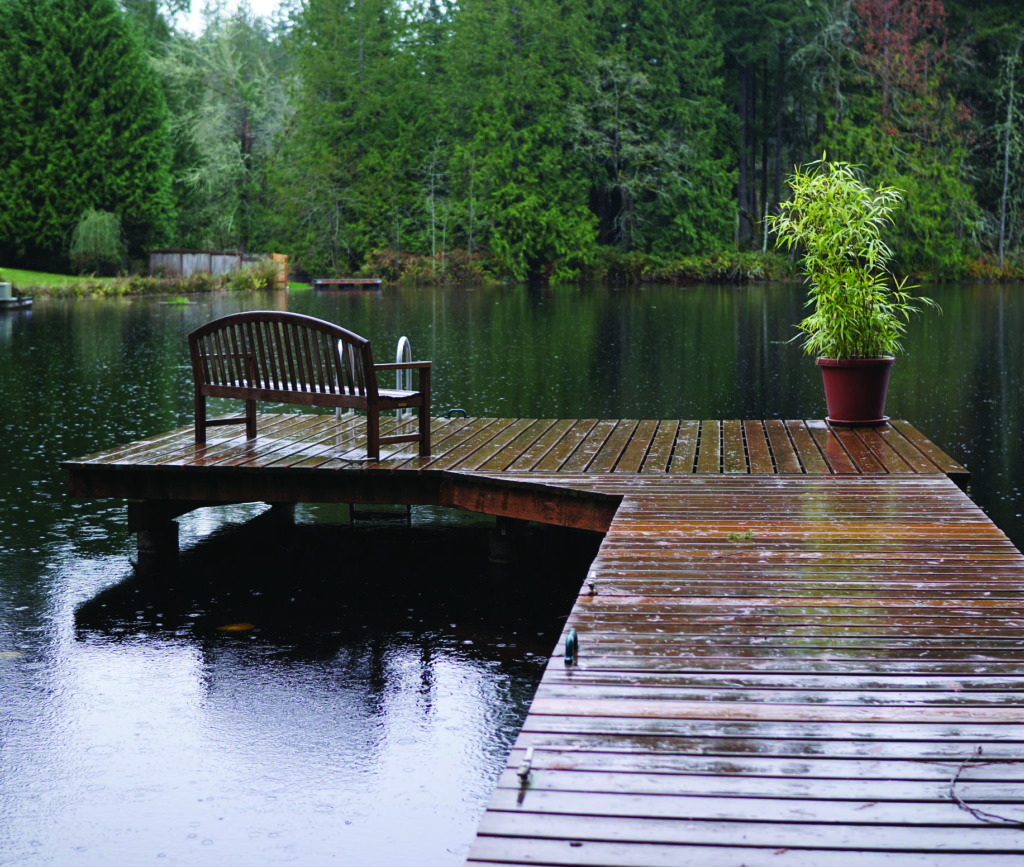 A dock on Beaver Lake.

Amidst the tranquil lapping of the water and the solitude of the surrounding neighborhood, not much has appeared to shift in the last 24 years since the Jesuits first purchased the home. In fact, the only thing that’s changed is the taxpayer name and a near million-dollar transaction.

In 2014, Seattle U purchased the home for $900,000 from the Pioneer Educational Society, which is the corporate name for the Jesuit Province. Along with the purchase of the Beaver Lake home, the university also bought the Arrupe house from the Jesuits for $2.2 million.

In total, Seattle U purchased $3.1 million in property from the Jesuits in 2014.

“The university invested in [the Arrupe House] in order to assure the living residence for the Jesuits here at Seattle U,” Sundborg said.

The Beaver Lake home, which Sundborg describes as an “off-campus Jesuit residence,” was purchased in order to provide Jesuits a place of peace away from the everyday life of the university.

“So it was, for me as president and for the Jesuit community, it was a great encouragement and a great support that the trustees saw how important it is to have a Jesuit community here and to be able to recruit Jesuits to come and work here in the future,” Sundborg said of the purchasing of both the Arrupe House and the Beaver Lake home.

Essentially, the two properties went from the hands of Seattle U-affiliated Jesuits to those of Seattle U administrators. The Jesuit Province’s intention behind selling the properties to the university was to generate income in order to maintain integral programs, such as training and providing elderly care for Jesuits. 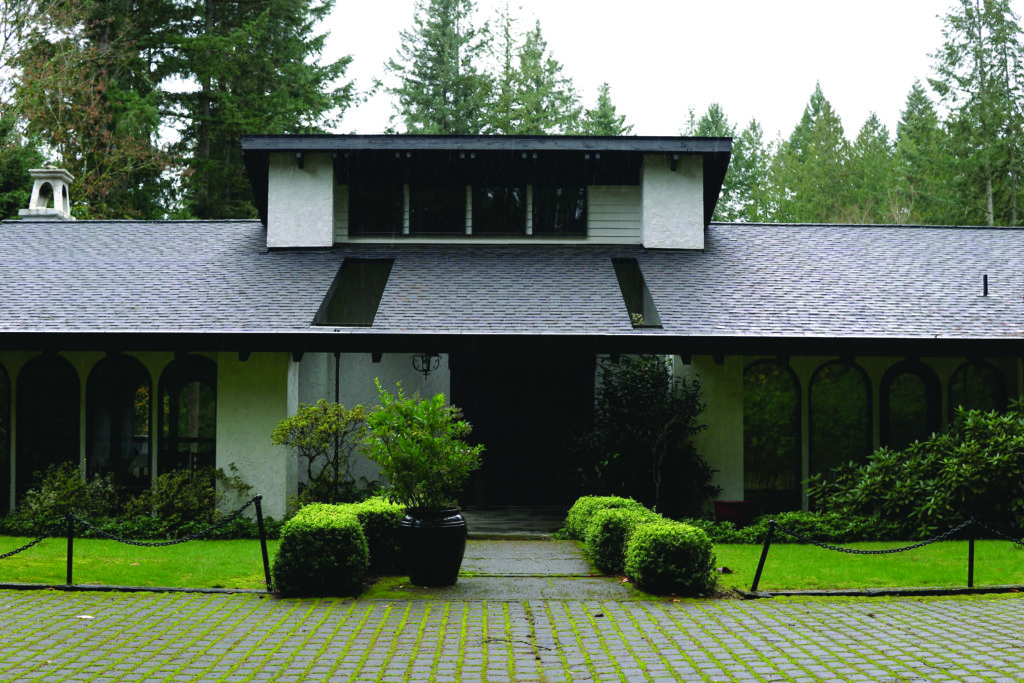 The front of the home.

The Oregon Province of the Society of Jesus (SJOP), which encompasses Oregon, Washington, Alaska, Idaho and Montana, was facing financial hardships following a series of lawsuits pertaining to the sexual abuse of Native American and Native Alaskan children from the 1950s to early 1990s.

According to The Seattle Times, in 2011 the SJOP agreed to pay $166.1 million to about 500 abuse victims, $118 million of which would be paid by insurance companies, and the other $48.1 million to be paid by the Jesuits. It was one of the largest settlements in the Roman Catholic Church’s sexual-abuse crisis.

Reeling from the settlements, the SJOP filed for bankruptcy. As a result, they were struggling to pay for training Jesuits and elderly care.

“[In 2011], the [SJOP] was initiating the sale of a number of its community facilities as part of proposed bankruptcy reorganization plan,” said Mary Petersen, Vice President and University Counsel at Seattle University, in an email statement to the Spectator.

Around that time, the University Board of Trustees authorized the university to negotiate the purchase of the Arrupe House. At the time of the negotiation, the Arrupe House, which was owned by the Oregon Province of the Society of Jesus, was the only property on the Seattle U campus not owned by the university. There was also discussion of the sale of the Beaver Lake property at this time.
“It is inevitable that at some time the university will have a president who is not a Jesuit,” Petersen said.  “Therefore, the [Board of Trustees] saw it as even more important that there be a strong, healthy, active Jesuit community at the heart of the university.”
According to Sundborg, if Seattle U did not purchase the Beaver Lake property, the Jesuits would have lost the home because they needed the funds to pay for their programs.

He stressed that the university did not buy the properties as a means to alleviate the SJOP’s financial troubles brought on by the lawsuit settlements, as the university is financially independent from the Society of Jesus.

He said he is very appreciative of the Board of Trustee’s approval to purchase that property.

“Now the university has guaranteed the future of Jesuits being able to work at this university. That’s a great accomplishment,” he said.

The Cost of Our Jesuit Identity
The $3.1 million in property purchased in 2014 may reveal more than just a need to maintain the Beaver Lake home and the Arrupe House. Perhaps the purchases indicate the desire to grip onto our Jesuit identity.

In light of the university’s announcement in September to seek court review of the adjunct unionization, the religiousness, or lack thereof, within Seattle U has been at the forefront of many conversations.

According to the email statement Sundborg sent out to the university regarding the court review of the unionization, the administration worries that, should the university form a union under the guise of the National Labor Relations Board (NLRB), the university’s religious authority could begin to slip away.

This fear of a diminishing piety is evident in the Board of Trustees’ justification for purchasing the Beaver Lake home.

“It is inevitable that at some time the university will have a president who is not a Jesuit,” Petersen said.  “Therefore, the [Board of Trustees] saw it as even more important that there be a strong, healthy, active Jesuit community at the heart of the university.”

Petersen said that the Jesuits are catalysts of the university’s mission. “An abiding Jesuit presence and service to the university in the fulfillment of its educational mission is essential to what a Jesuit university is in practice,” she said.

In support of the overall goal to ensure a continued Jesuit community at the university, the Board of Trustees authorized the purchase of the home. 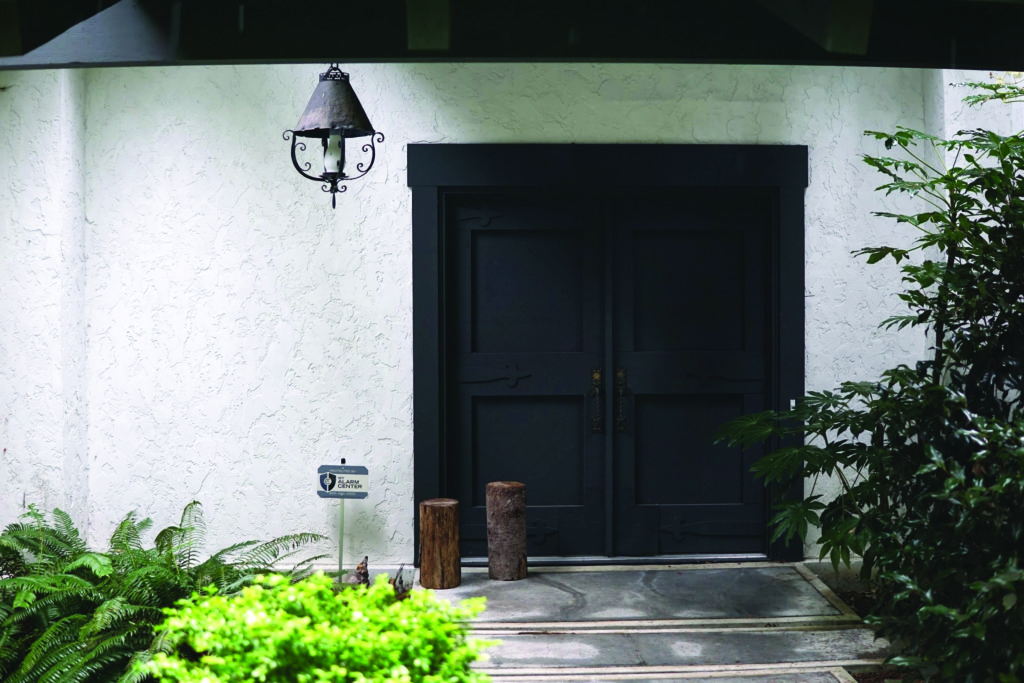 The front door of the Beaver Lake residence.

She also emphasized the way that Beaver Lake provides a place of seclusion, reflection, and perhaps even escape, for the Jesuits who would otherwise spend every single day on the university’s campus.

“For many years, the Jesuit Community had used this house to have some place to enjoy companionship and life apart from campus,” Petersen said. “This facility is heavily used by the Jesuits of Seattle University as a place to relax and to be renewed physically, psychologically and spiritually.”

According to Petersen, in order to continually recruit Jesuits who want to be integrated within the university community, a place like the one on Beaver Lake is essential.

“The [Board of Trustees] recognized that the University will only be successful in attracting and recruiting qualified Jesuits to work and serve at SU if there is a vibrant, healthy, residential Jesuit community on campus,” Petersen said.

Sundborg said that the Beaver Lake home, as well as the relief that it provides for the Jesuits, is integral to the Seattle University Jesuit community.

“I think the fundamental question you have to ask yourself is, ‘Does the university or does it not want to have a Jesuit community here?’” he said.

As the university moves forward with the court review of the adjunct unionization, it may become apparent how far we will to go to maintain a grip on our institution’s religious identity.