In October the Seattle University administration amended one specific section of the Seattle University Code of Conduct: the demonstration clause. According to the clause, individuals organizing a protest must meet with a member of the Student Activities Office to plan facilities reservations and coordinate with public safety. Additionally, the demonstration cannot “actively disrupt scheduled class meetings, teaching, administration, or disciplinary procedures and/or other university functions or authorized activities.” Finally, the clause states that Seattle U has the right to control the use of all university property at any time and for any reason.

The changes generated attention from members of the Seattle U community, as they set heavy limits on the ways in which students can demonstrate. On Wednesday, Oct. 26, Vice President for Student Development Michele Murray spoke about the changes to Student Government of Seattle University panel and other Seattle U students in attendance. She fielded questions for over an hour.

Students raised many concerns, particularly the way the university is hindering students’ ability to hold effective protests, as well as the punishments they will face should they transgress the rules set forth in the code of conduct.

Had these sanctions been imposed last year, the 24-day-long MRC sit-in would not have been able to transpire the way it did. While the administration may be reticent to acknowledge it, the change to the clause appears to be a direct response to the MRC protests, which received heavy media attention and resulted in the retirement of then dean Jodi Kelly, who was at the epicenter of the sit-in.

As the dust settles, many questions remain for incoming freshmen, but faculty and administrators within the college are “cautiously optimistic,” according to Dan Washburn, associate dean of MRC.

Sophia Xiques, a freshman humanities for leadership major, first heard about the sit-in and the college’s past while attending Summer in Seattle, the orientation for incoming freshmen. She said that, for the most part, the events that transpired last spring have been swept under the rug.

“I was very surprised, I was considering switching out,” Xiques said. “It was weird they never said anything about it. Even after orientation when I started classes.”

Other students expressed similar concerns. “I hear from students, and I hear different points of views from students,” said Alexa Montenegro, a freshman humanities for leadership major in MRC. “But there is not a clear explanation of what exactly happened.”

For Montenegro, the sit-in actually encouraged her to enroll in MRC. “The fact that the students and the people cared so much…that they would go through that,” she said. “I want to be a part of that.”

Even though some questions may still arise, students realize how important their role is in bettering the college.

“Things need to change, but I think we’re totally headed in the right direction,” Montenegro said.

Despite initial questions, Xiques said, these preoccupations haven’t negatively affected the her experience in MRC.

But it isn’t just the students’ worries that affect MRC, it’s also the toll the sit-in may have taken on enrollment. According to Washburn, in the recent past, enrollment reached about 75 first-year students. This year’s freshman class was roughly a third of that size. 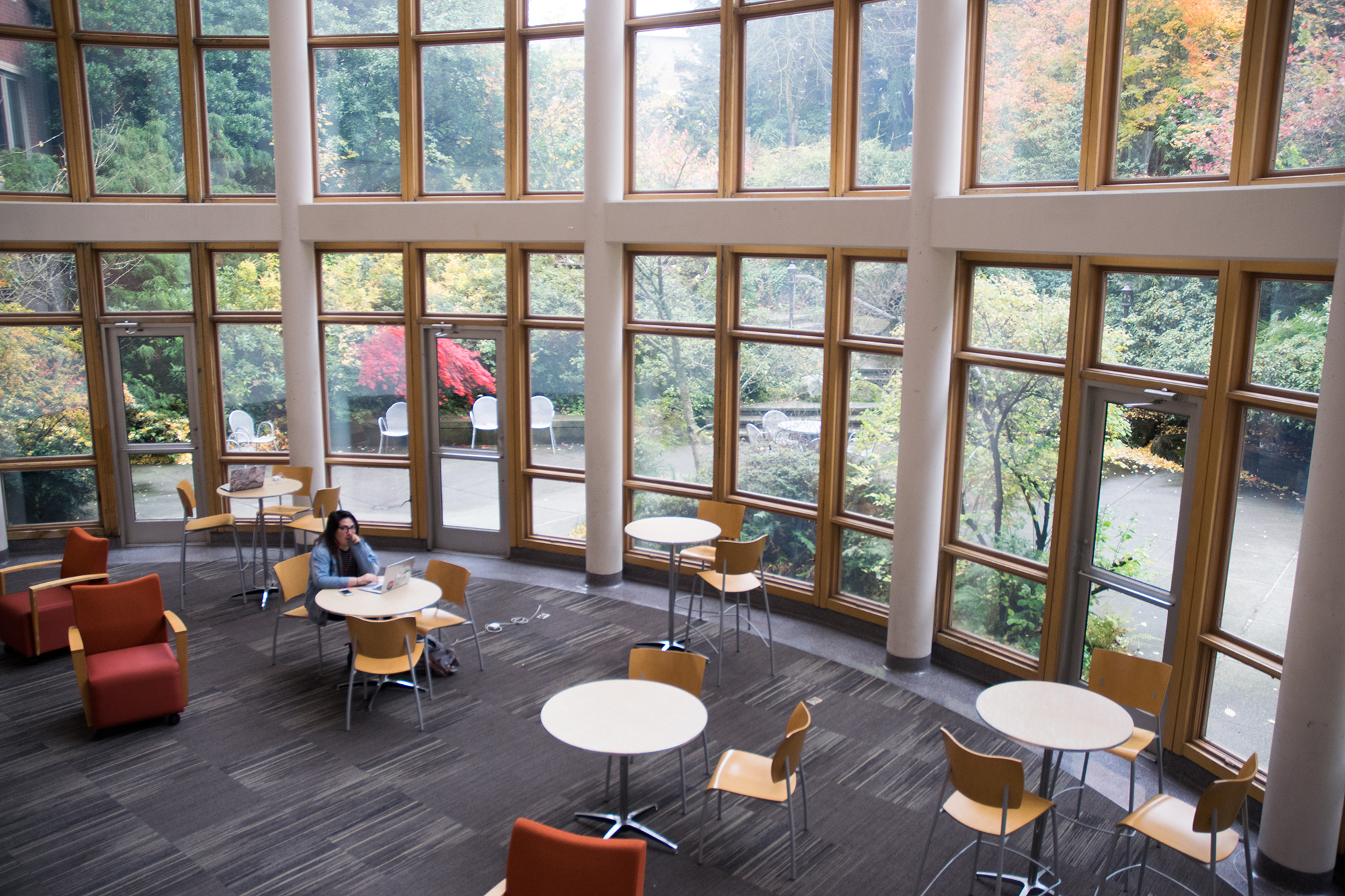 A scene of unrest, occupation and protest last quarter, the Casey Atrium seems back to normal. But has the Matteo Ricci College changed?

“Our enrollment this year is a concern,” Washburn said. “The number of new students had been steadily declining. I don’t know what factors affected the number of students this year.”

However, Washburn isn’t overly concerned that MRC students won’t be able to help the college bounce back: “They know that change is difficult but they’re excited to be part of that process. I’m grateful to be able to work with the students in the college. They are an outstanding bunch.”

The changes within MRC are important to preserving the humanities on campus.

“We’re at a moment in history when it is critical that we enrich our own sense of human-ness with qualities such as empathy and courage; it is just as critical that we fully appreciate the humanity of others, above all of marginalized peoples,” Washburn said.

“I feel more committed than ever to work to improve the MRC…I think all universities need to confront the realities of racism and sexism in our society. And for a humanities college that’s particularly important because we’re supposed to be teaching our students about humanity,” Howe said. “A social justice university needs to talk about social injustice. We can’t learn one without the other.”