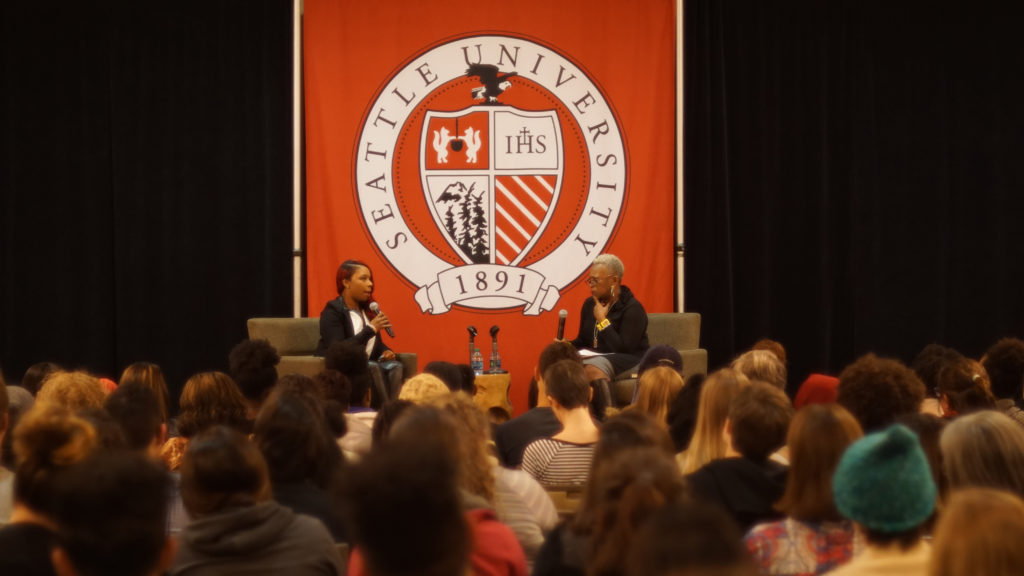 Hundreds gathered in the Campion Ballroom earlier this week to catch a glimpse of what it’s like to be a black mother in the United States in the year 2016. Lezley McSpadden came to Seattle University on Tuesday to speak about the death of her son, Michael Brown, who was fatally shot, unarmed, in Ferguson, Mo. by a police officer more than two years ago. 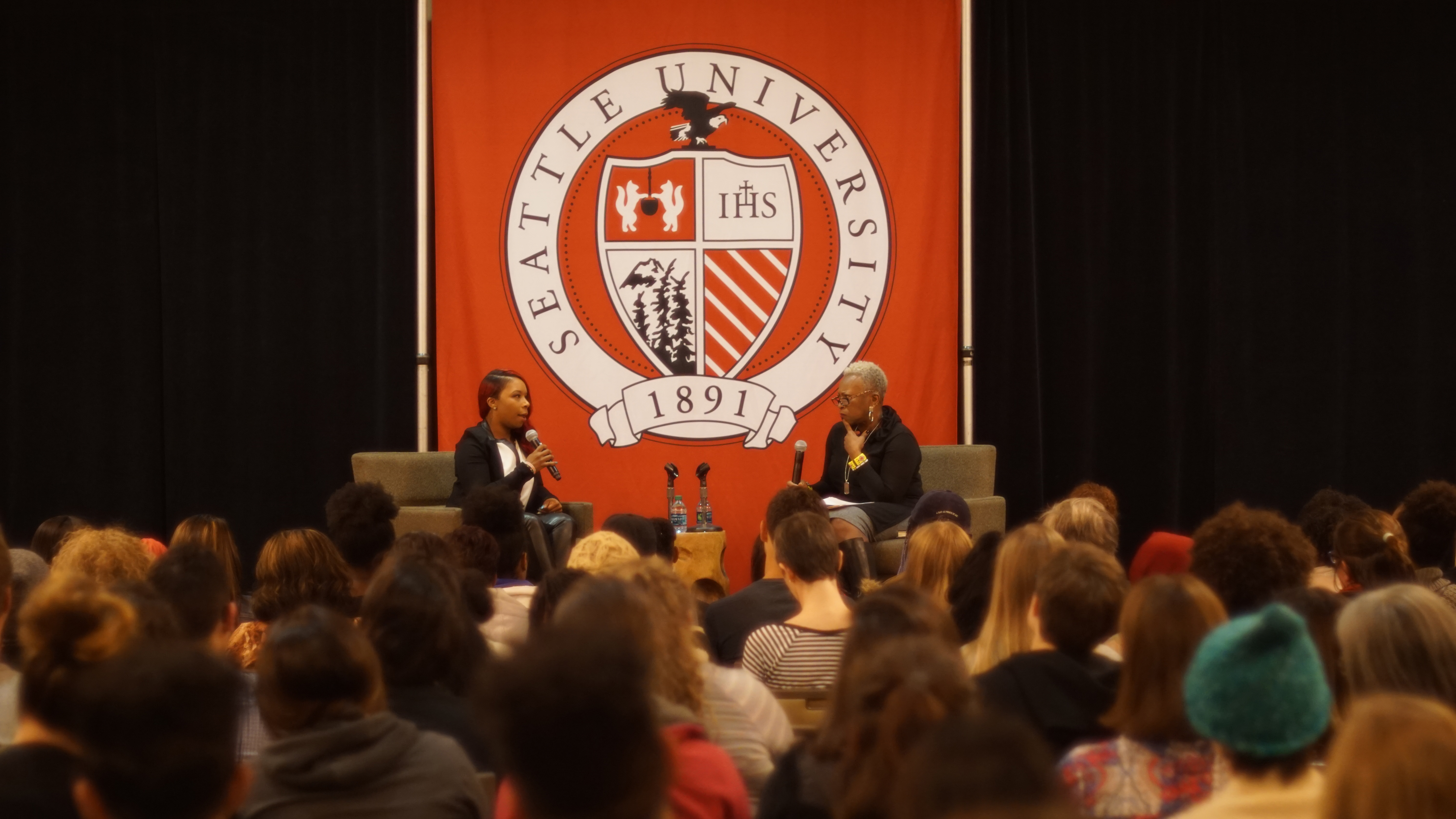 McSpadden was at work when her son was shot. First she got a call from her coworker, who told her that police had shot someone, then from her sister who confirmed that it was Michael. She dropped her phone and ran. At the scene she saw a mound in the road, covered by a blood-stained tarp and surrounded by police officers taking notes, talking on the phone and subduing the growing crowd of onlookers. That was August 9, 2014. McSpadden wasn’t allowed to see her son’s body until the 25th, almost 16 days later.

“They didn’t tell me anything but to be quiet and calm down,” McSpadden said on Tuesday, describing how the police treated her at the scene of her son’s death.

Immediately after the incident, residents of Ferguson took to the streets in outrage, engulfing the area in turmoil for weeks. The demonstrations prompted a strong response from law enforcement, including tear gas and rubber bullets. Confrontations continued even after Gov. Jay Nixon called on the Missouri National Guard to extinguish the protests. But the situation escalated when the St. Louis County prosecutor announced later that year that Darren Wilson, the police officer who shot Brown, would not be indicted.

McSpadden spoke at two events on Tuesday, once in Pigott Auditorium and once in the Campion Ballroom. Haley Witt, a freshman journalism major, went to both. “The [evening speech] was a lot heavier,” she said. “It was a lot longer and more emotionally driven.”

McSpadden spoke movingly to the crowd in Campion about what life was like after she lost her son, the way people reacted across the country in the wake of his death, how it affected her family, the people she met and the places she went, and finally, how it brought her to where she is now.

“Reform is something that needs to happen within the criminal justice system,” Witt said. “Hearing about someone who has experienced it firsthand, and feeling those emotions alongside with her, was definitely impactful.”

McSpadden co-authored “Tell the Truth & Shame the Devil,” a memoir about a young woman becoming a good mother. In the book, McSpadden writes about the hours, days and months following her son’s death, alluding to the time she spent with protestors and the treatment she received from police and city officials.

Michael Brown’s death, some would argue, launched Black Lives Matter (BLM) from a mere hashtag to a national movement. Through a series of efforts made by grassroots activist groups, the chants of BLM members have been heard on the streets of cities across the country.

In August earlier this year, USA Today wrote, activists who drive the BLM movement and academics who study it say it all began with Brown’s death, when images of his body lying on the street of a northern St. Louis suburb and accounts of his killing spread widely through Twitter and sparked protests and media attention.

“If Mike wasn’t killed and people weren’t directly impacted, if we didn’t leave our homes, I don’t know where or what movement I would [have been in] two years ago,” said Johnetta Elzie, 27, a Ferguson protester and one the movement’s most prominent voices. If Brown hadn’t been shot, Elzie added, “I probably wouldn’t be as involved as I am now.”

Most recently, thousands of teachers, educators and school staff members in Seattle are wearing BLM shirts today, Wednesday, Oct. 19. By wearing the shirts, the Seattle Education Association said in a statement that teachers hope “to bring focus to racial equity and affirming the lives of our students—specifically our black students.”

Seattle University faculty and staff members are participating in this demonstration.

“I know SPS [Seattle Public Schools] has received major white backlash against this event in schools, so that was an added personal reason to stand in solidarity,” wrote political science professor Rose Ernst in an email to the Spectator. “As a white person, I cannot stand by in silent complicity with white racial terror.”