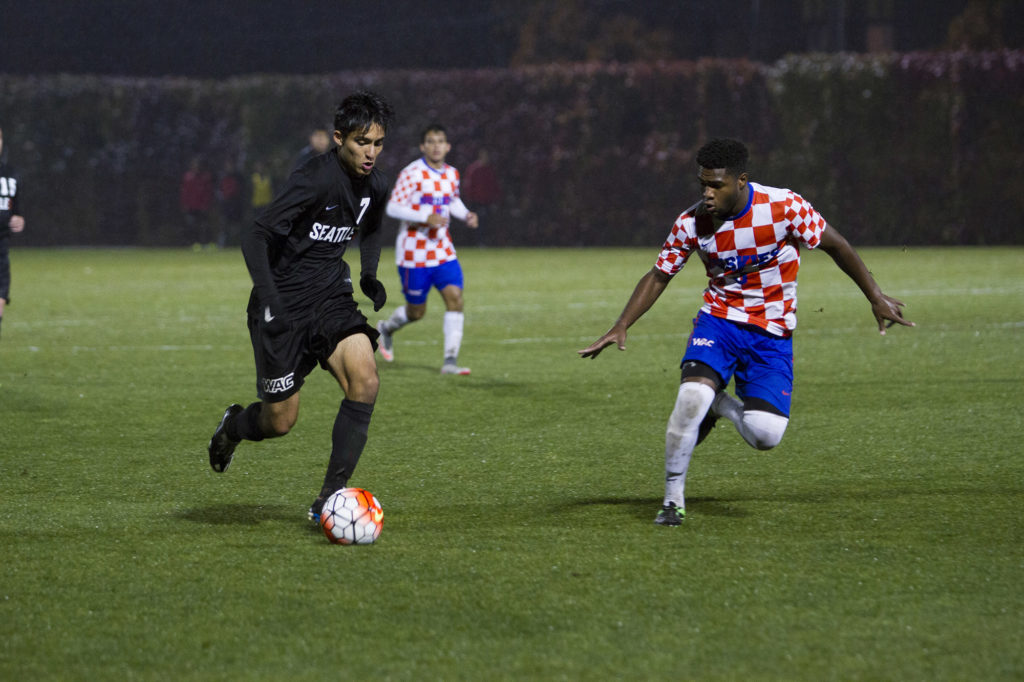 Victory came in two very different forms for our soccer teams last week. On Friday the women’s team barely squeezed by with a late winner in the 84th minute against Grand Canyon University on Championship Field. On Saturday the men’s team ran away with a 5-0 home victory against Houston Baptist for their fourth WAC victory in a row. 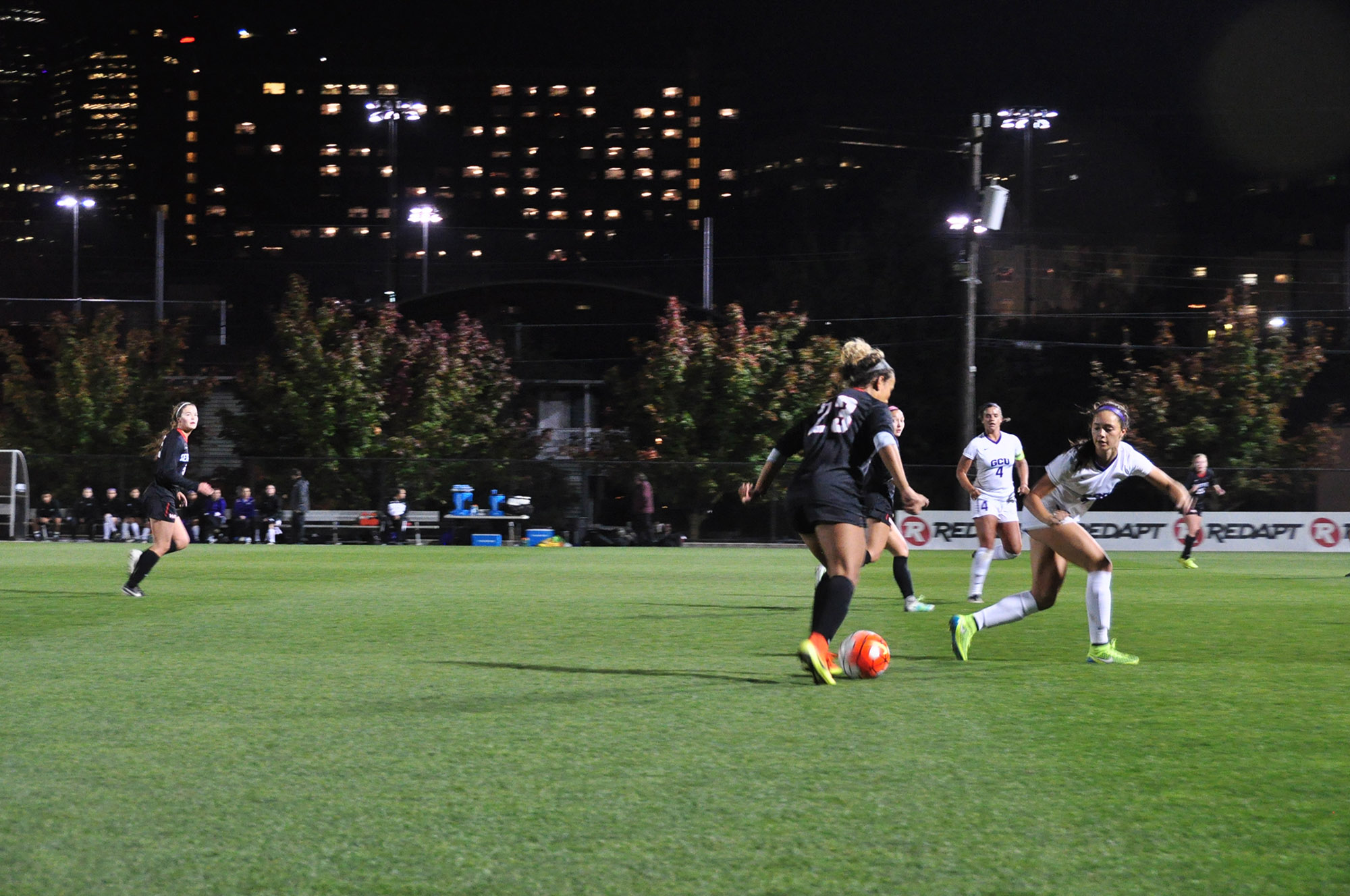 Sr. Forward Brie Hooks carries the ball down the field.

The women’s game was balanced, for the most part, with shots on goal coming from both sides throughout the first half and most of the second. They started off slow in the middle where the Antelopes dominated possession but the scale tipped in our favor as the game was about to end. The first 84 minutes of the game consisted of a steady back-and-forth between both teams. But moments later, as the clock was winding down and onlookers started to gather their things to beat the crowd, sophomore Isabelle Butterfield crossed the ball to senior Natasha Howe’s feet, who took a touch and slotted the ball into the left corner.

“It’s exciting to start conference play with three points, especially when we didn’t have one of our best games,” said Seattle U Head Coach Julie Woodward. “Grand Canyon played a hard, physical game that took us out of our flow, but I was proud of how we stuck with it right until the end. Natasha had a great game for us tonight and a great goal.”

The girls played again on Sunday at California State University Bakersfield, coming from behind for a 3-2 win over the Roadrunner’s.

The Redhawks (7-5-1, 2-0 WAC) played another exciting game winning this one in overtime.

Once again they waited until the final minutes to make things interesting with freshman Ayana Robles tying up the game with her second goal of the season in the 87th minute.

Shortly after Robles scored, senior Brie Hooks sent a blocked shot into the net in the opening minutes of overtime for the win.

They play again at New Mexico State this Friday, Oct. 14.

The men’s team (8-4, 4-0 WAC) played their first game of the week against San Jose State University winning 2-1. Junior David Olsen struck first for his third goal of the season before Seattle U goalkeeper Jordan Hadden put an own goal in to tie the game. The go ahead goal came from senior Jeff Rose as he headed a cross from Olsen into the net. 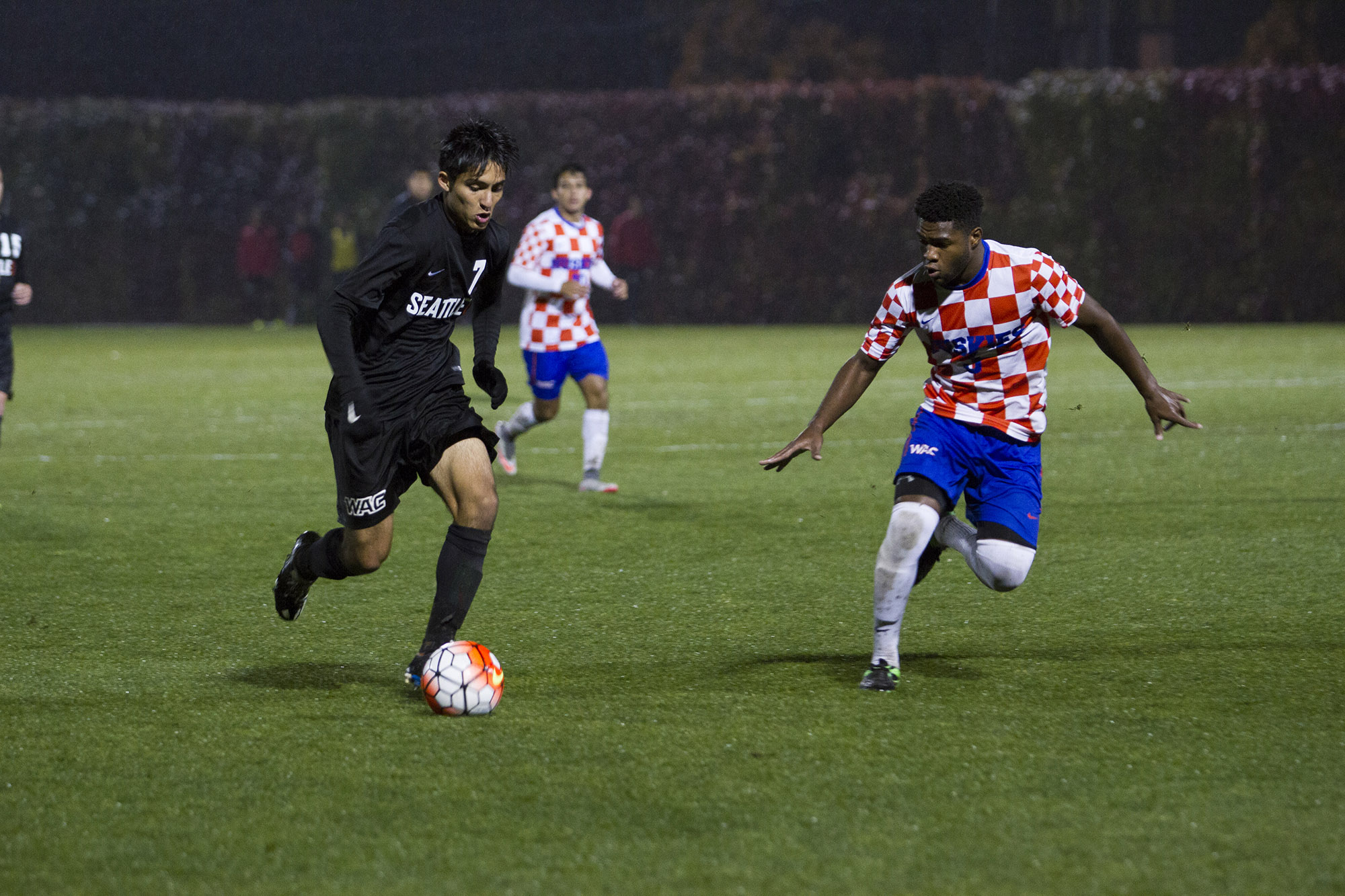 #7 Sergio Rivas pushes the ball up the field. Rivas would end with 2 shots and 1 goal.

Their second win of the week came in a more convincing fashion as they beat Houston Baptist 5-0.  They dominated this one from start to finish, not scoring until the 35th minute, but ending up having five players score. It was also their seventh shutout of the year. Coach Pete Fewing has to be happy with what he has seen out of his team thus far.

They have two games this weekend, one away and one home, with a match away against University of Missouri, Kansas City, on Friday and at home against Grand Canyon on Sunday.