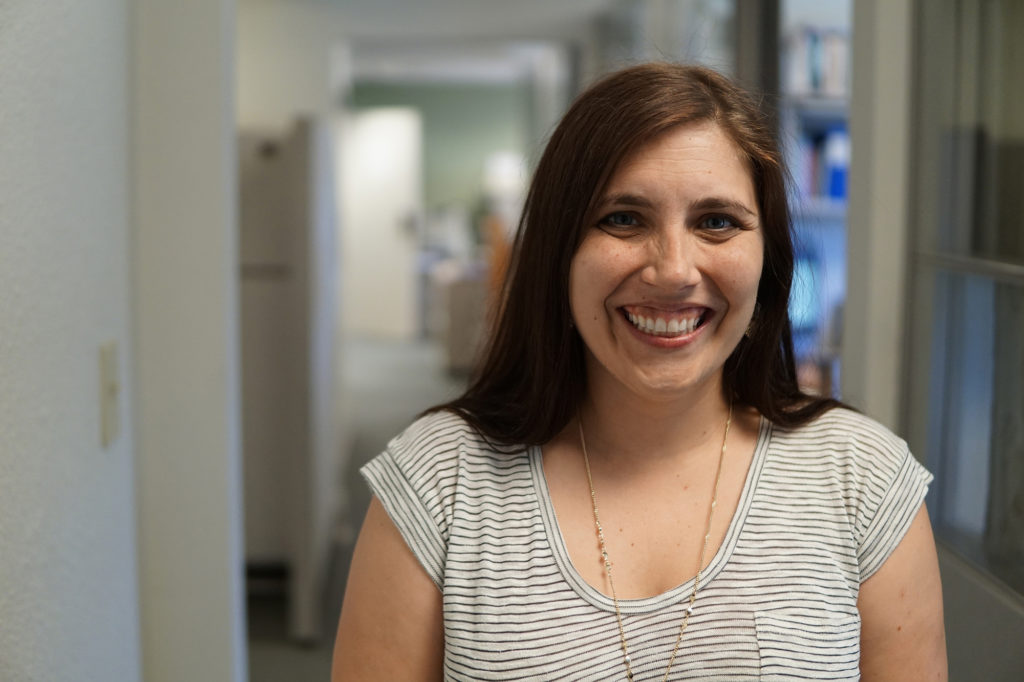 With the academic year approaching completion, the minds of many students will be focused on finals as the very last hurdle before a hard-earned summer break. What many do not realize is that our faculty are equally hard at work with their own preparations, making curricular changes to better represent their department’s mission statement and the needs of their students. 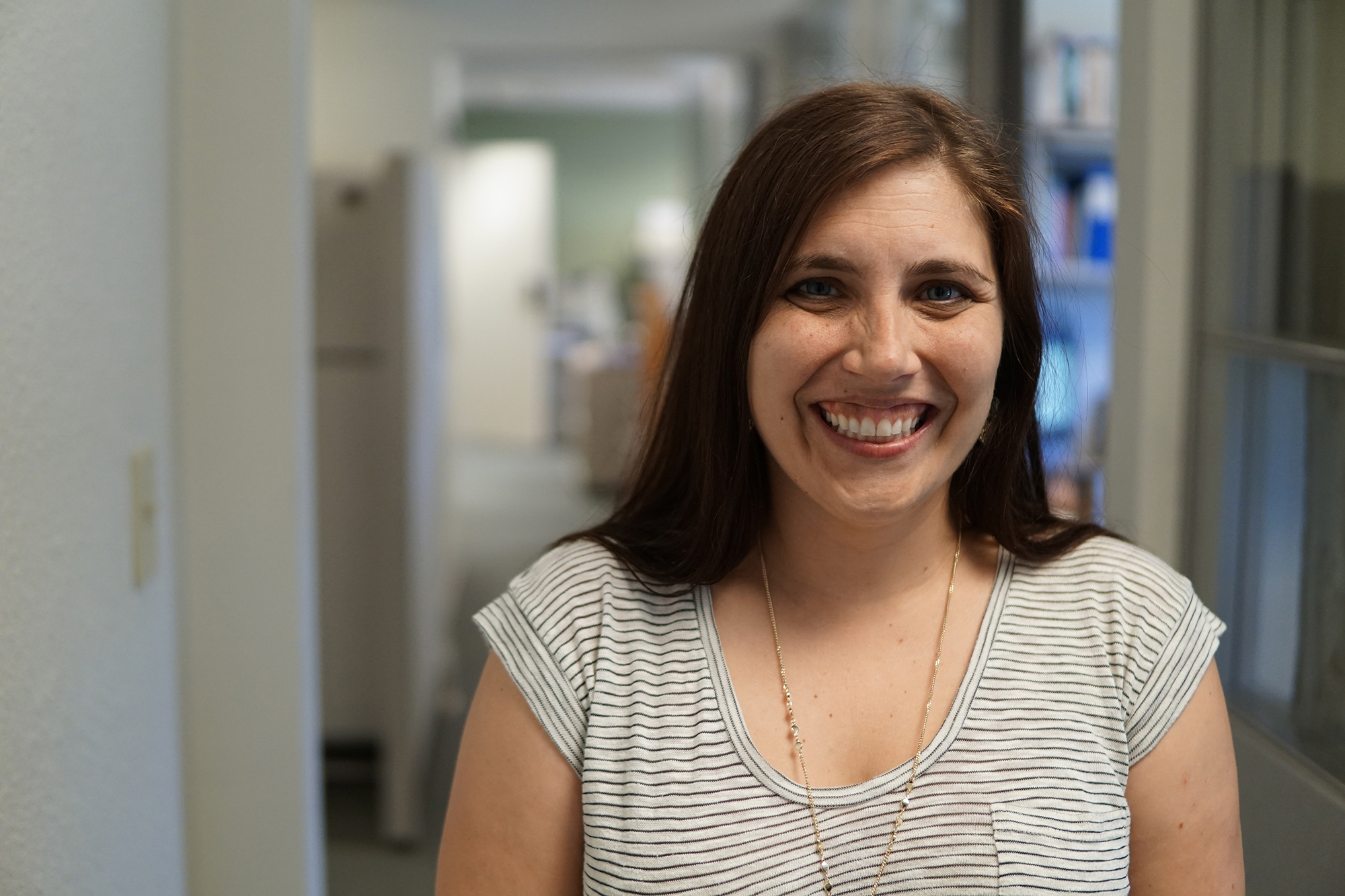 Caitlyn Carlson, assistant professor in the communication and journalism department, standing in front of her office in Building 1103.

The program with perhaps the most visible changes is the Communication Department, which aims to consolidate Communication Studies, Strategic Communication and Journalism into a single degree. This process, scheduled to take effect in fall 2017, will have prospective students apply under the new Communication major and select a concentration based on their field of interest, with potential for more concentrations in the future. Communication Professor Caitlin Ring Carlson explains these changes are intended to make foundation level courses more available and easy to get into, while keeping more specialized courses for each concentration largely the same. Carlson also emphasized interaction and collaboration between the different Communication disciplines as a major influence in designing the major.

“An analogy people have been using is that we’re kind of an archipelago and there’s always been water between us,” Carlson said, referring to the different Communication majors. “The new major hopefully lowers the water.”

In addition to developing community among Communication majors, these changes are intended to showcase both the liberal arts and business components of the major more effectively. According to Carlson, they will highlight not only the applications of classroom material but also its societal importance.

“I think it’s the best of both worlds.” Carlson said “In a lot of ways, they’re two sides to the same coin.”

Changes are also in the works for the Interdisciplinary Liberal Studies program, which had until recently been known only Liberal Studies. More than just a change in name, Program Director professor Sven Arvidson describes the change in identity to match their long-standing approach, facing issues with the combined insights of multiple fields.

“Interdisciplinary scholarship is when the researcher approaches a complex problem that a single discipline alone can’t advance an understanding of,” Arvidson said. “It produces a more integrated product, something that is more a comprehensive understanding than one discipline could have produced.”

Interdisciplinary Liberal Studies is also in the process of adding a new specialization for their major, focused on K-8 education and granting students the certification to teach as soon as they are done with their undergraduate studies. The Elementary Education specialization will also grant students the English Language Learner (ELL) endorsement, allowing them to teach English as a second language within the state of Washington. This specialization is also unique in that a portion of its classes are taught by Seattle University’s College of Education, not only a collaboration between two different programs, but also one of the few times in the history of the university that the college has taught to undergraduates.

Also among the departments making transitions is the Institute of Public Service, specifically pertaining to the Masters of Public Administration. Its certificate program, mostly intended for people looking to work in government or the nonprofit sector, will consist of hybrid courses combining online and classroom instruction in order to include students with longer commutes. Accompanying the approval of the certificate program was a series of curriculum changes, which aim to make students within the program more active and socially-aware members of their community.

“[The curriculum] is more focused than it has been in the past on social justice and service learning,” said Professor Larry Hubbel, director for the Institute of Public Service.

The main change meant to reflect this new emphasis is the addition of new course requirements, with notable courses on ethics and human resource management. Among these new offerings, Hubbel drew attention to his series of connected courses regarding homelessness. These courses, spread out over three quarters, begin with a study of homeless literature, and over time come to incorporate visits from local legislators and culminate in student projects pertaining the subject of homelessness.

“We’re also doing something that students want, where they get to apply their knowledge not only in the homelessness class, but in the future in our capstone class in a way that serves the community,” Hubbel said.

Though these changes look and feel very different for each individual department, as a whole they embody the goal of strengthening community both on and beyond our campus.