Overshadowing the Exploited on May Day 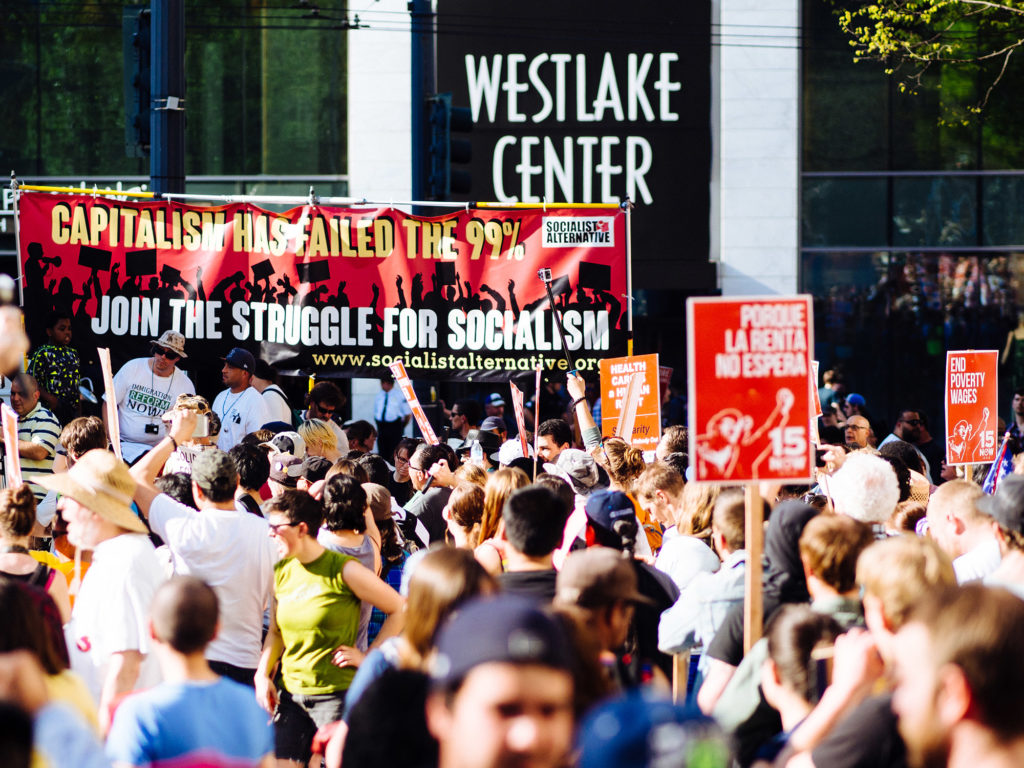 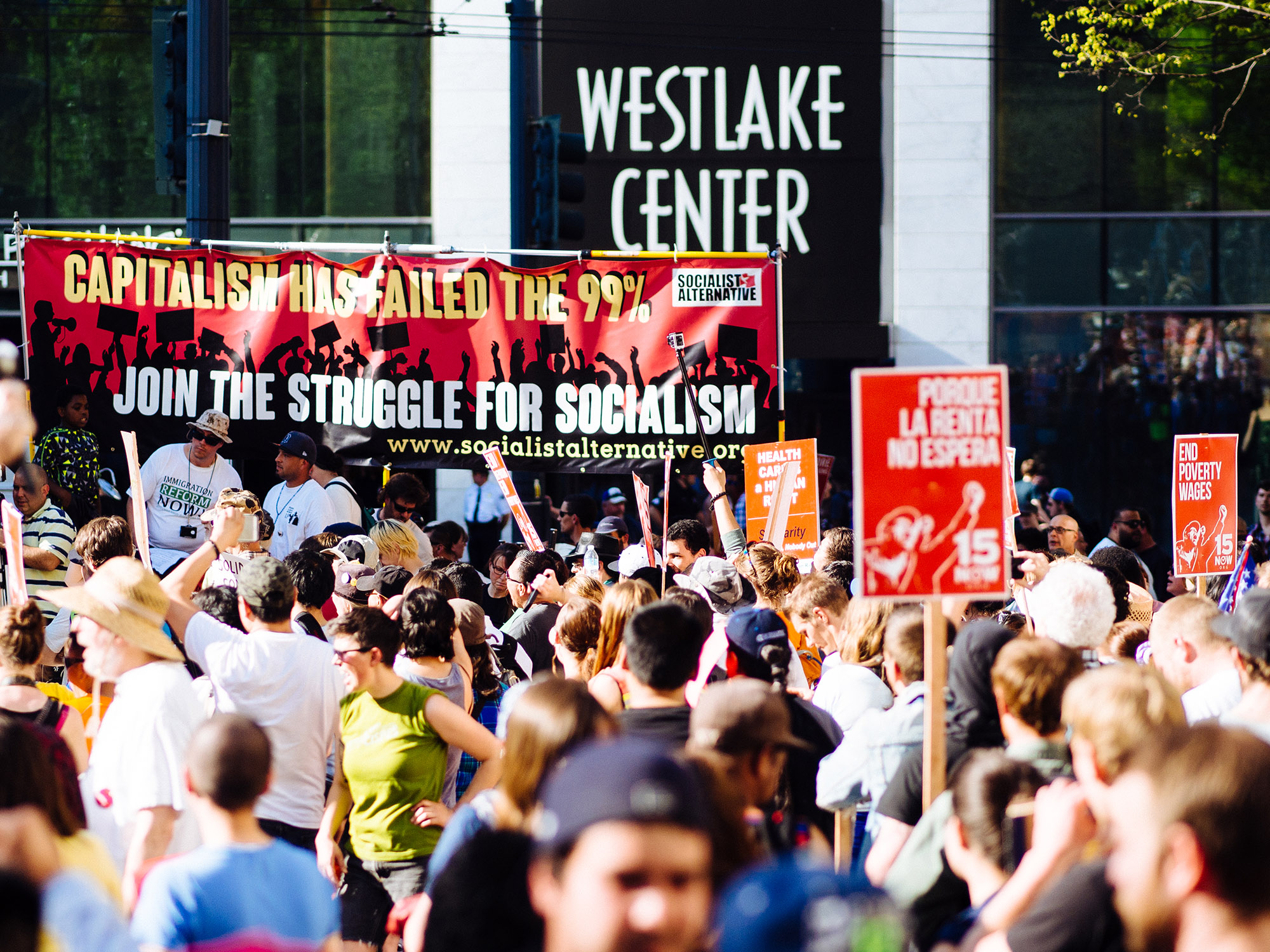 The first day of May means something different in every culture. In some places, it’s a Pagan fertility festival that can be traced back to the medieval era. In others, it’s a spring holiday with dancing, singing and cake. In Seattle, what was once an annual celebration of workers and immigrant’s rights is now marred by hooded delinquents dressed in black throwing rocks and molotov cocktails, breaking storefront windows and assaulting police officers. This year was no different.

The demonstration started at Westlake Park—instead of on Capitol Hill like it has in previous years—and ended on the intersection of Fourth Avenue South and Industrial Way. The first protesters arrived at 6 p.m. peacefully holding banners and signs. By the end of the night, nine people had been arrested and five officers were injured during clashes
with demonstrators.

“We left before all that happened,” said Nayeli Cervantes, a Seattle University student who took part in the demonstrations on May Day.

Cervantes, whose parents are immigrants from Mexico, walked among members of an advocacy group that promotes higher education, culture and history in the Latino population. While she was there, the protest was civil and demonstrators walked alongside police officers with no threat of violence or subsequent retaliation.

“The demonstration was powerful in that it was nonviolent,” Cervantes said.

Sophomore Jessica Martinez also joined demonstrators on May Day to fight for workers and immigrant’s rights, more specifically, to speak out against the mistreatment of her father—who will have to leave the country later this year due to immigration policy—and of herself. She received this mistreatment a month ago when she worked at a restaurant in Wallingford.

“If I’m going to quit this shitty job that’s trying to exploit me, I’m going to fight against it, too,” Martinez said. “It frustrates me that corporate media uses this spin on a productive day meant to fight serious issues that need attention.”

May Day, also known as International Worker’s Day, is an opportunity for Cervantes, Martinez, and others exploited by our system to raise their voices at those responsible for their exploitation, abuse and mistreatment. Martinez’s father lives in Los Angeles with her mother and younger sister. She worries that the forces that are keeping her family in these conditions will take hold of her 11-year-old sister’s future. Martinez said she probably wouldn’t be going to Seattle U if it weren’t for the union that provided support and protection for her father and family, but it doesn’t change the fact that he’s leaving the country in a matter of months.

“Because people still think race is biological, my family is getting separated,” Martinez said. “I don’t want people to be sad, I want them to be angry. I’m a product of my environment and that doesn’t have to have a negative correlation. I’m one individual from a ghetto community that an admissions counselor took a chance on.”

Unfortunately, Martinez is not alone in her plight. Families across the country face the same issue brought on by the exploitation of workers and immigrants who don’t have the means to protect themselves. May Day is an opportunity for people like her to put a dent in that broken system. More often than not, the spotlight shines on those who choose to hide behind black masks and break things.

“Right from the get go we saw bricks and rocks being thrown,” said Sergeant Sean Whitcomb, spokesperson for Seattle Police Department. “That kind of stuff shouldn’t happen.”

Whitcomb, an SPD officer since 1995, was on duty during May Day for the fifth year in a row. His shift started this year at 9:30 a.m. and lasted 14 hours, during which he witnessed—and suffered—the mayhem initiated by a group of individuals during the protest. Though he handled it with a cool head, May Day is a dangerous scene for officers like Whitcomb. He recalled seeing protesters wielding clubs, lighting fireworks and stacking rocks, all of which were intended for him and his fellow officers.

“It’s an absolute shame that this event has become overshadowed by a handful of people who aren’t clear on their ideology, or don’t how know to communicate it,” he said. “We want to help people enjoy their constitutional rights. We would prefer to do that without having rocks thrown at us.”