“Death of a Salesman” Brings an American Classic to Life 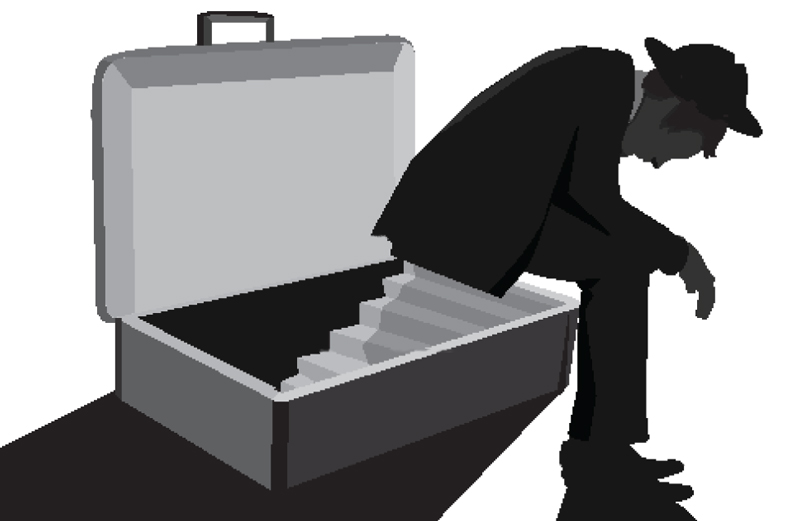 The pursuit of the American Dream becomes a deadly nightmare in ArtsWest’s emotional production of Arthur Miller’s tragedy, “Death of a Salesman.”

Directed by Mathew Wright, the play tells the story of 63-year-old traveling salesman Willy Loman’s (David Pichette) final days. Loman is haunted by standards of success he cannot seem to reach and dissatisfied with his current place in life and the failures of his two sons, Biff (Drew Highlands) and Happy (Kyle Anton Johnson). The play explores dynamics of family and the American Dream.

This is the sixth and final play of ArtsWest’s 2015-2016 season. The six plays focused on what it means to be an American and the American Dream.

“This season we [encountered] a group of individuals engaged in the pursuit of life, liberty and happiness in the country they’ve been told makes all things possible,” Wright wrote in the playbill.

The play is considered an American classic and many students, like freshman sports and exercise science major David Mickey, have read the play.

“Having read the play in high school, I found the story to be relevant without being confined to a single generation,” Mickey said. “I am sure seeing this play in person would be delightful.”

Miller’s play is a daunting work to cover given that it not only won the Pulitzer Prize for drama in 1949, but also the Tony Award for Best Play that same year.

Despite the large shoes to fill, ArtsWest’s production stays true to Miller’s intentions and follows his exact script and stage directions.

Set predominantly in the Loman house, the play uses several open spaces on different levels to signify different rooms in the house. This allows multiple characters to act independently without directly interacting. For instance, the audience is introduced to Happy and Biff as they sleep in their bedroom and overhear Willy talking to himself in the other room.

The play uses flashback scenes to reveal the Loman family at the height of their happiness and success when the two sons were in high school and Biff was a star football player. The two sons change to their high school counterparts by changing their costumes. Small changes such as putting on a letterman jacket indicate flashbacks to high school. The lighting is also used to differentiate between flashbacks and the present.

The Loman brothers have the most interesting dynamic in the play. The flashbacks reveal just how much they have changed since high school. Highlands’ performance was heartfelt and full of emotion, especially in scenes in which Biff has to get almost physical with Willy and scenes in which he breaks down crying.

Johnson’s performance was also moving. He embodies the cocky and confident Happy in the present, but the overshadowed brother in flashbacks. Happy feels that he had to compete with Biff for his father’s attention and approval and thus there is a palpable tension between the brothers.

Many scenes feature Willy alone onstage talking to himself about the past, thus Pichette’s portrayal plays up Willy’s growing instability. Beginning to lose his hold on what is reality and what is the past, he is haunted by the memory of his highly successful older brother, Ben (Allan Armstrong) and has moments of forgetfulness.

The props are simple and minimal, with only a kitchen table, several chairs and Willy’s suitcases onstage. Each prop serves several purposes. The kitchen table becomes a dinner table at a restaurant scene and a desk in the office of Willy’s boss.

One of the more iconic props are Willy’s suitcases, which he carries while traveling and in flashbacks. However, they also symbolize his grave at the end of the play. One of the most moving scenes onstage involves Willy’s wife Linda Loman (Eleanor Moseley) mourning Willy’s death over his suitcases.

The play itself has a relevant message that gives scathing commentary on the unattainability of the American Dream while criticizing capitalism as all of Willy’s standards of success involve acquiring money.

“[The play] still has an applicable message as Willy tried to force his dreams on his kids and parents still do that today,” said sophomore English major Taylor Johnson.

Happy reflects on how Willy was the embodiment of the American Dream at Willy’s funeral in one of the most poignant lines in the play, saying, “He had a good dream. It’s the only dream you can have: to come out the number-one man. He fought for it out there, and this is where I am going to win it for him.”

“Death of a Salesman” will be playing at ArtsWest Playhouse and Gallery in West Seattle until May 29. Tickets are discounted for students and can be bought online or at the box office.