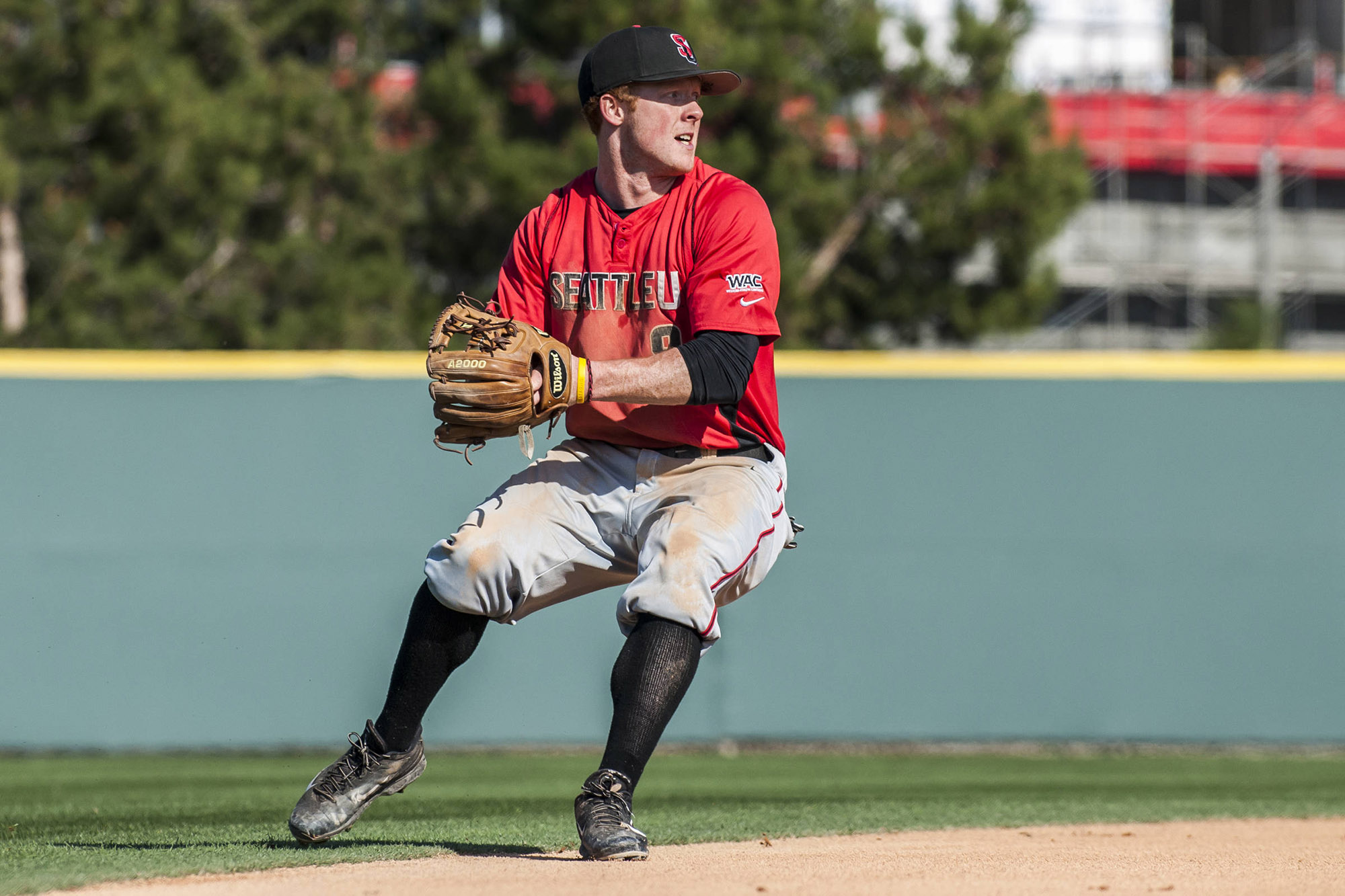 After dropping the first game of the series, the Redhawks won the next two for their fifth series win in a row.

Senior Ted Hammond (6-2) got the call to mound for the first game, but would only make it through four innings, surrendering seven earned runs on nine hits. After a good start to the season, Hammond has given up 15 runs in the last 14.2 innings and will need to return back to his early season form for the Redhawks to stand a chance in the WAC Tournament.

The Wolverines put up six runs on Hammond in the third inning making it a 7-1 game, but the Redhawks rallied late to make it a game. Going into the seventh inning down 9-3, they tallied three hits to drive in two runs, and then Senior Sheldon Stober blasted a three run home run to right field to cut the deficit to one. They put a runner on base in the ninth, but couldn’t drive him home, losing 9-8.

They would bounce back from the tough loss the next day for a 5-3 win. After putting up a four spot in the first inning the Redhawks never looked back, riding strong pitching the rest of the way for the win. Sophomore Nick Meservey (5-1) was dominant striking out eight and walking two and didn’t allow any runs to earn the win. He hasn’t given up a run in 13 innings.

Sophomore Sean Sutton and Junior Lucas Denney each drove in two runs as a part of the four run first inning. Freshman Zach Wolf picked up his fifth save of the season.

In the rubber match, Seattle U rode strong pitching and defense to a 1-0 victory.

The pitching held Utah Valley to just two hits on the game. Sophomore Jason Junk (3-3) picked up the win while striking out five. Zach Wolf (6 SV) picked up his second save of the weekend and has settled into the closer role for the team. After a disastrous five run outing in March, he hasn’t given up a run in over a month.

The lone run of the game came on an RBI single by Sutton.

The Redhawks proved this weekend that they can get it done with either their bats or their pitching, but they will need strong performances in all phases of the game if they want to have a deep postseason run.