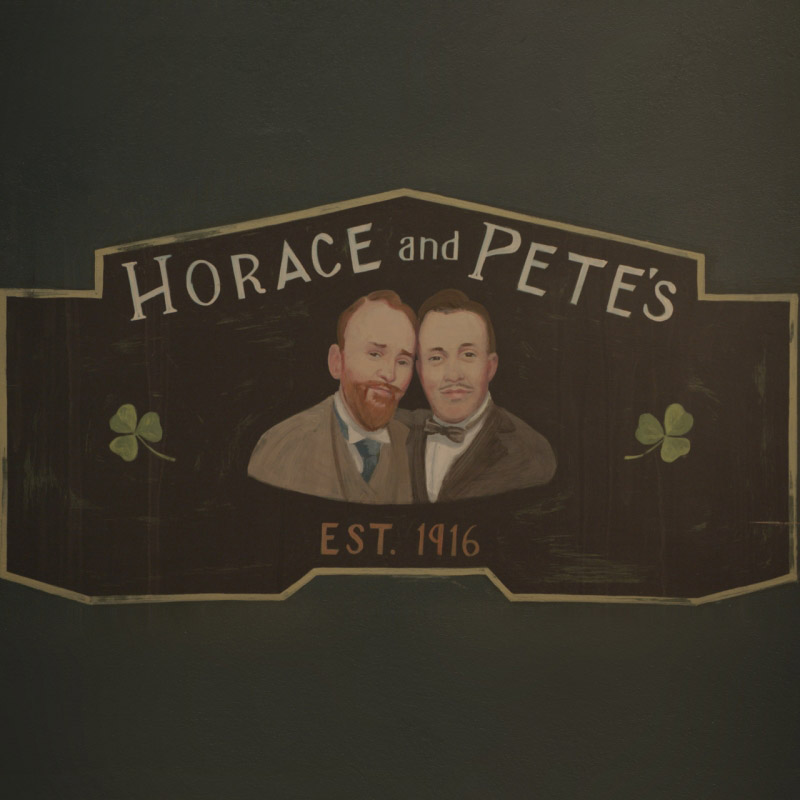 In today’s world of television, most shows follow similar formats, designed to attract audience members in the known form. But the best programs ditch the tropes and trends to create something wholly unique.
Comedian Louis C.K. brings a creative style to audiences. After over 20 years of performing stand up comedy, C.K. decided to wet his feet in television and he garnered critical acclaim for his FX series “Louie” which has run for five seasons. After season five, however, C.K. said that he wasn’t sure if there was going to be another and many wondered what his next project would be.

Then, without any warning, C.K. made “Episode 1” of a show called “Horace and Pete” available on his website. The web series is created, produced, written and directed by C.K.

C.K. also stars in the series as the titular character Horace.

The show stars Steve Buscemi, Alan Alda and Edie Falco. That is a strong cast that delivers an exceptional performance. Buscemi plays Pete, Horace’s brother and co-owner of the bar. Alda plays their racist, stuck in his times, Uncle Pete. Falco plays their sister, Sylvia, who is in the process of trying to sell the bar.

The premise is pretty simple; Horace and Pete’s is a bar in Brooklyn that has been around for over 100 years and has always been run by a Horace and a Pete. C.K. is Horace VII. Uncle Pete tends bar, talking with the usual customers who come in to drink and express their views on current events. Horace and Pete both live upstairs, in their childhood home. They only serve Budweiser for beer, and they don’t mix drinks. This is a bar steeped in tradition.

Tradition is a common theme throughout the series. With Horace VI passing away before the series starts, Sylvia, Horace and Pete inherit the bar. Sylvia wants to sell the bar in which she grew up, citing bad memories, which are later visualized in a flashback. Horace and Pete won’t even consider it, for reasons that are not fully clear.

“Horace and Pete” is anything but normal, in both the content and presentation. From the first episode, it takes the viewer some time to understand what they are watching.

“I’ve always known Louis C.K. as a writer/comedian of comedy so it was interesting to watch him take on this new genre,” said Joe Manuel, a junior business major. “It had a lot of very serious moments, and with his style of writing I honestly never knew if he was trying to make me laugh during all the odd scenarios. I was emotionally confused 50 percent of the time watching it.”

The series allows C.K. to shine as a writer and a storyteller. Since the show is set primarily in the bar, and is shot on multiple cameras, like a sitcom, the dialogue gets to take center stage. Instead of most lines being a setup for some joke, all of the dialogue has meaning and plays an important role in each character’s development.

C.K. is able to use less than 10 hours to flesh out the family. For example, Episode 3 shows one 45 minute conversation between Horace and his ex-wife Sarah (played brilliantly by Laurie Metcalf). It starts out with a 10 minute monologue from Sarah with the camera in one position focused on her face.
“I thought it was weird,” said Rachel DeBiase, a junior nursing major. “I only watched about half of the first episode but I didn’t find it funny, which is what I assume is coming from a comedian. It seemed kind of bland.”

These are the types of things that make “Horace and Pete” so unique. Camera shots or dialogue that other shows wouldn’t dare to try. Along with the show C.K. found a unique way to roll out the episodes.
Pricing the first two episodes at $5 and $2 respectively, and then $3 the rest of the way. He released them exclusively on his website as he does for his tickets and stand up specials.

C.K. likes to be in charge of his own work from both a creative and business standpoint. With “Horace and Pete,” he has another hit on his hands and has proved that he is capable of handling all of the responsibilities and still put out top notch material.

All 10 episodes are available at louisck.net.