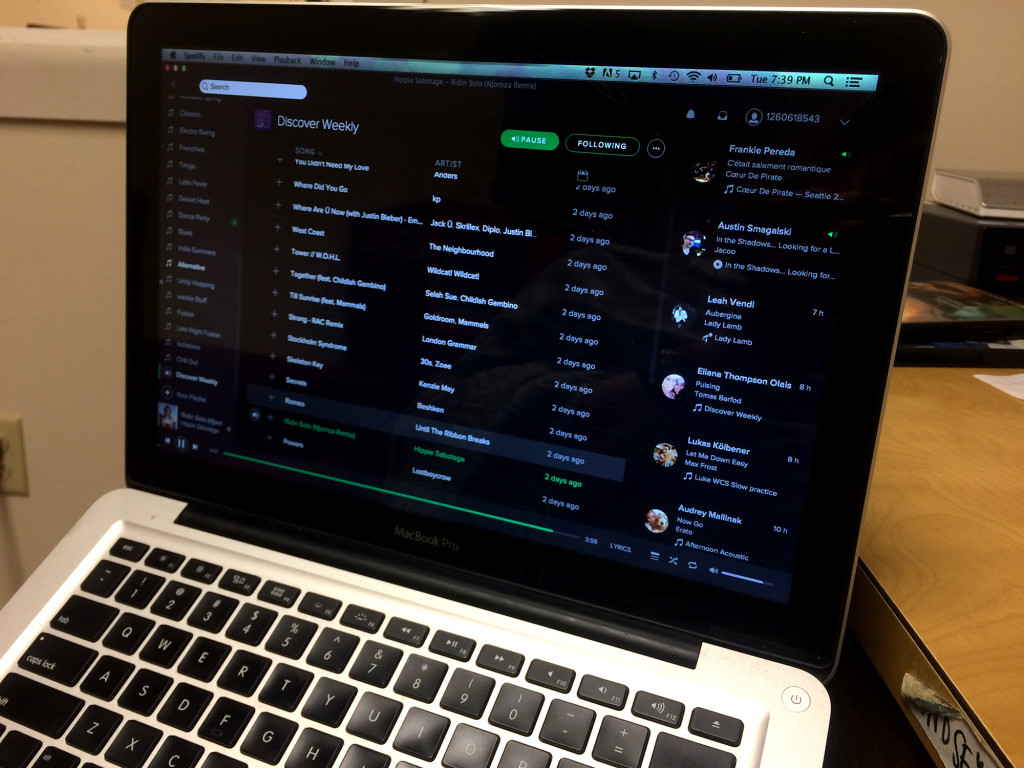 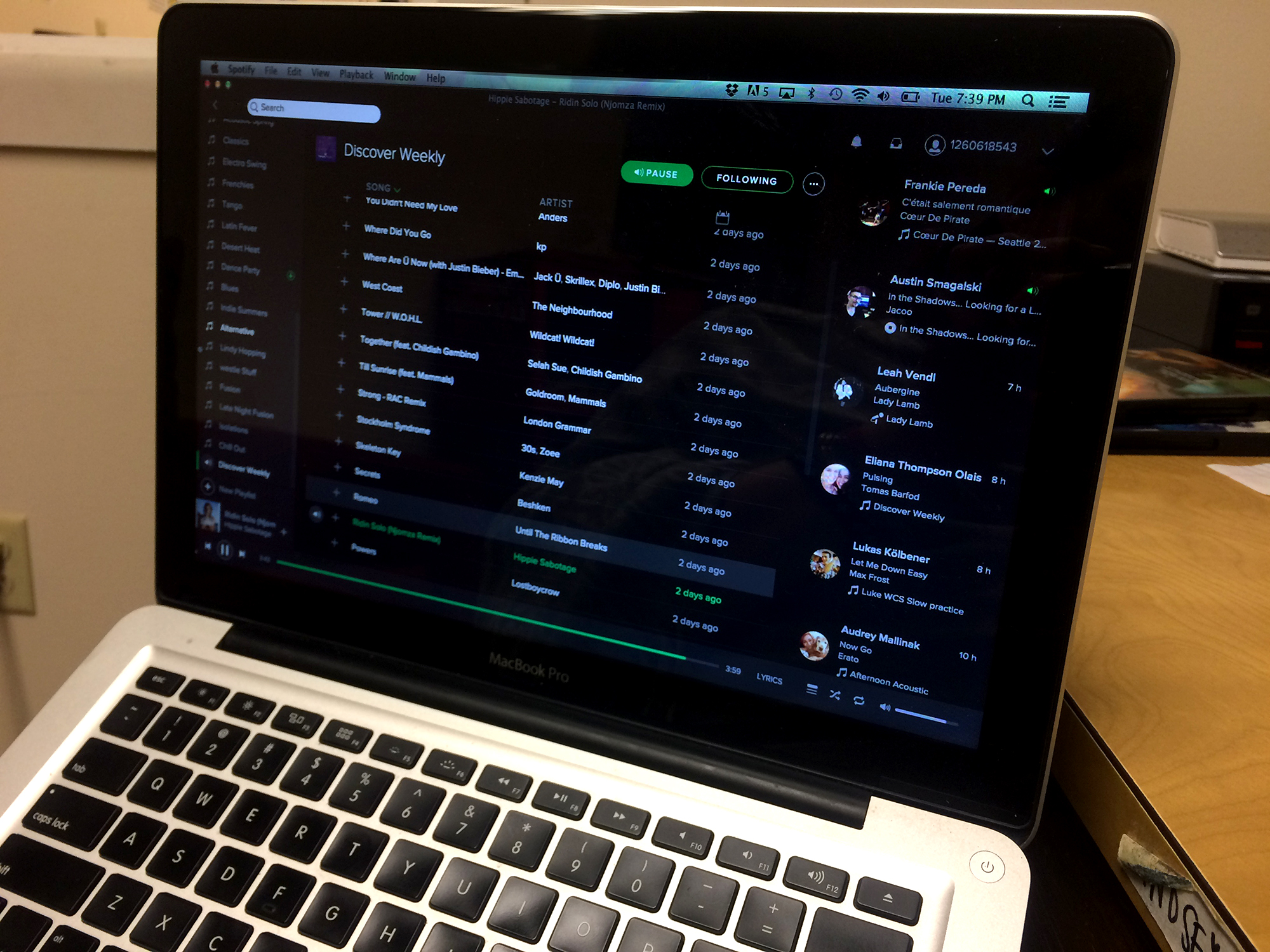 Spotify had more than 75 million active users in 2015.

The statement released by ITS and Clint Dicus, the Seattle U Network Team Lead, declared that the Seattle U firewall blocked spotify.com because of concerns of security risks related to peer-to-peer streaming, and because Spotify uses the Seattle U internet bandwidth for the benefit of a private company not affiliated with the university.

ITS emailed the statement to people who inquired why the popular music service was unavailable and as the news spread, students voiced their frustrations to ITS and over social media.

One of those students is Connor Bridgeman, a junior marketing major at Seattle U and an employee at the Media Production Center.

“I hadn’t used Spotify that day or the day before to notice it, but when I saw it I thought, ‘okay that doesn’t seem right, that seems like a really brash decision,’” Bridgeman said.

Bridgeman pays monthly for a premium Spotify membership, so the ban meant he might not be able to access a service that he had already purchased.

Sophomore business economics major, Donnie Rhoads also subscribes to the Spotify services and was frustrated when he learned that he could not access his Spotify account.

“All my friends use Spotify, we collaborate on Spotify, create playlists for each other, and I don’t want to switch to a site like Pandora,” Rhoads said.

One of the main fears ITS has with Spotify is the issue of peer-to-peer streaming. Peer-to-peer streaming in the context of using Spotify is when music files are streamed and downloaded onto the listener’s computer and—to help Spotify’s network bandwidth—the listener’s computer then uploads the music for other users’ use. This means that the user would be using their bandwidth as opposed to Spotify’s bandwidth to create a web of music, which could pose a security risk to the Seattle
U network.

“We’re gradually phasing out the use of our desktop P2P technology which has helped our users enjoy their music both speedily and seamlessly,” said Alison Bonny, Head of Communications at Spotify.
The site was also blocked because it is inconsistent with acceptable use according to the university’s copyright policy. According to the update released by ITS, these inconsistent behaviors include making or using illegal copies of copyrighted materials and storing or transmitting such copies over university networks.

Although the site was banned for security risks, some students think that the block may lead to more problems than solutions.

Bridgeman disagrees with the statement that Spotify is a network security risk and instead argued that Spotify actually prevents security risks and the unavailability of the service may lead to more unsafe viruses over the network. Bridgeman talked about the dangers of VPN’s, which allow users to move around blocks on a network so that banned sites can be accessed.

“Downloading that stuff is even more of a chance to get viruses and vandalize the network,” he said. He fears that ITS rushed too quickly into the ban.

Spotify has millions of listeners. A large chunk of those listeners are college students, many of whom attend Seattle U. Although the future of music listening looked dismal for those listeners on campus, ITS is moving forward to investigate the situation further.

On the evening of March 31, ITS made the site spotify.com available again, but only the site was unbanned, not the player. Users notified ITS that they had no music streaming and the problem was corrected on April 4. Clint Dicus and ITS management did not explain why by the time the Spectator went to press, but ITS management plans to send a communication to all campus users regarding the details of the Spotify issue.

“I would either like to hear an explanation from ITS, a public explanation that everybody could read because I know a lot of people who use Spotify, or I want Spotify to be white listed,” Rhoads said.
As music-lovers came to terms with the temporary ban, the Seattle U campus will keep their ears open to ITS in anticipation of the upcoming statement that will explain the fate of the popular music service at Seattle U.