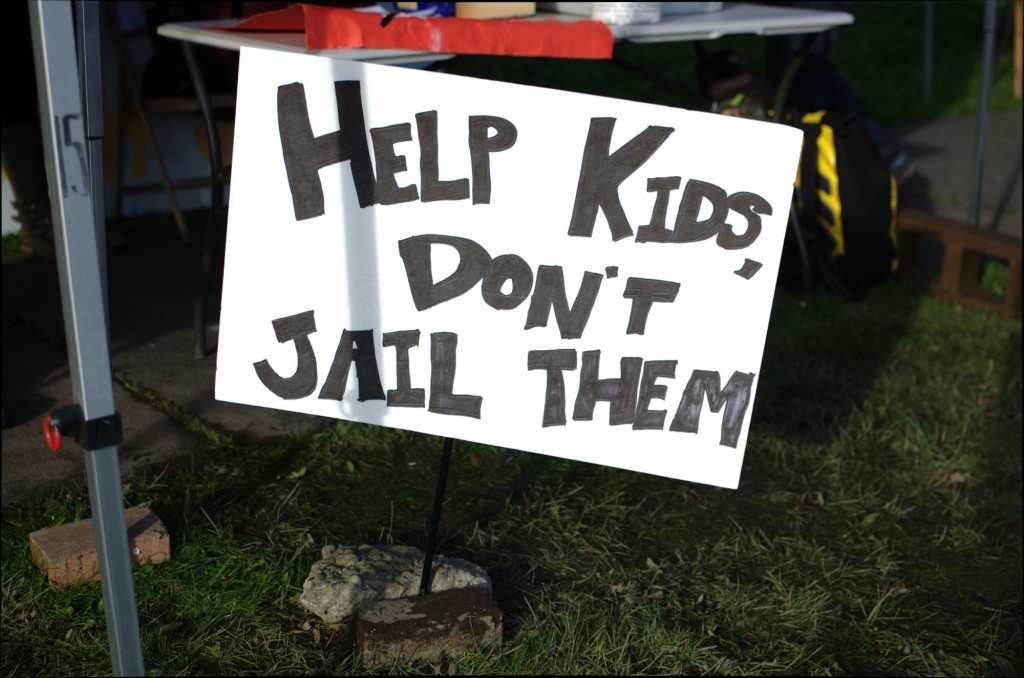 The Youth Detention Center off of 12th ave was the sight of a protest, on Sunday the 6th, to keep children out of jail. 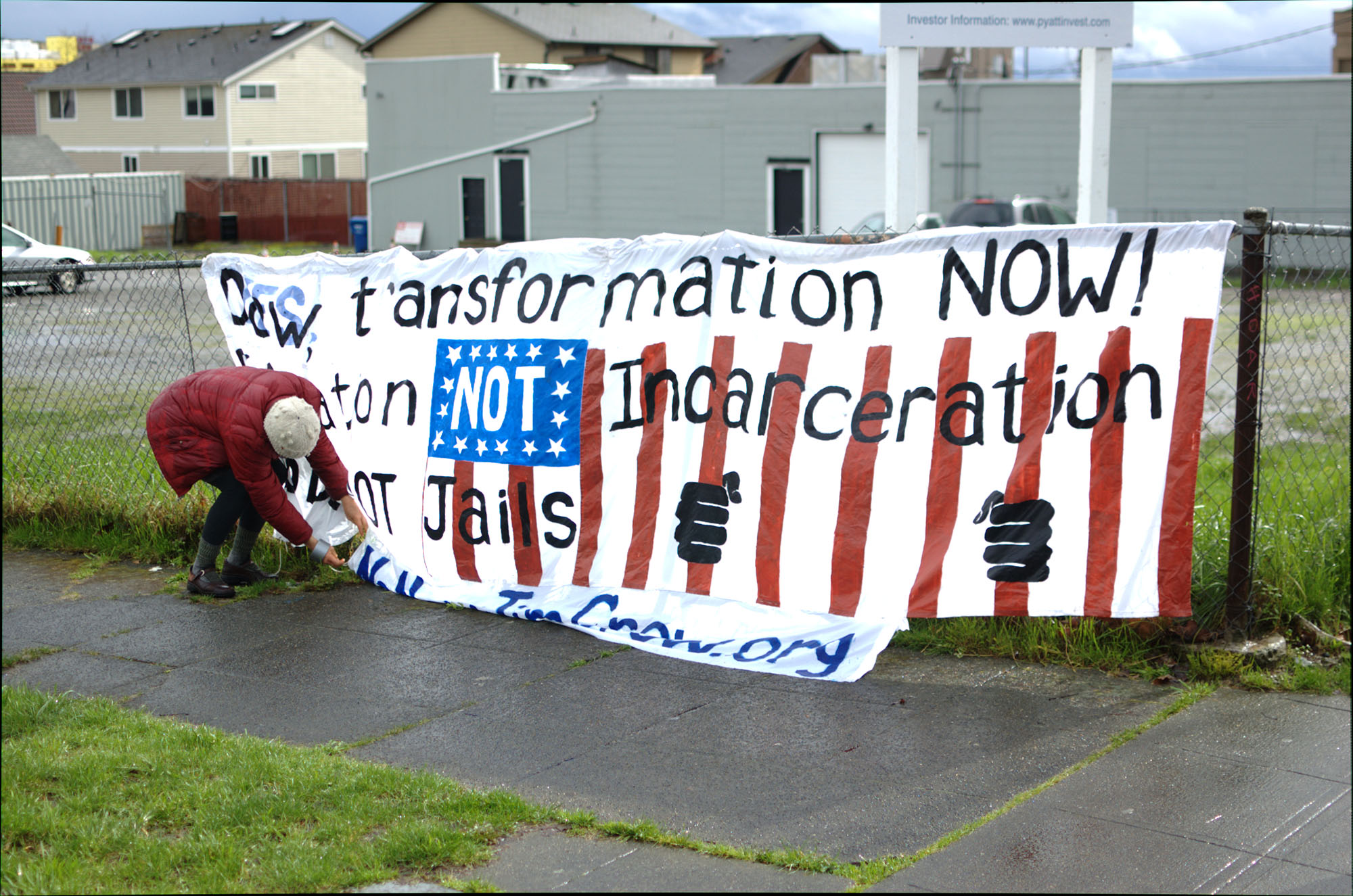 The Youth Detention Center off of 12th ave was the sight of a protest, on Sunday the 6th, to keep children out of jail.

Roughly 200 activists representing more than 50 organizations gathered on Sunday under heavy rain to protest the city’s plan to tear down and replace the King County Youth Detention Center. The project is called the Children and Family Justice Center. If built, it will cost the city $210 million.

A handful of Seattle University students attended the rally to support the protest. They pitched a small tent and on the front hung a sign that read “Seattle U supports the new youth jail. Seattle U students do not.”

Seattle U students Robert Gavino, Sarah Penalosa and Edwin Liam—members of Anakbayan, a coalition working towards the liberation of people in the Philippines and Filipino-American immigrants in the United States—also came to show their support. They believe the forces that oppress people in the Philippines are the same systems that oppress brown and black people and put their youth in jail in the U.S.

“We’re educating students about what’s happening literally two blocks across the street from our campus,” Gavino said. “It’s important that as SU students we say that we don’t support putting more resources into the prison industrial complex by supporting this youth detention center.”

Protester Shannon Sovereign from the Seattle chapter of Save The Kids heavily opposes construction of the new building. Sovereign was once incarcerated when she was 12-years-old. With those memories at the back of her mind, she has been working with STK to end youth incarceration. She believes the money used to build the new center could be spent in ways that eliminate the need for youth to be incarcerated in the first place.

“The $210 million that we’re spending to build nicer cages to keep them in—that money needs to be on the table for the community,” Sovereign said. “That is money that we’re giving to this big corporation. That is tax payer’s money that’s leaving our community.”

Protesters believe the name of the project is deliberately misleading and intended to make the surrounding area more appealing so that voters were more likely to support it. They believe the city used it as a sneaky loophole to bypass Resolution 31614, also known as Resolution Zero Use of Detention for Juveniles, which the Seattle City Council unanimously voted to pass last September. The purpose of the bill is self-evident.

“I have a lot of faith in restorative justice,” Sovereign said. “We could eliminate the need to have a youth detention center.”

Many people support the project. Riva Zeff, currently the field director and clinical professor of Social Work at Seattle University, is one of them. Until recently, Zeff was a juvenile probation counselor at the current detention center for 24 years. According to her, the building is riddled with structural issues like mold, flooding and bad air and
water quality.

“The building now is really a sick building,” Zeff said. “It’s just not a healthy place for staff or for the kids.”

Zeff worked with a diverse spread of incarcerated youth during her time as a probation counselor. Some of them, she said, are too dangerous to remain in the community. Even those who have committed violent crimes like assault, murder and rape are held in the detention center before adjudication. Zeff emphasized the reality that these kids need to be held in a safe and healthy place while their legal matters are pending. The new center will be smaller and house fewer youth, leaving more room for counseling services and court proceedings while maintaining the same amount of staff.

Many of the kids, she said, liked being in the detention center. It’s safe, they have a place to sleep for a while, they get fed three meals a day, they get to shower, their clothing is washed, and they receive health care.

“It was a respite for them,” Zeff said. “They didn’t have to worry about who was out there chasing them or where they were going to sleep that night.”

Seattle needs the Children and Family Justice Center, Zeff said, not because the kids deserve to be jailed but because they have nowhere else to go. Youth incarceration simultaneously precedes and compounds issues like gentrification, social injustice and the massive racial disparity that can be seen in the prison industrial complex today. The need for youth incarceration is a symptom of wider, systemic flaws caused by weaknesses in the education system and local law enforcement. Even though Zeff and Sovereign disagree on whether the new center should be built, they share a common vision. Seattle city council members will have to decide how that vision will be achieved.