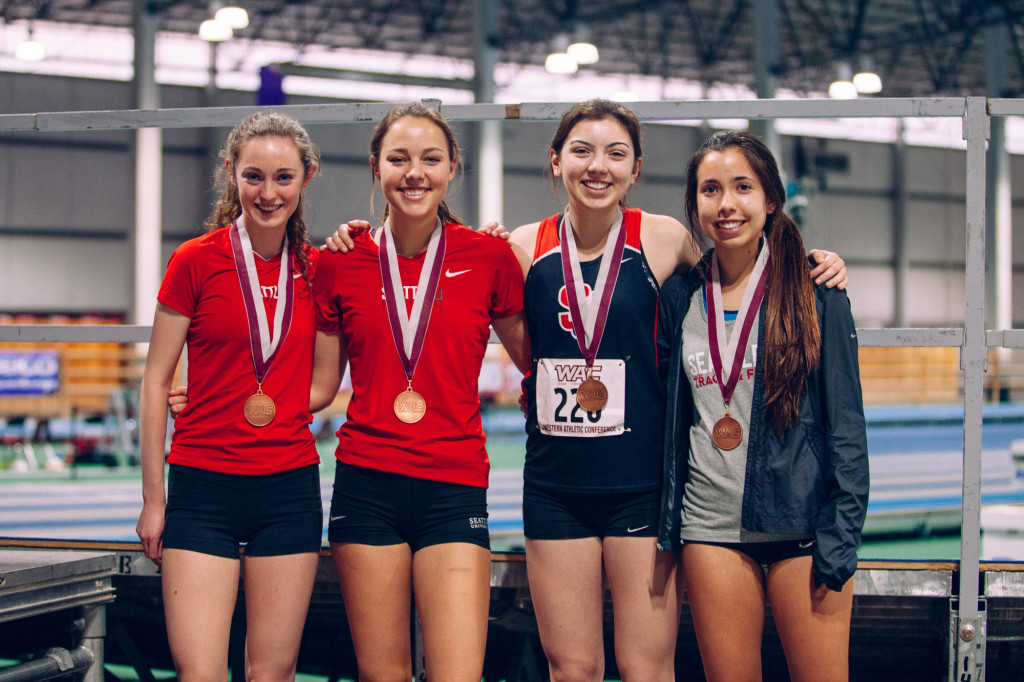 The Seattle University track team is bringing home some hardware. After competing at the WAC Indoor Championships last week, the team was able to medal nine times, including four golds. 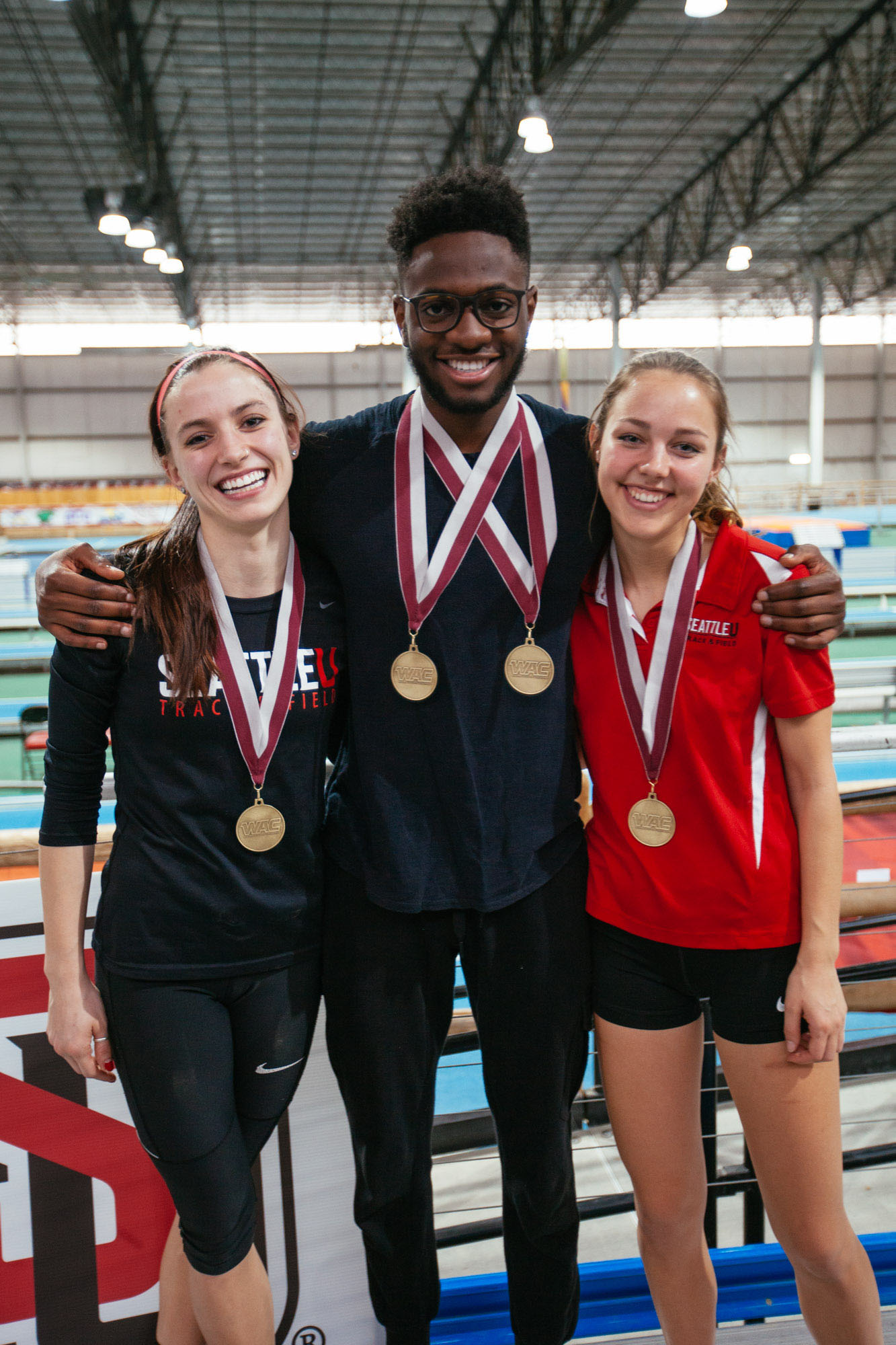 Redshirt junior Mandie Maddux started things off for the Redhawks, winning the pentathlon last Thursday— and breaking three school records and four personal records along the way.
Maddux broke a six-year-old school record in high jump with a height of 1.67 meters and also broke her own school record in shot put with a throw of 11.92 meters.

“Mandie has been focused for awhile now on having a great competition at the conference meet,” said head coach, Trisha Steidl. “Her focus, determination, and discipline showed today. I’m very happy for her to have won.” 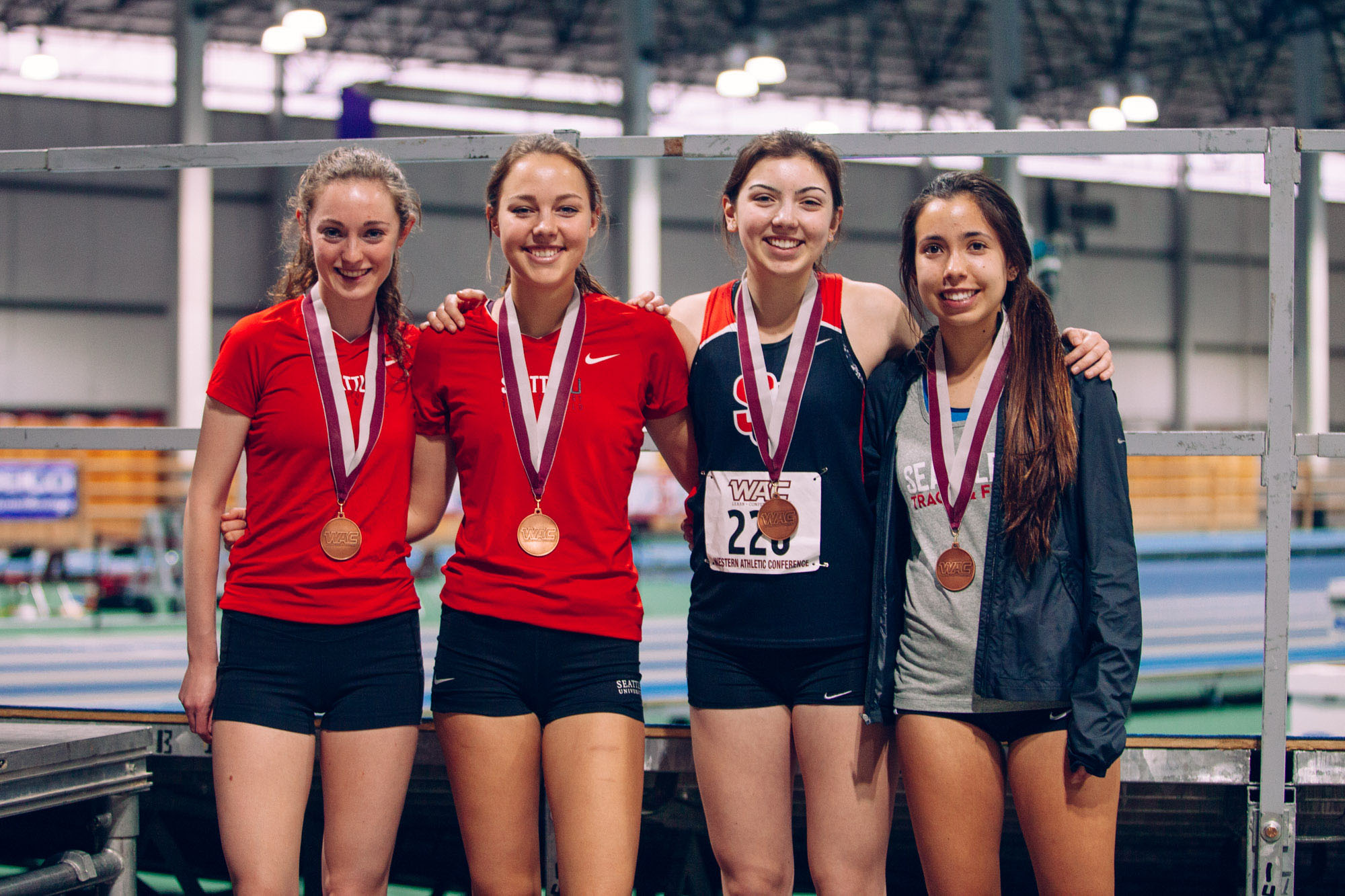 Senior Shaddye Melu joined his teammate in the gold medal department, defending his high jump title on Friday with a height of 2.08 meters. Melu wasn’t done there though, adding to his gold medal collection by taking first place in the 400 meter dash with a time of
48.16 seconds.

“[Melu’s] effort and focus was key to his success,” said assistant coach Chad Pharis. “He set goals at the start of the year, and is following his plan.”

Junior Lila Rice also got in on the gold medal action, taking home the top spot in the women’s one mile run. Rice was also part of the women’s distance medley relay team that took home the bronze medal earlier in the week.

Redshirt sophomore Joe Charbonneau took the silver medal in the men’s 800 meter run—setting a new personal record in the process with a time of 1:54:53—and junior Moira O’Connor Lenth took home the bronze in the women’s 3,000 meter run.

All-in-all, the Redhawks brought home 9 medals, set 20 personal records and watched six school records fall. The team’s hard work and dedication paid off heading into the outdoor season.
“I’m very proud of the effort and execution the team showed this year,” Pharis said. “Everyone pushed each other, and the results show their determination.”