The Redhawks recovered from dropping the first series of the season by sweeping Bowling Green in the weekend series. 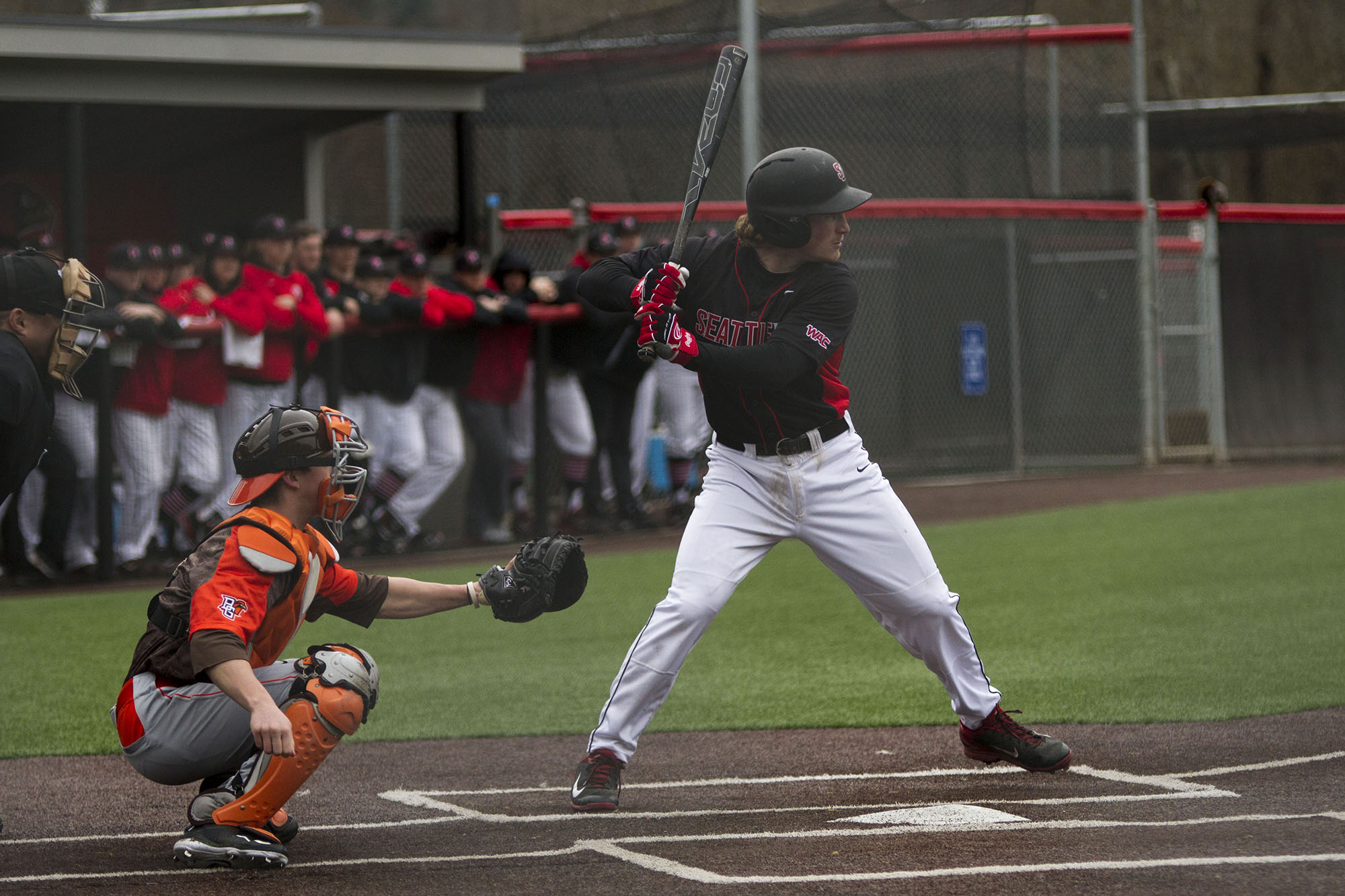 Infielder Sheldon Stober up at bat

Seattle University (5-3) outscored the Bowling Green University Falcons (1-5) 26-3 over the four game home stand to show the WAC that they mean business. Their pitching and hitting combined to lead them to an impressive series victory.

The series included three shutouts from Seattle U’s pitching staff who had a magnificent weekend. Senior pitcher Ted Hammond started the series off by allowing just three hits over seven innings while striking out five and walking two before handing the ball off to redshirt senior Grant Gunning for two perfect innings.

“Hammond is really stepping into his role as a leader on this team,” said Coach Donny Harrel.
Hammond has had his number called to start the last two Friday nights, a big spot as it has opened the last two series.

Sophomore Tarik Skubal followed up his record setting, 13 strikeout performance with another gem in the first game of Saturday’s double-header. He tossed six innings of two hit ball while striking out 10 and walking none to give him 13 scoreless innings to start the season. Skubal will be the player to watch going forward as his first two starts are sure to be an omen of what is to come for him this season.

“Skubal is going to be important for us going forward. He is going to pitch in some big games and he has the stuff to help lead us,” Harrel said.

After multiple rain delays, the Redhawks were able to close out the series on Sunday with a 7-0 win. The game was scoreless until the 6th inning, when they scored the first run of the game. An inning later they broke it open with four runs. Nick Meservey pitched six innings of two hit ball and struck out six to get the win.

They got help from the whole lineup offensively, with nine different players knocking in runs over the weekend series. A key contributor was senior second baseman Sheldon Stober, who had five hits over the first three games, including a home run, before going 0-4 on Sunday.

With the pitching and hitting looking like it did this weekend, Harrel has got to be pleased with his team. It takes a certain patience and maturity to start off the season strong like the Redhawks have.

Next up: Oakland (3-5) visits Seattle for another four-game home series including a doubleheader on Saturday.