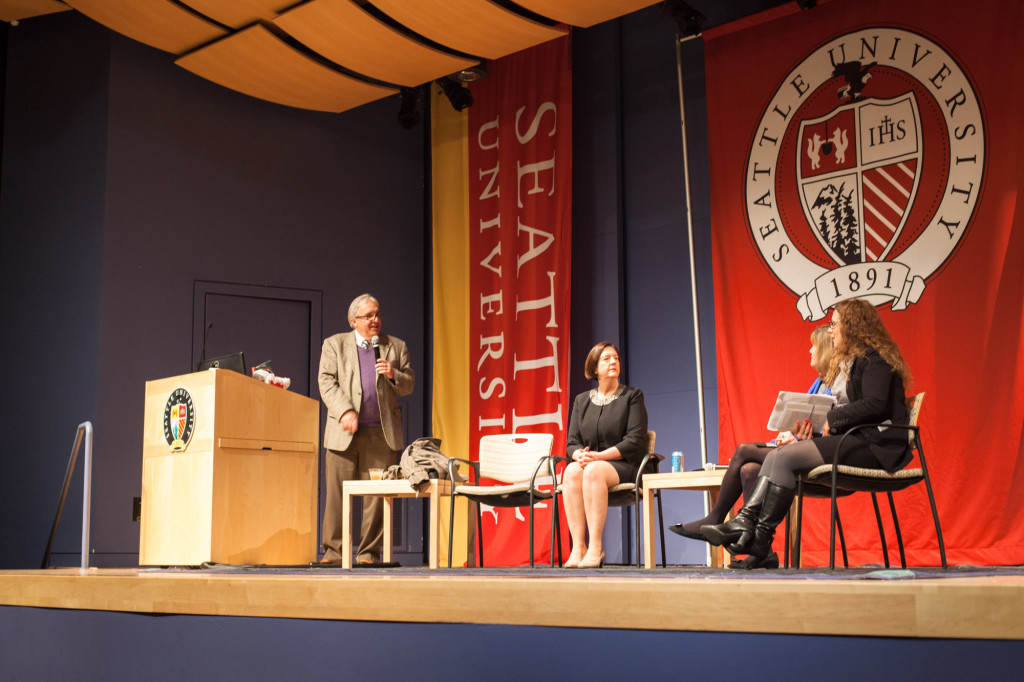 Last Thursday, Feb. 16, Seattle Police Chief Kathleen O’Toole came to Seattle University to speak on numerous issues that affect the city and the progression of her department. 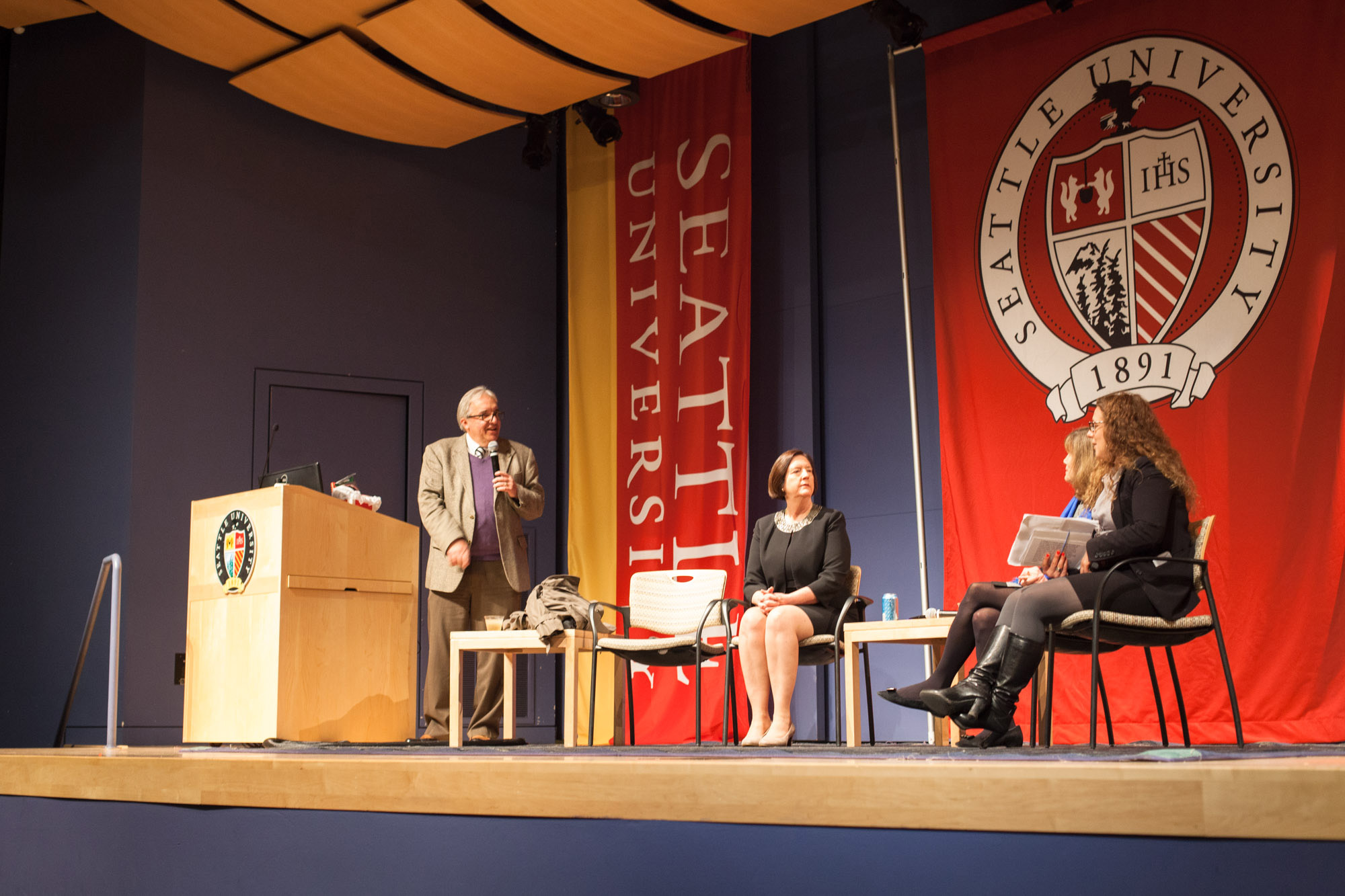 This past Thursday, Feb 11, Seattle Police chief Kathleen OToole was interviewed on campus.

Part of the ‘Conversation with’ series put on by the Institute of Public Service, its director Larry Hubbell, multimedia journalist Joni Balter and chair of the criminal justice department Jacqueline Helfgott sat down with O’Toole and interviewed her in an open forum that caused some passionate audience responses.

“We want everyone to be part of the discussion,” Hubbell said. “I think [events like this] really contribute to the civic dialogue.”

Pigott Auditorium, where the event was held, was packed with Seattle U students and community members alike. The conversation sparked numerous outbursts from the crowd when it took a turn toward more controversial topics that have been highly debated such as police accountability. Among the matters examined was the issue of homelessness in Seattle. Balter inquired how the Seattle Police Department was assuring the public that these homeless encampments were safe.

O’Toole explained that multi-disciplinary avenues were being explored, with better training in social work being implemented and a redeployment of resources being initiated. She emphasized that while crime does happen within this group and she does hear the concerns of the occurrence of petty crimes, SPD is not viewing or treating homeless individuals like criminals.

“The only way we’ll solve problems is if we work with other disciplines and harness our resources and try to get people into better places,” O’Toole said.

However, an impassioned audience member involved with homeless rights advocacy strongly criticized O’Toole’s language of transparency and outreach. In the question-and-answer portion involving the community toward the end of the event, the audience member criticized O’Toole’s intentions, claiming the ‘sweeps’ that force homeless individuals out of their homes and into the cold is a reality that contradicts what O’Toole says her work force is trying to change.

O’Toole then conceded that it is a complex issue and more shelter accommodations are required for the increasing need. She also reiterated that multiple disciplines were being employed, but had no response in terms of the sweeps mentioned. The attendee who raised the issue walked out.

The increased public confidence in SPD was also a matter discussed in length. O’Toole recognized the shaken community trust in police forces throughout the nation. While trust from the African American population appeared to have stayed the same, in Seattle approval has dramatically increased within the LGBTQ community.

O’Toole admits her biggest challenge has been dealing with the shockwaves that have come from police-involved shootings, whether in Ferguson or elsewhere. While she claimed that SPD is more robust than other city police departments in accountability, oversight and use of force, audience members criticized O’Toole for not giving more straightforward answers.

“I think with every crisis comes an opportunity, and I do think that we’re taking it very seriously here,” O’Toole said. “We want to get better. We want to be at the forefront of reform in policing in this country.” 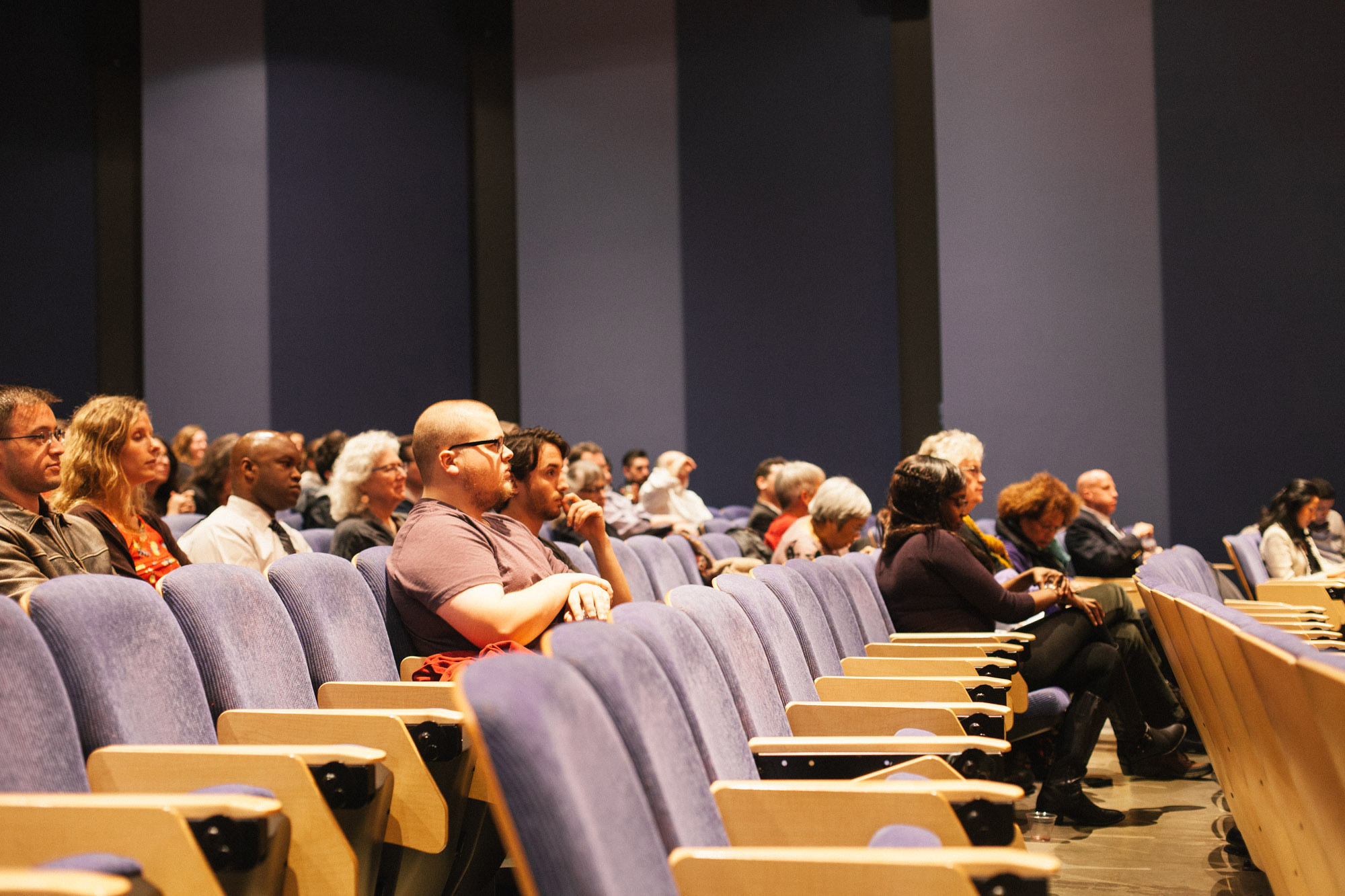 O’Toole is exploring numerous outlets of change. She expressed deep enthusiasm for body cameras, having completed their first pilot program in Seattle. O’Toole wants to be sure to achieve the right balance between transparency and privacy.

“We go where the truth takes us,” O’Toole said.

Another one of O’Toole’s major goals is to produce a police service that closely reflects the demographics of Seattle. Diversifying not just their police force but their perspectives would hopefully help boost public morale as well.

O’Toole addressed a range of issues during the conversation, including restrictive state laws for excessive force among police officer conduct, and reducing the incarceration of juveniles. Her answers left many attendees dissatisfied with her answers. Others felt hopeful.

“All great leadership bodies have flaws and the Seattle Police Department is no different,” community member Elizabeth Masen said. “But I think Chief O’Toole is guiding Seattle into a new age—of female empowerment, safety, protection and equality for all regardless of boundaries or limitations.”