Men’s Hoops Get Back on Track 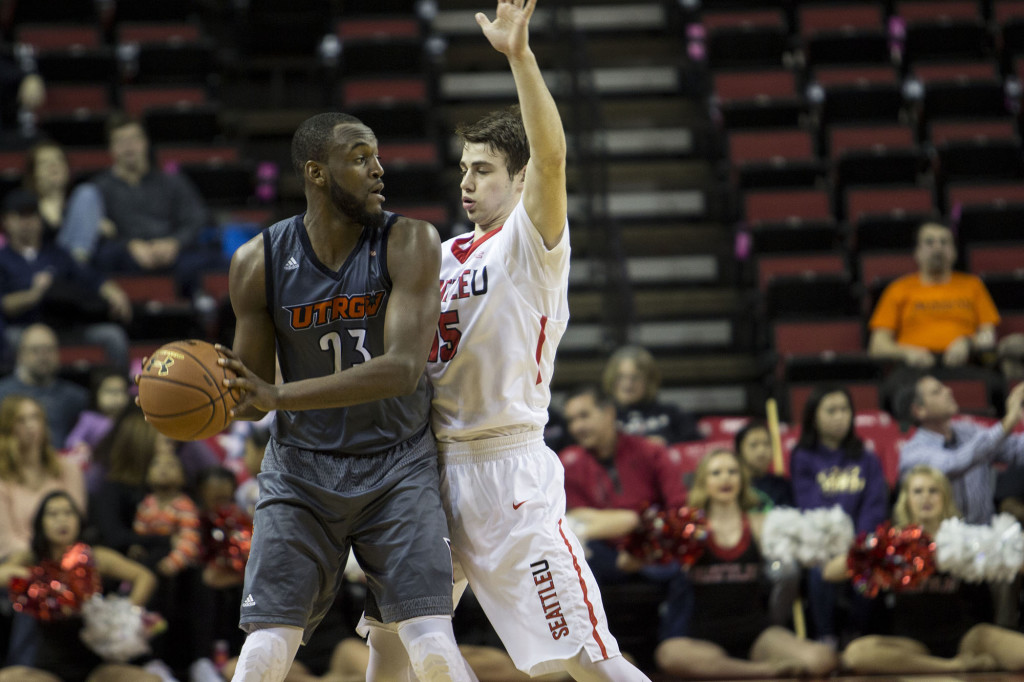 After dropping consecutive games, the Seattle University men’s basketball team got back on track to finish a three game home stand with a 70-59 win over UT Rio Grande Valley. 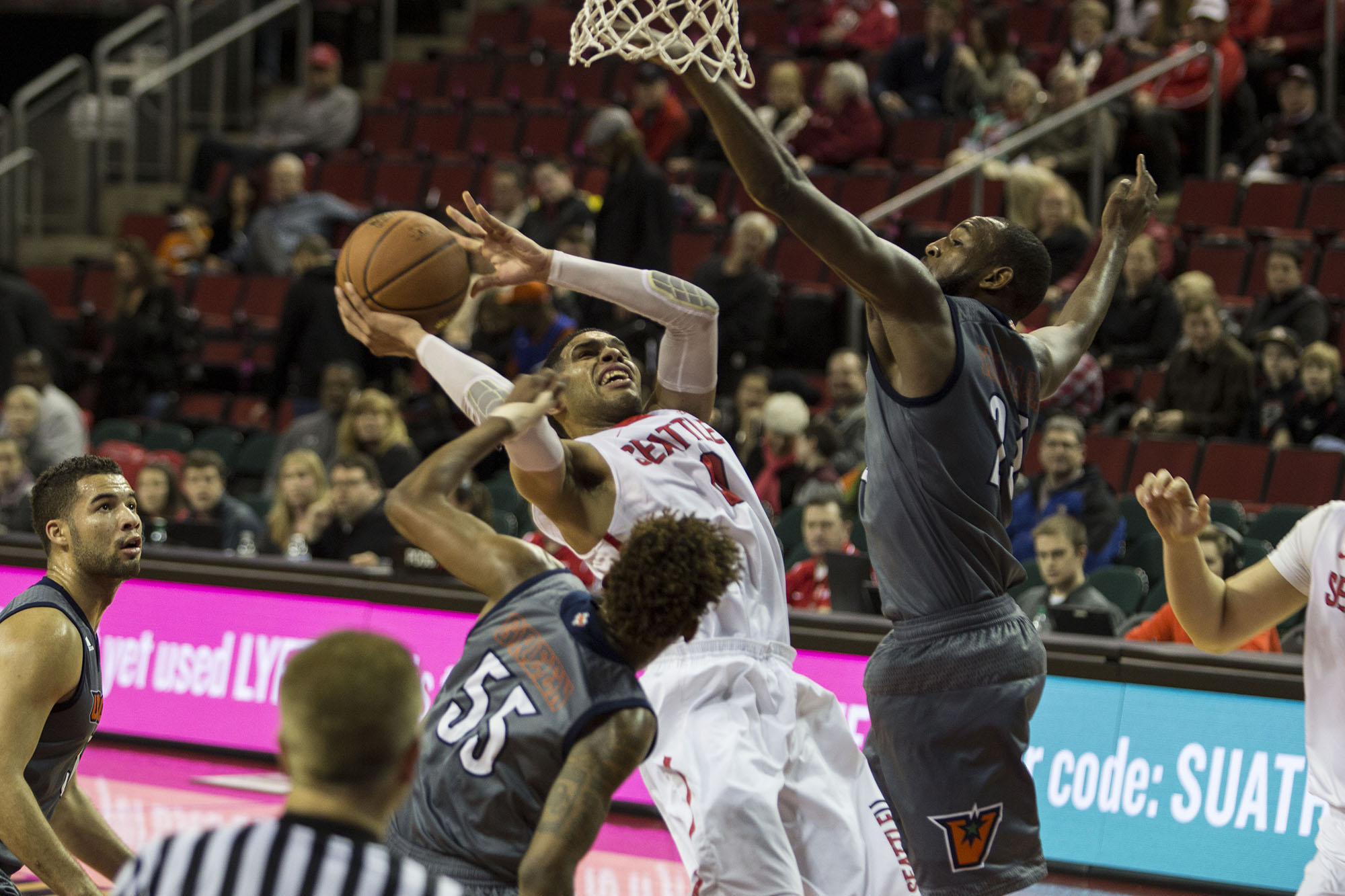 #0 Brendan Westendorf drives to the middle for the contested shot

After going up big early in the game, the Redhawks had to hold on to their lead in the final minutes of the game as the Vaqueros mounted a comeback. It would come up short, but the wild finish led to an exciting moment when forward William Powell threw down a dunk over Christopher Ikuenobe that had KeyArena going wild.

“It happened so fast to be honest… I just jumped and said ‘Oh, I’m kind of high [in the air], let’s see what we can do here,’ and thankfully it worked out for the best for me and not him,” Powell said.

It was a good team effort for the Redhawks, who had five players in double figures and committed just five turnovers, the lowest figure in coach Cameron Dollar’s seven-year tenure.

“It’s good to see them let loose a little bit and have some fun playing,” said coach Dollar.

Another difference maker in the game was senior center Jack Crook who stuffed the stat sheet with a team-high 16 points, five assists and four rebounds to go along with a block and a steal.

In a rematch of last year’s WAC Championship game, the Redhawks couldn’t quite hang with the reigning champs. 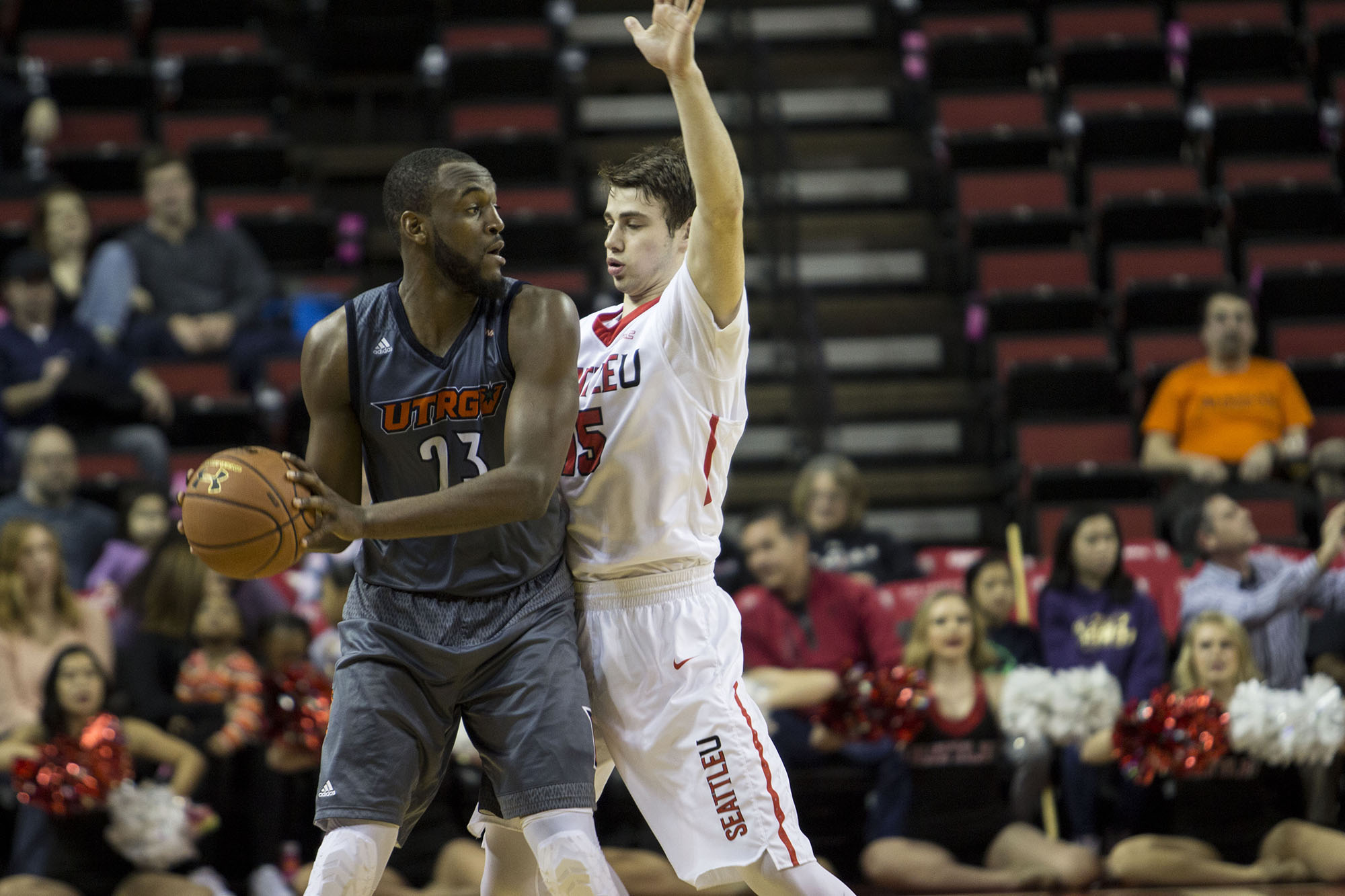 A big factor that contributed to the loss was the lack of height. The Aggies ran out forwards Johnathon Wilkins (6’10”, 225 lbs) and Pascal Siakam (6’9”, 230 lbs) who combined for 15 rebounds. Seattle U had 15 rebounds total.

“We hope to be able to counter that on the other side and have our size be something they have to deal with as well,” Dollar said.

Unfortunately, with Crook (6’11”) in foul trouble most of the game and redshirt freshman center Aaron Menzies (7’3”) not ready for big minutes, Dollar was forced to use a smaller lineup.

Despite going into halftime down only four points, the Aggies opened up the half with a 13-2 run that would prove to be too much for the Redhawks to overcome.

A key to their first half success had to do with shutting down Siakam, who is a top player in the conference. They held him to 1-of-5 shooting at the half, but could not contain him in the second half as he hit 7-of-9 shots.

Their win on Saturday pushed the Redhawks’ record to 8-11 overall and 2-3 in the WAC.

Player to watch: Emmanuel Chibuogwu. The redshirt junior guard has stepped up his minutes after Malik Montoya was lost for the year with an ACL tear. After averaging just four points per game on the season he has hit 13 of his last 18 shots and combined for 30 points in his last three.