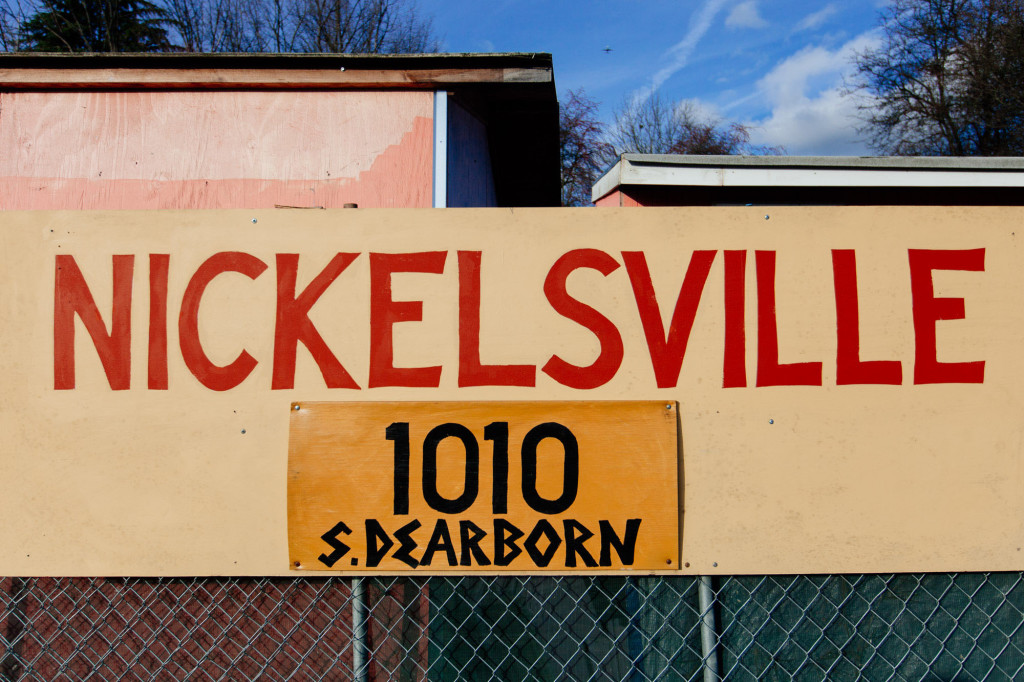 While Seattle has much to offer its residents, affordable housing is not part of the package. Last year’s One Night Count found that over 10,000 women, men and children in King County were sleeping in transitional housing, in shelters or on the street and new housing accomodations will be made this month. 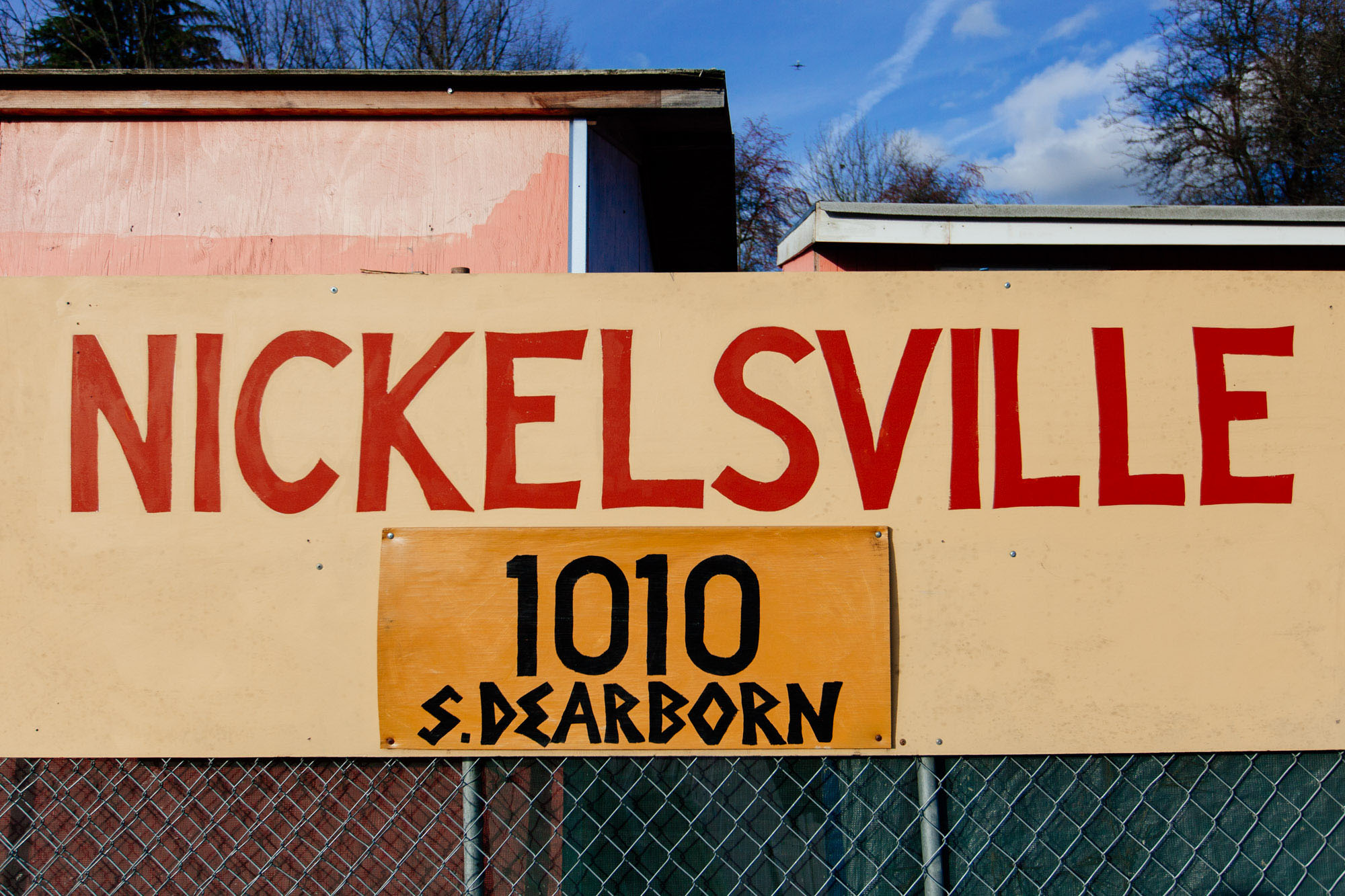 Nickelsville is a tiny house village, built and donated by local organizations.

On Dec. 2, the Student Government of Seattle University discussed the state of emergency with the mayor, Real Change employees, photographers and guests who spend time at shelters. They agreed that the first step is to raise awareness. Step two is to talk about affordable housing, because there is so little of it.

This past week, a small, 14 house village for people experiencing homelessness opened up in the Central District. The tiny homes are both insulated and include lighting, with a bathroom nearby. This village will join the handful of other tent cities in Seattle. One of the more well known encampments is called Nickelsville, named after former Seattle Mayor Greg Nickels. Despite such encampments, intended to be transition spaces for those trying to leave homelessness, many Seattleites are still having trouble obtaining more permanent housing.

“There are 32,494 school-aged children in Washington experiencing homelessness. People won’t take action on something they don’t know about,” said Catherine Hinrichsen, project manager for the Seattle University Project on Family Homelessness.

For those that are living in their vehicles, two safe parking lots will open in a month, one in Ballard, and another in Delridge. Together they will accommodate 50 vehicles where individuals and families can park their RV’s and cars. There will be three temporary zones while these lots are being established.

“These are not long-term solutions to end homelessness, but temporary locations that can be managed to provide a safer environment for those living on our streets and have less impact on our neighborhoods,” Murray said in a statement. The City of Seattle plans to invest $50 million in services and shelter for the homeless.

“Many people that do not have a place to live see their car as their biggest asset,” said Lisa Gustaveson, program manager of the Faith & Family Homelessness Project at Seattle U. “They can sleep in their car, get to their appointments, but without it, getting out of homelessness is near impossible.”

Gustaveson also added that the best way to help people experiencing homelessness is finding the underlying cause of it and fixing the root of the problem. She and many other homelessness advocates believe that the high cost of housing is what keeps so many families and individuals sleeping on the streets and in their cars. 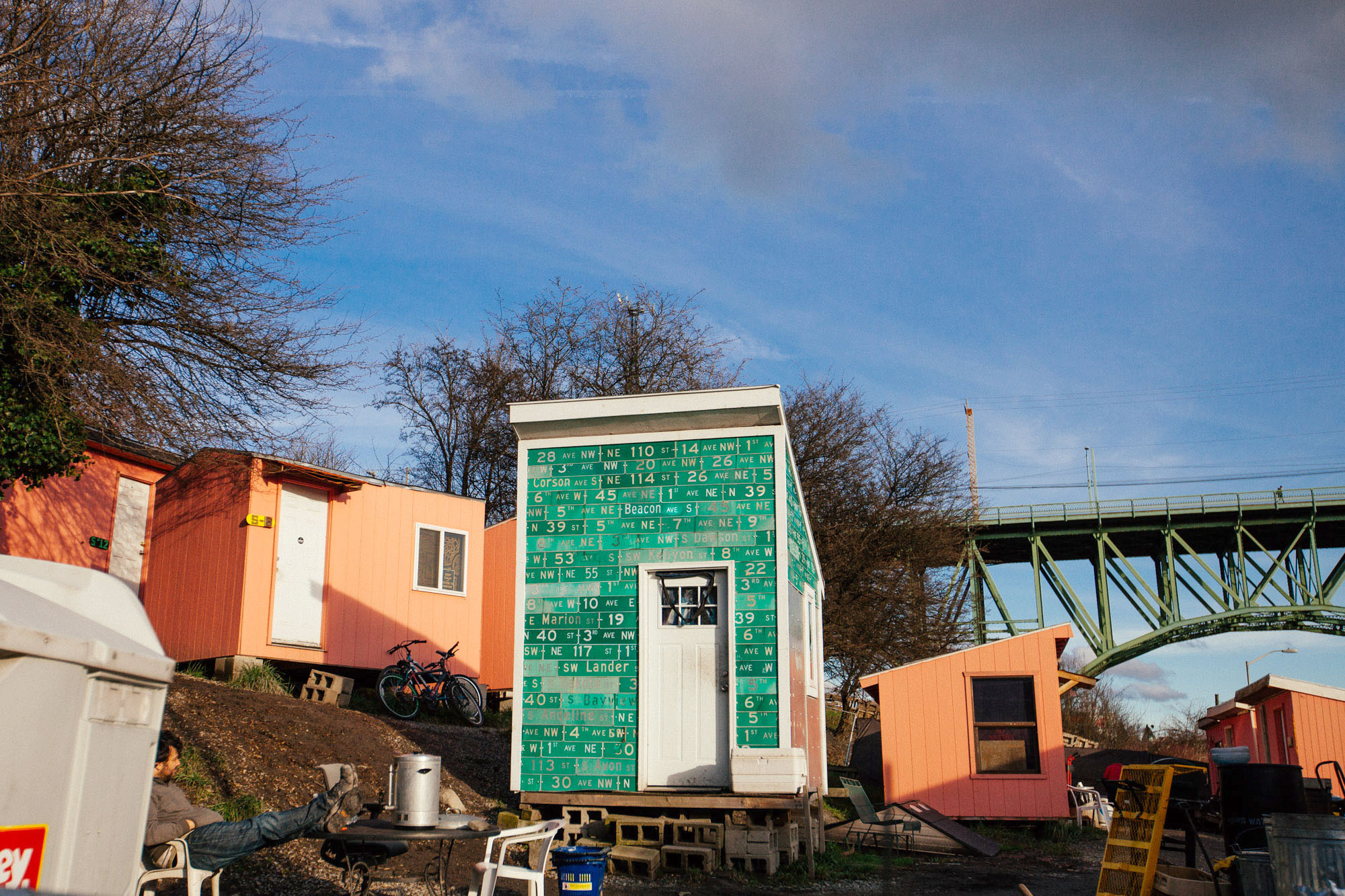 One structure is covered in old street signs from around the city.

“We know that the lack of affordable housing is linked to an increase in the number of people experiencing homelessness,” said Lindsey Habenicht, student project assistant of the Seattle U Project on Family Homelessness.

When the Housing Choice Voucher (HUD Section 8) program was created and brought to Washington, homelessness advocates and the homeless themselves thought this was the breakthrough they were waiting for. This is a program that provides rental assistance to low-income households for safe and quality housing at privately owned or Housing Works properties. The vouchers account for a portion of the rent every month. There is a lottery system for the vouchers, making it difficult to receive one. Additionally, there are stumbling points and apparent blocks beyond just getting approved for the program.

“There is a vicious cycle that affects the homeless,” Gustaveson said. “Many are confined to low wage jobs, if they are even able to find a job, and this keeps even an affordable apartment just out of reach.”

The editor can be reached at
[email protected]