#12 Jadon Cohee pulls up for the fade-away jumpshot

The Redhawks were down early in the first half after the Roadrunners started the game on a 12-2 scoring run. They followed that up with a 19-3 scoring run later in the half to extend their double-digit lead. Seattle U found themselves down 39-17
at halftime.

The deficit proved to be insurmountable after the Roadrunners opened the second half with an 8-0 run and followed that with a 9-0 run later in the half. Overall, Bakersfield never trailed and led by double-digits for the majority of the game.

Seattle U had a difficult time trying to slow down Dedrick Basile. The Roadrunners junior guard had a career day, shooting 10-of-15 from the field and 5-of-10 from the three-point line. His 27 points led all scorers and were a career high. He also chipped in two steals on the defensive end. Overall, the Roadrunners shot 51 percent from the field and were better than 36 percent from the
three-point line.

The Redhawks did not fare as well shooting, hitting only 33 percent from the field. They were led by freshman forward Zach Martin, who came off the bench to score 11 points in 11 minutes. Sophomore Jadon Cohee also chipped in 10 points and three assists. His four rebounds, along with four from senior Jack Crook, led all Seattle U players.

In addition to their shooting woes, the Redhawks were outrebounded by the Roadrunners 38-31 and they were unable to record a blocked shot. The Redhawks turned the ball over 18 times, compared to only 13 from the Roadrunners, and gave up 25 points off those 18 turnovers. 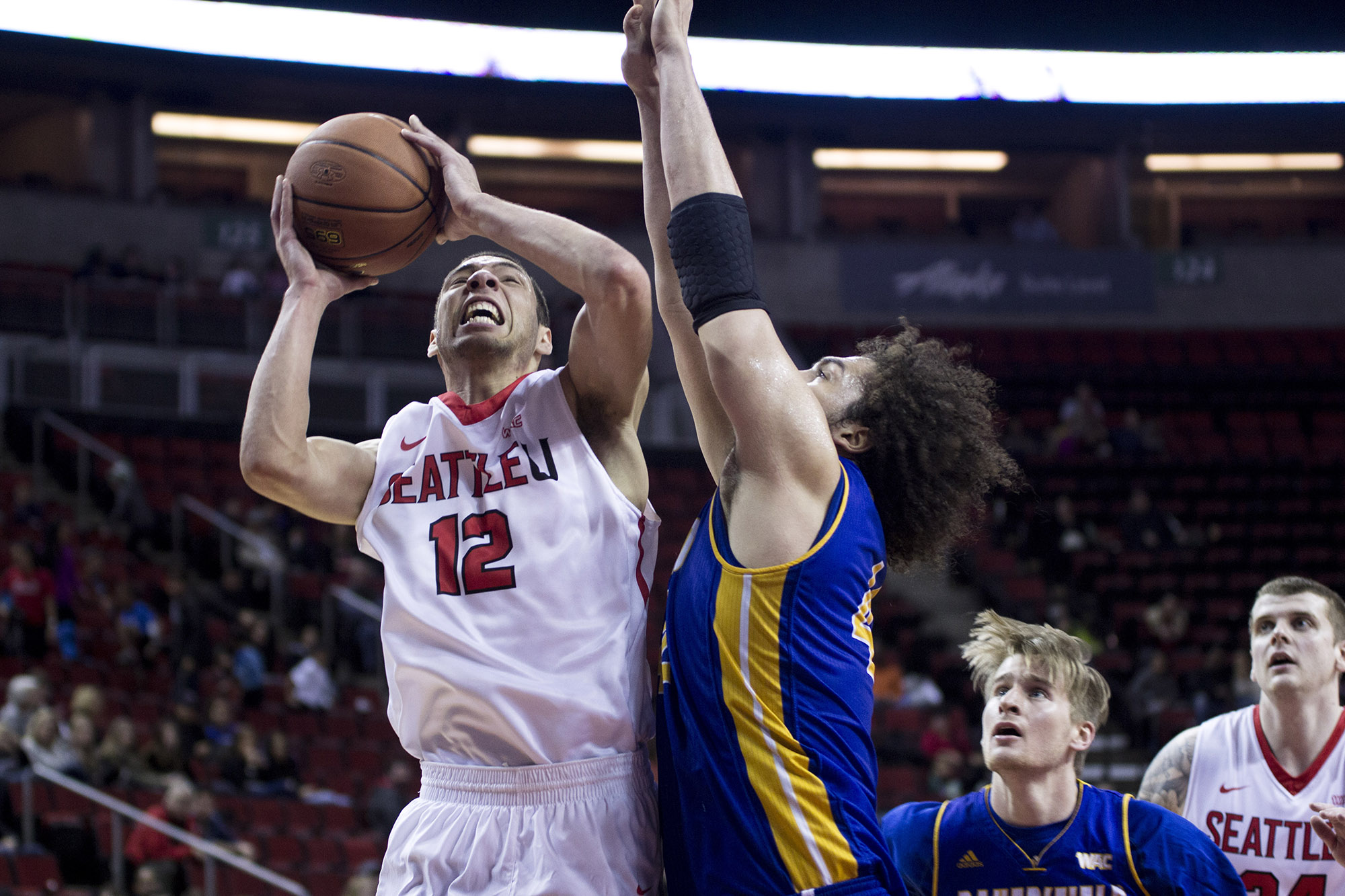 #12 Jadon Cohee was agressive the whole game, driving to the basket and finishing with 10 points and 4 rebounds

CSU Bakersfield improved to 13-5 with the win and their 3-0 conference record has them currently tied atop the WAC.

The loss Saturday night dropped the Redhawks record to 1-2 in the conference and 7-10 overall. It was the first game of a three-game homestand that continues this week. Thursday night at Key Arena the Redhawks take on New Mexico State in their first meeting since their loss to the Aggies in the championship game of the WAC tournament last March. Tip-off for this game is at 7 p.m. The Redhawks will complete their homestand on Saturday night as they match up with UT Rio Grande Valley at Key Arena before heading back out on the road the following week.