In Conversation with Artist in Residence, Matt Sellars 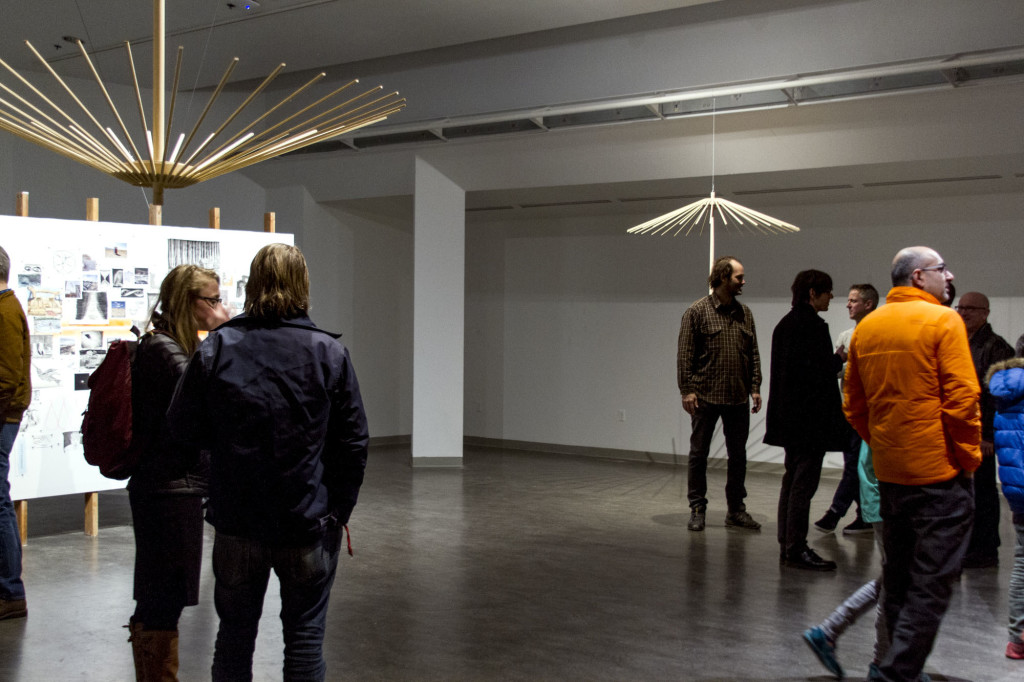 Cornish College of the Arts graduate Matt Sellars was recently selected as Seattle University’s Artist in Residence (SUVAIR) and has spent the last six months preparing his exhibition that will be shown in the Vachon Gallery from Jan. 15 to Feb. 11. A skilled wood-worker, sculptor and illustrator, Sellars’ exhibition focuses on themes that deal with history, environment and the world around us. 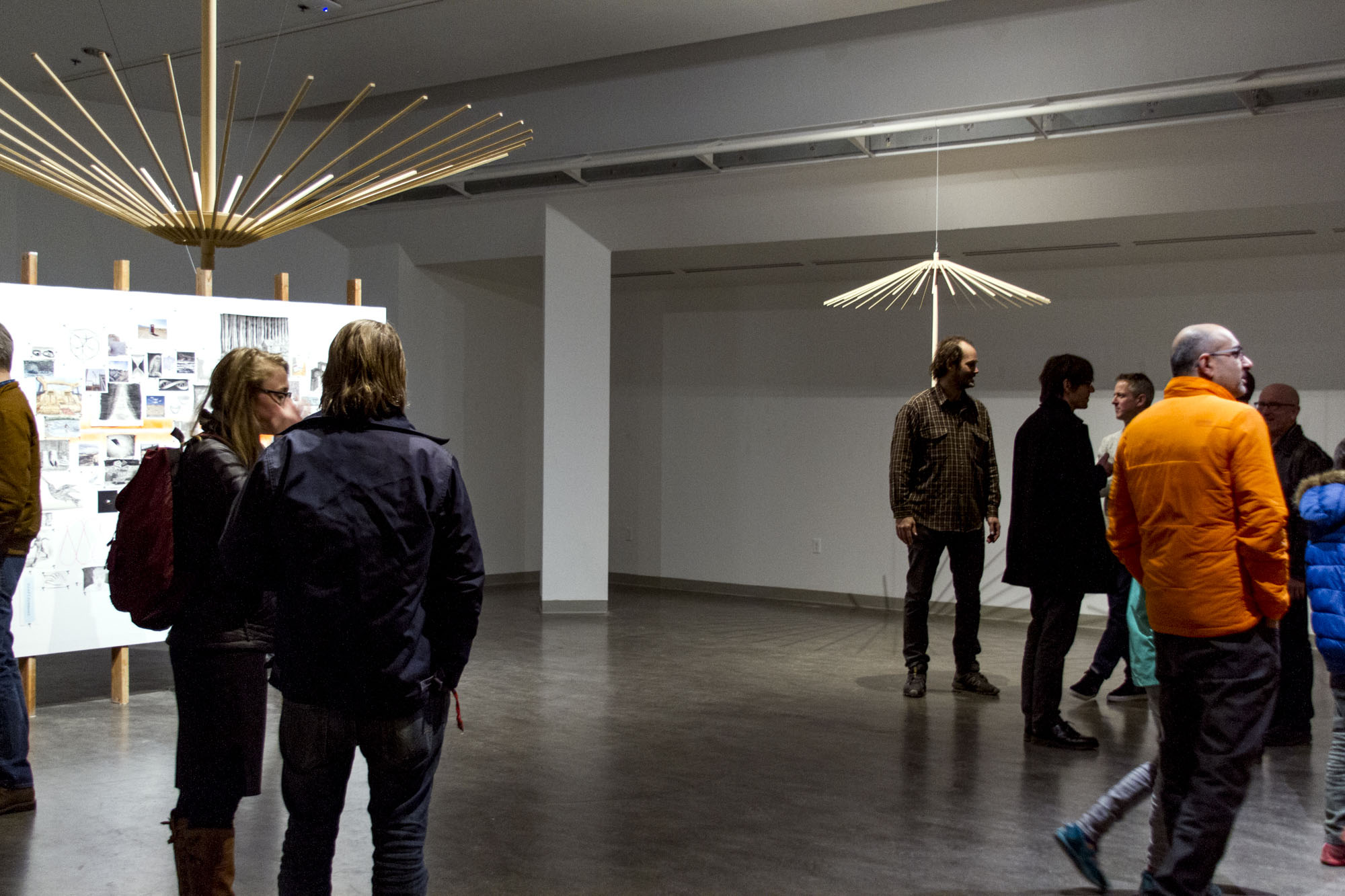 Just minutes before the opening reception, Sellars sat down with me to discuss his work, inspirations and what he’s learned from the residency.

Scott Johnson: What does it mean for you to be selected as resident artist?

Matt Sellars: It means a lot. I think I had expectations of what the residency was going to be like, which kind of changed the moment I showed up and started building up my studio. I found it to be super exhilarating to find a blank slate to step outside of my artistic process and take it in a
new direction.

SJ: What did you hope to accomplish while here?

MS: I wanted to use the residency as time to think, because that’s not always something you get to do when you have a deadline. I also wanted to interact with students and conduct studio visits with them. I think my biggest desire was to just interact with the college atmosphere and be a part of that energy.

SJ: How old were you when you found a love for art?

MS: I always drew, like most kids do, so it was right from the get-go. I really like to draw, so I don’t know if I can consider it a discovery, it was just something that I started doing and it all came natural to me.

SJ: Have you ever considered a different career path? 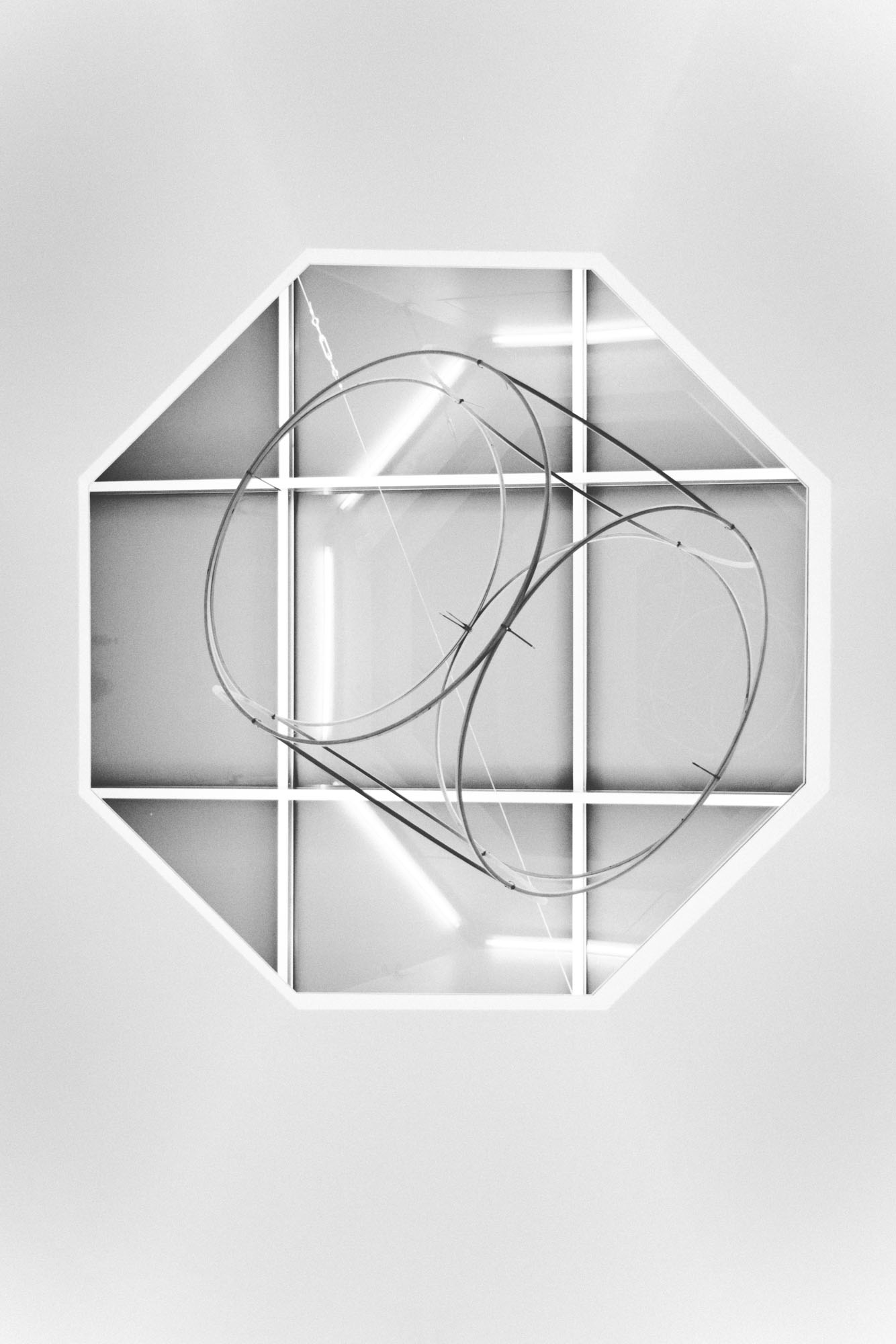 The view from below one of Sellar’s sculptures.

MS: Oddly no. When I started thinking about a career path, which was probably high school, at that point I had decided that art was totally cool. It’s what I wanted to do. Of course I don’t make a living as an artist, I make my living as a contractor. As far as my life’s important work, that’s art.

SJ: Which artists do you draw inspiration from?

MS: From an early age, or when you first become very aware of the art world and artists in it, which was college for me, artists like Anne Hamilton and H.C. Westermann.

SJ: Which piece are you most proud of today?

MS: “Thinking Out Loud.” This piece became about what the residency became about. Because once I figured out that it was okay to just go and think and draw, it really started to take off. This piece is me just jotting down direct thoughts and quick sketches and putting them up there. Over time, it just kind of got filled in. So yeah, this is definitely my favorite.

SJ: Which piece of art have you struggled with most?

MS: I would say that each of my shows has at least one piece that I struggle with. The funny thing is, is it usually starts out as what I think will be the strongest piece and then it doesn’t live up to expectations and it ends up being abandoned. There’s a process you go through where you decide to abandon it. Or you come up with the realization that it isn’t working and then you struggle with it to make it work and then you decide it just isn’t working.

SJ: When is a piece finished for you?

MS: That is a really tough question because then you go and install it and it looks completely different. I’m not as stringent about that anymore. Nowadays, I know that you could continue to tinker with a work forever and more of my style now is to just keep on moving to the next piece and then when you revisit that work again, you discover what was strong about it, what you really liked about it.

SJ: What themes are you trying to convey here tonight?

MS: My overarching idea or theme for the residency is “displacement” and that started with coming to the studio everyday through a city that is rapidly changing and seeing how this city is becoming a harder and harder place for a wide group of income ranges to live in. So I started thinking about the idea that people are being displaced from the city. That idea then grew to contain the entire idea of displacement, the idea that land gets displaced with water as the climate changes, animals get displaced from their habitats. All these drawings reflect what that’s about. Also the very idea of the residency became an opportunity to interact with students and with teachers, and the college atmosphere too.