All Cycles Collects Period Products for the Homeless 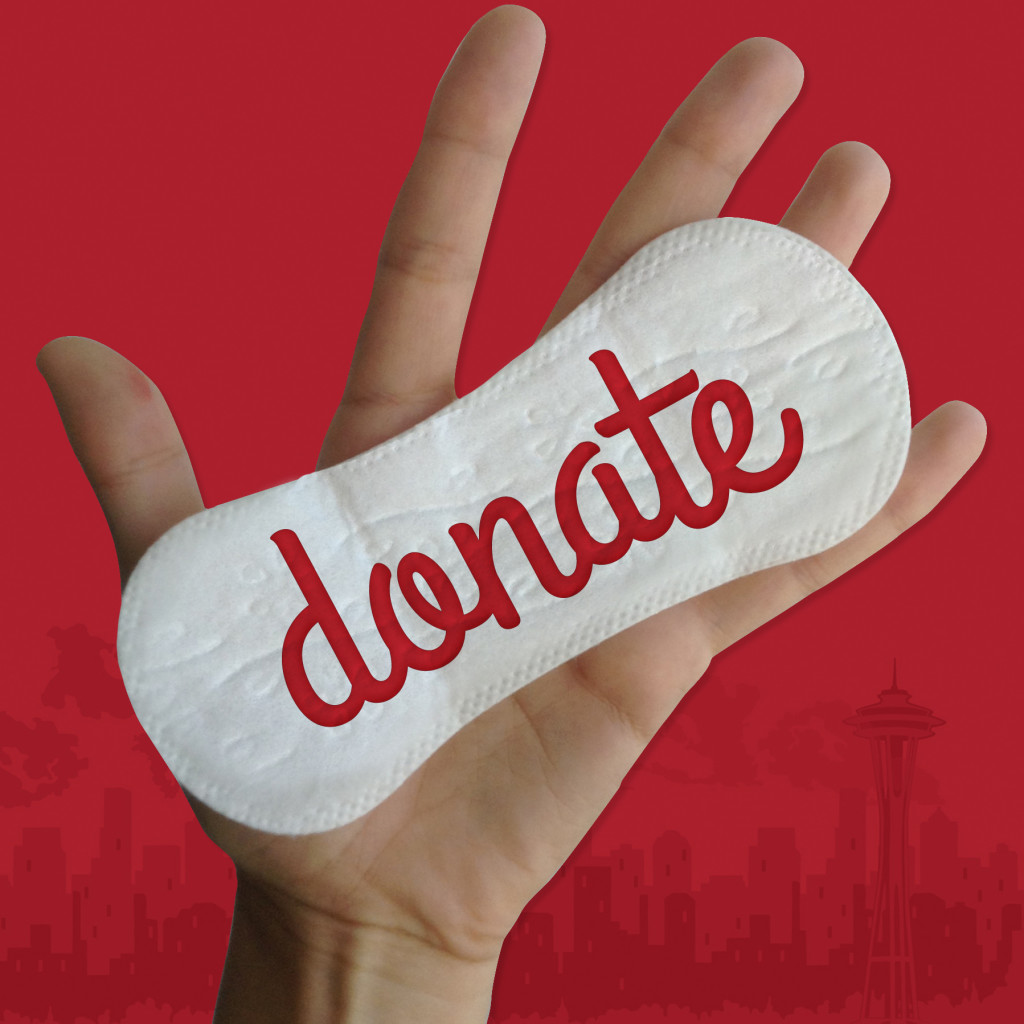 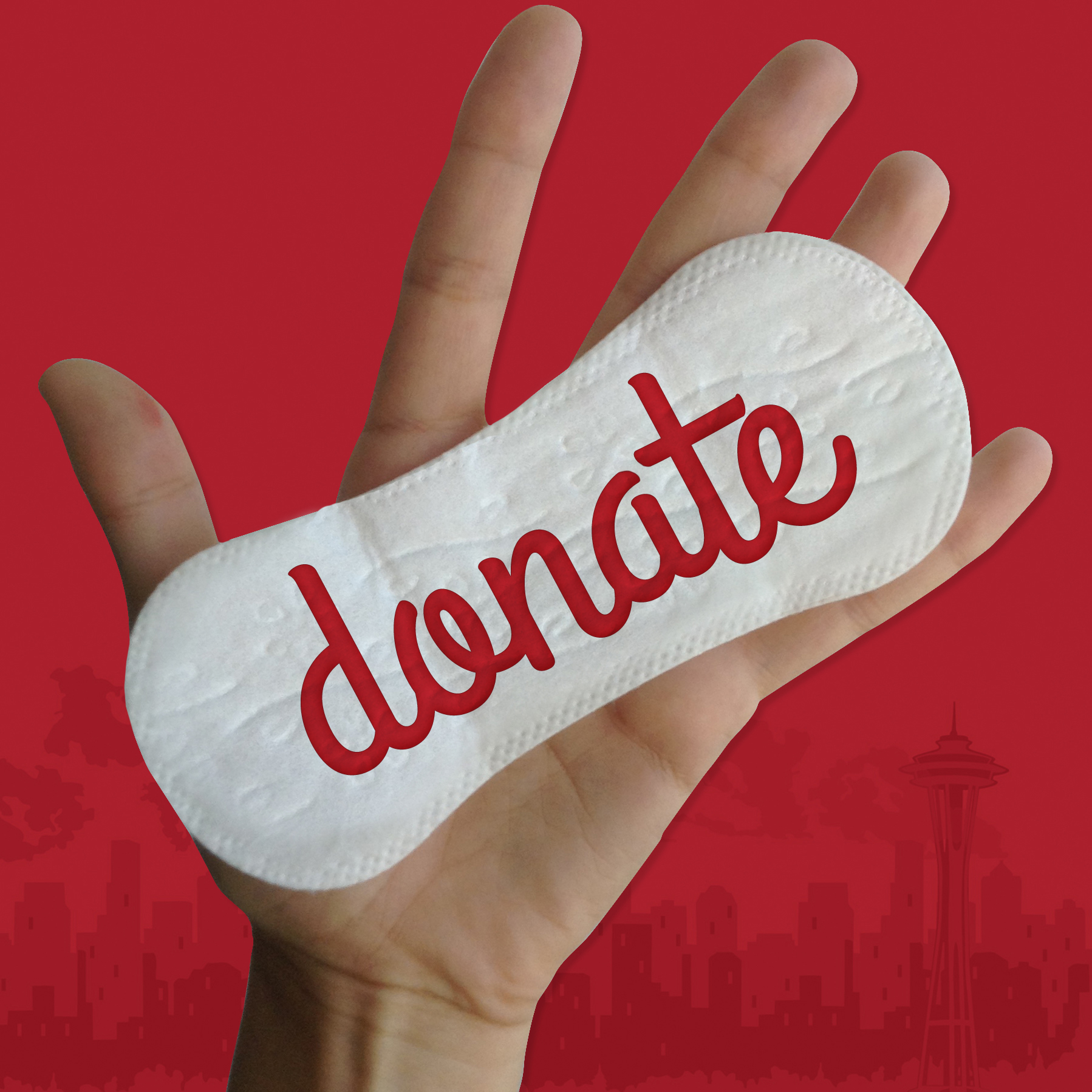 Menstrual cycles cost Approximately $18,171 over a lifetime, so what do you do when you cannot even afford food? And what do these numbers say about how society regards menstruation?

Few people are eager to talk about the daily struggles of living without a home; fewer want to talk about homeless people and their periods.

But a new group on Capitol Hill called All Cycles is trying to change that and are collecting tampons, pads and other menstrual supplies for people who can’t afford them.

Liz Andrade, founder of All Cycles, started the group last year in August after reading an article in the Huffington Post explaining how hard it can be for people living in poverty to get items like tampons and pads. She was so moved by the issue that she reached out to neighbors, friends and family to organize a donation drive to collect these much needed sanitary items. Her friends Hannah Stover and Jes Olson followed her lead and joined the group as its co-founders. They are well into their second drive, which will end next month. The first one, Andrade said, was a huge success.

“We’ve always kept our expectations low and then [been] really surprised by how generous people are in this city,” Andrade said.

The donation drive is running now until Feb. 20. Donations of tampons, pads and other menstrual supplies will be accepted at six locations throughout Seattle, all of which are listed on the All Cycles Facebook page. 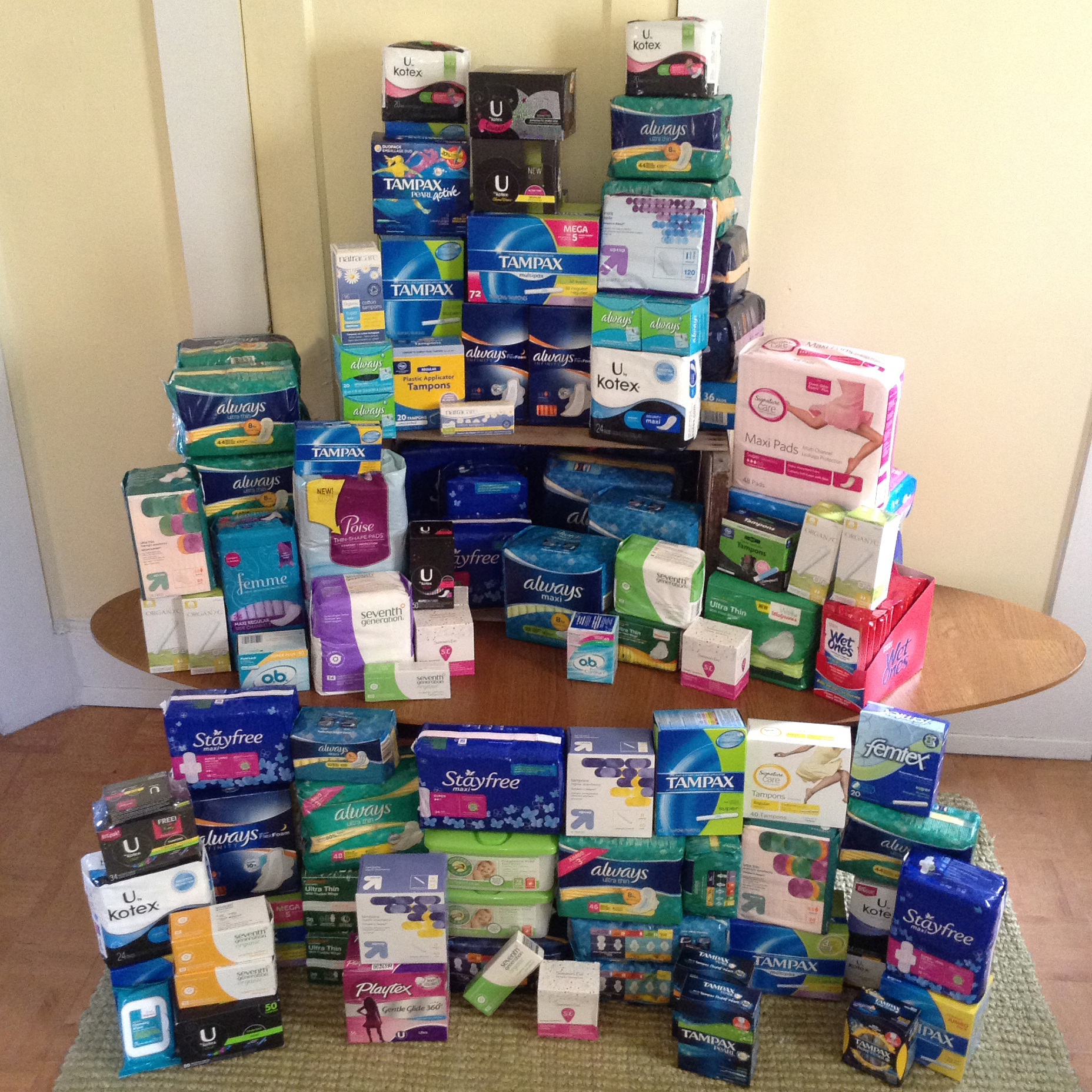 The group is also going to host “The Red Party”—its first fundraising event—next month on Feb. 13 in an art space in Belltown called Common Area Maintenance.

Menstrual cycles are an unavoidable yet crucial part of life, even to those who don’t have them. And yet, Andrade says, most people don’t think to donate important supplies that help people avoid infections and stay healthy.

“Menstrual products are one of those necessities that people just don’t think about,” Andrade said. “I don’t know if you can understand it, but I don’t even know if you have to understand it to have empathy for people who don’t have access to laundry facilities or washrooms, who are dealing with something that’s really inconvenient.”

According to an article published by the Huffington Post last year, menstrual cycles cost approximately $18,171 over a lifetime. This figure includes the price of heating pads, new underwear and chocolate—luxuries that homeless people often can’t consider buying.
Rick Crawford is working against homelessness as Development Manager of Peace for the Streets by Kids from the Streets, or PSKS, a nonprofit in Seattle that supports at-risk youth and young adult that will benefit from the donation drive.

“There’s big assumptions about homelessness being male-dominated,” Crawford said, “That’s not really the reality from what we’ve been seeing.”

Last year, during the early hours of Friday morning on Jan. 23, members of the Seattle King County Coalition on Homelessness embarked on the 35th annual One Night Count of homeless people in King County. More than 100 volunteers fanned out across the county to count the number of men, women and children who were sleeping without shelter.

The Coalition found 3,772 homeless people—21 percent higher than the year before—sleeping on the streets of King County. 993 of them were male and 230 were female. It should be noted that the gender of 2,518 people could not be specified.

“Menstrual supplies are a really basic necessity, something that all women need every single month, and that’s a lot of money if you don’t have any resources,” Crawford said. “Anything and everything helps.”

Even among people with menstrual cycles, periods are often a sensitive topic of conversation.

“People are uncomfortable talking about it. It’s kind of taboo,” said co-founder of All Cycles, Hannah Stover. “Before I read the articles, it was something I didn’t think of and I have a cycle. It’s not something that is talked about often. It’s something that’s swept under the rug.”

It’s a commonly known fact that certain members of our species bleed from their vaginas generally once a month. Other members of the same species, namely those who do not experience this phenomenon, sometimes struggle to accept that fact.

To sociology professor Mark Cohan, the stigmatization of menstruation is the reflection of the patriarchy.

“This treatment of women, in particular women’s biology and menstruation,” Cohan said. “Has a very long history in this society and many others.”

In a world where women are pressured to fit man’s ideal image of femininity, Cohan said, being homeless and having your period is like being kicked when you’re already down.
“[With] any form of gender oppression, poor women are more vulnerable to it and would tend to take the brunt of it,” Cohan said.

The way some people react to periods, he added, is “ironic to the extreme.” As he puts it, the code of masculinity is predicated on being tough. Most guys, when they bleed, treat it as a badge of honor, yet those so-called tough guys quickly become squeamish when they’re told that someone bleeds from the same place every month.

“[Those tough guys] need to reflect on their own presumptions, reflect on their own biases,” Cohan said. “It’s about their discomfort around female sexuality as much as it is around blood, because it relates to sexuality, it relates to fertility. This is a natural process and it’s essential to life. Part of the issue is that it’s a reminder to men that they don’t procreate, that they don’t have that power.”

In an essay published in 1978 in Ms. Magazine, Gloria Steinem mounted a brave attack on gender roles that passionate feminists celebrate to this day. In it she wrote of a satirical world where, instead of women, men are the ones with menstrual cycles. In an ironic twist, these men see menstruation as a sign of strength and masculinity, not weakness. Monthly periods turn into enviable, boast-worthy events where the dominant males can strut their fertility to untrustworthy females. Every facet of our culture—science, philosophy, the pursuit of knowledge, happiness, and purpose in life—would be seized by the monopoly of men.

“Male human beings have built whole cultures around the idea that penis-envy is ‘natural’ to women,” Steinem famously wrote. “…though having such an unprotected organ might be said to make men vulnerable, and the power to give birth makes womb-envy at least as logical.”

Skyler Ting, a Seattle U sophomore majoring in marketing and a double-minoring in French and women and gender studies, performed with a group of Seattle U students last year in a theater production called “The Vagina Monologues.” In the show, performers vocalized interpretations of interviews that touched on the common issues faced by people with vaginas.

She will perform again this year when the show premiers at the end of Winter Quarter.
“Even though there are women all over the world that are oppressed and have to deal with all this pain and abuse… they still rise, they’re still making a difference, still being mothers, sisters, daughters, grandmothers and caring and loving and healing the world,” Ting said.

Patriarchy, she said, pits women against each other; it drives them to approach social situations with only two goals in mind: be more like a man or find the man. This creates fierce competition.

Ting added that patriarchy affects men just as much as women. It gives both groups a standard neither can live up to. It oppresses all genders, all sexes.

“All that catty gossip and fighting that you get,” she said. “To me, that’s a product of patriarchy.”

Diana Jacobsmeyer, a Seattle U sophomore majoring in both Marine and Conservation Biology and Spanish, also performed in the Monologues last year.

“It’s supposed to be a safe place for you to talk about anything, really,” Jacobsmeyer said. “And [the performers] talk about everything. It’s funny performing and you see the faces on the audience.”

For Jacobsmeyer, the situation is more nuanced; patriarchy and societal expectations of masculinity are not the only sources of pressure on people with menstrual cycles.

“A lot of people I know would say it’s oppressive men and patriarchy,” Jacobsmeyer said. “I don’t know how I feel about that. I think certain women are not comfortable talking about [periods] and have never really learned to be comfortable with that.”

Revealing the oppressive nature behind so-called taboo issues is crucial to fighting stigma and to ensuring the success of groups such as All Cycles—and the best way to fight this stigma, Jacobsmeyer said, is with basic education and a willingness to engage in open conversation.

“As time goes by, awareness grows for the project. I think that this drive is going to go way beyond the first one,” Andrade said.