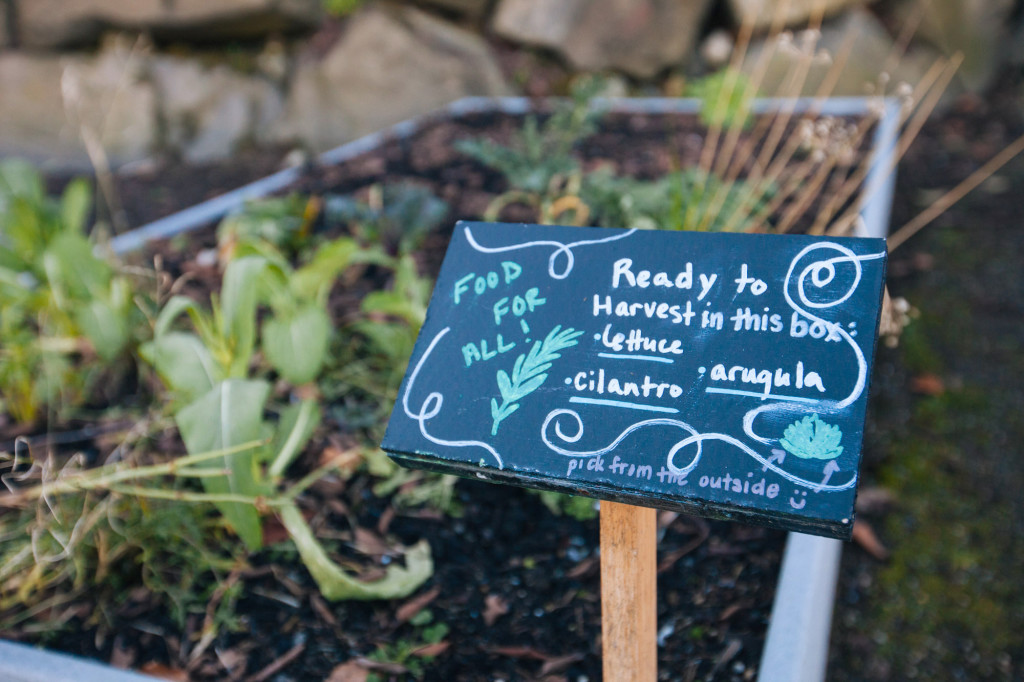 If you thought the season of giving was over, think again—the Food with Spirit Club plans on involving more people with their mission to grow and donate food to organizations in need of support.

Food with Spirit was officially recognized as a club last quarter, and senior co-presidents Mara Orenstein and Emma Thordsen are excited about increasing participation during winter quarter to prepare for a successful spring growing season. 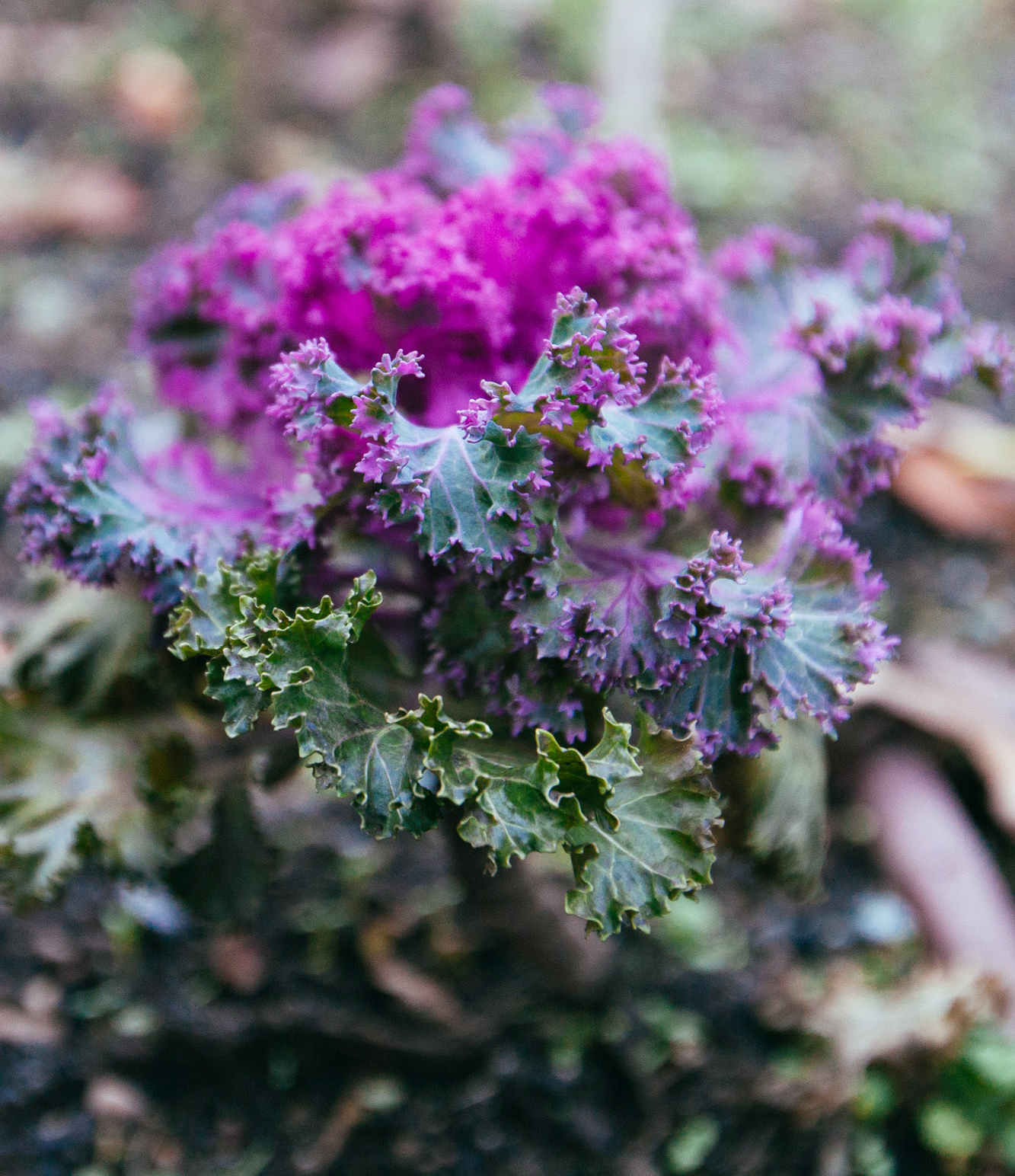 A head of purple kale growing in a garden outside the Student Center.

“We created the club in order to cultivate community at Seattle U that is then sharing what we grow with people who need it,” Thordsen said.

The club previously donated food grown in its garden on 13th street and Marion to the community kitchen at Saint James Cathedral. The Cathedral eventually was able to grow and maintain a garden of their own and informed Food with Spirit that they no longer needed their assistance. The club now donates to Community Lunch on Capitol Hill, an organization that provides free lunches every Tuesday and Friday at All Pilgrims Christian Church.

With taking care of a garden comes a lot of preparation. Orenstein and Thordsen have had their hands full, planning and planting in the garden since this past summer.

The garden produces all types of crops, from lettuces to carrots and everything in between. The club members decide what will be grown based on what the place they donate to requires, keeping in mind the weather conditions of the current season.

Orenstein and Thordsen are currently the only two official members of the club, and have been managing the donations and crop-tending themselves until the club can gather more members.

“What we really want to focus on this quarter is getting our participation up and letting people know about [Food with Spirit],” Orenstein said. “I have a feeling that there’s a lot of interest but it’s hard to get the word out when it’s just the two of us.” 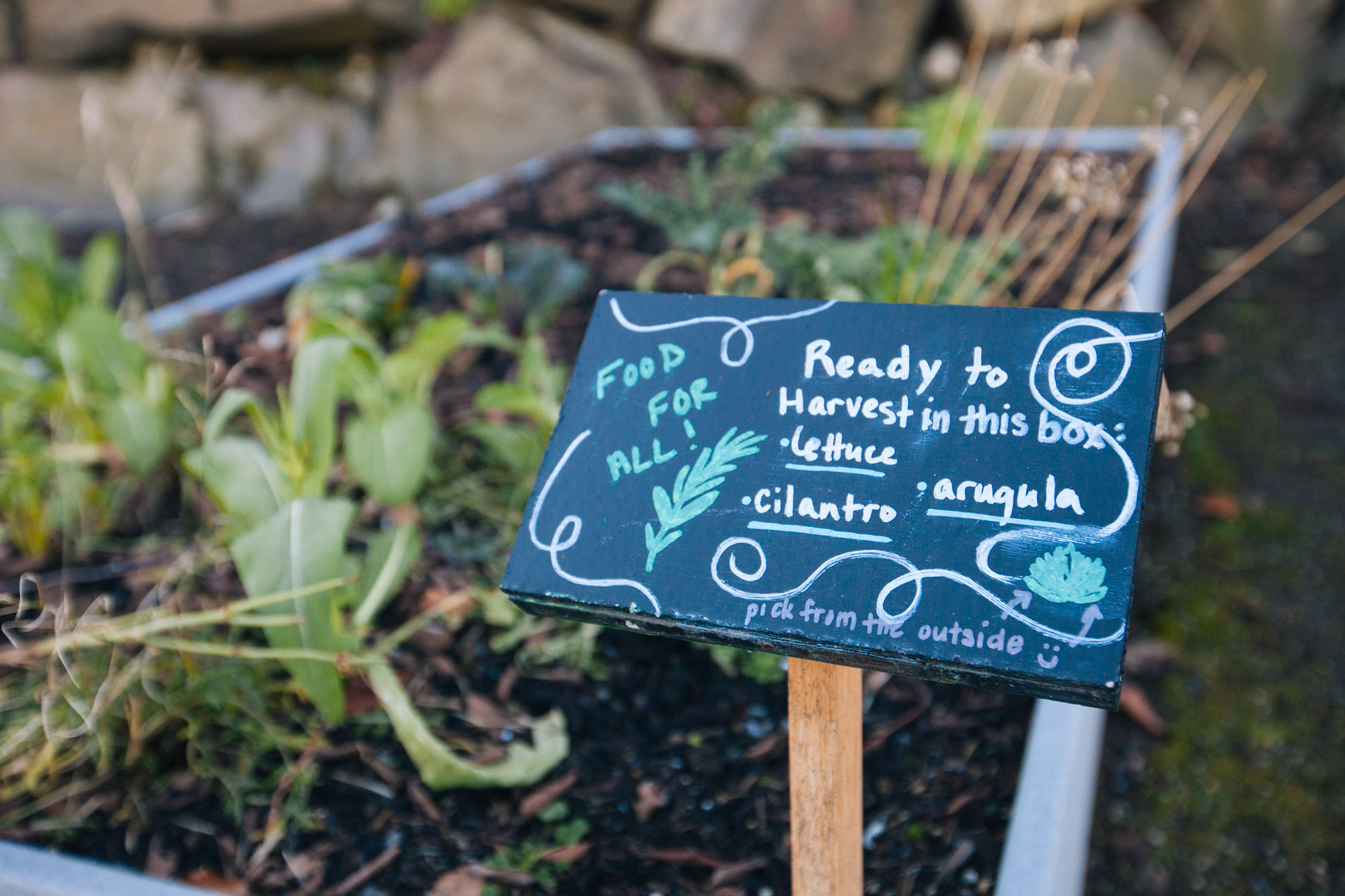 For students like senior Becca Clark-Hargreaves, the mission of the club reflects a lot of the values of other peers at Seattle U.

“I think that as a university community, there are a lot of good resources available to students on campus,” Clark-Hargreaves said. “People end up focusing all of their attention and energy on the campus throughout their time at SU and not being super cognizant or rooted in the surrounding community and are able to do that.”

Orenstein revealed that a possible partnership between Food with Spirit and the Seattle Food Rescue may be brewing, which would be beneficial in delivering the food to its intended destination.

“I think that a club like this that seeks to create these meaningful connections with entities outside themselves should be recognized and more strongly advocated for,” freshman Julia Bremington said. “Their work is really inspiring.”

The club is striving to recruit more people dedicated to their vision of food justice and have planned many events for this quarter. Their first winter work party and meeting will be held on Jan. 16 from 11 a.m. to 2 p.m. at their garden located on 13th and Marion.

This quarter’s activities will also include several film screenings that revolve around food justice and that seek to address certain issues within our food systems, such as sustainability.

“We want to specifically focus on why local, sustainable produce is so important,” Orenstein said. “Hopefully [all our events] will inspire people to remember us and come out in the spring to help us garden and do the work.”

If member recruitment is successful, the club has tentative plans to push forward and start a crop of microgreens in the greenhouse. Members could be involved with the water schedule and help grow a new garden, making room for more donations.

“What started as a simple project evolved into an organization that is committed to growing and donating food,” Thordsen said. “Food with Spirit acts as a bridge between the campus community and surrounding community.”