Constructing a Controversy… with Legos 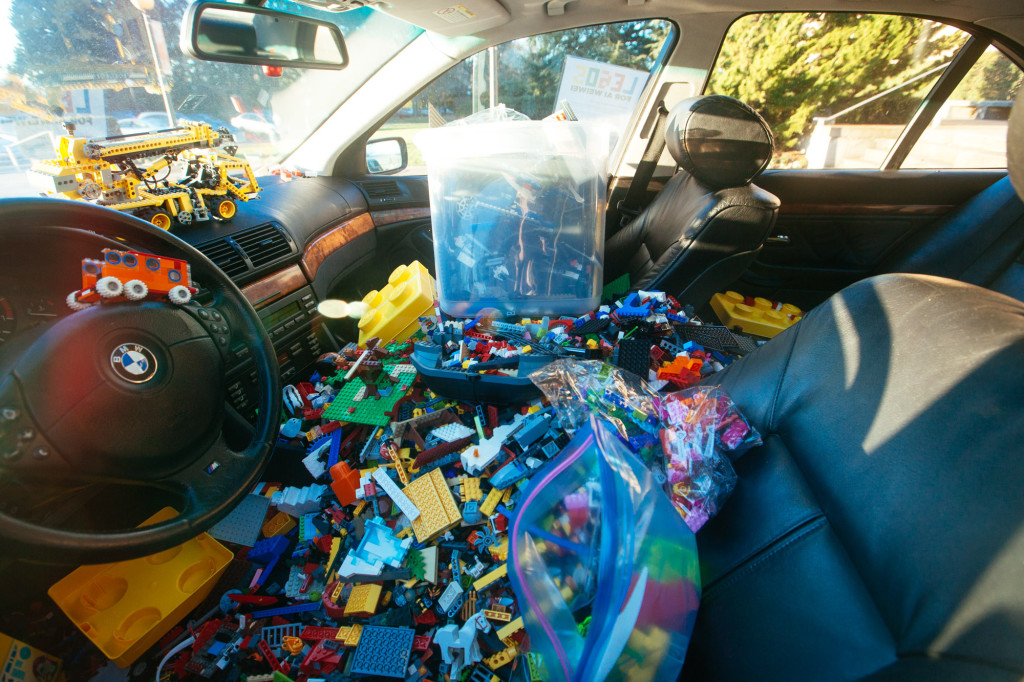 When I was a high schooler, checking out great, but oftentimes banned books like “1984,” “Catch-22” and “The Great Gatsby” always made me feel that I was somehow sticking it to the man. The commitment to freedom of imagination and expression is deeply embedded in our national psyche and is a right protected by the First Amendment. The core values of the First Amendment are driving one artist to highlight issues concerning freedom of expression in his own work.

Ai Weiwei is a Chinese contemporary artist and activist. His popular works tend to incite political discussion and explore themes concerning social issues and politics. His work, however inflammatory and divisive it may sometimes be, represents a style of art that is not afraid to challenge convention and incite emotional responses in his audience. This ability to create without regard for the negative reactions it might receive is perhaps his greatest artistic gift.

Most recently, Weiwei has been making headlines in the Seattle area for his conflict with a major American corporation, Lego, and he’s pulling no punches in his pursuit of artistic justice.

After Lego refused to sell bulk orders of their product to Weiwei, he began speaking out against the company and its practices, accusing them of censorship. He has begun collecting Legos through alternative means. At the Seattle Asian Art Museum, patrons are being urged to donate their spare Legos by dropping them off inside of Weiwei’s most recent piece, an empty BMW parked outside the museum. The piece was conceived mostly for the purposes of collecting Legos for his next project, which will use the pieces for the purpose of political expression.

Robert Aguirre, creative writing professor at Seattle University, mentioned some of Weiwei’s best artistic qualities—including his ability to create work without regard for the negative reactions it might inspire in some entities (like Lego)—when discussing what makes a good artist.

“One of the problems today, as I encounter it with young writers, [is that] they are hypersensitive to pleasing everyone, therefore I find them relatively incapable of writing anything,” Aguirre said. “Whether you’re a teacher, artist, musician a scientist… if your only reason for doing what you do is for others, I think that’s almost the antithesis of what it means to be an artist and a creator individually. I think an artist gives birth to something and puts it out into the world, and at that point it’s up to everyone else to evaluate and judge its merits, to celebrate it or not.”

Weiwei does just this with his art. That is, he gives birth to work that is potentially unpopular without concern for its potential unpopularity, caring instead for the fact that it incites deep thought and feeling in his audience, be it positive or negative.

Following Lego’s refusal to sell Weiwei their product, the artist proceeded to share dozens of portraits depicting political detainees, built from Lego bricks, that originally appeared as part of his 2014 show “Trace” at Alcatraz, the once famous prison. Included in the portraits are Nobel laureate Aung San Suu Kyi, who leads the opposition pro-democracy party in Myanmar and Saudi citizen Shaker Aamer, who was detained by the U.S. at the military prison at Guantánamo Bay for 13 years without charges and recently was returned to the U.K.

Following the Lego motto “inspire imagination and keep building,” Weiwei is going to continue to produce work using the little plastic bricks. His focus, however, has changed from a Lego-rendered re-creation of his famed triptych Dropping a Han Dynasty Urn to “a new work to defend freedom of speech and ‘political art.’”

“In cases where we receive requests for donations or support for projects—such as the possibility of purchasing Lego bricks in large quantities—where we are made aware that there is a political context, we therefore kindly decline support,” a spokesman for Lego told the Guardian in response to the artist’s allegations, The ACLU describes censorship as “the suppression of words, images, or ideas that are ‘offensive,’ [and it] happens whenever some people succeed in imposing their personal political or moral values on others. Censorship can be carried out by the government as well as private pressure groups.”

While Lego isn’t legally required to sell the artist anything they don’t want to, the company’s refusal has led to an international controversy that has parked itself in the heart of Volunteer Park.

Legos for Ai Weiwei can be donated at the Seattle Asian Art Museum. During museum hours visitors can dump them directly into the exhibit, a silver BMW parked in front of the museum. Patrons can then visit the museum which features hundreds of works of art new and old, including the newly acquired “Ai Weiwei’s Colored Vases.”