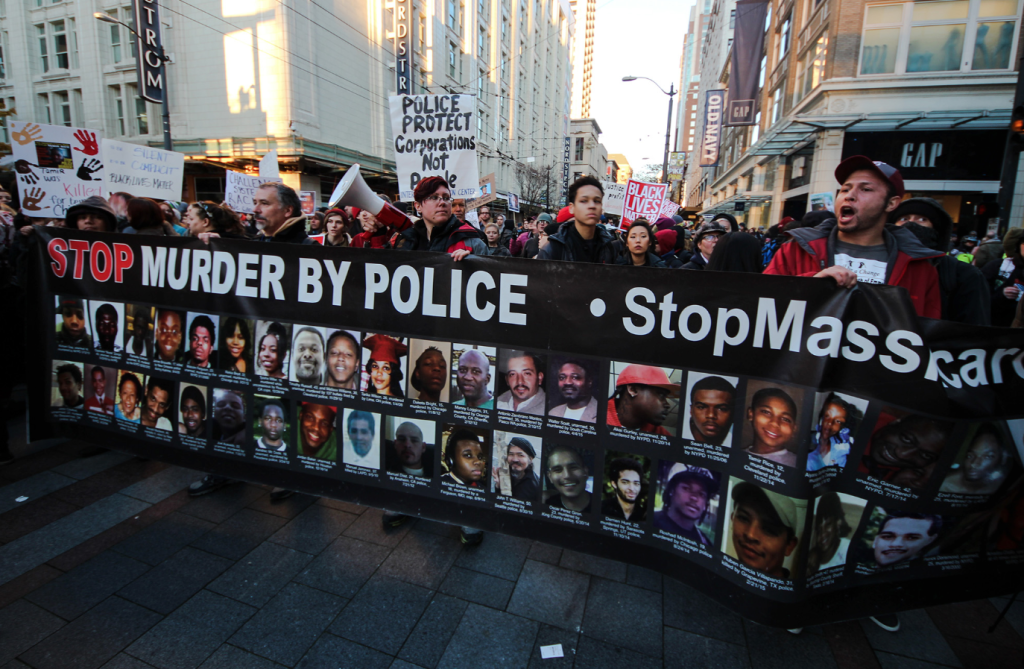 Last Friday, hundreds gathered at Westlake Center—some arrived for the Black Friday shopping deals, while many others protested the consumer culture that values money and materials over the lives of black people. This was the second year in a row that supporters of the Black Lives Matter movement protested Black Friday in cities around the United States. Some Seattle University students and faculty participated last year, and this year a group of 12 Seattle U students met ahead of time and prepared with food and medical supplies before attending the protest together. 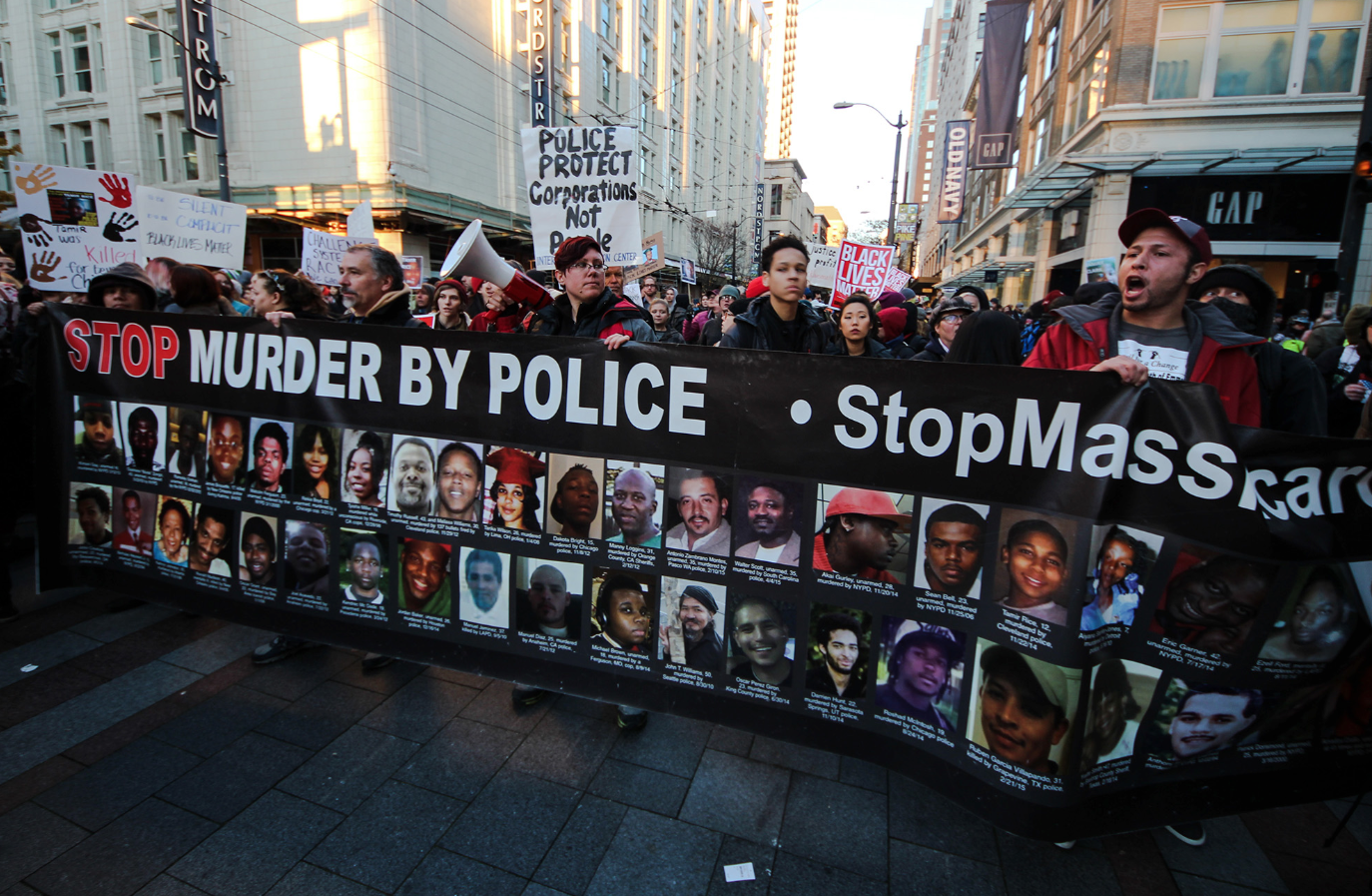 “I believe the movement is gaining more and more backlash from supporters of the system, but I do believe that Black Lives Matter leaders, organizers and supporters have become more efficient in [achieving] their goals,” senior Rickey Leachman said.

Last year, Black Friday landed on Nov. 28, only four days after the grand jury decision not to indict Darren Wilson for the murder of Michael Brown in Ferguson, Mo. The protest was emotional and energized and the police responded, in some cases, with pepper spray and arrests. The Seattle U group prepared for a similar response this year, though luckily no one in the group was attacked with pepper spray or was among the four protesters who were arrested.

The crowd of protesters gathered at Westlake Park around 1 p.m., and began by sharing affirmations and practicing the “people’s mic” tactic—where one person speaks through a megaphone and the crowd repeats the message to make it widely heard. Around 2 p.m., they began marching down the streets surrounding Westlake Center, stopping traffic and drowning out Christmas carols with chants of “Whose lives matter? Black Lives Matter!” They entered some stores, including Macy’s and Forever 21, but were locked out of others while shoppers watched and filmed from the windows.

At 5 p.m., the tree lighting began, and performers occupied the temporary Pine Street Stage set up for the occasion. Protestors, including Seattle U students, gathered around, shouting “No justice, no peace! No racist police!” and “If we don’t get no justice, then we will shut it down.”

Performers and onlookers carried on, often barely acknowledging the protestors. The demonstration ended around 7 p.m. after the tree lighting ended, with promises to continue every year until racism and classism are eradicated.

Fikru sees the timing of the protest as lining up with a season defined increasingly by consumerism rather than spirituality or community. It is the epitome of capitalist culture—a system that many argue marginalizes and oppresses communities of color.

Tyrone Brown, a staff member who introduced Moral Mondays to Seattle U last year, explained what he described as his own “unscientific” reasoning behind the choice of Black Friday as the protest date, as three traumatic anniversaries for the black community occur in November—the death of 12-year-old Tamir Rice, the failure to indict Darren Wilson and the recent release of video footage from Laquan McDonald’s murder.

“And then people go home to Thanksgiving, and in many black families there are people missing. Then, the very next day is called Black Friday,” Brown said.

Brown believes that when our overwhelming consumer culture takes precedence over recognizing the recent tragedies in the black community and working towards justice for black people, it becomes intolerable—and this was the main fuel behind the Black Lives Matter protest on Friday.
According to Time Magazine, Americans spent over $10 billion at retail stores both this year and last year.

Fikru believes that despite continued consumerism the movement is gaining more support.

“[These protests] expose institutional racism to the public, resulting in people challenging the institutions that are contributing to the pain of marginalized students,” Fikru said.

Brown feels that the upcoming election year will reveal how much progress the Black Lives Matter movement has made. He expects to see reactions during the Republican National Convention in Cleveland, and upcoming anniversaries including the death of Trayvon Martin in February. An election year is an especially important time to change policies and make decisions, and the Black Lives Matter movement will ensure that justice for the black community is on the agenda.

“If anything, the movement is telling black people that they have a voice, and they don’t have to ask permission to use it,” Brown said.