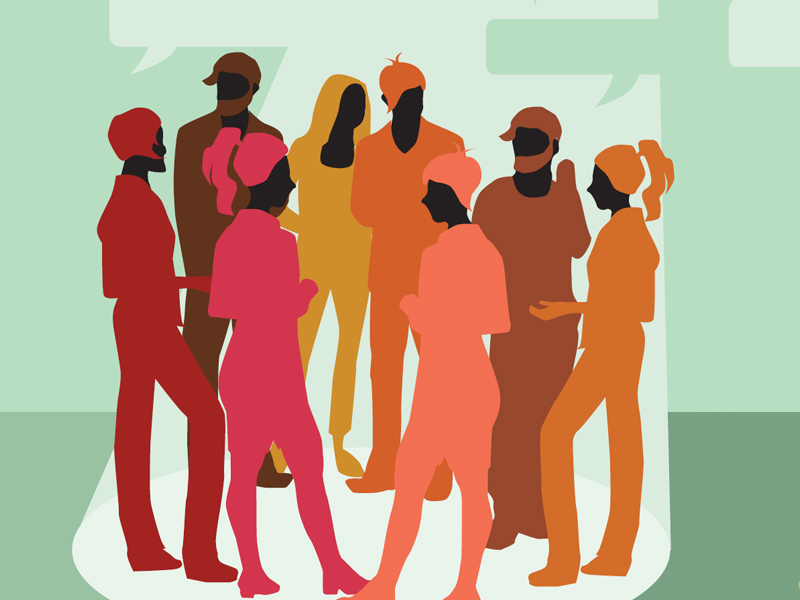 We’re told from a young age that college will be a time to develop our social and political opinions about the world we live in. For most students at Seattle University, it’s not difficult to find peers with shared liberal perspectives. But for those with more conservative beliefs, becoming a part of the discussion isn’t as easy.

“It’s kind of like your viewpoint is only welcome if you have liberal viewpoints,” said Shaina Williams, a second-year graduate student and member of Seattle U Students for Life.

One outlet for Seattle U’s more conservative population is the Students for Life club, a group of both undergrad and graduate students who speak out against abortion and advocate for women with unplanned pregnancies to explore alternative options.

“Women’s bodies are made to carry children,” said sophomore Olivia Donahue, another member of the club. “I think that being able to give life to other people is more empowering than taking it away.”

The topic of abortion has become a source of heated debate—particularly in the past few months—as the Republican Party has put the non-profit organization Planned Parenthood under fire, arguing that an organization that offers abortion procedures should not be federally funded. Several U.S. states have taken steps toward defunding Planned Parenthood; Washington State is not one of them.

But abortion is not the only topic the Students for Life have weighed in on. Last Tuesday, Nov. 10, the club hosted Dr. Theresa Deisher, president and founder of the Sound Choice Pharmaceutical Institute, to speak on the ethics of using medicines and vaccines that contain embryonic stem-cells. Deisher called attention to the controversial videos released by the Center for Medical Progress earlier this year that claimed to expose Planned Parenthood for selling tissue and organs from aborted fetuses—videos that have since been scrutinized for deceptive and misleading edits.

“The videos that Dr. Deisher uses in her pro-life argument are not factually representative of the position that these women and families are in,” said senior Alyssa Lund, a nursing student. “It’s a very complicated and inflammatory subject, to say the least.”

At the event, titled “Planned Parenthood: The Science Behind the Controversy,” Deisher argued that because there are safer—and in her opinion, morally sound—alternatives, there is no reason why tissue from aborted fetuses should be used for scientific research.
“Stem-cells from the aborted baby are not useful, and [the scientists] can clearly get stem-cells from other age groups that are just as valuable,” Deisher said. “And they can get them without killing the donor of the stem-cells.”

In regards to abortion, Deisher suggested that no one is ever happy to resort to the procedure.

“Regardless of how anyone self-identifies…I think we’re all basically pro-life,” Deisher said. “And we might really hope for a world—no matter how we self-identify—where we didn’t have to make these kinds of decisions.”

Students for Life club member John Dogero, a graduate student, said he believes that even people who identify as pro-choice could get behind Deisher’s argument that embryonic stem-cells should not be used for research.

“It’s a completely separate issue [from abortion],” Dogero said. “Not only is it either up or down, yes or no, for the mother; there’s also demand for the cells—the human tissue—for medical research.”

The purpose of the event, Dogero said, was to provide information on a topic that hasn’t received as much public attention as abortion. On the Facebook page for the event, the Students for Life club encouraged pro-choice community members to attend for a more balanced discussion.

Sophomore Kelci Schaeffer said after the event that she found Deisher’s argument compelling, despite Schaeffer’s belief that women should maintain the right to choose whether to terminate a pregnancy.

“It was interesting to hear,” Schaeffer said. “I personally am pro-choice, but I’m open to other people’s opinions and I think it’s really important to hear both sides.”

The Students for Life have echoed this goal. Senior Alexander Kvenvolden, another member of the club, said he would like to see money shifted from Planned Parenthood to health clinics that provide all services except abortion.

The number of Planned Parenthood facilities and private abortion clinics is dwindling. In Texas, the second-most-populous state in the U.S., there are 19 running healthcare clinics that provide abortion procedures, five of which are Planned Parenthood facilities. Later this year, the U.S. Supreme Court will review a state law Texas passed in 2013 that imposes strict regulations on abortion clinics (and that has already shut down half of the 41 clinics that were open two years ago). If the law is not repealed, the state will be left with just 10 clinics in 2016.

Though Texas is in a unique situation, abortion clinics all over the country are under threat of closure as Planned Parenthood continues to be investigated and defunded by various states, leaving women with fewer and fewer places to go.

“I’m always down for seeing both sides of a particular issue, but there are some issues where I just don’t get the other side,” said sophomore Jillian Foote, who identifies as pro-choice. “I feel that it is not really anyone’s responsibility to make the choices for someone else’s body.”

Foote said that she would be hesitant to attend a pro-life event on campus, even if the focus of the argument was—like Deisher’s—based on scientific research.

“While they’re talking about the more scientific side of it, they’re still going to be angling it towards their side of the argument,” Foote said. “So the scientific information is going to be framed in a way that isn’t educational for someone who’s curious about both sides.”

Deisher’s talk was the first event the Students for Life hosted this quarter; their plans for the rest of the year will focus more on their stance on abortion.
On Wednesday, Nov. 18, the group will hold a tabling event in C-Street from 11 a.m. to 1 p.m. called the Planned Parenthood Project, where they will highlight statistics from Planned Parenthood’s annual report and call into question the ethics of the organization’s business.

The club is also working to compile a resource guide for pregnant and parenting students at Seattle U. This project is called the Pregnant On Campus Initiative, and was started by the national Students for Life of America organization.

“This campus is definitely lacking in resources for students,” said Brinkley Johnson, vice president of Students for Life. “And most people don’t know about them—we didn’t know about them until we looked them up.”

Kvenvolden said a misconception many people have about the pro-life movement is that its advocates are focused solely on birth—that after the birth, nothing is done to ensure the wellbeing of the child and its mother.

“We want to help the women and children; we don’t want to leave them on their own,” Kvenvolden said. “That’s part of our love for the woman and the child—is that we want them both to be able to thrive and to be able to make it.”

Though students who identify as pro-life are a minority on Seattle U’s campus, their voices are no less important.

“If people that are more left-sided voice their opinions very aggressively, that’s cool…but then if I say something, I feel like I get more attacked because more people don’t agree,” Donahue said. “Why can’t I aggressively say what I believe, just because it’s different from the popular opinion?”

Jenna can be reached at [email protected]