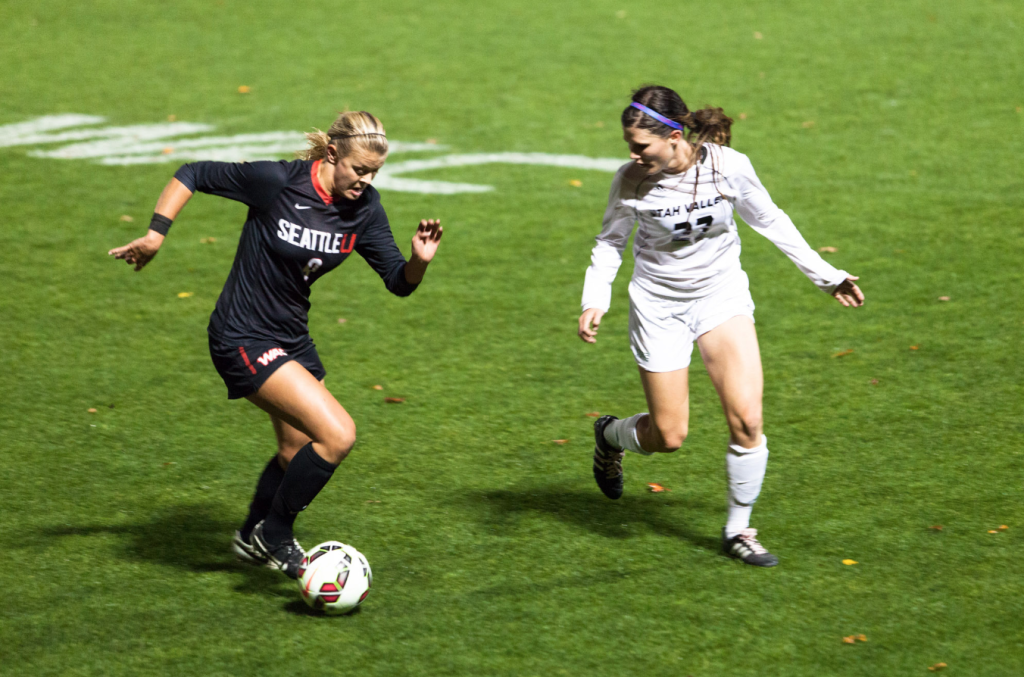 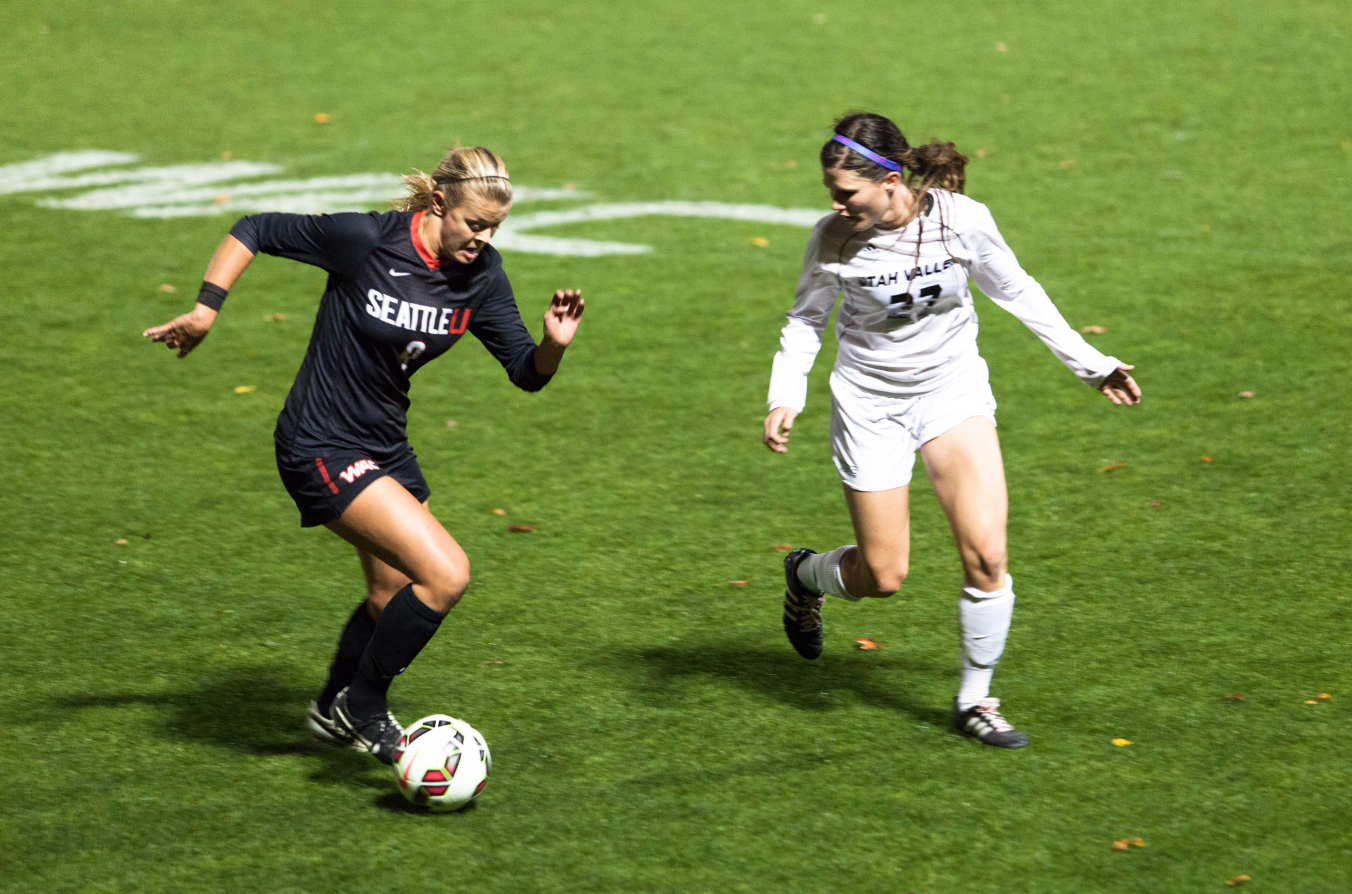 Jennifer Plummer (9) makes a run with the ball.

The victory means the Redhawks will head into next week’s Western Athletic Conference (WAC) tournament as the number one seed, while Seattle U also picked up their third straight regular season title.

White’s goal on 53 minutes broke the deadlock on what was a very physical and defensively strong match for both sides. A slick playing surface meant that passing had to be precise, and a moment of quality was all it took for Seattle U to gain the advantage. White was found in the middle of the box from a cross by Julia Moravec and was able to beat UVU goalkeeper Jessica Duffin to put the Redhawks in front. From there the Redhawks never looked back, though they had to rely on their backline to preserve the shutout against a talented UVU side, who was also vying for the WAC regular season title.

After her goal, White is now tied with Moraver as the team’s goal scoring leader, and head coach Julie Woodward was very pleased with how her team could produce such a good performance against a good side.

“I’m really proud and happy for the team,” Woodward said. “We expected Utah Valley to come out tough because they’re a great team that keeps getting better every year. Our team kept fighting. Julia Moravec has been so solid and consistent for us all year and I thought Karli White had a special game for us. I love the resiliency of my team and how incredibly hard they work.”

Utah Valley recorded seven shots to Seattle U’s five, showcasing the defensive effort that Woodward’s side had to complete in order to get the result. In goal Brianna Smallidge  finished with five saves, including the Wolverine’s best chance in the match in the 88th minute. Breanna McCarter found space and was able to fire a shot on target, but Smallidge was equal to it.

The Redhawks have won the past two WAC tournaments, and will hope to do the same as they travel to Bakersfield, California to face the winner of New Mexico State and Cal State Bakersfield on Nov. 6, at 7 p.m. PT. Streaming for the match can be found on the WAC digital network.