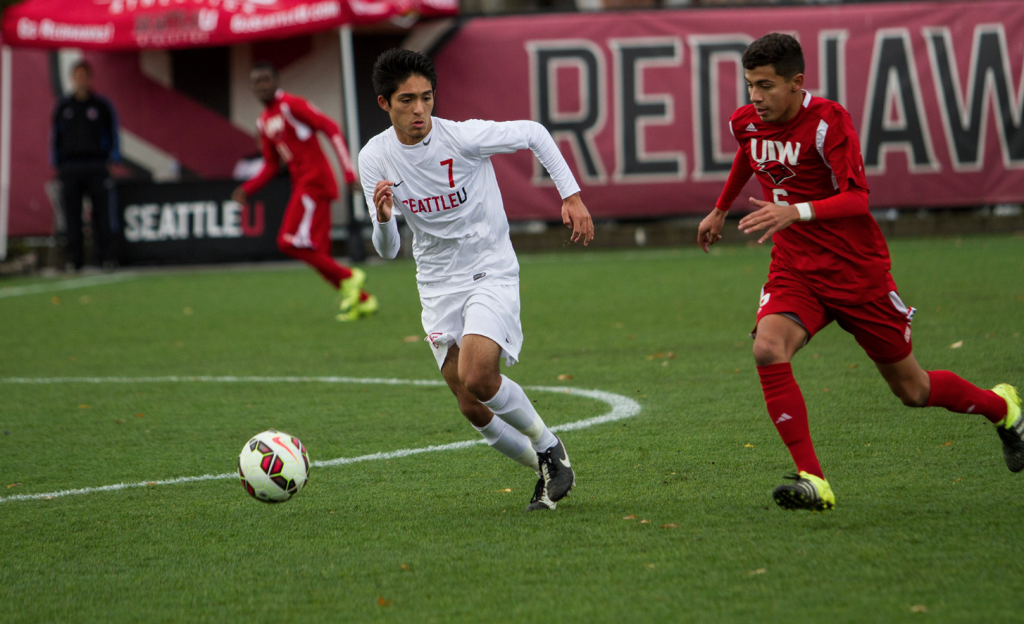 David Olsen continued his streak of brilliant form to score a hat trick Sunday against the University of Incarnate Word (UIC) in a 4-2 victory. The wet conditions at Championship Field led to an end-to-end match, with both side’s opting to go long more often than not and the game ultimately being decided by Seattle University’s finishing ability. 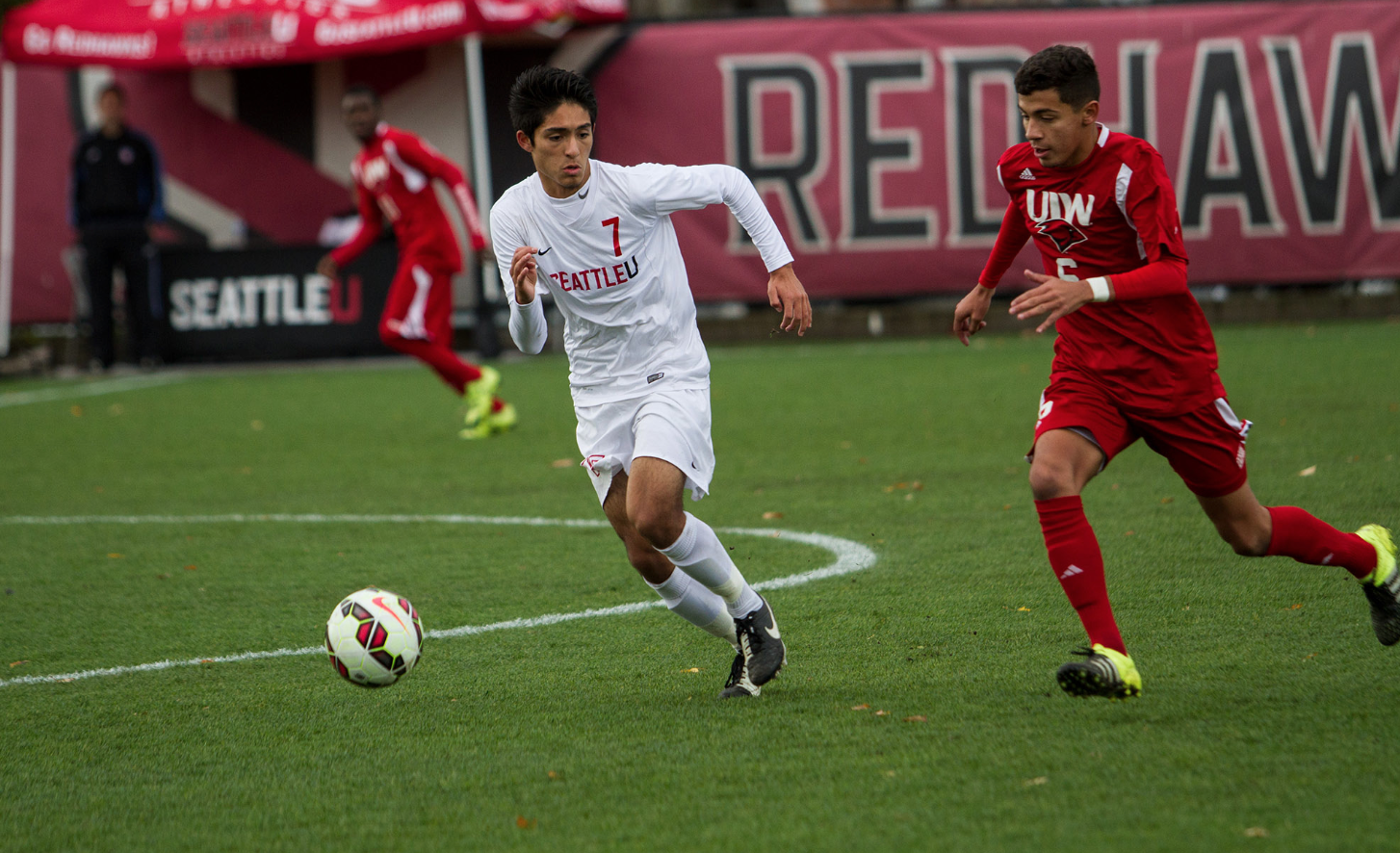 #7 Sergio Rivas pushes the ball up the field

With the victory, the Seattle U men’s soccer team has secured their second Western Athletic Conference (WAC) regular season title in three years, and will head to Kansas City for the conference tournament on Nov. 12 as the number one seed.

It was Olsen, who so often this season has scored important goals at important times, who netted thegame’s first goal just six minutes into the match. The Sounders Academy product perfectly met Sam Langston’s corner kick to guide the ball into the back post. Olsen had run free from his defender, and he left UIC goalkeeper Chase Therrien motionless.

Just seven minutes later, more combination from Olsen and forward partner Michael Roberts started to cause problems for the Cardinal backline. Roberts slipped Olsen in with a wonderfully weighted through ball, and Olsen’s finish was clean as he found the far corner.

Head Coach Pete Fewing was pleased with the result, though he knows that if the team is to extend their season then they will have to keep up their combative mentality.

“No one is satisfied. In the preseason poll we were picked to win the league and so we lived up to what everybody thought we could do,” Fewing said. “ It’s a good conference, and it’s not easy to come from a position of being ahead and being ranked. I’m really happy for our seniors.”

A Sam Langston penalty made it 3-0 on 39 minutes after Agustin Andrade drew a foul from Therrien. UIC was able to conjure up a response right before halftime. Ben Conway was able to get past the Seattle U backline and slot his finish underneath Shane Haworth–and it was the Cardinals who came out strong at the beginning of the second period, once again using Conway’s direct play and pace to get back within one.

Ultimately, it was Olsen who would steal the points and secure the WAC regular season title in the 75th minute. Sergio Rivas was found in space in the middle of the pitch and after picking his head up, found the run of Olsen

on the right hand side who slotted past Therrien for his third goal of the match, and 11th of the year.

Fewing knows that with a No. 15 national ranking comes every opponent’s best efforts, and was pleased that his side was able to set the tone early.

“People think we’re a good team and we have to go do the work to convince them. We have to live up to the expectations,”said Fewing.
The two sides combined for a total of 41 shots as Seattle U outshot the Cardinals 26-15.

Seattle U next heads on the road to face Utah Valley in Orem, Utah on Nov. 7 before heading to the Midwest for the WAC tournament.