The Spirit of #RiseUpOctober Manifests in Seattle 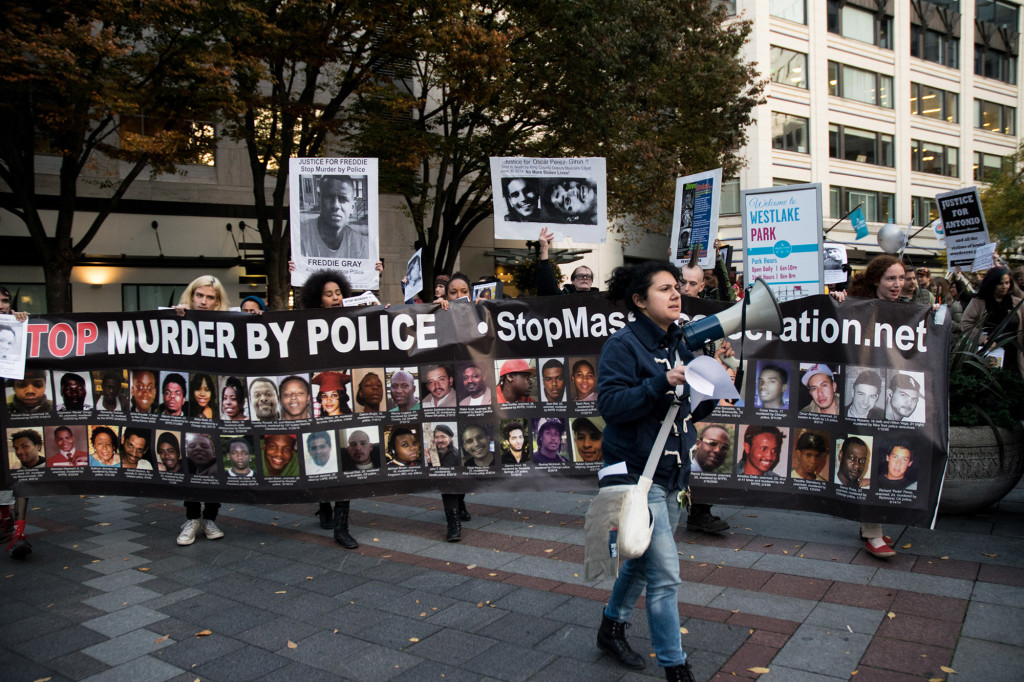 Protesters stood around the arch at Westlake Park in Downtown Seattle on Oct. 22, holding up white posters of the faces of victims who had lost their lives to police brutality. “The police are murdering people.

How many more, before you rise?” two women yelled, standing under the arch at the front of the circle.

The group began to shift, and protesters funneled out of Westlake park and down to First Avenue. The crowd was diverse; there
were individuals dressed as if they just came from work and anarchists dressed in all black and blaring music in the back.

Protestors in the front yelled “black lives matter” and handed out informational cards to those not participating in the march. 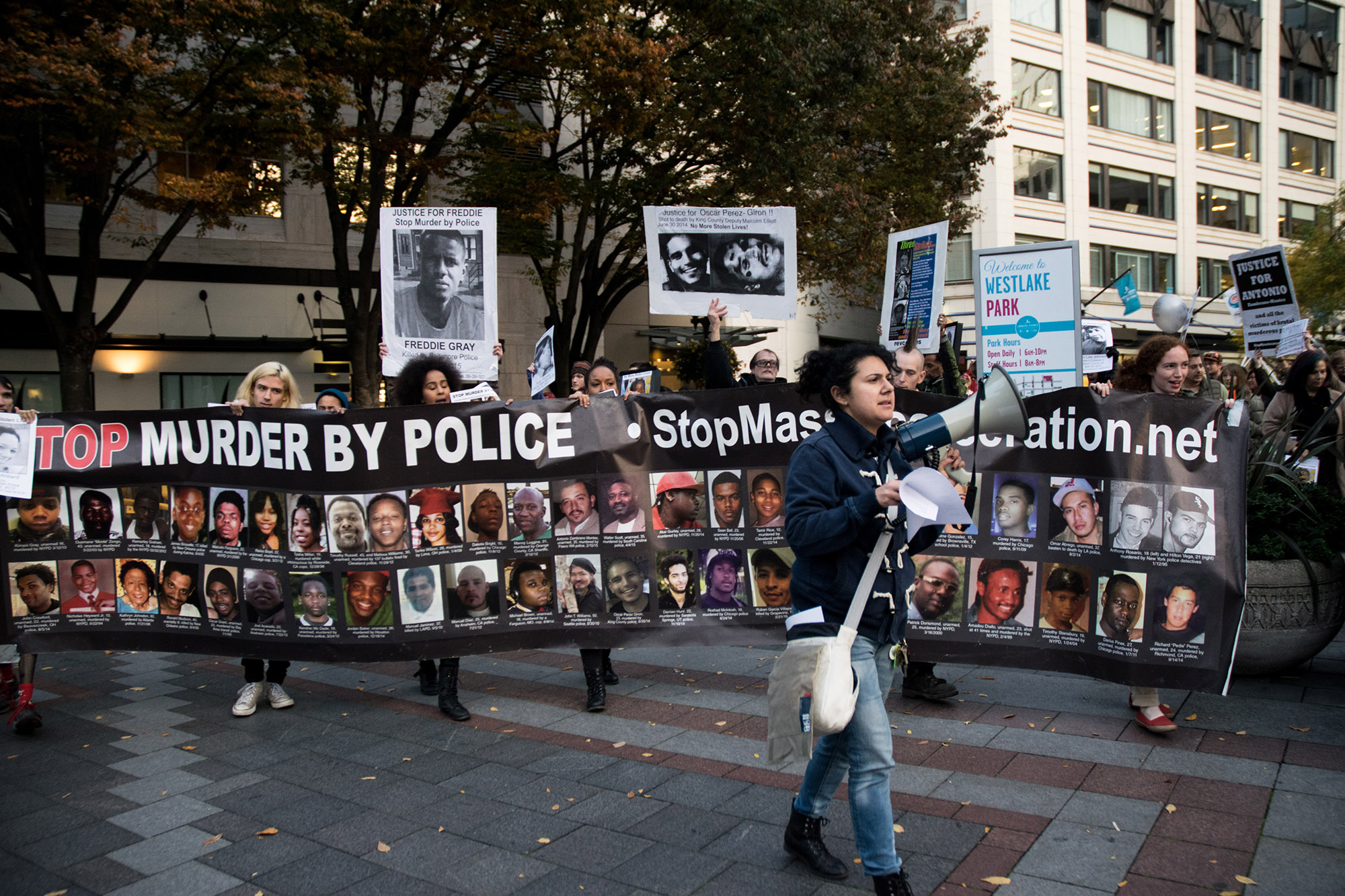 Demonstrators took to the streets, flooding the intersections and chanting the names of those on their posters.

Police on bikes surrounded the scene, silent to the outrage expressed by the protesters.

This is just one of many recent events associated with the #riseupoctober movement. Several Seattle U students participated in the protest.

Maggie Heights, a press representative and volunteer at Revolution Books for over 20 years, took part in the protest on Thursday. Heights is closely connected to what she described as the police terror movement.

“We are pushing the system back and saying this will not happen,” Heights said in reference to police brutality. “We are fighting politically because it is inhumane.”

Revolution Books, the organization responsible for putting together the Stop Murder by Police protest, had sponsored the event in hopes of bringing awareness to the number of people who have lost their lives at the hands of police officers.

“These protests show to families that we are here to be their support,” Heights said.

She stressed that besides changing a system which has been viewed ineffective, the main purpose of these protests is to call for justice for the families who have lost loved ones to a bullet or baton.

“How many more families have to lose someone before we realize this needs to end?” Heights said.

Heights explained that Revolution Books hopes to reach the public and help them figure out what they can do to help.

“People get comfortable. They don’t get it,” Heights said. “Look outside, go past your comfort zone. You can’t like this on your Facebook.”

Margo Lawks, another volunteer at Revolution Books, shared thoughts similar to that of Heights.
“It isn’t enough to be outraged by it,” Lawks said, “ Police terror has to end.”

This movement involves more than those affiliated and affected by the protests. A particular group that Heights highlighted was the Jesuits. Jesuits have had a history of being involved with anti-war movements and other groups that have the underlying purpose to help those who are receiving injustice.

Father Patrick O’Leary, S.J., who has been a part of the Jesuit community at Seattle University for 10 years, said that though the community hasn’t played a real part in the development and work of the Stop Murder by Police movement, he recognized that students at Seattle U have begun to get involved on their own.

“You have the energy, and vision, to effect change,” said Fr. O’Leary.

The Seattle protest was one of many, as the #riseupoctober movement has spread nationwide. The movement calls, not only for the recognition of the human destruction caused by police brutality, but also for justice and action. The largest marches took place in New York City on Oct. 22, 23 and 24, with big-name attendees such as Cornel West and Quentin Tarantino.

Fr. O’Leary said he believes that if students care enough about the movement, it will take off. Pointing specifically to initiatives on campus such as in the Black Lives Matter and Moral Monday efforts, he sees students as important
voices in these matters.

“Students have a lot of influence, power, and have always played a popular role in movements,” Fr. O’Leary said. “I think they already have started change.”