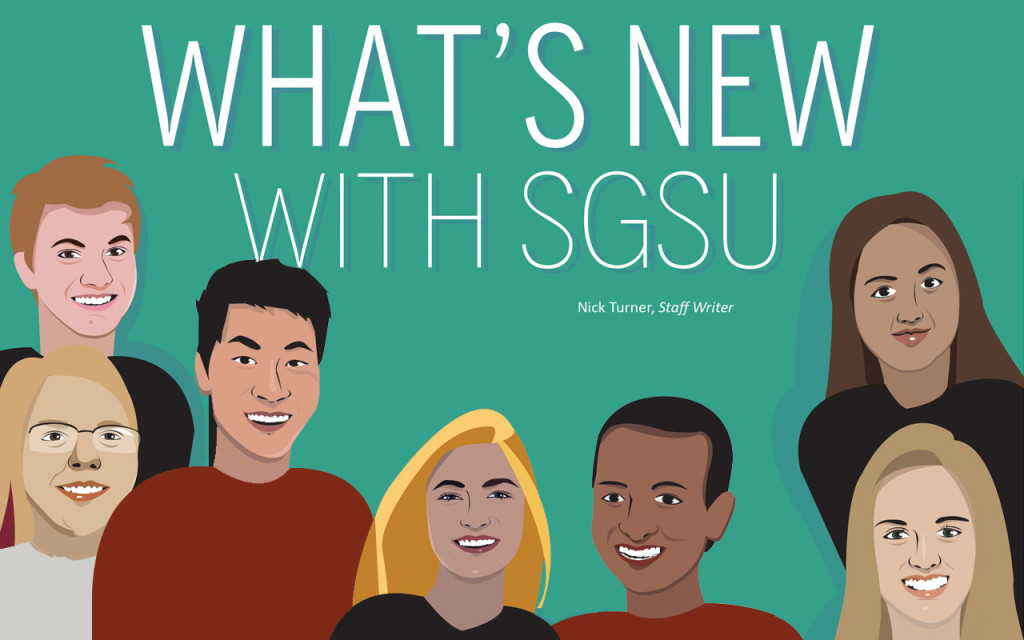 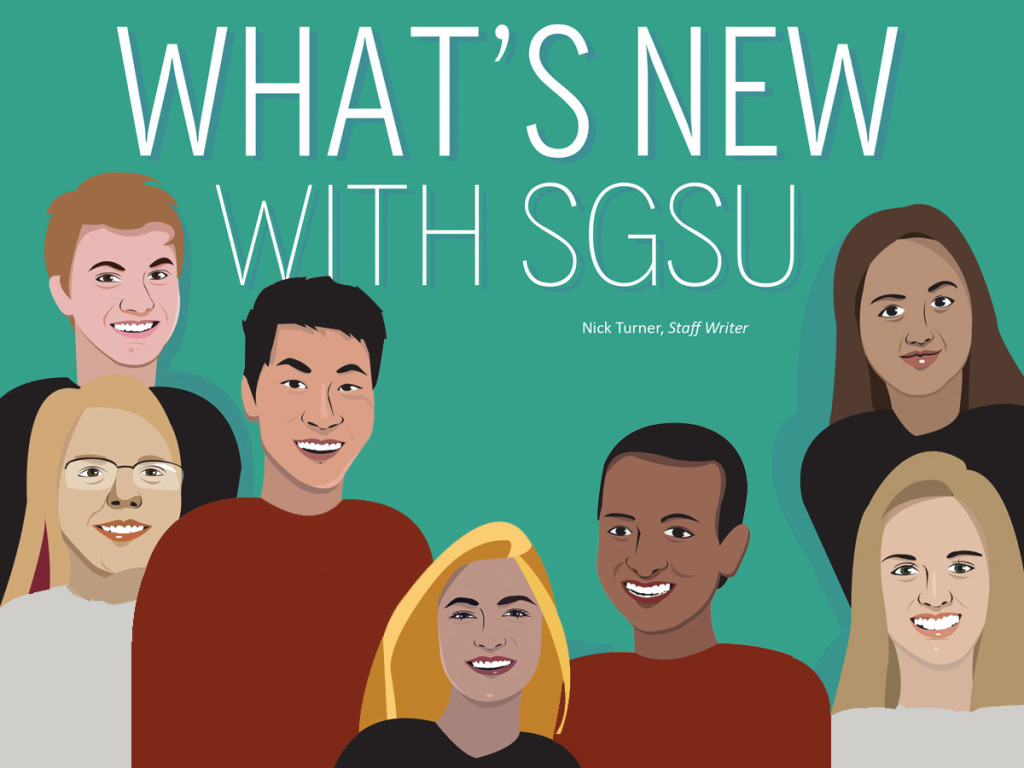 Illustrated by Emma Fried • The Spectator

The votes are in, and the Student Government of Seattle University has announced its seven student body representatives for the new school year. Some of these students are new to Seattle U, and some are in their third and fourth years, but they all share a common goal: give students the best college experience possible. 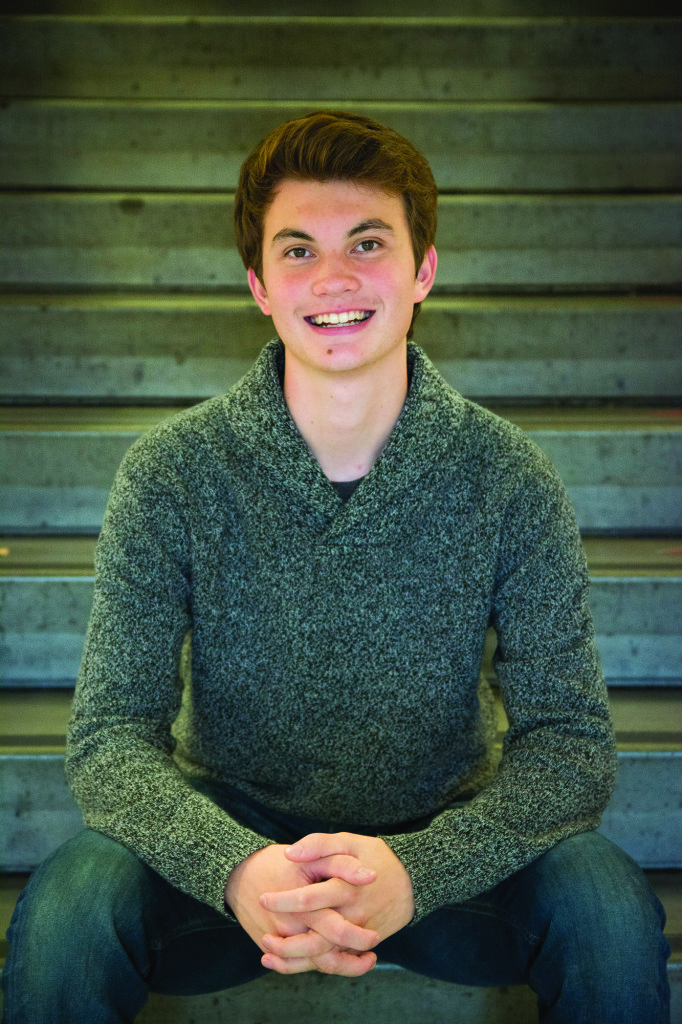 As one of this year’s newly elected First-year Representatives, Christopher O’Dore will serve as a voice for the Class of 2019. He was born and raised in Hong Kong, China, and moved to Bellevue, Wash. in 8th grade. Like many freshmen, O’Dore has only lived in Seattle for a few weeks. He knows that college can be overwhelming, which is why he wants to help his peers become involved in the community through experiences like club activities and sporting events.

I’ve been trying to really spread myself around and experience new things,” O’Dore said. “And I hope there’s a better way to spread news about events so that students can pick and choose and find the things that they’re passionate about.” O’Dore plans to major in both finance and accounting, which he hopes will lead to a career in investment banking somewhere overseas. To him, college is a time for adventure, and he wants to share that experience. “I hope I’ll be able to build a connection with different communities within SU that I may not have known about,” O’Dore
said. “And try to help them out the best I can.” 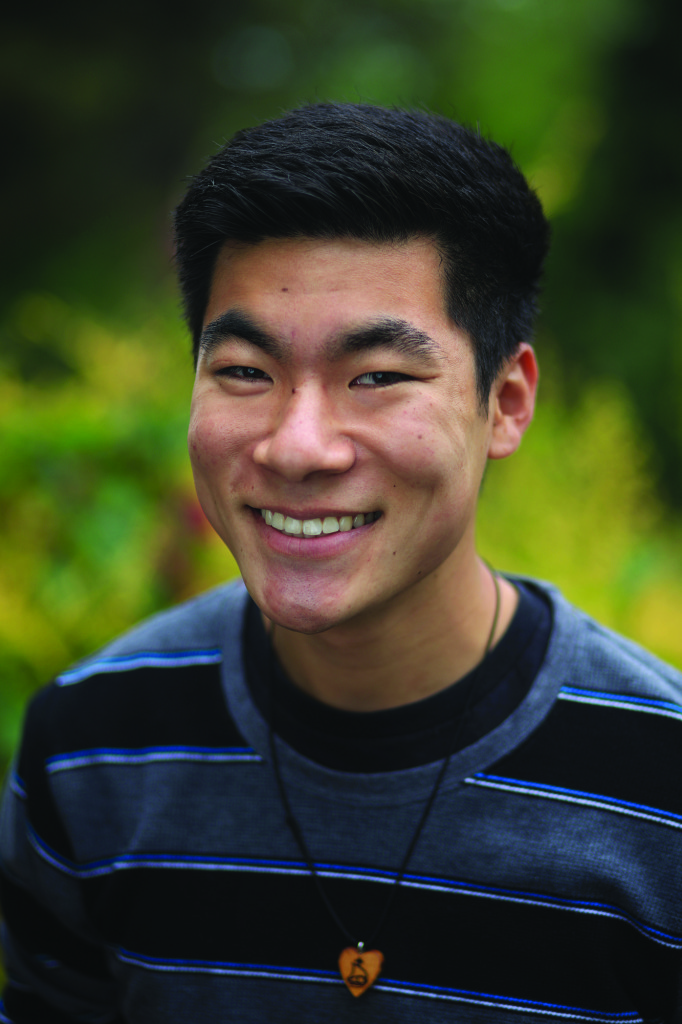 For the second year in a row, Jordan Murakami will serve SGSU as Transfer Student Representative. During his first term, he said he noticed an inequity between the transfer student life and first-year student life.

A transfer student himself, Murakami wants all incoming students to have access to the same resources and opportunities. Above all, he wants to make the transition seamless for transfer students coming to Seattle U.

“I’m a transfer student myself, I’ve gone through the process, I know how they think,” Murakami said. “The needs for transfer students are more diverse than the needs of traditional students. Transfer students range from someone like me, who is considered traditional, to someone who has been going to school all their life, or even a veteran. There is just so much more variety.”

Murakami went to community college before transferring to Seattle U last year as a junior. His orientation was minimal, he said, and not as helpful as he would have hoped, which is why this year he wants to focus his efforts on revamping orientation for incoming transfer students. 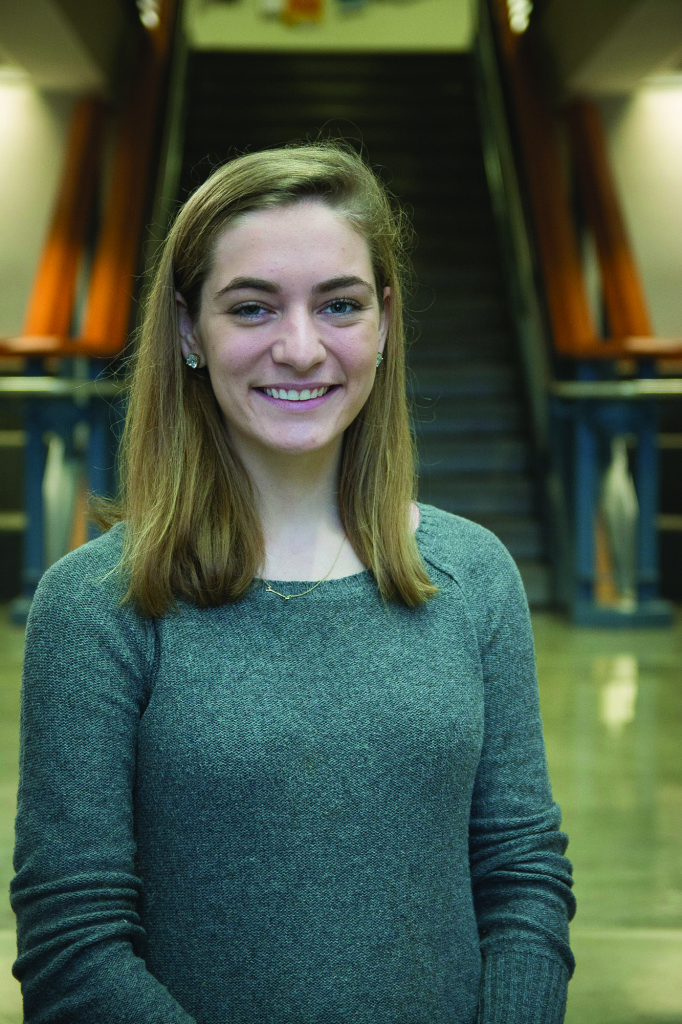 Kate Hannick, also elected to be a First-year Representative, will be working alongside O’Dore to make sure members of the incoming class start their college careers with a good year. She said she wants to help students find what they need to make the transition as smooth as possible.

“I wanted to be a person who was approachable,” Hannick said. “And able to listen to their concerns and ideas and help them figure out the right path, or help them find an answer or a solution to whatever they were dealing with.”

Hannick is well-versed in school politics having served four years both on her high school student council and with Youth and Government through the YMCA, both at the state and national level, back in her hometown of St. Louis, Mo. Her number one platform, she says, is inclusivity.

“Classes are going great and I’ve been trying to get involved in new things,” Hannick said. “I’m really excited and humbled by the opportunity. I’m pretty pumped. It should be fun.” 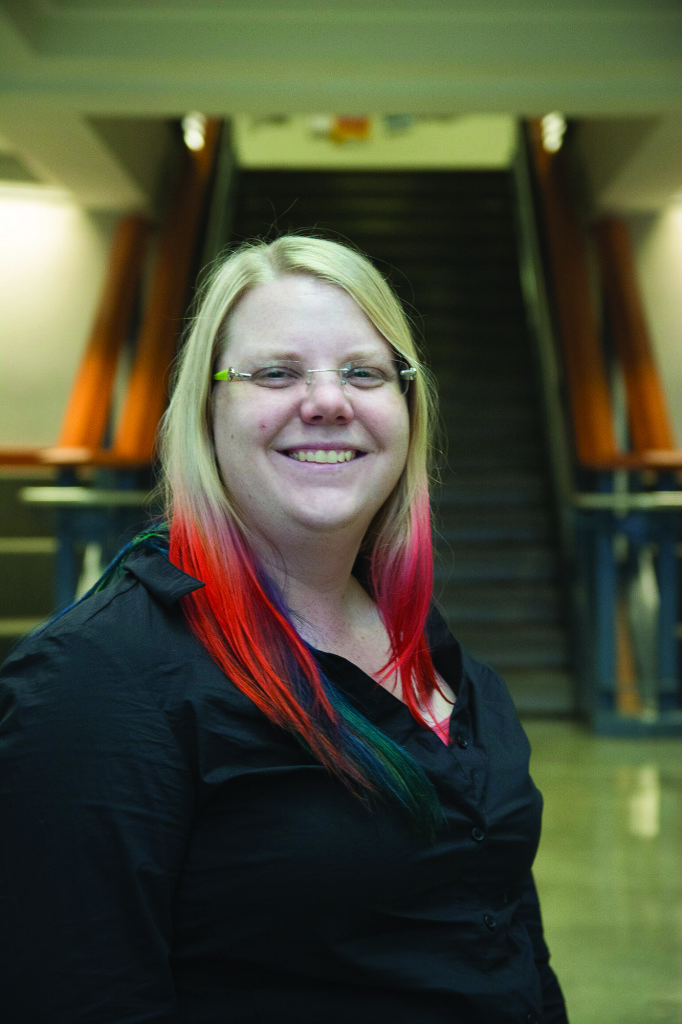 Randi Reed, a 27-year-old veteran studying mathematics, will serve as this year’s Non-Traditional Student Representative. Reed served in the Navy from 2008 to 2013 out of Everett, Washington, here she went to community college for two years before coming to Seattle. Reed thinks that the veteran population at Seattle U—almost 200 students total—deserves more support.

“Most people don’t realize how large the veteran population is. Most of them don’t come forward and offer up the fact that they are veterans unless they’re asked or the situation requires it.”
According to Reed, there are many different types of non-traditional students. To be considered nontraditional, she said, a student must be over the age of 25, have served in the military, or be a parent.

“I believe that our job, as part of SGSU, is to make sure that all students are taken care of,” Reed said. “The first thing I’ll do is try to figure out what the students need.” 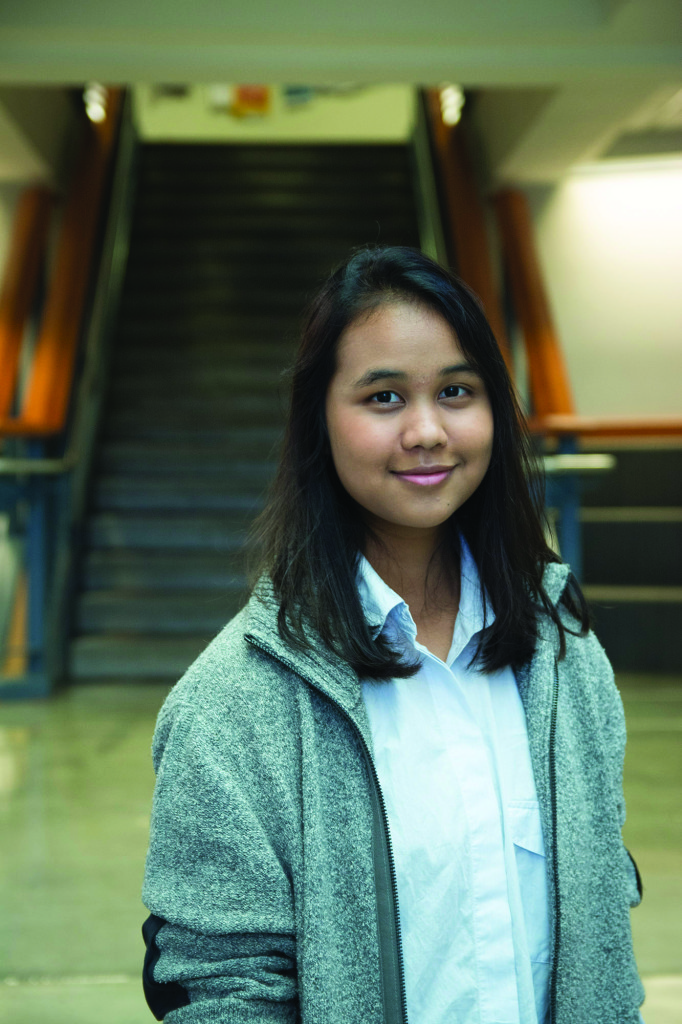 Keziah Abigail, a junior international business major and economics minor, will serve this year as International Student Representative. When she came to Seattle more than two years ago from Indonesia, Abigail felt excluded from the community at Seattle U. She intends to take advantage of her new position to make sure that no more international students go through the same experience.

“We are part of the minority on campus,” Abigail said. “We come from different cultures. I have ideas so that, as a community, we can be more inclusive. What I want is to have a community that is supportive of one another.” Abigail has communicated with staff in an effort to organize programs meant to help international students become more involved in the community. She understands how hard it is for students to find help, which is why she will try hard to approach students proactively.

“I’m not perfect, just like any other human being,” Abigail said. “But I listen to people and I will try as hard as I can to meet the needs of students. My goal is create a community that is
supportive and inclusive and loving towards each other, and I want to be able to create a space for students to do that.” 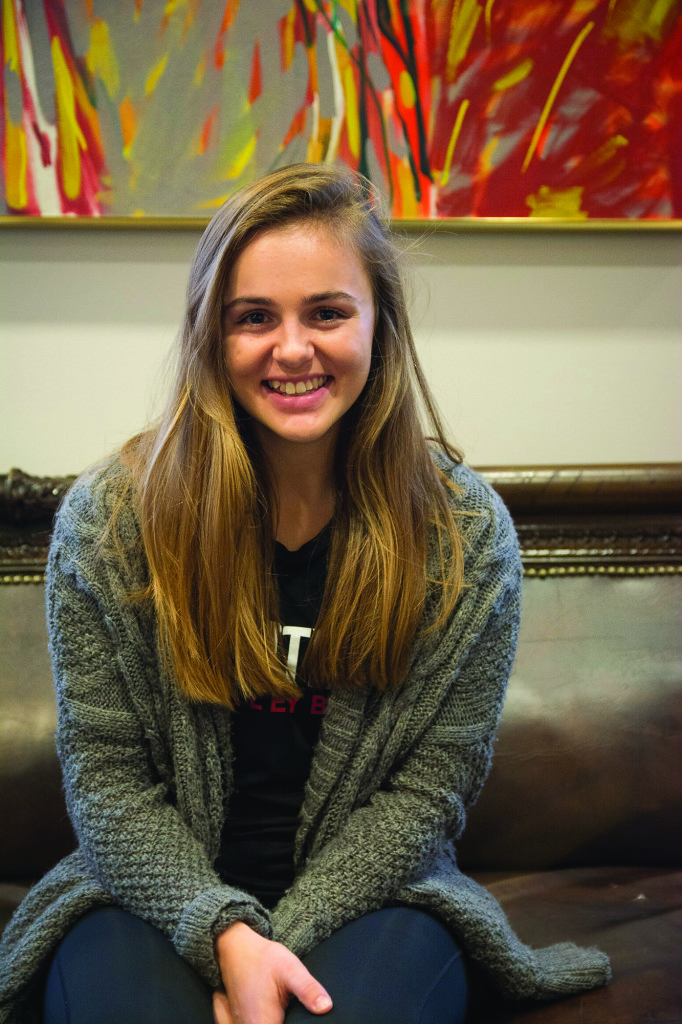 Claire Johnston, a sophomore environmental studies major, will be this year’s Athletic Student Representative. As an athlete herself Johnston believes her personal experiences will enable her to deal with issues brought up by student-athletes at Seattle U.

Many of them, she said, have trouble managing their time and leaving their team to mingle with other non-athlete students.

“We spend so much time with our teams, we’re very comfortable with them,” Johnston said. “We don’t feel the need to reach out to other people who are not athletes. In a way it can be a struggle if you only have your team and you don’t have any other support system in the school.”

Johnston’s answer to this issue: more school pride. To raise spirits, Johnston wants to hang a large poster in the Student Center that clearly displays the schedules of all Seattle U sport teams. That way, she said, students can easily find out when games are, who we are playing against and at what time.

“I just want to make the experience that students have here fun and memorable,” Johnston said. “We all want the best experience here. I’m going to do whatever it takes to make this time the best time of their lives, as athletes and as students.” 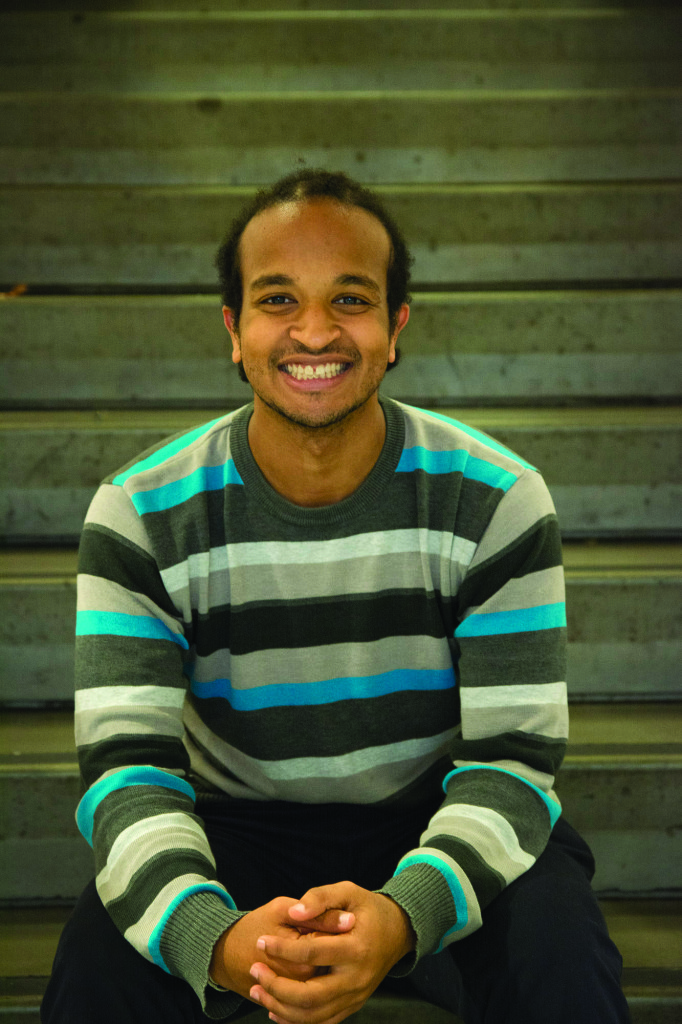 Jonathan Fikru, a political science major in his fourth year at Seattle U, has been elected to serve as At-Large Representative of the student body. His main goal, he explained, is to help students become more informed about what changes are being made to the school by top level administrators. He believes that there is a gap between the administration and the students, and he intends to spend his time in office trying to bridge it.

“I want to figure out which information is inaccurate and eliminate the misinformation,” Fikru said. “There’s so much being said on current campus issues from both sides. I want to make sure we’re all on the same page.”

According to Fikru, students are hesitant to reach out to SGSU. He wants to make himself—and the organization—more accessible to them by hosting open discussions, forums and “ice cream socials.”

“The term ‘student government’ has this formality to it,” Fikru said. “I think that almost hinders it. If you have a question or an issue, please come to me, because I care about what you need.”

PHOTOS BY NICOLE SCHLAEPPI • THE SPECTATOR