After a seven game road stretch, the Seattle University Women’s soccer team returned to Championship Field with an emphatic 5-0 win over the University of Texas Rio Grande Valley.

The Redhawks had been held to draws in two of their first three WAC conference games, but head coach Julie Woodward was pleased with her team’s offensive production against the Vaqueros as five different players made the score sheet.

“The first half was a little bit frustrating—I think we just couldn’t get a hold of the ball,” Woodward said. “I was just more impressed that they took the coaching points to heart and we did a better job in the second half. We had more patience, we were a little bit better keeping possession—which led to a few of those goals.” 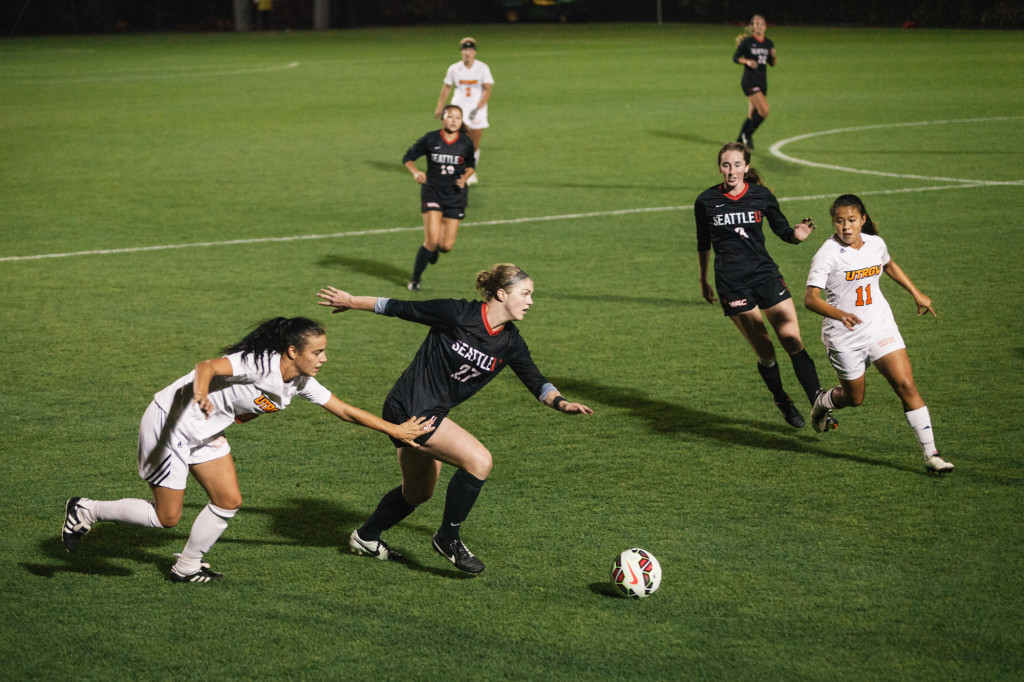 Kiana Kraft, who latched on to the end of Karli White’s cutback to tuck home, began scoring in the 29th minute. Kraft, who began the game at right back before moving into central midfield, began to pull strings and open up the UTRGV backline. The redshirt junior scored her first career goal just two minutes later with a lovely dipping left footed shot as she set up Sarah Coluccio. Kraft’s ingenuity propelled the Redhawks into the lead after a defensive start from the Vaqueros, who lacked conviction in possession and posed little threat going forward.

Woodward was quick to praise Kraft after a stellar performance.

“She is probably one of the most technical players on our team. I think a lot of times we start her in the back just because she is such an incredible defender. But the first half we struggled a little bit connecting and offensively we moved her into the midfield and all of a sudden we have two quick goals,” Woodward said. “And I think that is the beauty of Kiana—she is very versatile and really helps us when we do push her to the midfield.”

In the 55th minute Kelly Beck met Stephanie Spiekerman’s free kick at the far post to score her first goal of the campaign. Another Redhawk opening up their account for 2015 was Hope Fleckner, whose strike in the 65th minute put Seattle U up 4-0.

Seattle U dominated possession and outshot the Vaqueros 17-1. Woodward was pleased with the shutout and accepting of a game situation that meant her players could look to improve offensively.

“I always enjoy having our backline tested, but I actually think as a team we need to get better when we’re not under a lot of pressure. I think when we’re put under pressure we do a pretty good job of doing things at game speed,” she said.

Seattle U followed up Friday night’s performance with a solid 3-0 victory over New Mexico State. The Redhawks will host Cal State Bakersfield on Friday, Oct. 16 at 5 p.m.