Genius Abounds at the Frye as Exhibit Opens 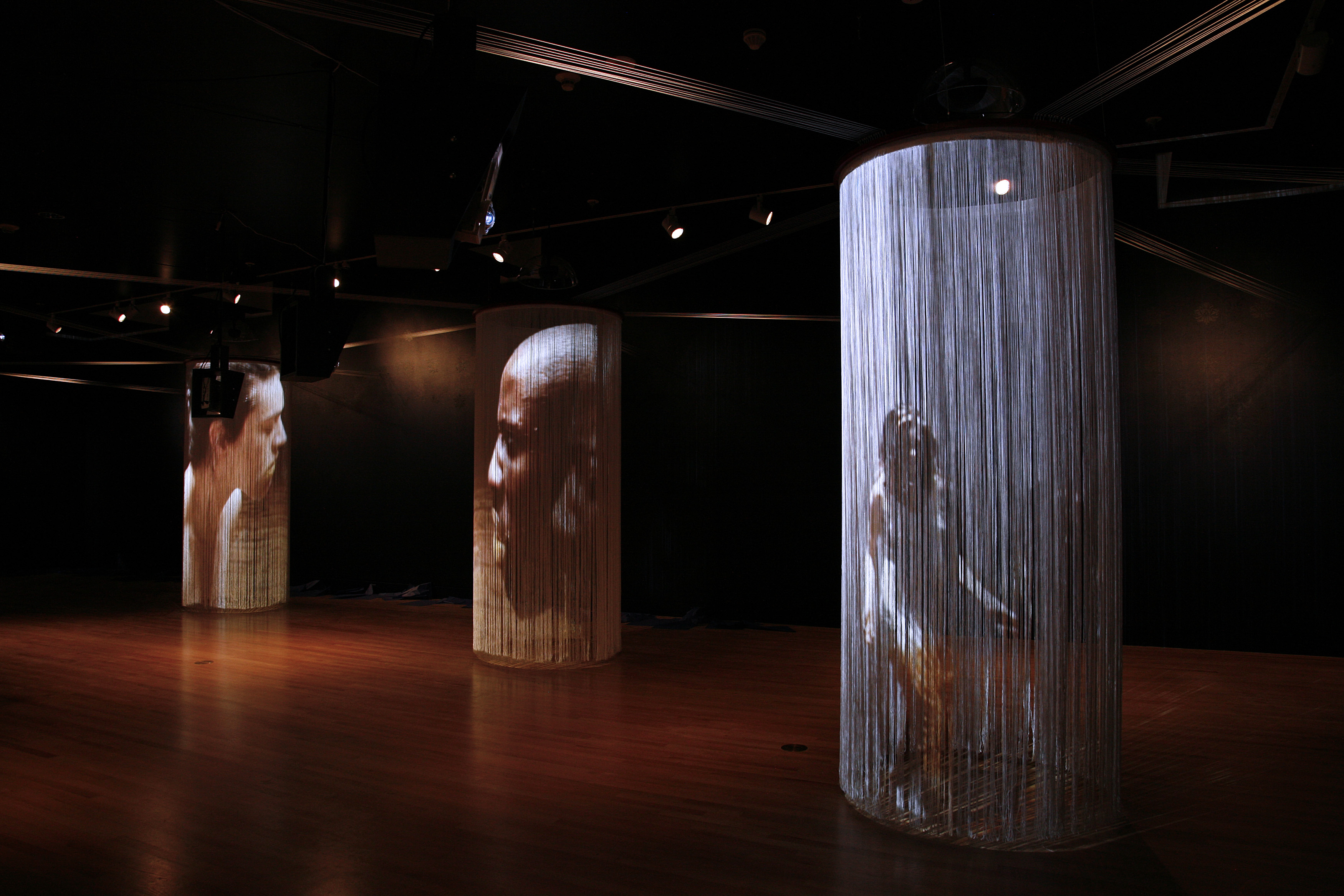 I’m sure you’ve passed by the Frye Museum—maybe on your way downtown—or perhaps you’ve actually gone in and sampled the eclectic mix of art. While small, the Frye has been voted as the best museum in Seattle, as well as one of the best free museums in the country—and they aren’t letting that success get to them. Over the next 16 weeks, the Frye will play host to an ambitious new exhibit titled; Genius / 21st Century / Seattle.

Boasting over 65 artists from every discipline of the arts including filmmakers, painters, writers, dancers, photographers and many others, the exhibit is unlike anything before it. Over its four months in circulation, each month, day and even hour will be completely different. There is nothing static about this exhibit—it is in constant evolution, always changing, even before your eyes.

Forty events will occur during this time, some of them unrehearsed. One installation in particular shows several circular tubes made of cords hanging from the ceiling with dancers projected onto them. The artists, Zoe Scofield and Juniper Shuey, will actually perform the routines from memory, something that makes Scofield “very nervous.” The installation plays with the idea of memory, nostalgia and “What is tied up in the memory of physical, sensual experiences.” Their dance will show the difficulty of evolving, allowing change to occur. Scofield and Shuey will perform four live routines over the duration of the exhibit but they will also hold impromptu performances.

Jo-Anne Birnie Danzker, who is both the director of the Frye, and a co-curator of Genius 21 along with Erika Dalya Massaquoi, feels that the exhibit is not only a platform for presenting art but “A project in itself.” The exhibit caters to Seattle artists—including Sherman Alexie, whose writings punctuate the walls throughout the gallery—but it is also for all of its citizens.

Massaquoi goes more in depth with the challenges and aspirations of the project. It isn’t just another art gallery to walk through and look at the paintings; it is one that is fully “immersive.” She wants attendees to “feel what’s happening.” Full viewer immersion is helped by numerous timely themes that are packed into the artwork such as climate change, rapid commercialization and racial equality. But Massaquoi doesn’t just want to portray these themes, she wants to “take risks and advance the issues.” The pieces serve as conversation starters.

One exhibit is a film that, according to artist C. Davida Ingram, shows the “subjectivity and narrative conventions through nonlinear storytelling and the ersatz interviews with artist Fanon Brown and art critic Decca Jones, along with a dreamscape of black female subjectivity ascending unfettered.” It addresses the issue of racial inequality through art.

Over the past couple of decades, Seattle has undergone significant changes in social and political issues, as well as an ever-growing range of cultural expressions. That is why Massaquoi and Danzker thought that now was the time for the exhibit. Massaquoi explains that, “Genius provides a huge platform for artists to be loud,” and many of the works represent powerful, unique ways to tackle some of the hotbed issues that affect both Seattle and the rest of the world.

It is appropriate that the very first thing viewers see in the exhibit is a time-lapse video shot over four months out of a window in downtown Seattle by Victoria Haven. The camera does not move, but instead shows the movement of the city—its constant growth upwards and outwards. By showing us the physical growth of
the city upfront we are able to see less of the physical changes in the art, more of what the city, and what change means to them personally through free-flowing arts and a revolving gallery of pieces.

This exhibit aims to start difficult conversations and shine a light on contemporary life, both in Seattle and abroad. Genius 21 opens on Saturday September 26, and will run until January 10.