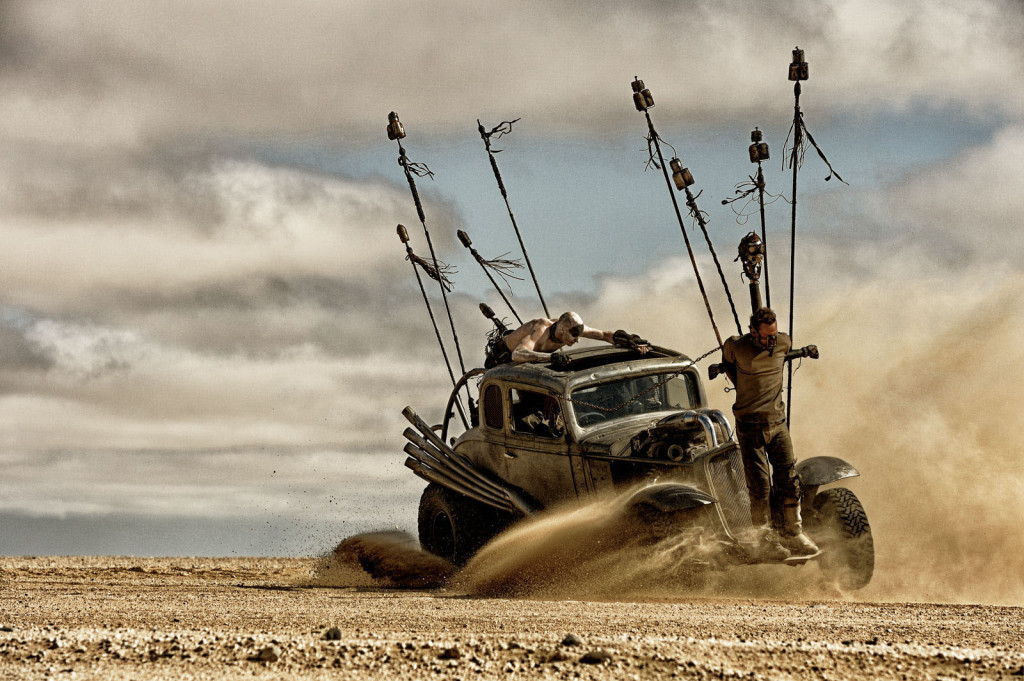 There’s a special kind of beauty that is portrayed in “Mad Max: Fury Road”—the beauty of insanity. From its pulse-pounding opening to its hourlong car chases and its absurd, desolate wasteland, “Fury Road” grabs you by the waistband and yanks you into a post-apocalyptic action movie that is exceedingly fresh and chaotic among cookie-cutter blockbusters—and it hardly ever slows down to let you catch your breath.

After 15 years in so-called “development hell,” George Miller’s “Fury Road” is finally upon us. Originally planned in 1999, the fourth film in the continuing saga of “The Road Warrior”—a series depicting the adventures of a mysterious drifter originally played by Mel Gibson—faced years of financial setbacks and troubles in getting this quasi-sequel/reboot off the ground. “Fury Road” not only acknowledges the history of the titular character, but also brings the series to an entirely new generation of moviegoers.

The film follows Max (Tom Hardy) as he assists Imperator Furiosa (Charlize Theron) in attempting to free the enslaved “Wives” of Immortan Joe. Immortan is the ruler of the “Citadel”—the capitol of the region which is left nameless—and he does not take kindly to having his prized possessions being taken away from him. So naturally, he sends his entire army after them.

From the opening moments you know you’re in for a real show. Considering that most of the two-hour movie takes place behind the wheels of an impressive array of motley cars, you might think that it would get pretty boring—but you’re wrong.

There are moments in “Fury Road” that are pure cinematic bliss, which need to be seen to be believed. Miller is a wizard at providing the twisted and gorgeous carnage, and perhaps even more so considering that an estimated 80 percent of the film was actually practical effects and not CGI. These are action sequences that you are not likely to forget for a long time.

The only downside comes when the action subsides just long enough to tell a story, and after being so used to fast-paced movement, the static moments feel a little jarring.

Though this is not entirely a performance-driven film, each character is imbued with a sense that they are living and breathing in this crazy world. Hardy deftly picks up the rough and quiet demeanor left by his predecessor while also putting his own spin on the character. He grunts and nods his way through scenes, only speaking when it is absolutely necessary. His wife and kids, who were taken from him in the original film, are seen in hallucinations spurred on by his PTSD, giving him an extra layer of depth.

Charlize Theron, though she is missing an arm, gives Scarlett Johansson’s Black Widow a run for her money as most butt-kicking heroine of the year. Her character is the strongest in the film, and could even be considered the lead.

She makes up for whatever physical limitations she may face with pure determination and care for the girls she is trying to rescue. This is far different from most male-dominated action movies these days, which tend to always show the damsel in distress. While there are indeed damsels in this film, a fierce and compassionate woman is saving them—and occasionally Max—from certain death. The result is a genre-subverting film that reminds us that heroess come in all shapes, sizes, and genders—and that should not be forgotten so easily.

And then there is Nicholas Hoult, who is hardly recognizable as Nux, the War Boy hot on the trail of Furiosa to impress Immortan Joe. His character has the most interesting arc, but I won’t spoil it for you.

“Mad Max: Fury Road” is a chaotic, insane adrenaline rush that is already the best thrill-ride of the summer. With three more sequels supposedly on the way, “Fury Road” is an excellent way for you to acquaint yourself with the glorious world that Miller has crafted over the last 36 years. So hop on in and buckle up—I doubt you’ll be asking “Are we there yet?” on this road trip.