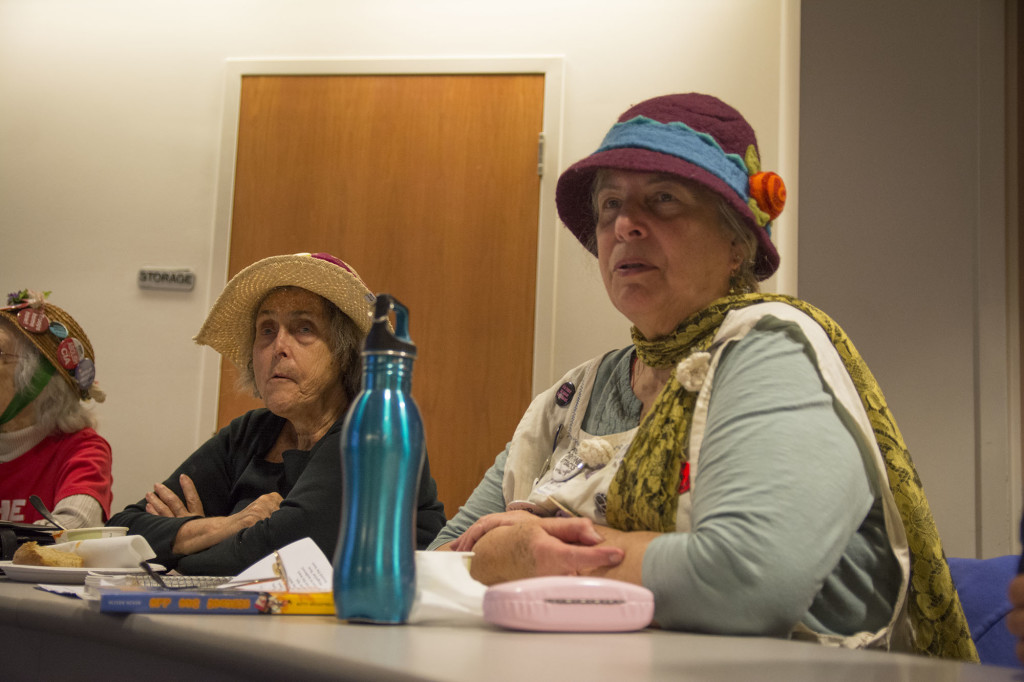 Hundreds of environmental activists gathered early Saturday morning in life vests and kayaks to protest Royal dutch Shell in Seattle’s Elliott Bay. The group of activists gathered to voice their disapproval of Shell’s plans to resume oil exploration in the Arctic and keep two of its drilling rigs stored in Seattle’s port. The activists demonstrated their concern about the impact of fossil-fuel consumption on climate change and to show their disapproval in the Port of Seattle’s decision to host the rigs.

The sHell No! Action Council, a coalition of local and regional activist organizations and affinity groups, organized more than 200 kayaks and boats in what has been dubbed a “flotilla” to fill Elliot Bay and surround the massive 300 foot tall drilling machine that was parked in Terminal 5 of the Port of Seattle, late Thursday afternoon.

Delaney Piper, a junior and member of Seattle University’s Sustainable Student Action (SSA), participated in the day of action this weekend as a “kayaktivist” in the flotilla on Elliot Bay. She spoke to the group’s motivation to prevent the movement of the oil rig to the Arctic. 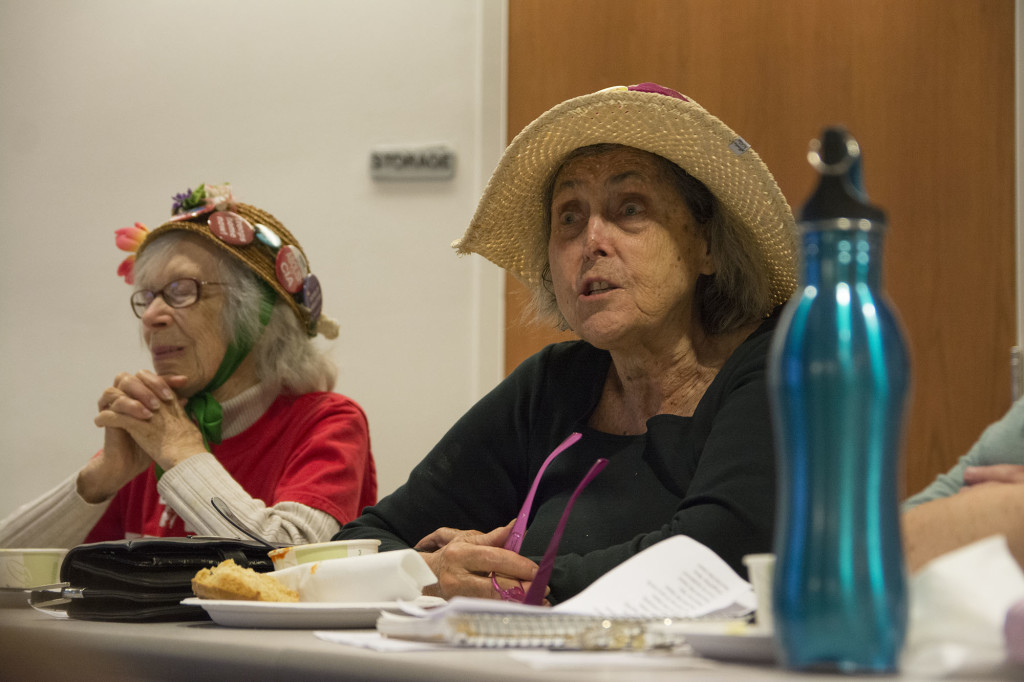 The Ragging Grannies, a group of women who protest for the environment, shared the stories of their involvment with Shell No.

“We are hoping to kick off the latest escalation in the campaign to save the arctic with the clear statement that Seattle residents do not consent to this project,” Piper said. “We are against the decision by the Port Commissioners and we will put our bodies on the line to halt drilling in the arctic because it is insane to consider it amidst overwhelming climate
change science.”

Seattle resident and activist Zarna Joshi explained that the purpose of the flotilla was not to prevent the rig from coming in to Terminal 5, but “letting them know they are unwelcome.” He called the protest a “festival of resistance” aimed at tarnishing the image of Shell Oil and preventing operations at the terminal that the drilling rig is moored. Ames Fowler, a senior and member of Seattle U’s SSA also took part in the flotilla and kayak rental registration booth with sHell No! Action Council, on Saturday “to hurt the image of Shell, and cost them money,” and to “also bring national attention to the drilling of the arctic.”

Piper spoke of her love of the environment as the motivation for her efforts this weekend.

“I am motivated by my love for Seattle and my hope that we can be a part of the thin green line being drawn in the Northwest to keep fossil fuels in the ground,” she said.

On Saturday, the flotilla made its way up the Duwamish river to get as close to the rig as they could without breaking the 100 feet required buffer zone of the drilling machine.

“I’m angry that Shell and other fossil fuel companies continue to ignore scientific decisions in the pursuit of money. I also am excited to be a part of a diverse coalition in this weekend,” Piper said.

Consisting of paddleboards, sail boats, kayaks and flags representing a grim message that is associated with the drilling in the Arctic, the flotilla created a wall of color and sound in Terminal 5 to draw attention to the injustice.

Armed with little more than paddles and signs demanding “CLIMATE JUSTICE NOW,” groups like the Raging Grannies took to the waters to spread the word and have fun doing it.

“I do this for my children and my grandchildren, and having a lot of fun,” said one of the Raging Grannies. Along with the flotilla protest, sHell No! also hosted a day of mass direct action on Monday at the Duwamish Channel Fishing dock in Seattle. The group had an entire day of nonviolent action to prevent operations at Terminal 5 and the Shell rig.

Non-seattle residents have a somewhat different view about the drilling.

“[Alaskans] are either really pro-drilling because of the revenue and because of the Alaska Permanent Fund(APFC),” said Seattle U sophomore and Alaska resident Jada Tuggle. She discussed the differing views of the community and the complexity of their opinions in Alaska. The exploratory drilling by Shell Oil brings obvious benefits that must be considered, such as how it effects the APFC, which sets aside a certain share of oil revenues to continue benefiting current and all future generations of Alaskans. The APFC annual dividend payouts in 2014 was $1,884, a number that can be expected to continue to rise if Shell begins operations in the Arctic.

“They are either really for it, or really against the drilling because of the effects on the environment,” Tuggle said.

The oil rig is expected to be moored in Terminal 5 for the next few months. During this time it is expected to undergo maintenance and equipment upgrades before beginning its mission of exploratory drilling in the summer. Along with the day of direct nonviolent action, the sHell No! Action Council will be hosting many more events leading up to the scheduled departure of the drilling machine, more information can be found at www.shellno.org. The group hopes to interrupt the operations on the machine long enough to prevent Shell from being able to start their operations at all because of
weather concerns.