SU Theatre Invites You to a Spring ‘Picnic’

Through a snapshot of 1950s Midwest America, we can see ourselves: our insecurities, our desires, our confusions and our frustrations with societal expectations. A play that features all of this and more, William Inge’s “Picnic” is a moment from the past that connects to both our present and our future.

This weekend, the Seattle University Theatre Program is transporting its audience back to the 50s for their own unique production of “Picnic.” 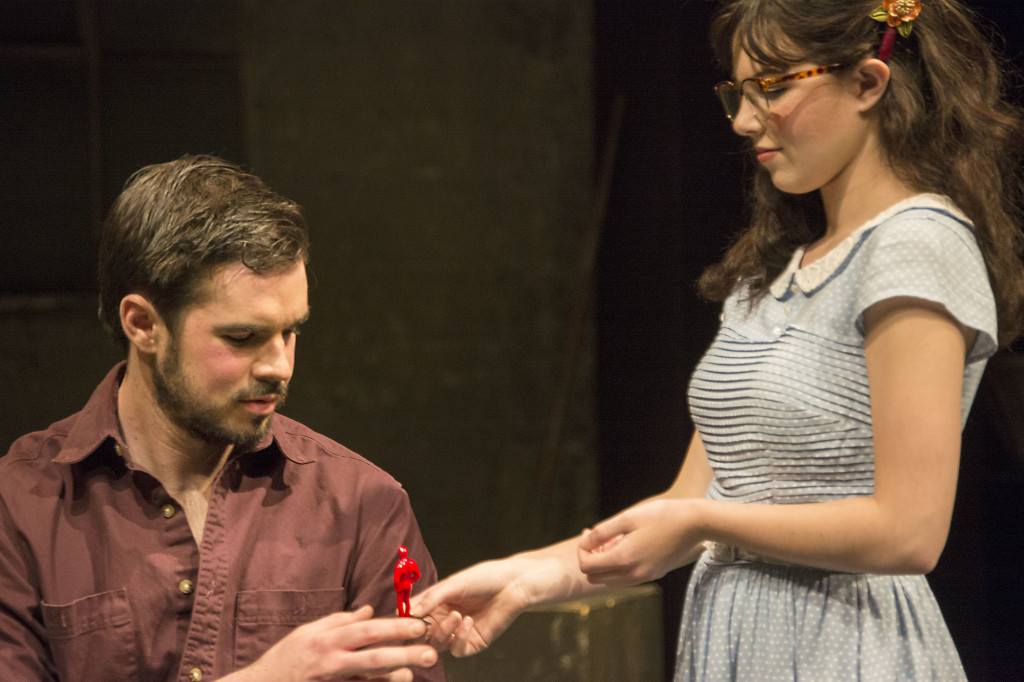 Written in 1953, the play takes place in a rural Kansas town, and revolves around the events of a neighborhood picnic. It follows the lives of characters young and old, rich and poor, but they all have one thing in common: each of them is somehow lost in the confusion of where they belong in life. Throughout the play, we see whether they want to follow the path that has been laid out for them. 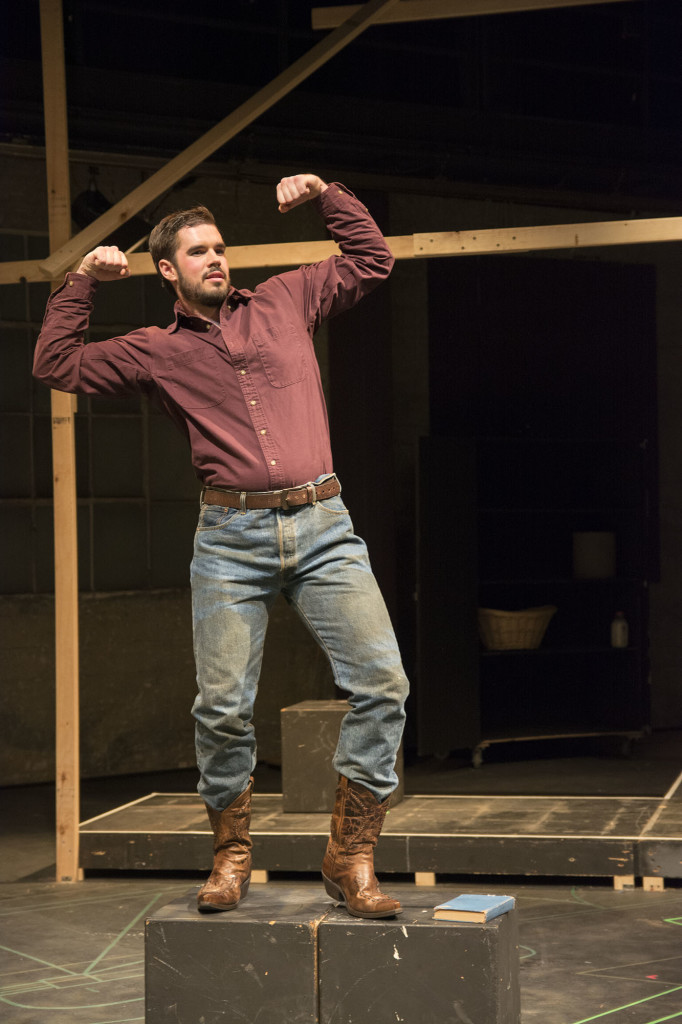 The director, Fine Arts Department Chair Ki Gottberg, said the play also gives a feminist perspective in the midst of a male-dominated culture.

“In this rural town you get this sort of microcosm of women who are trying to figure out where they fit in society,” Gottberg said.

The play takes place before the feminist movement of the ‘60s, but these feelings were beginning to brew.

Gottberg noted that the play shows us many of the classic American archetypes: the single mother, the nerdy little sister, the beautiful girl, the privileged young man and the poor but exciting male rebel. However, throughout the play we are able to see the human side of these timeless characters, and how they may fit into, or try to break free from, these stereotypes.

Madge, played by freshman theatre major Lizzie Aguirre, is the ‘beautiful young woman’ who struggles with her sense of value. Her mother is pushing her to become involved with a rich man in town, and she relies very heavily on her appearance throughout the play.

However, when the footloose and fancy-free Hal, played by graduate student Sean Anderson-Branowitzer, arrives in town, he serves as the beginning of a break from the societal boundaries that have been set so heavily.

“Hal is a catalyst; he starts things. The way that people react to him determines a lot of action in the play,” Anderson-Branowitzer said.

The play has many themes, including romance, gender roles, desires and how we either follow or choose not to follow the path that is expected of us. Even though the play takes place in the ‘50s, the major topics it tackles are still relevant today.

“It’s about how things used to be and how far we have or haven’t come, and how free or unfree we may still be,” Anderson-Branowitzer said. “The social expectations of Americans were shifting, and people started to want different things than their parents had. [The play portrays] the conflict between those new emerging desires, and the desires of the past.”

Anderson-Branowitzer is a first-time actor, and says working on the play was a great experience.

“It seemed like it would be a great challenge and a fun time, and I think I was right on both counts,” he said.

And although the final play may look seamless, getting the production together was no small feat.

“It’s a huge time commitment,” Anderson-Branowitzer said. “[We] rehearse six days a week, between four and five hours a day.”

Aguirre also noted that it was an emotional process. Connecting to a character that is so vulnerable can take a toll.

“It’s too real,” she said. “You really relate to every character … It’s really easy to just put yourself in that situation.”

Aguirre recalled a situation during rehearsal where her character cries with her mother. The two actors began to actually cry in the heat of such a vulnerable moment.

“I’ve never been a part of anything so real,” Aguirre said.

They hope the audience will be able to feel the raw authenticity of the performance.

“We all worked really hard on this production and I think it’s going to show,” Anderson-Branowitzer said.

As to what the play teaches us, Gottberg said “it depends on the viewer.”

Each person may take something different away from the performance, but she hopes that everyone is able to enjoy and be entertained by it.

“This play is able to speak to a moment in time in the past, and to this moment today.” Anderson-Branowitzer said. “It manages to speak from the past to the present in a way that’s truthful.”

“Picnic” previews Wednesday, May 6 and opens Thursday, May 7 at the Lee Center for the Arts. Performances are May 7-16 at 7:30 p.m., excluding Sundays. Matinee performances are at 2 p.m. on Sunday, May 10 and Sunday, May 17. Preview tickets are $5, and regular showings are $6 for students, $8 for faculty and staff and $10 for the general public.