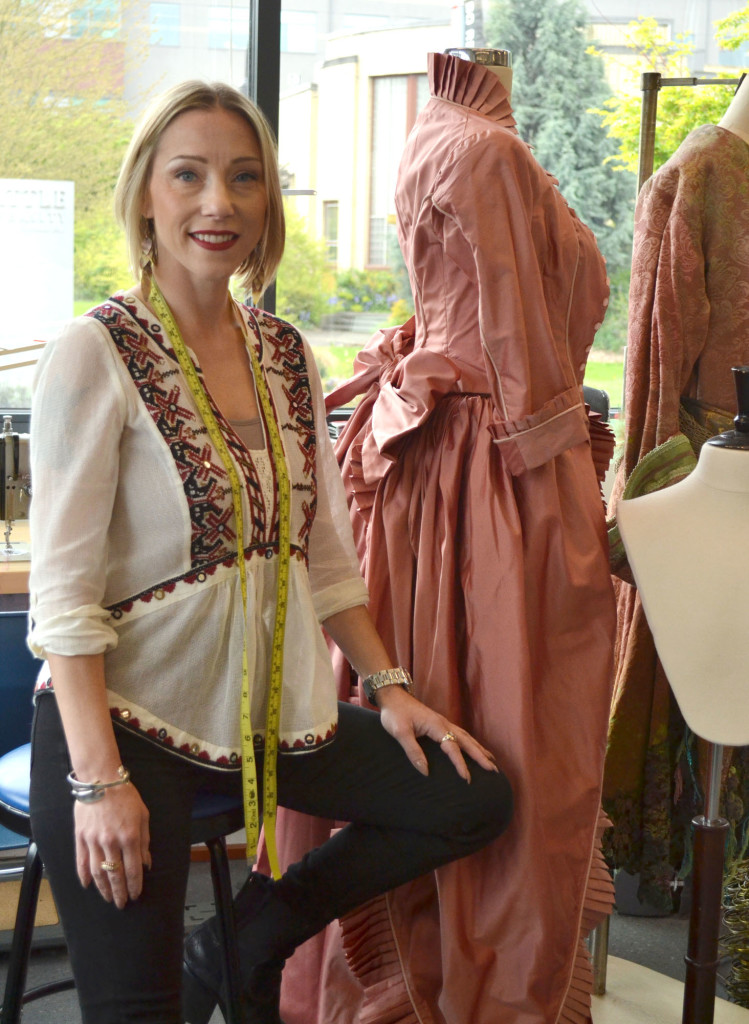 It’s hard to listen to Jacques Brel’s music without being touched by the haunting solemnity floating in the lyrics—even if you don’t understand French.

Brel was a hugely influential Belgian singer-songwriter who sang with a whole lot of heart, engaging each song passionately, sweat pouring down his face as he belted his ballads.

And though the late Brel passed away nearly 30 years ago, his influence is still very much alive. ACT Theatre and 5th Avenue Theatre are currently showing “Jacques Brel is Alive and Well and Living in Paris,” a collection of nearly 30 Brel songs, performed one after another by a cast of five.

It’s not a play, and it’s not really a straight musical either—it’s something in between. The lights, setting and costume changes throughout the production help to string together a loose narrative.

Brel began composing after World War II, and almost every one of his songs offers a distinct social commentary on the ways of the time. For the Francophone world, he became an icon seemingly rooted in social critique.

This aspect of Brel stood out in the ACT’s production—visually, it became clear that his lyrics delved into feminism, class wars and the political turmoil of post-war Europe.

But despite the political context in which Brel wrote, there is a universality underlying all of his lyrical themes. Yes, it was war-torn Europe, but through the depiction of these songs, it was clear that it could have been war-torn Anywhere.

The base costumes of each actor were composed of contemporary pieces—if you saw any of those people walking down the streets of Capitol Hill, you wouldn’t suppose for a second that they were in a play. They are you, they are me.

And though Brel wrote and sang in French, all but one of the songs performed in the production are translated to English. For the English-
speaking audience member, this presents an unfortunate trade-off: In English, you can understand all of the words, but as with any translation, something is lost. It’s no surprise that the song sung in French is the one that best captures the essence of Brel.

That song is “Ne Me Quitte Pas”—Don’t Leave Me. The vulnerability of this line brings to the surface the thematic relevancy of Jacques Brel: His music is honest, sincere and, above all, relatable—no matter what the time period or political climate may be. Even past his death, Jacques Brel is alive and well.

“Jacques Brel is Alive and Well and Living in Paris” is showing through May 17 at ACT Theatre. Student tickets are $15 and are available online.
Q&A with Harmony Arnold The Spectator sat down with Seattle University Costume Design Professor Harmony Arnold, who designed all of the costumes for the production. 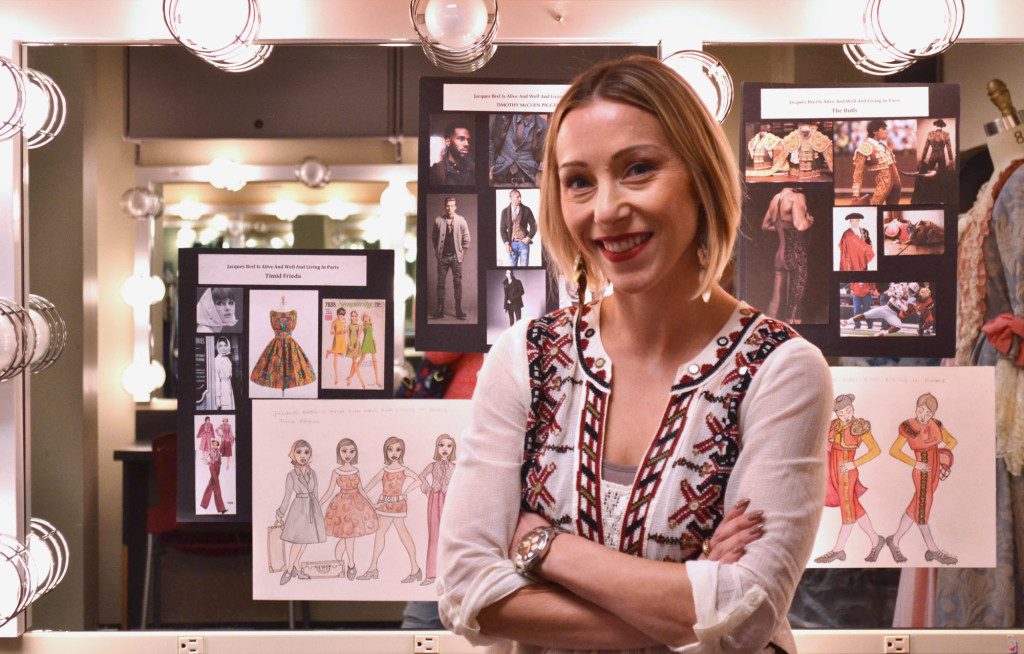 Costume design professor Harmony Arnold with some conceptual and reference art for the upcoming show at Seattle U.

Lena Beck: What was it like to work on the costumes for “Jacques Brel” and where did you begin?
Harmony Arnold: In a very broad sense, I began my process of designing the costumes with the director, David Armstrong, and then also in tandem with Tom Sturge who is the scenic and lighting designer … The three of us started very early on, months and months in advance, talking about Jacques, and listening to the music, talking through the lyrics and getting a sense for the overall mood, emotion and design of the entire piece.

LB: What was it like to design your costumes in collaboration with other pieces like the setting and lighting?
HA: Many of the big collaborative conversations happened about mood, style, color palette, sort of overall aesthetic, what the songs meant and how we wanted to portray these characters. Those really happened in collaboration with all of us. So when Tom would talk about certain angles or certain color palettes, then I would respond to him directly right in that meeting … It was an organic process.

LB: What elements of Jacques Brel and his music did you try to bring out in the costuming?
HA: When David offered me the job, I got a CD and I listened to the music … and I was thinking, ‘Wow these are 28 songs about generally the same thing. About life. And about living and dying and loving and regret and hope.’ … This [production was] so challenging because there are no written characters … It’s not a straight play, it’s a musical revue.

As a designer, generally the things that I’m attracted to are things that are new works, new challenges or something that is done outside the box. Those are the things I gravitate towards—even if it’s a classical piece that’s being realized in contemporary new ways … Not that analyzing a character isn’t also exciting, but this was just sort of a Pandora’s box that I hadn’t opened.

LB: The base costumes seemed very contemporary. If you saw any of those people walking down the street, they would just look like regular people.
HA: Yeah, David really wanted the piece to be contemporary … These are the people that we know, these are the urban bohemian artist types that could be found anywhere. They could be found in New York, or in LA, or in Seattle. They are who we are. All of these songs, every one of them, is about what has happened and what is happening still. They’re all about the human experience.