To Swipe or not to Swipe? Making Connections in an Over-connected Age 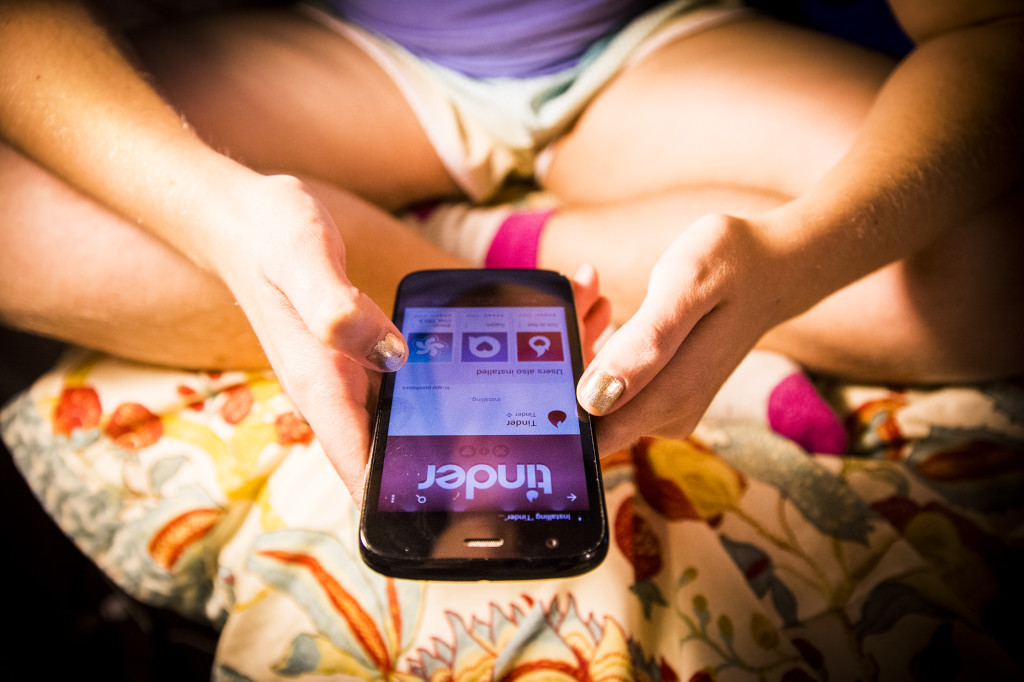 Alright, I’ll admit it. I use Tinder and OkCupid. There, I’ve said it.

A stigma seems to surround the use of dating apps, and it’s largely unmerited. Many people have a negative impression of Tinder as a sexually-fueled promiscuous train wreck of a thing filled with unsolicited genital photos and creeps. OkCupid bears a reputation of stalker stories and horrible first dates. Match.com is seen as the desperate, aging adult’s last-ditch effort to beat their biological clocks. Although some of the more extreme stories are often true, there is value in being able to use websites that enable connections one would have ordinarily missed entirely. In the age of technology, the way we date is shifting into a customizable, easy and ultimately successful world of match percentages and “likes.”

According to Pew Research Center, a study conducted in 2013 found that 11 percent of all American adults and nearly 40 percent of single adults have used some kind of dating application. Supposedly five percent of 18- to 25-year-olds and 11 percent of 26- to 35-year-olds have used dating apps. While those numbers may be modest, people are getting more used to the idea of logging into Internet matchmakers.

I started using OkCupid nearly three years ago and have been active on and off over the course of my time here at Seattle University. I’ve met many, many people and have remained friends with several, and dated a man I met through OkCupid for nearly a year. I recently downloaded Tinder and tried it out, too. It’s been an adventure so far—Tinder is shaping up be a lot cooler (and less filled with dick pics) than I originally thought.

Apps like Tinder, where a small blurb and a few pictures grab attention, are often used in younger groups because it’s simple and easy—little investment for a potentially big return.

“The apps take away that initial hesitancy … and you can talk to people. It’s very easy, very quick, which is why I think a lot of young people like it because we have short attention spans,” said senior biochemistry major Kim Foster.

At Seattle U, Tinder and OkCupid seem to be some of the top apps, both of which have features that allow users to “swipe” on profile pictures to accept or reject matches. Perhaps apps like these better serve our busy schedules—one look and we can determine who has a chance and who doesn’t.

Although this all sounds excellent on paper, there are always hitches. Humans will be humans. One of the first people I encountered on Tinder was a guy named David who had a single picture on his profile: a bank statement that had nearly a quarter of a million dollars listed. His blurb? “Trust fund,” followed by a string of emojis. Another man, TJ, sent me a straightforward message: “Do you like to dominate?”

Foster said that she gets a variety of messages centered around her race. As a woman of color, she feels like she’s almost fetishized on sites like Tinder. Among the weird messages and people, though, there are going to be good people who suit what you’re looking for; it just takes some filtering.

Foster met her boyfriend of eight months through Tinder unexpectedly. Although she was not actively looking for a boyfriend, she fell into a relationship.

Emma Izquierdo, a communications major graduating in the spring, also met her long-distance boyfriend through Tinder. William Harry, who graduated last quarter with a degree in international studies, has been dating his current girlfriend for two months from Tinder as well. Tinder has been the start of many successful relationships, so why is there still such a stigma?

According to Harry, it’s because people don’t often realize that regular people use the dating applications.

Although he still feels a little weird admitting he met his girlfriend on Tinder, he also says that being able to meet so many people via Tinder and OkCupid has enabled him to open up socially and be more comfortable with talking to new people—another added bonus to using dating sites.

Izquierdo doesn’t feel weird admitting she met her boyfriend on her cell phone.

“I think it’s all in how you feel about yourself. I don’t care what people think about me and my interactions. Some people meet their boyfriends or girlfriends or spouses through like a drunken one-night stand, or a bar, or a party,” Izquierdo said. “I mean, some people used to be like, ‘Wait, what?’ But nowadays, it’s like, the norm. And due to the way technology is, in all honesty, it works for us.”

Some experts have addressed Tinder’s addictive nature, its ability to encourage promiscuity and how it caters to millennials’ obsession with social media popularity and validation, but many angles seem to miss the heart of why people use Tinder to begin with: it gets people talking, dating and mating.

Alyssa may be reached at [email protected]