Time Out Sessions with Kristen James 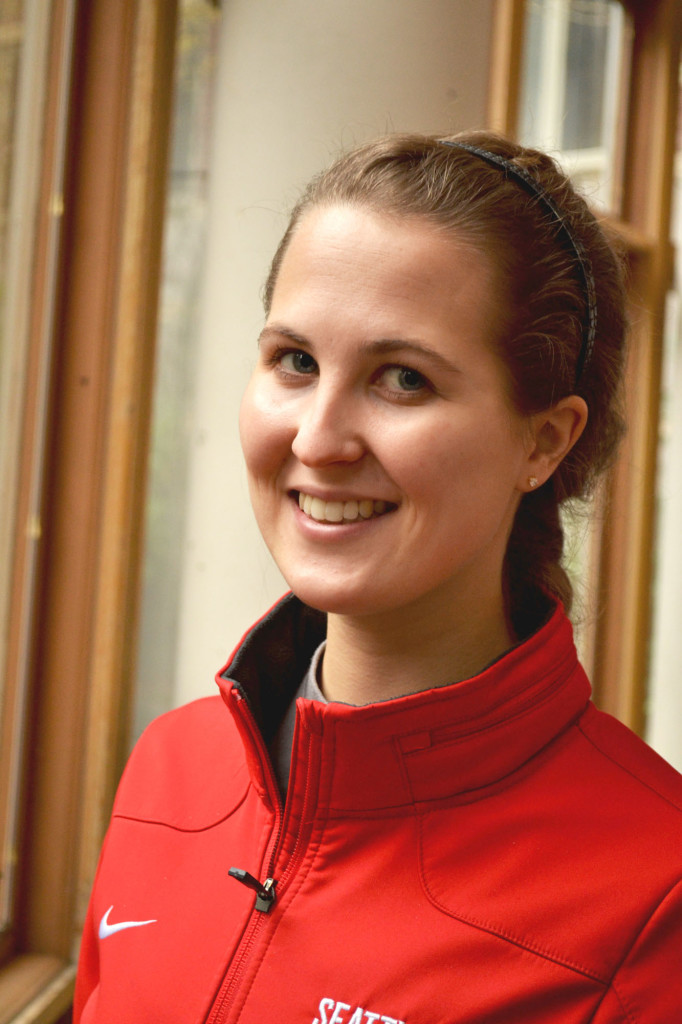 Kristen James began playing tennis at the age of 12 and now finds herself as a junior in college and co-captain of Seattle Univesity’s tennis team.

“Starting at age 12 for any sport is really late, so I was behind the curve for a long time,” James said. “But I really wanted it, so I would spend weekends at the country club hitting the ball by myself.”

While spending time at the country club, Kristen would practice hitting the ball off of a brick wall near the pool. Eventually the club’s tennis pro took notice and offered to teach her lessons.

“He is probably my most prominent coach that has taught me the most things about tennis,” James said. “I still have a good relationship with him today.”

Prior to taking up tennis, Kristen played soccer and swam as child growing up in her hometown of Lubbock, Texas. She was unable to continue with soccer in middle school as it was no longer offered at the school and her parents weren’t comfortable with the amount of travel that club teams had to do.

Now playing in her third year of college tennis, Kristen is the oldest member on the Seattle U team as the only junior.

“This has been my favorite year so far,” James said. “We have really come together as a team and are out there playing for each other, not ourselves. I think that has come across in the results we have had.”

Although Kristen still has one more year until graduation, it is never too early to start thinking about the future. Kristen is studying biochemistry and will likely be continuing her education in medical or graduate school.