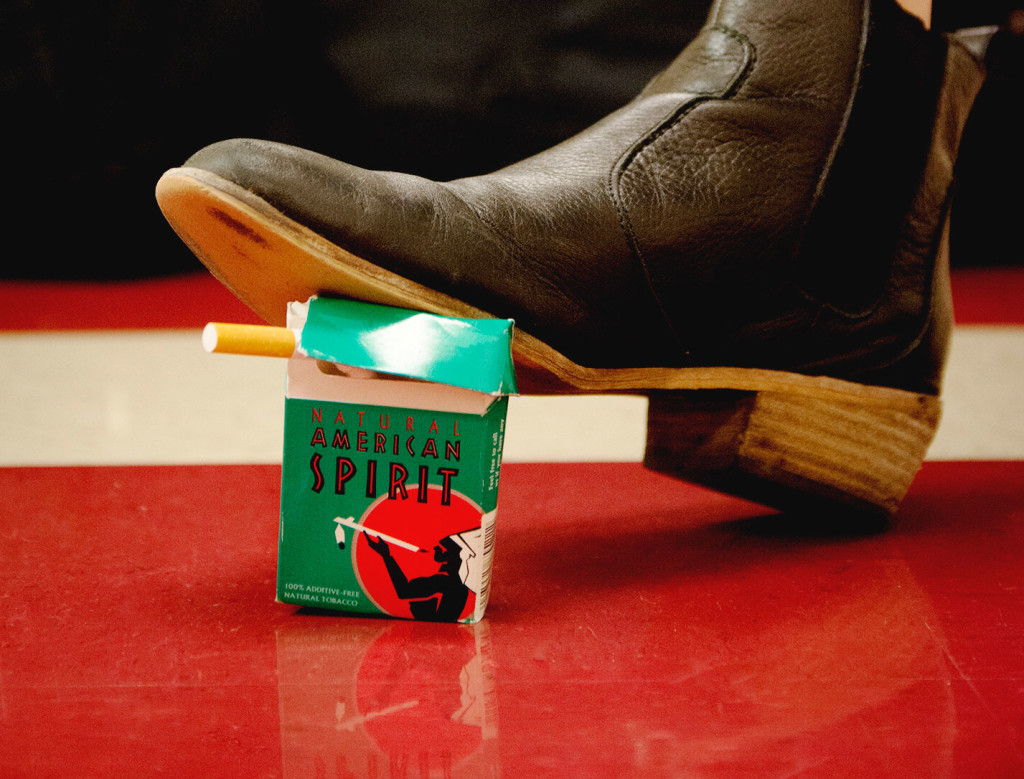 Many years ago, some say as far back as the high nineties, there were whispers that Seattle University would be banning smoking from campus.

When pot was legalized, I imagine smokers must have exhaled a sigh of relief (and some other stuff, maybe), thinking to themselves that if weed was safe, so too must be tobacco. But wait, what’s this? Weed isn’t allowed on campus? Blasphemy! Now tobacco use is once again under fire on campus, probably for the last time.

On July 1, Seattle University is going tobacco-free. The campus move has been in the process of being passed for about three and a half years, and in that time the Student Government of Seattle University took strides towards prohibiting the use of tobacco products on the Seattle U campus.

It is a volatile issue, given that students have perceived Seattle U’s campus as smoker friendly for some time. The contention caused the initiative to linger in stasis in SGSU, but, as of the 2015-16 academic year, Seattle U will undergo a cultural shift, instituting a prohibitive policy on all tobacco use, ranging from cigarettes, to chew, to non-nicotine replacement therapy devices.

The movement began in earnest during the 2011-2012 school year when Austin Richmond, a non-traditional student and SGSU representative, took the matter to SGSU as a public health concern. The fruits of his labors were a lasting relationship with King County Pubic Health, and more importantly, the introduction of a campus discussion that has not died since Richmond introduced it to Seattle U nearly four years ago.

In 2013, SGSU encouraged student’s to participate in a one-day tobacco free campus trial to “see what Seattle U could look like without tobacco.” However, the day saw little or no reduction in on-campus smoking. There was even some vehement opposition from law students, according to reporting by the Spectator published the week after the one-day trial.

Then two years ago,former Student Body President Nicole Gaddie, along with then-Vice President of University Affairs Mason Bryan, reached out to the Graduate Student Council (the governing body for graduate students) and the Student Bar Association (the governing body for law school students). All three bodies then decided to work together on the issue while continuing a partnership with KCPH and several marketing campaigns around campus.

Eventually, the decision to continue exploring the possibility of a tobacco-free campus was brought to the student body. In a school-wide vote, the students elected to feel out this prospect even more.
The collaborative effort across three bodies of student governance and a number of leadership changes resulted in the formation of the Tobacco Free Campus Exploration Committee—an ad hoc committee under SGSU containing members from GSC and SBA, as well as some faculty and staff. Nicole Gaddie, who graduated last year, spoke to the work TFCEC has accomplished since she was a member. “Everyone who worked on this project through the years has worked so hard to see it through [and has]committed so much of their time, thought and work,” said Gaddie. “People often have an agenda, so to have unification and a commitment to long-term progress through unification is really special.”

Following the presentation by TFEC to the President’s Cabinet. the group of top-level administrators considered the information, but ultimately decided that more statistically significant data reflecting on-campus opinion on the issue was necessary before a decision could be made. Tasked with gathering data on campus opinion, TFCEC set about gathering data to compile into a statistical analysis of student opinion regarding on-campus tobacco use.

For graduate students, the committee found that 32 percent of graduate students surveyed support a tobacco free campus, while 64 percent favored a stricter policy on tobacco, not a prohibitive one.
The numbers reported by the School of Law were not deemed “statistically relevant,” given that only 5 percent of the population responded to the survey, but those numbers were also in the report presented by the committee. According to TFCEC, 90 percent of law students surveyed opposed a tobacco-free campus policy, and the SBA formally opposed a smoke tobacco free policy on campus.

Following the vote at the President’s Council, it was generally expected that the campus would go tobacco free. However, at the time, little seemed to come of the fuss. This was due in large part to a series of final steps SGSU had to take in order to complete the process.

Two presentations were given to Academic Assembly (the governing body of faculty on campus) and the Dean’s Council last quarter, both resulting in positive votes for a tobaccofree campus.
What followed was a proposal asking Seattle U to a) choose a date to implement the initiative, and b) that an implementation task force be assembled to push the process through to completion.

Supplementing the statistical data was an argument for improved student health.

“Broadly speaking, people across campus are in favor of more restrictive tobacco policies,” said Ryan Hamachek, director of Wellness and Health Promotion at Seattle U. “But there is still opposition. [At open forums] what we hear is mostly concern for rights … but what this argument doesn’t consider is the community impact tobacco use has. Ultimately, the reason that I think this is a positive change for university is that it errs on the side of health, wellness and lifelong success for our students.”

Other concerns being expressed consider the safety of smokers and their displacement off campus, given the perception that parts of Capitol Hill are dangerous. There is also concern over the enforcement of the policy and that creating a culture of judgment or shame with regard to tobacco use. All of these concerns were outlined in data presented by TFCEC.

It was decided that as of July 1, Seattle U will become entirely tobacco free. The implementation task force, still being assembled, will be responsible for seeing this initiative to its implementation, through cessation programs and added communication. Hamachek will serve as the chair of this task force, with Sype serving as a student representative.

“Right now, Ryan and I are assembling a roster of individuals that will serve on the task force,” said Sype. The task force will consist of individuals from a multitude of university organizations—among them Student Development and Facilities, for example—in an attempt to complete the process in the holistic manner that has characterized the rest of the effort.

“There is some physical infrastructure stuff that will be important. Also, some sort of signage, so that visitors to campus know that we are a tobacco-free space,” Hamachek said. “And then there is the policy side of things. We have to define ‘campus,’ because we’re in an urban environment. Then, we have to determine what response will look like.”

Some of this will be a sort of cultural shift away from tobacco use on campus, said Hamachek, with one of the most important elements being tobacco cessation support—that is, support for smokers trying to quit.

“[Smokers] are the people that need to be most considered in this process,” said Hamachek. “How do we maintain this sentiment of an inclusive campus, a welcoming environment for everybody with a policy that prohibits the use of tobacco? But what I’m able to see through my lens, is that, what I’m hearing people say in that also, is that they’re speaking from a perception most frequently. The student perception on campus is that 75 percent of students use tobacco on a monthly basis, while 12 percent use tobacco on a daily basis.”

This perception, according to Hamachek, leads students to believe that, even if they don’t smoke, a prohibitive policy would impact nearly all of their peers, when this is not the case.

“That’s the only reason that I think the perception versus reality information is really helpful, because I think that people generally want to care for one another,” said Hamachek.

Starting at the beginning of the next academic year, Seattle U will be entirely tobacco free. The class of 2015 will be the last graduating class allowed to use tobacco products on campus. And next year will be the first time in several years that the issue of a tobacco free campus will not be on the docket for SGSU.

Mason Bryan, mentioned in this article, is a managing editor and the copy chief of the Spectator.