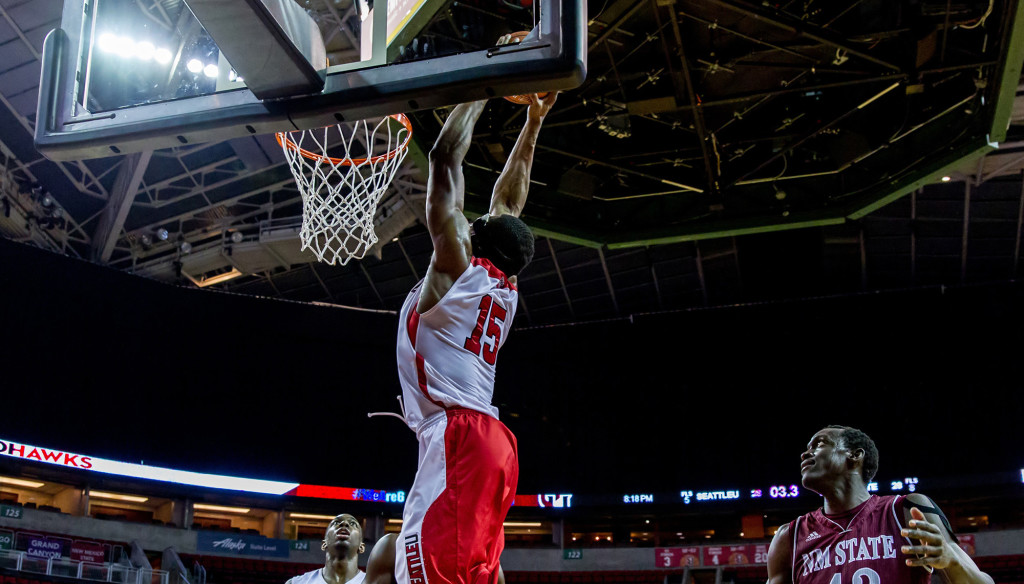 The Seattle University Redhawks took down the New Mexico State Aggies, 58-52 on Saturday night. It was the first win over the three time defending WAC champions, since Seattle U joined the conference in 2011. Jarell Flora led the way for Seattle U with 16 points followed by Will Powell with 14 and 11 from Shore Adenekan. Flora and Powell combined for 13 boards
as well.

“They’re the gold standard,” said Head Coach Cameron Dollar. “They won it three times in a row, you want to beat them any time you can.”

It was a narrow score throughout much of the first half with the lead never exceeding six. Isaiah Umipig’s four point play got things going and gave Seattle U a 9-6 lead five minutes into the game. Ball movement was key for Seattle as they attacked the Aggies’ zone with 17 of their 23 made field goals coming off assists. 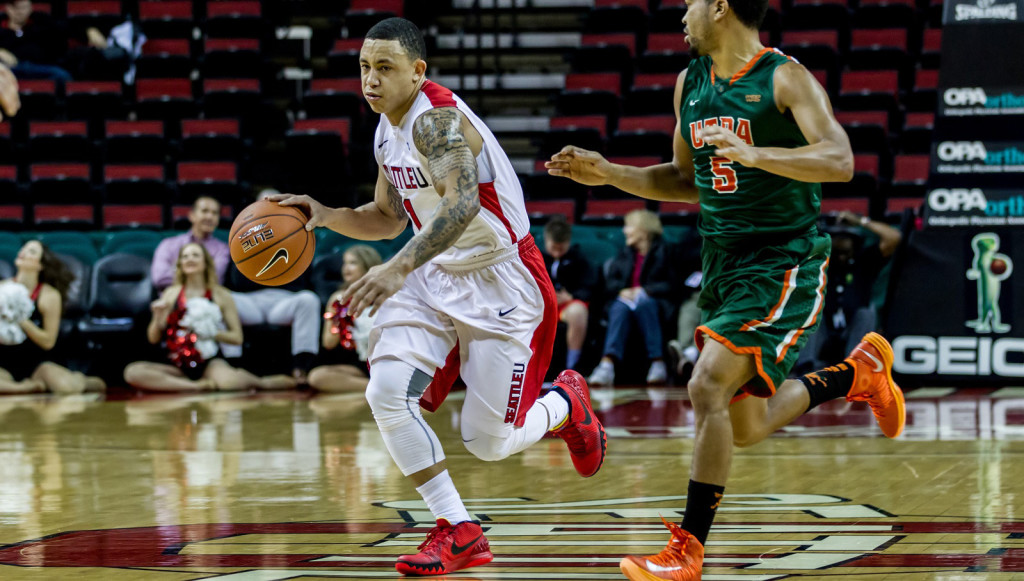 Down 19-13 with 8:30 in the first half, Flora sparked an 8-0 run with a catch and shoot three in the corner. On the following position, Jadon Cohee drove and put the ball in the air which Adenekan finished with Authority. Then Flora hit another catch and shoot off Umipig’s set up for a 21-19 lead and 6:30 to go.

“My teammates found me and we got all the small details of the game,” Flora said.
The game went into half time knotted at 28 apiece.
After NMSU got first two baskets of the second half, Seattle U took the lead with Jack Crook’s dunk from Emerson Murray’s feed. They would never look back.

Umipig, Seattle U’s leading scorer on the year, only took six shots and came away with seven points but he helped the Redhawks in other ways.

With four and half minutes to go and the shot clock waning, Umipig sank a deep three to give Seattle U some much needed breathing room at 52-48 as the game headed down to the wire. Several plays later, he set up Adenekan off the dribble drive for another finish at the rim and an authoritative stamp on the ball game. After a couple more free throws, all was said and done.

“Just because something may not be going my way or I’m not scoring, that doesn’t mean I can’t do other things or that they’re not counting on me to do those other things in the game.” Umipig said. “I just have to keep my head in the game and do whatever it takes to win.”
The win marked Seattle U’s fifth consecutive at home where they’ve only allowed 54 points a game in that stretch. They held NMSU to under 40 percent from the field and caused as many turnovers as the Aggies had assists at 11 while Seattle shot a solid 51 percent with only eight turnovers.

“You know defensively it’s like riding a bull and you just have to try and hold on,” Dollar said. “It was a beautiful type of boxing match where you jab here and there. You want to be efficient, and boy were we efficient.”
Now the Redhawks start a three game WAC road trip starting with Chicago State on Jan. 22nd.