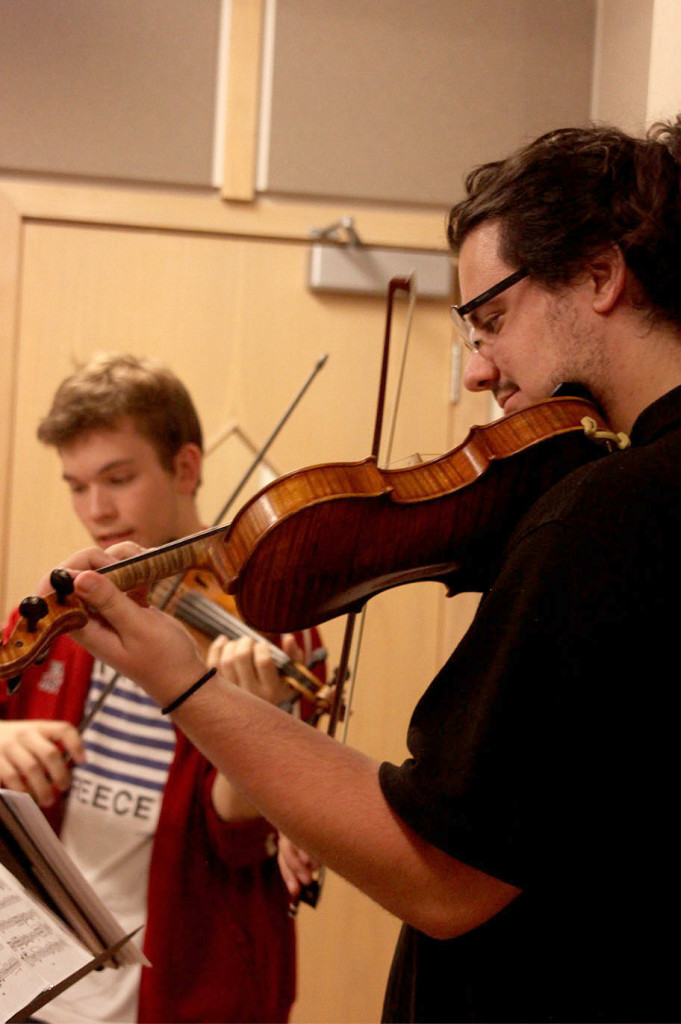 The melodies of Mozart and the sweet sounds of Schubert are coming to Seattle University this weekend.

After a long quarter of practice and preparation, the Seattle U Chamber Music Program is ready to put on their first concert of the year.

“The students have worked incredibly hard this quarter,” said Dr. Quinton Morris, director of chamber and instrumental music. “Some of them are just learning chamber music for the first time, while others are becoming more seasoned, experienced players. It’s quite liberating to see the growth in each ensemble.”

The chamber music program has undergone changes as the group is much larger this year compared to years past. It also features a greater variety of instruments.

“This year the advanced chamber class is combined with the intermediary class, which has never happened before,” said junior viola performance major Chyna Mapel. “We have a lot of non-music majors and a wide mix of different levels of playing. You get to hear pieces you wouldn’t normally hear as well as different arrangements, so that’s really fun.”

The combination of beginning performers and advanced performers has presented different challenges for the chamber group this year.

“We are seeing a wider range of ability levels and perspectives on chamber music,” said senior violin performance major Antonio Dowling. “The perspectives are interesting. The idea of doing what we do in our class for fun rather than dedicating our lives is totally foreign to me.” He noted that music majors and non-music majors alike have benefitted from the diversity of perspectives.

The upcoming concert will feature performances by duets, trios, quartets and quintets. The small group sizes make for a more intimate musical performance. The concert program features six small ensembles playing the music of composers such as Wolfgang Mozart, Franz Schubert and Johan Halvorsen, to name a few.

“Our group has been working really hard and we are playing the Schubert String Quintet in C major,” Dowling said. “It is one of the seminal works of the pre-modern era that many music critics and writers would place in their top five chamber works. It is an incredibly beautiful piece of music that was written about two months before Schubert died at 31, so it is an incredibly meaningful work in the genre, and I’m looking forward to playing it for the first time.”

This concert will give the group, especially newcomers, more experience as they prepare for other performances throughout the year.

“I am really excited to go out there and perform in front of people,” said freshman piano major Shea O’Malley. “It is a big deal for me because it is my first major performance.”

Throughout the quarter, the musicians have been working on details such as dynamics, phrasing, bringing out musical characters and playing as an ensemble. Chamber music requires groups to practice and collaborate with one another several times a week, and extra rehearsal time is often spent outside of class.

“Our piece all together is about 50 minutes, so planning out the time to do all that music takes a lot,” Mapel said. “We had to schedule a lot of out of class rehearsals and it is up to us to make sure we finish the music.”

Now the students are looking forward to finally sharing their work with other students and faculty members.

“We, of course, get our own things out of the concert and the work that goes into it, but people coming to the concert is a clear display of how supportive the Seattle U community is of the arts in general,” Dowling said. “Everyone who works this hard deserves support.”

Together the group has grown over the course of the quarter and collaborated to put together a unique and dynamic collection of chamber music works.

“The teachers have been phenomenal and it has been a great experience getting to work with such talented musicians,” O’Malley said. “Seeing how they have developed and progressed this quarter, including myself, has been really cool.”

The chamber concert is this Saturday, Nov. 22 at 7:30 pm in the Pigott Auditorium. Tickets are $5 for students, $8 for faculty and staff and $10 for the general public.

Harrison can be reached at [email protected]

A&E editor Maggie Molloy is in the chamber music program.