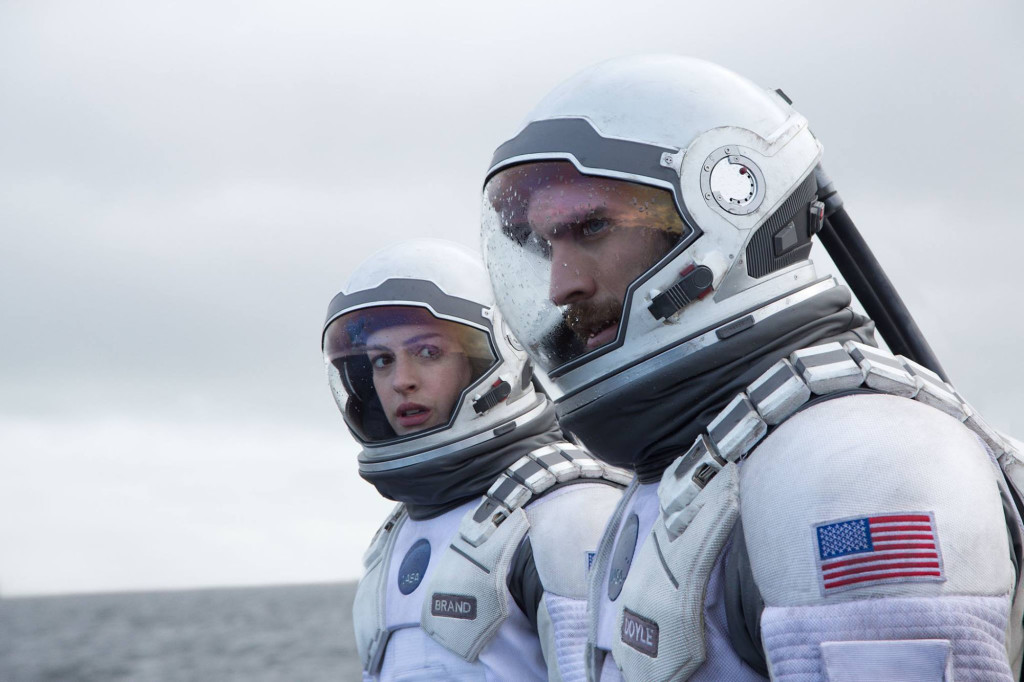 Now Nolan is following up these larger-than-life movies with a massive extraterrestrial film titled “Interstellar.”

The film uses space as a symbol not just of hope, but of exploration, a trait that has faded in the all-too-real near future, where the human population has dwindled due to constant dust storms and food shortages. Only the very upper echelons of society attend college, as most Americans devote themselves to farming.

The ever-cool Cooper (Matthew McConaughey) decides to leave his crops and, in fact, his planet in search of food and habitable land. When he tracks gravitational anomalies that appear as Morse code to find the top secret, newly-refurbished NASA headquarters, he is paired with his old boss Dr. Brand (Michael Caine) and Brand’s daughter (Anne Hathaway) to further investigate.

Cooper and Dr. Brand worked together earlier in their lives at NASA, but NASA and other government programs were shut down when the country hit hard times. But, due to the immediate necessity of a new home, Cooper is picked to embark on what could be humankind’s last space flight.

Cooper must do this all while facing fate, black holes and a slew of other challenges.

He must leave his daughter Murph (Mackenzie Foy/Jessica Chastain) at home, though she is keen for adventure. Cooper promises to come back, though he is unable to say when.

“Anything that can happen will happen,” Cooper explains to his daughter, introducing a theme of fate and destiny that is constant throughout the film.

Beautiful CGI bring to life Saturn, stars, black holes and more. Space’s haunting lack of sound is well-utilized in some shots, while Hans Zimmer’s wonderful score only augments the vastness of space and the feeling of being really, really small.

The black holes’ spinning, meshing and overwhelming motion gives the audience a dizzying look at space. Cooper’s sheer grit and determination keep the film going, when perhaps a tangible solution to Earth’s food shortages seems out of touch.

Nolan kept professional physicists with him on set, so aspects of space travel and time theories came off as very probable. Except for the few Hollywood-ized moments, Nolan is able to grip his audience and pull them closer to his characters, the team of astronauts who are light-years away from Earth.

Compared to Nolan’s other films, “Interstellar” is on another plane. Some of the trickiness and cunning that came along with “The Dark Knight” (Heath Ledger’s mesmerizing performance as the joker comes to mind) and “Inception” (five whole layers of dreaming) is traded for pure grand illusion.

The film frequently refers to “them,” beings that have placed the black hole accordingly for humans to make their voyage. As the obvious candidate for “them” is aliens, Nolan does a fine job of keeping us thinking it is something greater, something grander.
“Interstellar” explores some fascinating, fantastical scientific and astrophysical ideas and, like all of Nolan’s films, it is full of mind-blowing twists and turns.

You may have to get over watching McConaughey’s charming dimples and cocky personality take over yet another larger-than-life Hollywood hit, but trust me, this movie is worth it.