PBS Gets in the Head of SU Runner 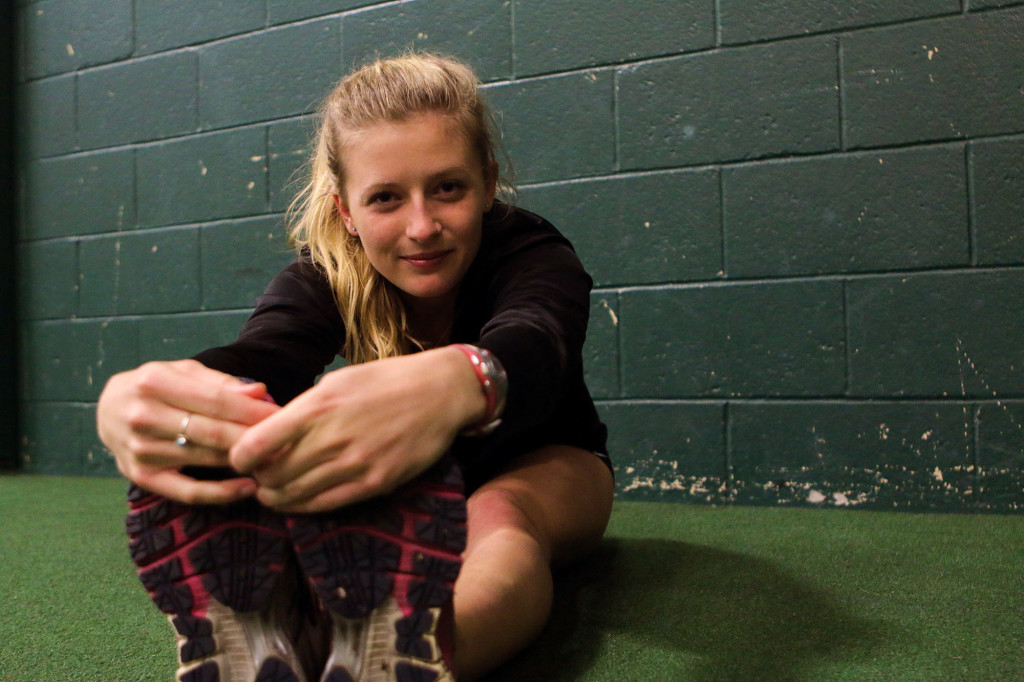 Senior Sophie Curatilo took up running in elementary school for two reasons: First, in her home state of Hawaii the volleyball and soccer teams were too competitive for her to make the team.
Second, a boy she liked told her that he only dated athletes, so Curatilo joined the track team. Then she beat him.

“And he didn’t want to date me after that,” Curatilo said.

Despite this, Curatilo decided to stick with running. Now, she will be featured in a local PBS documentary titled “The Mentality of a Champion.”

“It’s flattering having the phrase mentality of a champion and my name together in the same sentence,” Curatilo said with a laugh.

She knows that the producer wanted the documentary to target a female athlete from the Northwest, but she was still shocked that PBS approached her for it.

Not only did Curatilo take on 20 credits every quarter her freshman and sophomore years, she has less than a year until she graduates with a nursing degree. She is also part of the Navy ROTC through University of Washington, and, of course, a vital member to the women’s track and cross country team.

“When I’m at practice or at a meet, [that] is where I have to give 100 percent and every ounce of focus goes into what I’m doing,” she said. “And then after that, if I’m doing homework, everything I have goes into doing my homework.”

Curatilo’s separation of the different aspects of her busy life led her to be a good candidate for the new PBS project. The documentary, focusing on the mindset of a high level athlete, is very appropriate for the runner who tries not to think of anything before the gun goes off.

Her mentality regarding competition is one that coaches dream of and other athletes strive for.

She never thinks she has the race in the bag. She doesn’t stress out days before. Her thought process is logical and systematic, but not over analytical. She runs on pure guts and the fear of getting caught.

“It really just comes down to being the last one to slow down,” Curatilo said.

She never comes out and acknowledges it, but when asked if she is the fastest on the team, she modestly said, “For now.”

Curatilo hopes that the team being chosen for the documentary leaves a positive impact.

And, after leading the team to winning the 2014 Western Athletic Conference Cross Country Championship for the first time in school history last weekend, it looks like Curatilo was a good choice.