Seattle Brings Life to Day of the Dead 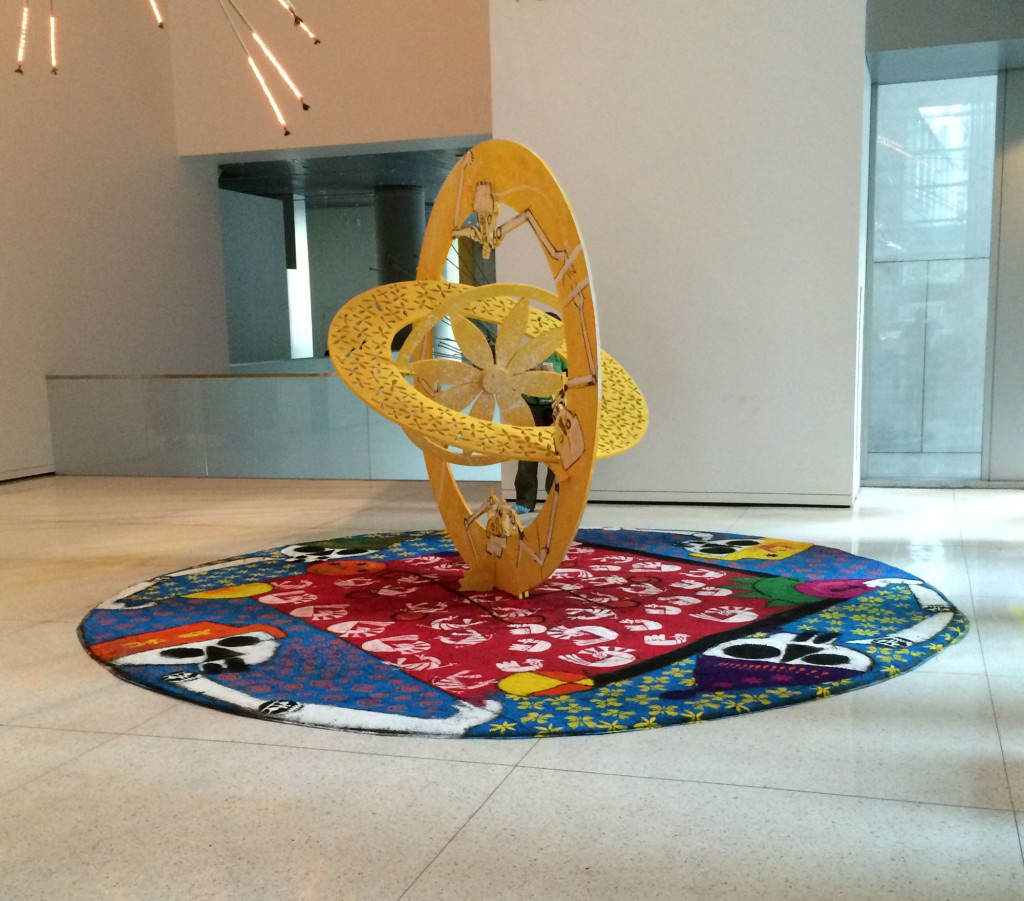 After 20 years, Seattle artist Fulgencio Lazo still struggles with how to communicate his concern for the problems that haunt his hometown in Mexico.

Oaxaca and its vibrant culture and Lazo’s Zapoteca Indian roots inspire his acrylic paintings. But the bursting colors and the unique music and dance that distinguish this southwestern Mexican state do not tell the whole story for Lazo. He is troubled by the social and political problems that face Oaxaca and his country, especially those that disproportionately affect women.

Explaining these messages is difficult, he said, but his attempt and the resulting artwork—primarily paintings and prints—has captured the minds of art enthusiasts from the United States, Mexico, France and Japan.

This weekend at Seattle Art Museum’s Día de los Muertos event, Lazo and a team of four other artists from Mexico, Guatemala and Argentina will address a traditional, community-oriented side of Oaxacan culture.

A colorful tapete, or sand painting, will sprawl across the museum’s lobby, accompanied by a plywood sculpture of an original Oaxacan flower, suspended in the gaze of four skeletons.

The circular tapete represents family and community—the intended subjects of Day of the Dead celebrations. The Mexican tradition urges the living to be in touch with loved ones that they have lost. It is a time for reflection and joyful remembrance.

Now, he is the lead project manager for the annual weekend Día de Muertos Festival at the Seattle Center Armory, where community members can enjoy traditional dance, music and food. Attendees are also invited to mingle among the brightly colored altars dotted by the favorite tokens of fallen friends and family.

Garcia said it might seem strange celebrating death with such a festive event.

“[But] it’s not just about death,” he said. “It’s more about life because we are also part of the people who died.”

Celebration, Garcia said, is simply a better way to accept loss, and to keep dead loved ones alive in one’s heart. For him, that person is his mother.

Both Lazo and Garcia argue that celebrating Day of the Dead and sharing those traditions, aesthetically or otherwise, is necessary for keeping the culture alive.

According to Seattle University junior Luis Rodriguez, that is especially important today.

“[Day of the Dead] is no longer a big thing,” said Rodriguez, who was born in Mexico. “A lot of children [nowadays] are taking up the idea of Halloween.”

As he sees it, older generations are the ones celebrating the holiday, which has its roots in Mexico’s indigenous cultures. After he and his family moved to the U.S. 17 years ago, even Rodriguez’s parents have shied away from the tradition.

In fact, Rodriguez began to learn more about his Mexican background when he came to Seattle. He has helped promote Day of the Dead as a resident assistant in Xavier Global House. Last year, with the help of Spanish professor Diana Luna, he organized a series of altars dedicated to global tragedies, including the Sandy Hook shooting and the 1968 student massacre in Mexico City.

This year, as in years past, Rodriguez will likely leave a photo of his grandfather and a note for him at the Day of the Dead altar in the Chapel of St. Ignatius.

“I would like to think that it’s true, that [our loved ones] do come back, and that they do visit you,” he said. “They’ll come and visit me and see that I’m okay.”

Day of the Dead is a “beautiful thing” for his family, Rodriguez said. He appreciates the celebration’s emphasis on acknowledgment. He remembers fondly his grandmother and his father celebrating his grandfather.

“And now I’m doing it,” Rodriguez said. “It brings me comfort.”